Ahead of his Sydney Opera House performance Kurt Vile talks anxiety, rising to the occasion and why live shows tend "to rock a lot harder than the record"

What do you have planned for the show?
I don’t think I’ll play some brand spanking new song, but there are certain songs from the new record I haven’t played live yet, so I’m going to try and bring those together.
It’s different all the time. Whatever dorky things I’ve been listening to non-stop always show up in my live shows, in ways that only make sense to me.

Do you find spaces as formal as the Opera House challenging?
Seated spaces have definitely freaked me out in the past, but I think that I’ll rise to the occasion this time. We’ve had enough music under our belt since the last time I played a seated theatre, that I know how to force myself to live up to the occasion.

Do you have any special pre-concert rituals that get you into that headspace?
Aside from drinking tequila? Which I don’t do all the time. I find that I get nervous before I play. Even sound checks can give me anxiety, and screw with my mind. But as long as I can play a little acoustic guitar backstage if I’m feeling nervous, so I don’t have to walk in there cold turkey, I’ll be fine.
Even in life I find if I get stressed out and someone hands me an acoustic guitar, preferably mine, I slip into a different head space. That’s obviously the plain you want to be on when you’re on stage too.
It usually just tends to rock a lot harder than the record.

Is that kind of nervousness something that helps you creatively?
Probably. I definitely have relapses of stress. Most human beings are like that. But I think ultimately, music is a therapeutic situation. Once you start playing, it all just gets resolved.
If I’m not even playing, then I’m thinking about music, which can create an inertia situation, where you’re not even moving at all, so you don’t want to move. Then once someone just puts that guitar in your hand, you slowly melt into this more laid-back individual.

Is that how you write? By letting things build up in your mind and then releasing it?
For this record, yes. I was very cerebral. I was picturing songs and lyrics fully formed in my head. While on the record before, I was getting lost in the guitar, letting the lyrics come later.
It’s only recently that I’ve started playing again a lot, and there’s maybe a lyric or two that comes from that, but I’ve mainly been lost in the music.
Sometimes you can play guitar, and be melodic and the actual notes are sort of lyrical anyway. The physical lyrics can come later.
I have harmonies and soulful stuff in my head, but not so many words yet.

A lot of your latest album was recorded at studios near where your collaborators are based, rather than on your own home turf. Why did you seek out that dynamic?
If I sit in the same square room and work on something too long, I feel like you just go mad. I benefit from a change of scenery, it’s always inspiring. And then they’re in their comfort zone. Also, you don’t have to worry about putting anyone up in a hotel. I can put myself up in a hotel!
I feel like this next record, I’ll try and stay put a little more.

Who from the record will you be bringing out with you?
Rob Laakso, he’s my wingman, a multi instrumentalist and engineer he’ll be coming with me. And my whole band. The whole band will be there.

What about Stella Mozgawa (an Australian drummer and Warpaint member, who collaborates with Vile often)?
If she’s in town, you can most likely expect that, yes! (Ed note: It's been confirmed. She will be joining him on stage.)

Do you have downtime plans?
I feel like nowadays you get used to not doing anything but playing. I love Australia, it’s only my third time here, so I make it a point to do stuff on my off days when I’m there. I’ve made a lot of friends in Australia, I have plans to hang out with certain people and play music with them. My family will meet me out there as well.

Should we be looking out for you sitting in a park jamming?
In Melbourne, yes. You might see me drifting around with friends and family.

Kurt Vile will play the Sydney Opera House on Thursday the 7th of January. 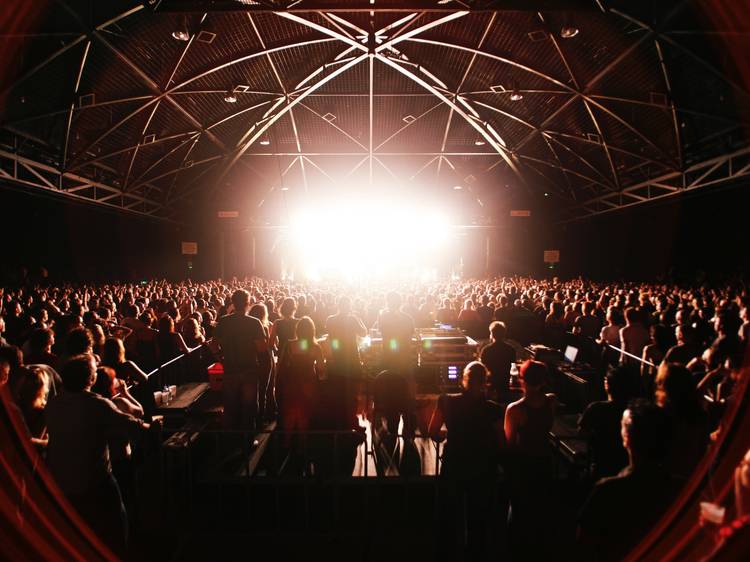 The best music venues in Sydney