The crisis means she won't be heading back to Australia any time soon, but it won't stop her work ethic

West Hollywood-based, Sydney-born Jacki Weaver misses friends and family back home in Australia terribly, but she tells Time Out it’s unlikely she’ll be jetting back soon. “Two weeks in a stinky hotel doesn’t appeal to me,” she chuckles.

The venerated star of stage and screen laughs an awful lot. An incorrigible giggle, laced with an unmistakable hint of cheekiness, is never far away. It’s a far cry from the thin veneer of a sneer she wore as Animal Kingdom’s Janine ‘Smurf’ Cody. Writer/director David Michôd’s 2010 hit turbo-boosted Weaver’s already impressive career, scoring her the first of two Oscar nominations (followed by one for Silver Linings Playbook two years later).

“Most of the time I love it,” the 73-year-old says of the whirlwind. “I’m getting to see parts of America I never dreamed I would. I’m no spring chicken, though, and now and again I think I should be allowed to retire.”

Before I can stop myself, “please don’t,” slips my lips. Apparently her husband, South African actor Sean Taylor, agrees. “He won’t let me. He just said that.”

Her fellow Sydneysiders can catch her latest movie, Stage Mother, in a double bill with The Adventures of Priscilla, Queen of the Desert at Blacktown’s Skyline drive-in on Saturday, September 26, as part of the Queer Screen Film Festival. The rest of Australia can watch it online, thanks to the Melbourne Queer Film Festival, before its official digital and DVD release on October 7.

Weaver plays Maybelline, a conservative Texan mum estranged from her gay son. But when he dies tragically, she finds herself in sudden possession of a drag bar in San Francisco. Her showing up to take stock of the business does not please grieving partner Nathan, played by Devil Wears Prada’s Adrian Grenier, leaving his bestie Sienna (Lucy Liu) to negotiate peace. The film’s bridging of left and right identity politics is, perhaps, exactly what America needs right now. “It’s ultimately a love story about acceptance, forgiveness, and moving on,” Weaver suggests. 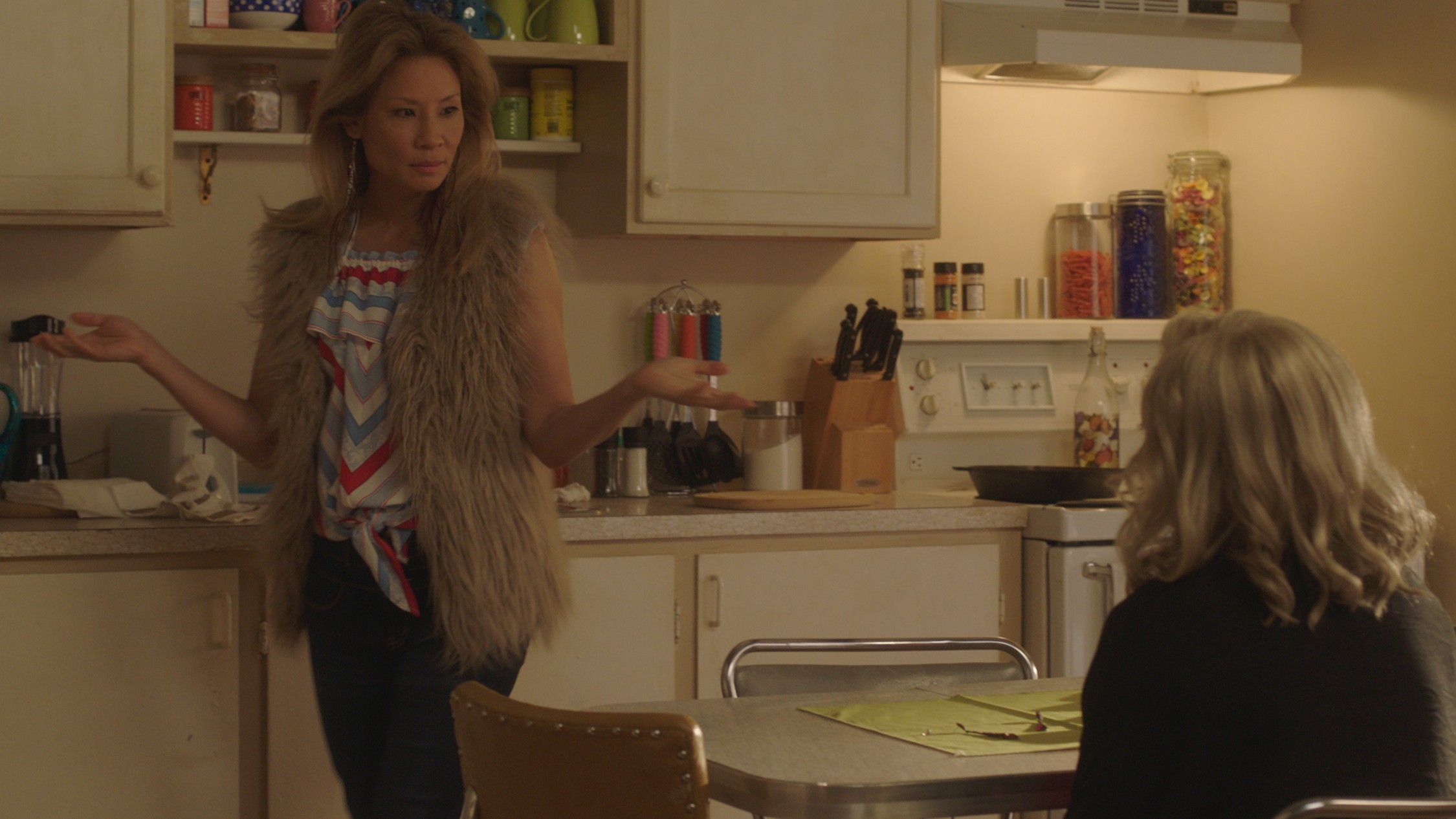 When it premiered at the Palm Springs International Film Festival in January, a 1,000-strong crowd including local drag queens lapped it up. Weaver’s a big fan of the art, so it was a thrill to appear alongside Los Angeles legend Jackie Beat. “We’ve been to see her performing live and she’s brilliant,” Weaver says. “She’s a fabulous singer in her own right, and very quick-witted.”

Adding to the fabulous, Stage Mother’s drag coterie also includes Tangerine star and trans woman Maya Taylor. “She’d never done drag before, and neither had any of the boys. Of course, as soon as they got the drag on, they couldn’t get over themselves.”

Weaver got close with director Thom Fitzgerald, who also worked with Olympia Dukakis and Brenda Fricker on heartfelt queer drama Cloudburst (2011). “He said to an interviewer, ‘we just fell in love’. And I thought, ‘it’s true’. I fell madly in love with Thom in that special way gay men love women. We still text a lot.”

Yellowstone aside, the rolling crisis in America ensured a break for the ever-busy Weaver, with four projects cancelled or postponed this year, but I doubt it will be long before she’s back at it. Apparently there are no hard feelings between her and Anjelica Huston, who infamously criticised Weaver for appearing in retirement village-set comedy Poms. That prompted a rare clapback from Weaver, who suggested Huston could, “go fuck herself”.

Weaver chuckles cheekily once more. “Oh look, I shouldn’t have said that. I spoke in defence of director Zara Hayes. I love Zara and I just saw red, but Anjelica’s a lovely woman, and I think she laughed about it.”

Our chat turns towards this strange awards season, with the Oscars pushed back until the end of April 2021. Weaver recalls what it was like losing out to Melissa Leo in The Fighter when she was up for Best Supporting Actress for Animal Kingdom in 2011. “I know it sounds corny, but just being named one of the top five in your profession is very gratifying. You get this stab of disappointment when the other name’s announced, followed immediately by this huge wave of relief that you don’t have to go up there and make a speech.”

Mostly she was just nervous about what Taylor would say. “I was just worried he’d jump up and shout ‘wrong, rigged, get off.’ He was so cross I didn’t win,” she laughs.

He’s not the only one. “I was standing on a red carpet a few days later, and Bette Midler was at the other end. She turned around, saw me and shouted [assumes very good Midler accent], ‘You were robbed’.”

With Weaver in this world, we all win.