Selecting the perfect space to locate their first Sydney outpost was no easy task, but there was one immediately good omen that convinced James Irvine, the creative director of Melbourne’s Four Pillars gin distillery, that the 1939-built, heritage-listed Bussel Bros site on Crown Street was just the place they’d been searching for. “For me, the thing that struck me immediately was that the main venue space has four pillars in it,” Irvine says with a wry smile. “It felt like the universe was telling us something.”

Over the past several months, while the majority of Sydney’s hospitality sector has been in hibernation due to government health orders, the Four Pillars team has been hard at work creating a sophisticated new gin joint in the heart of Surry Hills. The venue has three distinct parts: its street-facing gin shop, which has been trading since the end of May; its ‘Gin Lab’, where workshops on the botanical intricacies of gin making will be hosted; and Eileen’s, an intimate cocktail bar with a seasonal menu of gin-based delights heroing both Four Pillars’ most popular varieties and its limited-edition specialities. 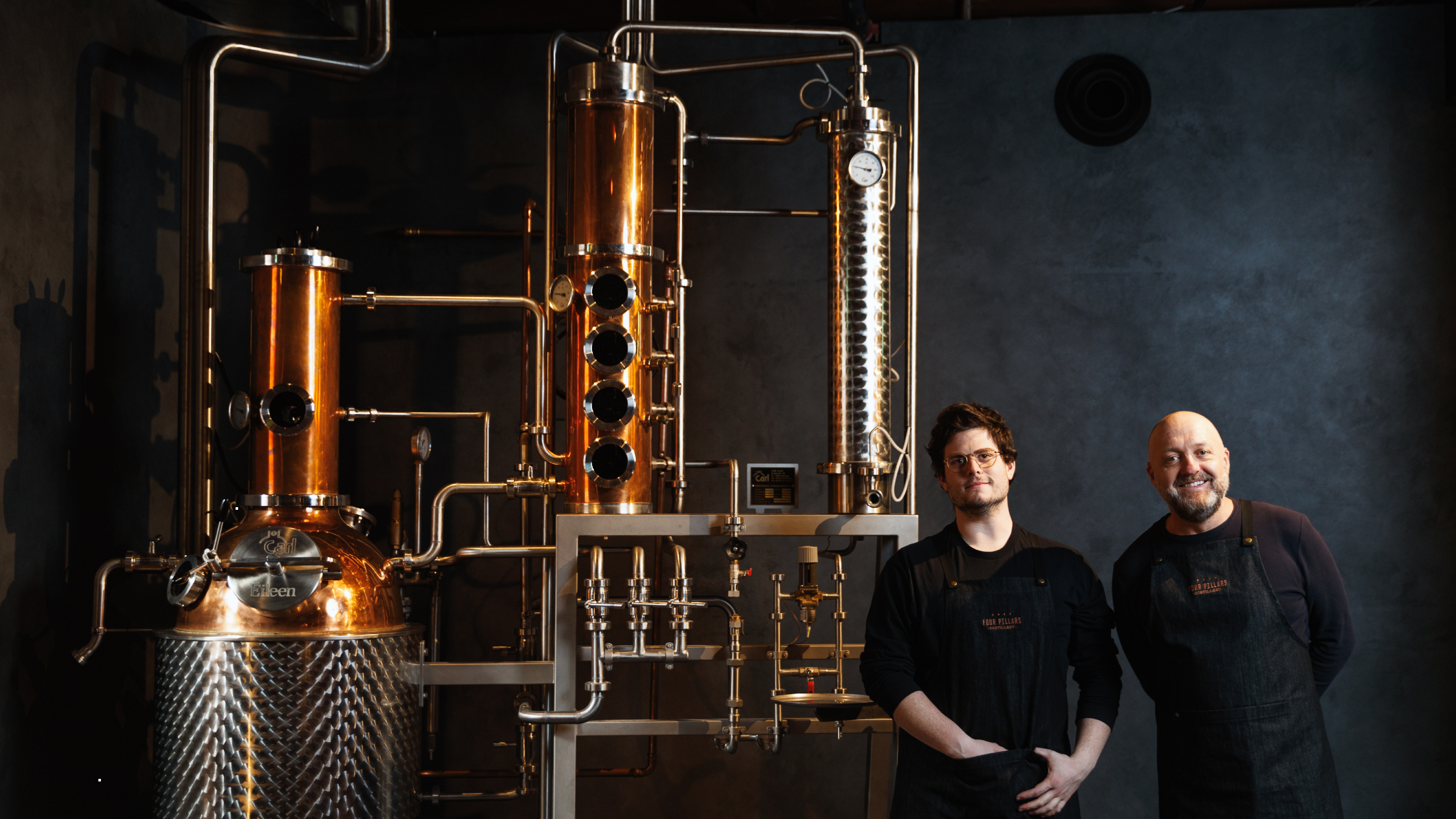 Entering the Gin Lab and Eileen’s has an almost speakeasy vibe, as a heavy, barn door-style wooden panel in the bright and airy shop rolls back to reveal a mysteriously lit stairway. At the top of this flight, guests are greeted by a very special member of the Four Pillars Team – Eileen herself. New in town, having just moved to Sydney from Four Pillars HQ in Healsville, this 7ft tall, copper-clad lady is a bespoke 70-litre ‘experimental’ still – one of five Four Pillars have imported from Stuttgart. “They’re without doubt the best gin-making machines in the world, bar none,” Irvine says emphatically. “The waiting list for one of these is at least 12-months, but they’re worth the wait. We’ve just commissioned our sixth, actually.”

And she’s not just for show. A prominently displayed sign warns visitors not to get too close, as Eileen is still hard at work on future batches of Four Pillars. But aside from her impressive network of the pipes and vessels, don’t expect the Gin Lab to look much like, well, a laboratory. The vibe here is more cosy kitchen island than Frankenstein’s lair. “I like to think of it as a chef’s table, where guests can gather round, see things in detail,” Irvine says. 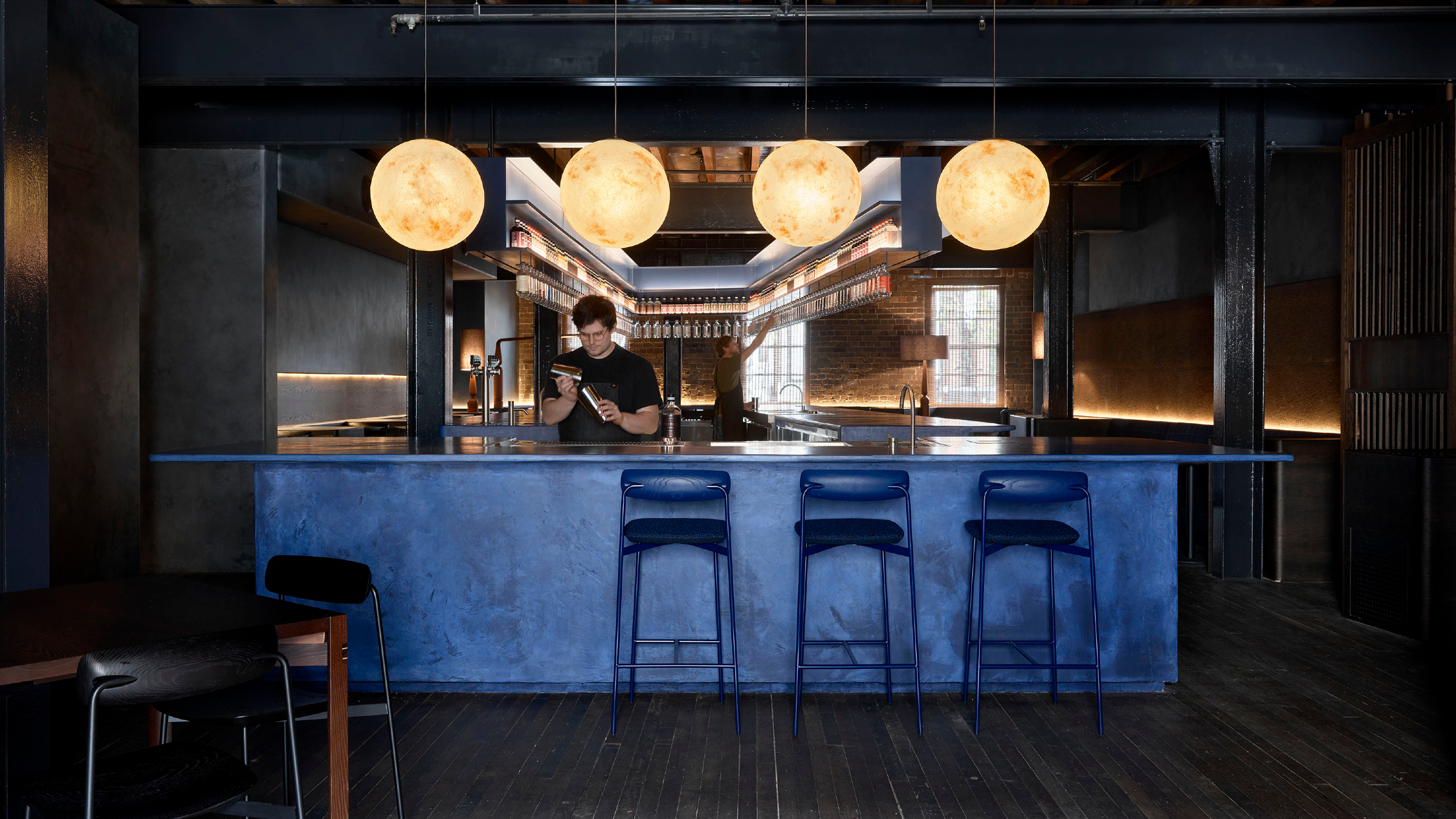 There will be special workshops held in the space, which are already proving to be a big draw – more than 20 have already been booked. When class isn't in session, casual punters will be able to come in during the day – the lab is open from 10am to 6pm daily – and sample an introductory showcase of Four Pillars' quintessential “favourite four”: the rare dry, spiced Negroni, navy strength, and of course, the wildly popular bloody shiraz, paired with complementary tonics. There will also be a classic Negroni and a Martini on offer, featuring the Sydney winter gin, distilled in Eileen and infused with locally sourced fennel, ruby grapefruit, pepperberry, turmeric, ginger, roasted wattleseed, coriander and arguably Four Pillars' signature botanical, lemon myrtle.

The flow of the space from the lab into Eileen’s is seamless, but with its carefully calibrated lighting, booth seating, and impressive central wrap-around bar, this is undeniably an evening space. Its seasonal menu of cocktails is a celebration of gin’s versatility, with surprising and quirky flavour profiles. Take for example the Tash Sultana, created in honour of the Aussie musician, which combines the sherry cask gin with muscatel, pineapple botrytis, fig vinegar and caramel, all made in-house. And like any bar worth its salt in Sydney, there will also be a menu of gourmet snacks, as well as a selection of wines, beers and ciders, for any patron who arrives inexplicably seeking something other than gin. 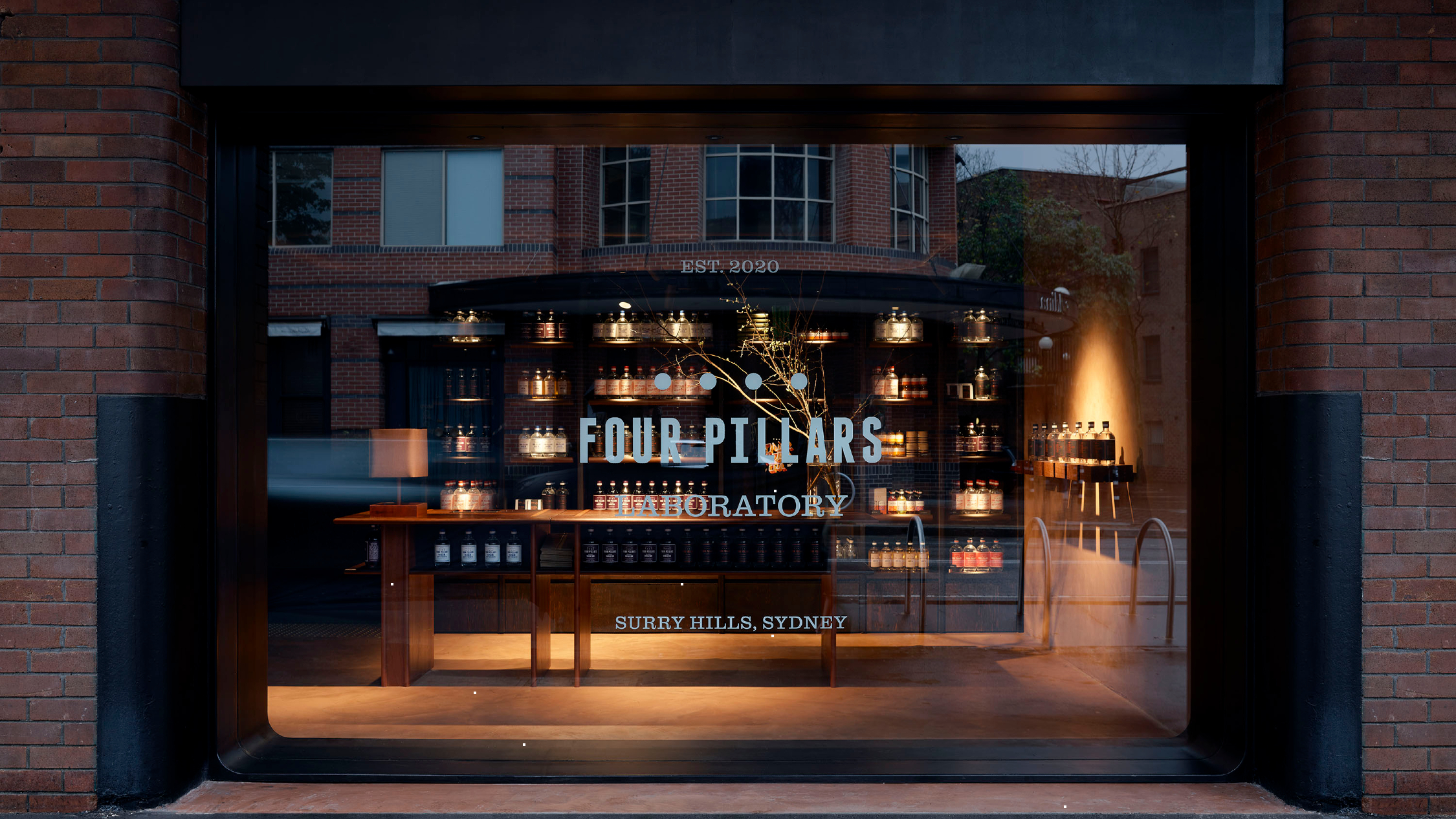 While Four Pillars' Sydney venture has been hotly anticipated, Irvine is quick to insist that “home will always be Healsville and the Yarra Valley. That’s where we’ll continue to make all our gin, full stop.” Sydney’s Gin Lab has nonetheless been a passion project, not just for Irvine, but for the whole Four Pillars team. “We love making gin. We sure as hell love drinking gin. But we also really want to push the paradigms of gin drinks. That’s just the way we do things,” Irvine explains. “And we see a lot of that same spirit in Sydney. There’s such a good drinking culture here, and that’s why we had the confidence to open a venue that is all about the drinks, all about the atmosphere, all about the experience. Doing that in Sydney just made sense.”

Four Pillars aren't the only new arrival in Surry Hills. A stunningly detailed mural of Adam Goodes has appeared on the corner of Crown Street and Foveaux.