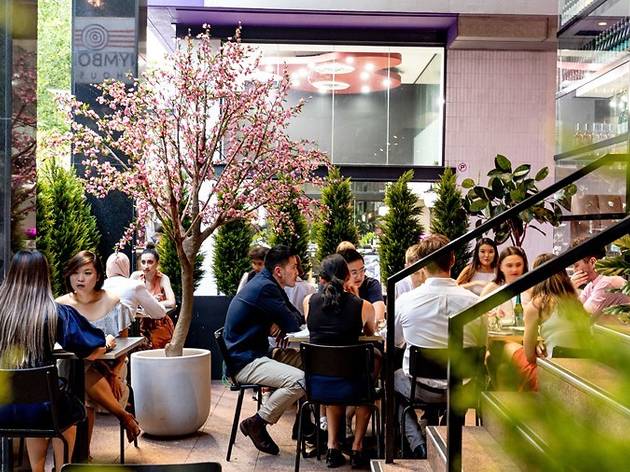 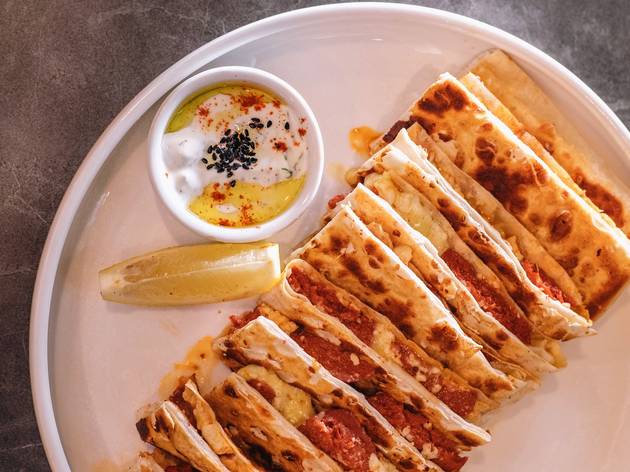 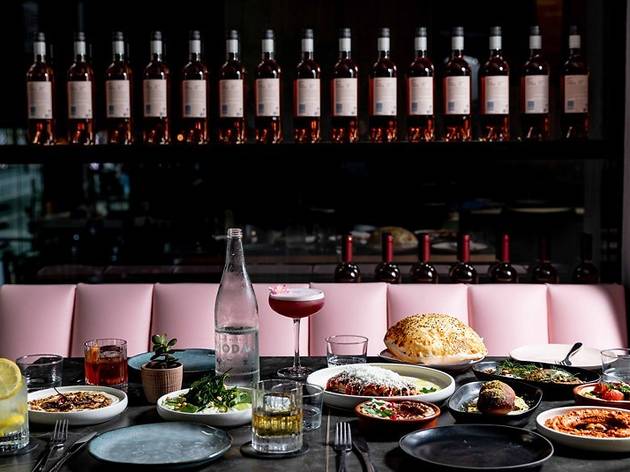 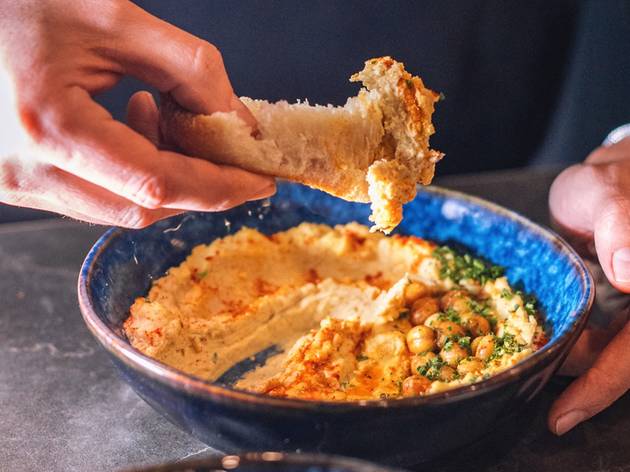 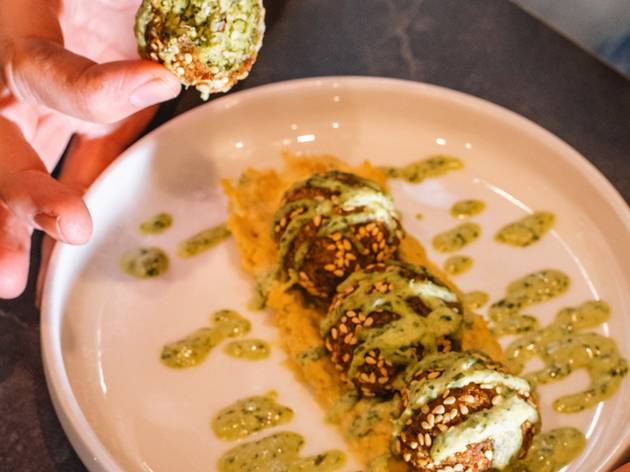 Lofty Middle-Eastern share plates have set up in an airy, glass-walled space in Sydney's CBD

Owners Efe Topuzlu and Ozgur Sefkatli opened the doors on their new venture on the same day that lockdown restrictions first came into place in mid-March of 2020. Despite the inauspicious beginnings, Above Par quickly pivoted to offering takeaway, and has since re-opened to offer its spice-laden, Istanbul street-style share plates to its customers for dine-in. Since its recent announcement of a new head chef in Enver Katranci – who was previously the head honcho at Rockpool Dining Group – the eatery's star seems to keep on rising.

Now, it's mixing up its offering with brand new, velvet interiors and a leafy garden entryway with a cherry blossom tree at its centre. The new look is accompanied by a fresh menu featuring a heavily Instagrammable puffy bread. Unlike Totti's viral sensation though, the lavas is Turkish in roots, baked to order and drizzled with Turkish olive oil and scattered with sea salt.

For lunch and through to a late-night dinner, mezze-style sharing dishes are key. Plates like roasted cauliflower on a sweet potato purée and brown butter, haloumi dotted with tart, sweet currants and roasted in honey, a lamb kofte served with broad bean salad are not too heavy and work around each other seamlessly. Grab a basket of just-baked Levant bread to dip into bowls of chilli labne, beetroot muhammara and mutabal, a babaganoush-like roasted eggplant dip. For dessert, the indulgent, flaky katmer pastry is reminiscent of baklava, but arier. Topped with pistachios and filled with clotted cream, the dish is classically served for breakfast in Istanbul along with a cup dark, Turkish coffee – but it works as an ideal sweet finish, for those not game enough for a sugar rush so early in the day.

Above Par is open late for dinner Wednesdays through Saturdays, when you might be craving some dips and mezze before heading home, and until 10pm on other evenings. DJs will be hitting the decks on Thursday, Friday and Saturday nights.