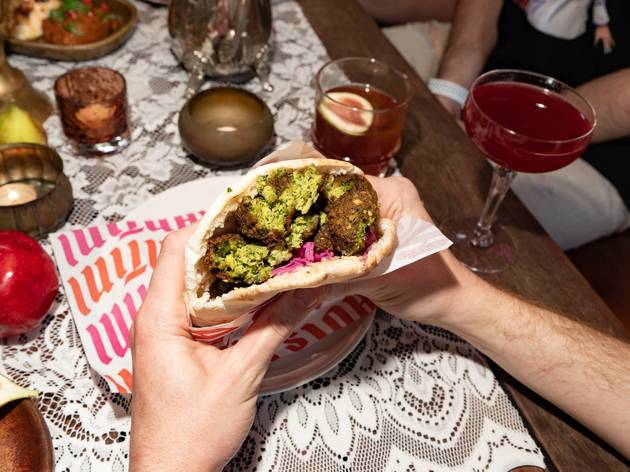 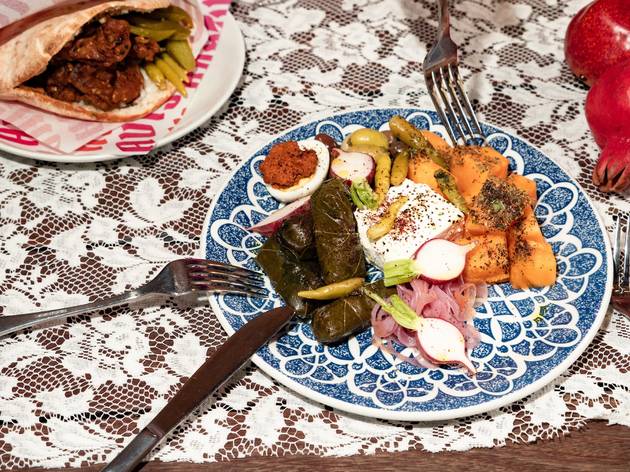 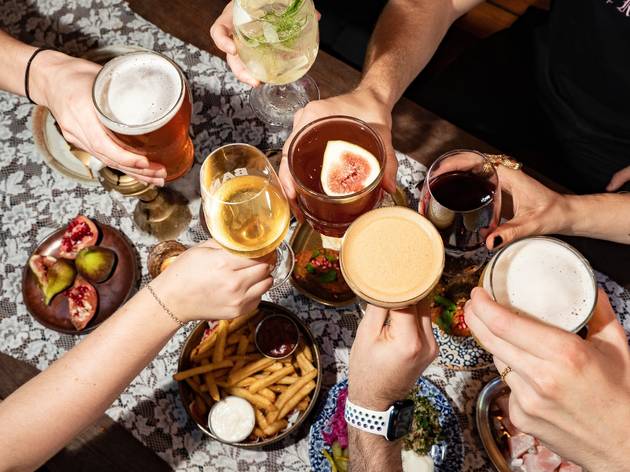 A new eatery comes to the Bank Hotel, with Levantine flavours, a pide menu and rosewater-infused cocktails

Since lockouts were rolled back in Sydney and a swathe of red-tape-cutting legislation was passed last year – not to mention the return of dancefloors – there's been a lot of talk about the revival of the city's late-night scene. But to be able to dance all night, you need all-night sustenance. And that kind of sustenance is best delivered in pita form.

A funky, Middle Eastern-inspired eatery has popped up above the Bank Hotel in Newtown, so you won't have to wander far when you're looking to keep the party going on King Street. Avi's Kantini is doing a range of the usual suspects, including pide, pita, dips and mezze. Start with a Turkish-style, lamb-topped balzama, or flatbread, pick over platters laden with dolma, olives, pickles and ciftlik cheese, and scoop up some muhammara and baba ganoush with soft pita. There's a whole pide menu, too: choose from fennel and tomato; potato and feta; or a pide topped with spicy sausage, pumpkin and goats cheese.

For a little more substance, mains include rump steaks, lamb shish and fish gűvec, a traditionally Turkish dish where fish, couscous, fennel and capsicum are baked in a stone pot oven with a dash of chilli and fragrant parsely. Or, go for the (reasonably priced!) banquet for $45, where you'll get a little taste of everything – there's a plant-based version, too.

This being the Bank, renowned drinking hole for Inner West locals and fly-ins alike, there are also cocktails. Curated by Ed Loveday (previously of ACME and Bar Brosé), flavours focus on the Levant: drinks are infused with arak, sumac, pomegranate, saffron, and bergamot. Try a Karpuz (‘melon’ in Turkish) with tequila, watermelon, rosewater and lime, or the Nar ('pomegranate') which blends its namesake with sumac, falernum and lime.

Check out Avi's Kantini at the Bank Hotel, 324 King Street, Newtown. The eatery is upstairs but you can order its menu anywhere in the Bank. It opens Thursday, May 6.