On a clear autumn evening, fine dining inside the Opera House sails comes with views to the Quay on one side and fireworks going off on the other thanks to an outdoor production of West Side Story. You’re basically living a Qantas advertisement over three courses and stunning wine, because dinner at Bennelong is as peak Sydney as it gets – you’ve ticked off world class chef, waterfront dining, famous architecture and cultural institution in one fell swoop.

Who needs to climb the Bridge when you can gaze upon this feat of engineering while eating a perfect Moreton Bay bug tail that has swapped its hard shell for a crown of edible flowers? The bug comes framed in a glossy, creamy lemon and brown butter emulsion whose rich largesse is stopped in its tracks by interjections of sharp lemon jam. And depending on your sea legs, you might prefer to simply watch the balletic parade of ferries in and out of the Quay over a thatch of housemade shiitake noodles, thrumming with a deep savouriness that meets an equal umami echo in a clear broth spiked with soft tablets of wobbling pork belly.

Dining inside those famous Utzon sails you feel a little like Jonah, as concrete ribs arch overhead to a lofty apex and all sightlines lead to the wall of angular glass windows that frame the city’s most famous assets. Here the air smells like buttery pastry, and the lights look like molten quiksilver. There is drama to this dining room, which is only fitting when you’re sharing a landlord with the most famous concert hall in the country.

And yet all this splendour hasn’t resulted in venue defined by exclusion. In fact, it’s quite the opposite. In a show of inspired egalitarianism, Bennelong allows you to visit in many ways on many budgets. There’s the bar, where you can get an excellent concentrated experience with cocktails, red claw yabbies served with pikelets and lemon jam, and one of the famed Peter Gilmore desserts that made the trip across Campbell Cove from sibling restaurant, Quay. Or you can dine swiftly but more resolutely at the cured and cultured bar, which is a snappy 15-item compaction of the full offering.

If you still want the elegant service, the table linens and all the whistles even though time is your enemy, they also have a pre-theatre menu that kicks off just after 5pm to ensure you’re in your seats by the time those theatre bells sound.

But every Sydneysider should play tourist in their own city at least once and go for the full dinner experience, which might include four multipoint ravioli filled with chestnut and ricotta. It's a textural sampler, mixing the smooth, soft comforts of pasta studded with smoked hazelnuts that crunch with the percussive force of a winter forest walk. Or perhaps they’ll be offering a confit duck, bronze and crisp in all the right places to parry the sweetness of persimmon and sharp jabs from pickled mushrooms.

The sweets here enjoy exalted status on Sydney’s dessert line-up, achieving cult-like devotion almost as soon as they’re created. There’s the cherry lamington in a cloud of frozen white chocolate curls, or the pavlova shaped like the building it’s served in. A recent addition is a reworking of the suburban bakery treat, the neenish tart. It’s unfathomably rich for something so thin and crisp and is served with a ferocious raspberry ripple ice cream so intensely fruity it feels like augmented reality. Or for sheer theatrics, how can you go past the ‘chocolate cake from across the water’? As hot sauce is poured on top, the disc containing eight textures of chocolate melts like a star collapsing in on itself, but instead of destructive gravitational forces it releases cake, mousse, meringue and cream in a confectionery lava-flow.

Dessert alone is reason enough earmark the funds for a visit, but the fact that Bennelong manages to coalesce everything that is great about Sydney into a single fine-dining experience is what makes it one of the city’s genuine bucket list dining experiences. 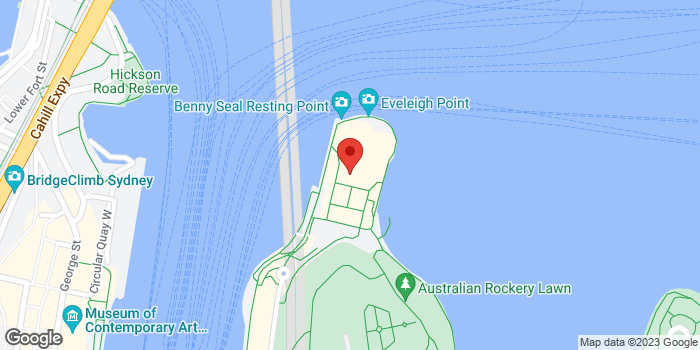