Restaurants Haymarket
Recommended
4 out of 5 stars 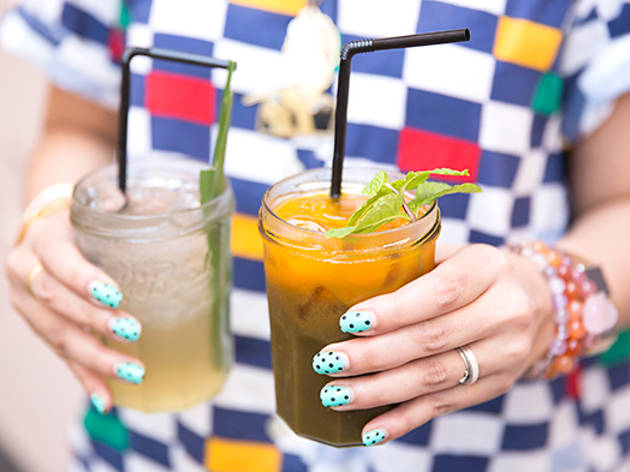 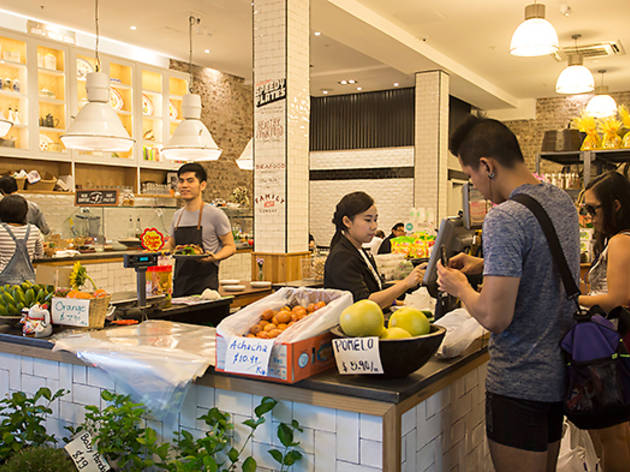 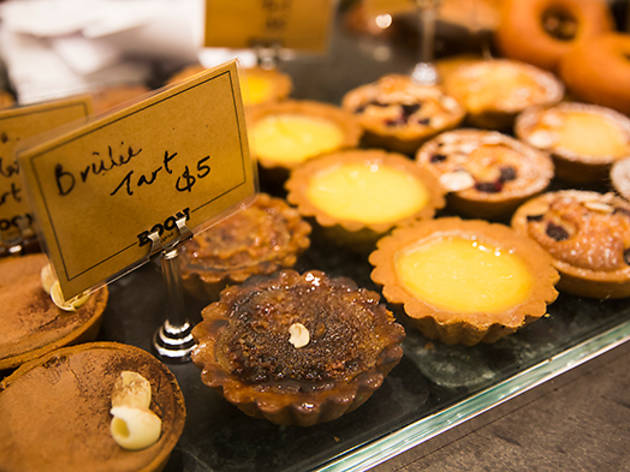 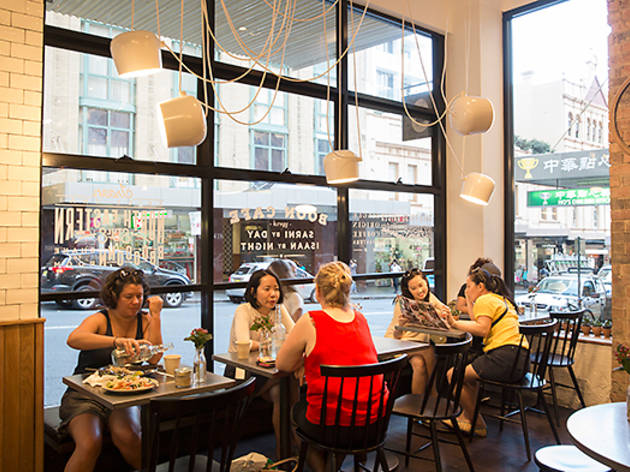 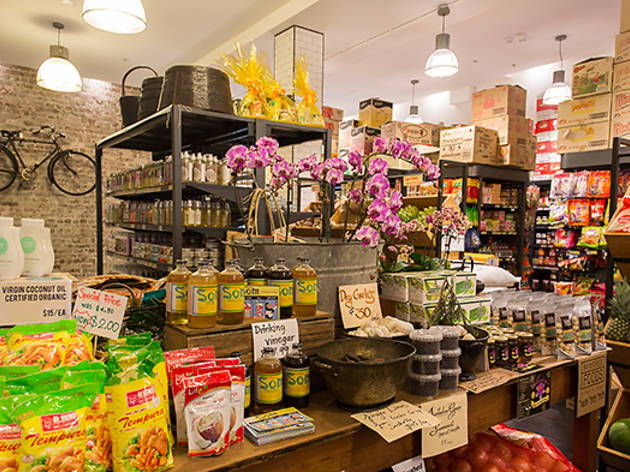 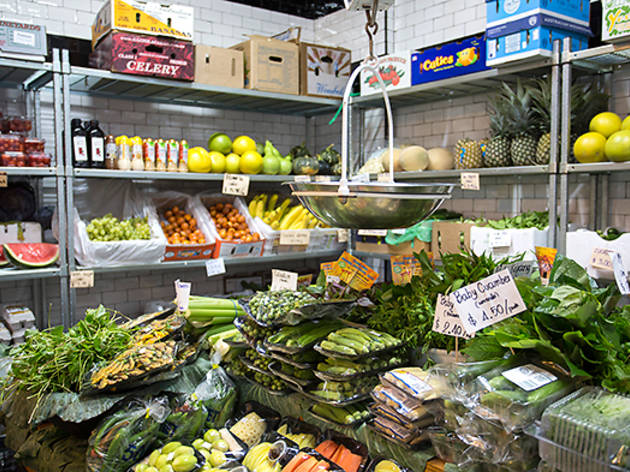 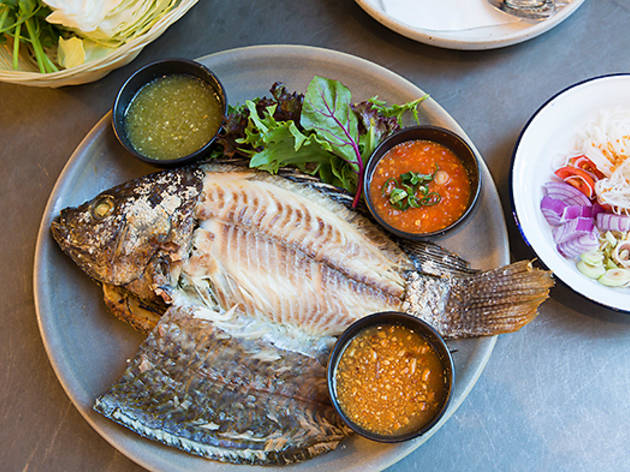 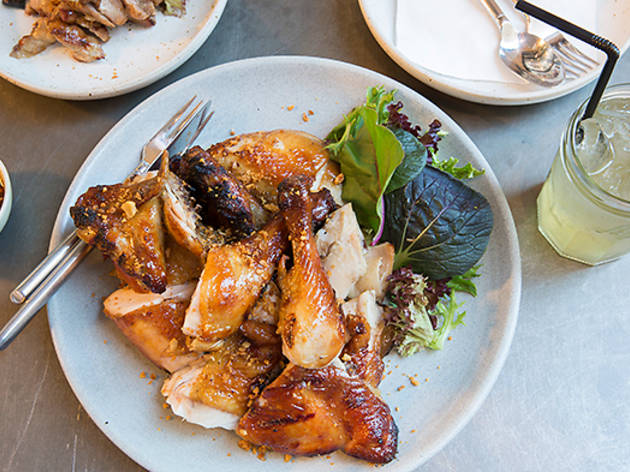 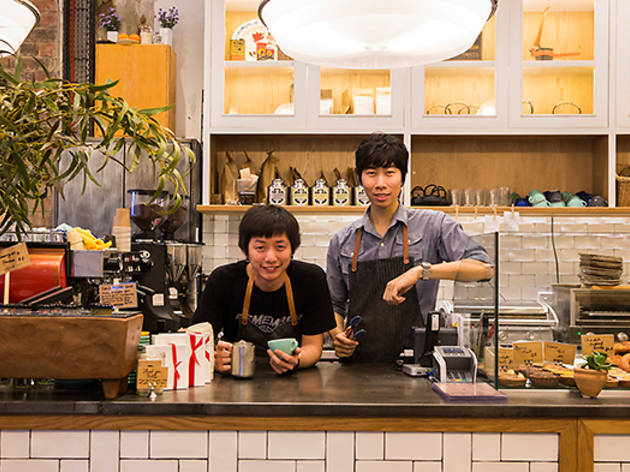 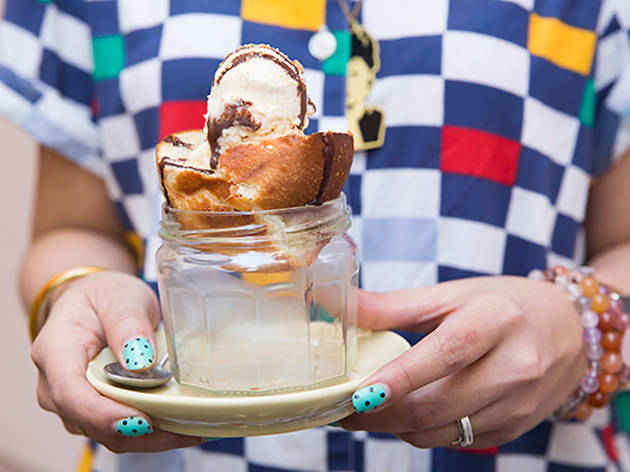 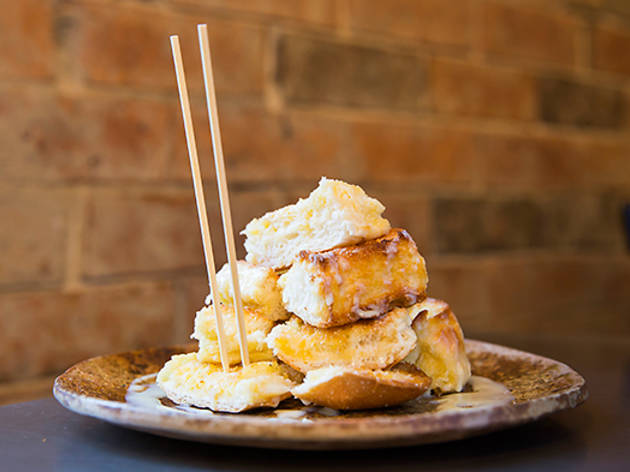 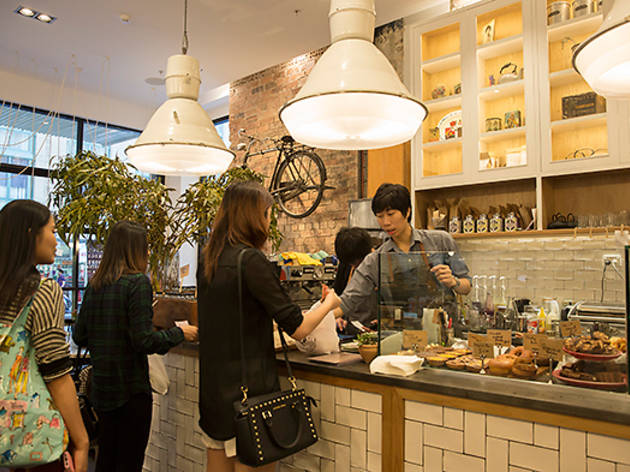 Exciting eats and well-stocked shelves... this two-in-one venue is a Thai flavour adventure park in the heart of the city

Chat Thai, everyone's favourite late-night purveyor of banana fritters, has branched out. They've gone and opened a new Asian grocer that also doubles as a café offering Thai sandwiches by day and northern Thai cuisine at night. The white-tiled walls and big windows looking out on Pitt Street give this place the sort of designer dried goods vibe that compels you to empty your wallet on imported lime paste, kitchen gadgets and dried mango sheets.

But the left side of the room looks like a traditional Australian café: you've got your glass display case lined with chocolate tarts, sweet buns, and scrolls. In addition to your flat white or tea (leaves courtesy of Tea Craft), they do Thai coffees, Thai red teas and cold-press juices supercharged with tumeric shots for an antioxidant boost. You can also order up toast with condensed milk custard, pandan custard or salt caramel if you like to fly high on sugar first thing in the morning.

At night, everything looks the same – except it's not. That's because the menu changes from Thai sandwiches to Isaan fare. Order the grilled pork jowl and barbecue chicken to start off. Then, it's time to brave the bracingly spicy chicken curry with eggplant, pumpkin, lemongrass and dill. And if you don't mind getting your hands a little messy? A whole, fried freshwater fish coated in a potent mix of chilli, red onion, ground rice, coriander and green onion will have you reaching for extra serviettes - we'd even bring our own wet wipes next time. A lemongrass and pandan tisane helps cool the burn, or there's BYO for three dollars per person if you like to fight fire with wine.

Boon isn't just a Thai kitchen located inside a grocer – though that setup is a pretty nifty two-fer on its own. This sleek new operation is also, well, a boon for a culinary scene that's not short on Thai options but fatigued by one too many middling massamans. They've made dinner exciting and grocery shopping fun. Just take our money already.

Near Boon Cafe at Jarern Chai