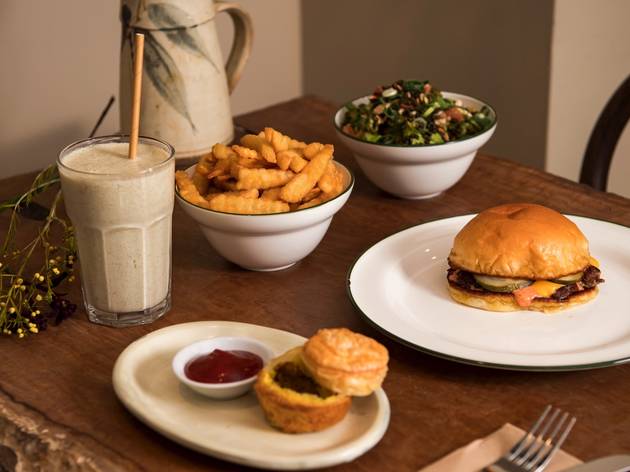 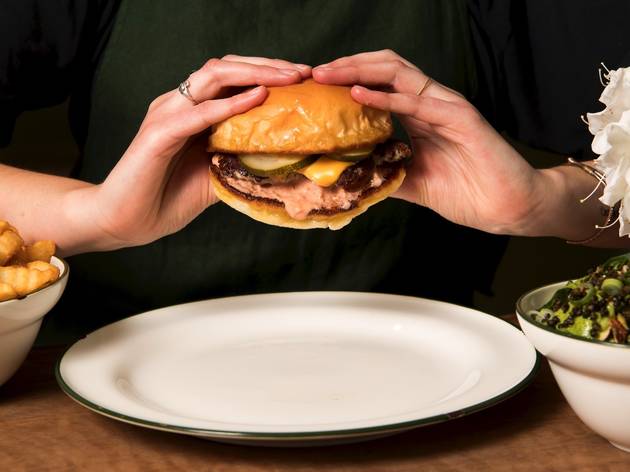 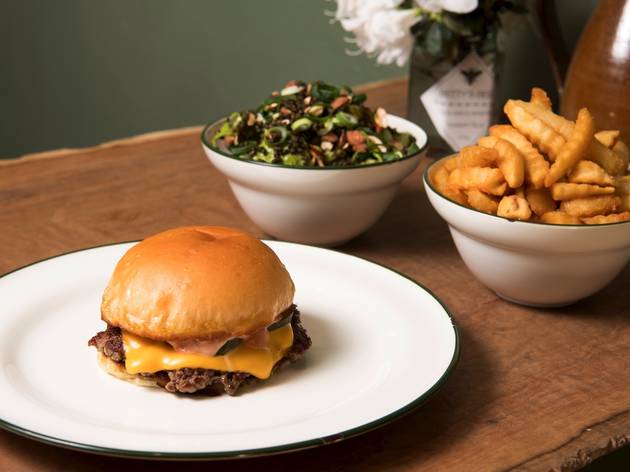 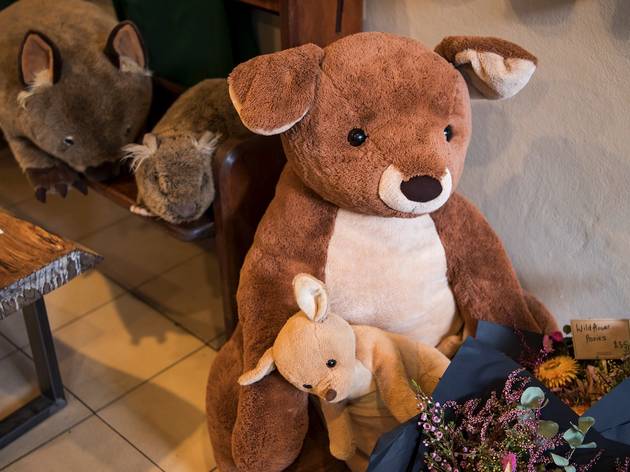 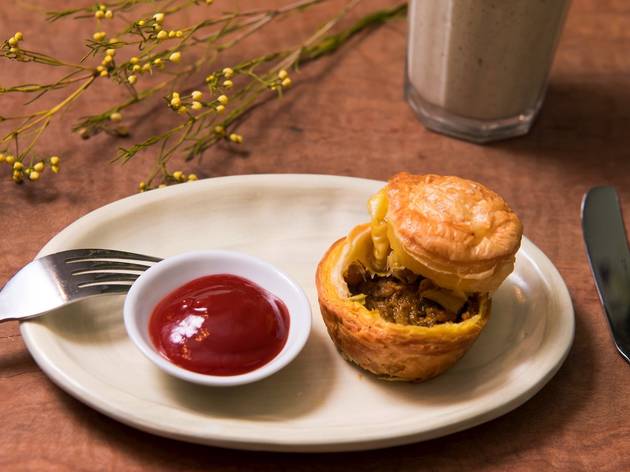 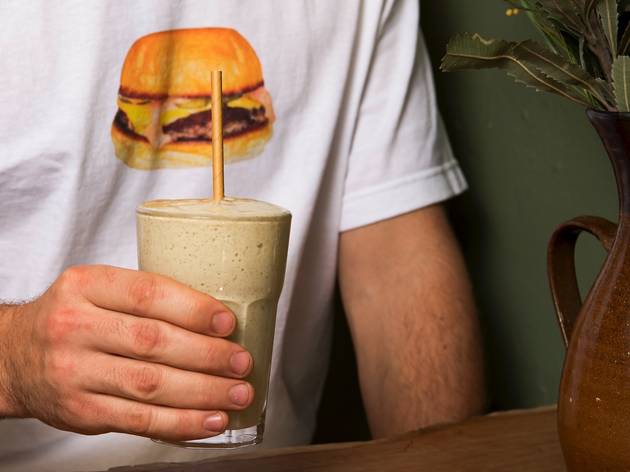 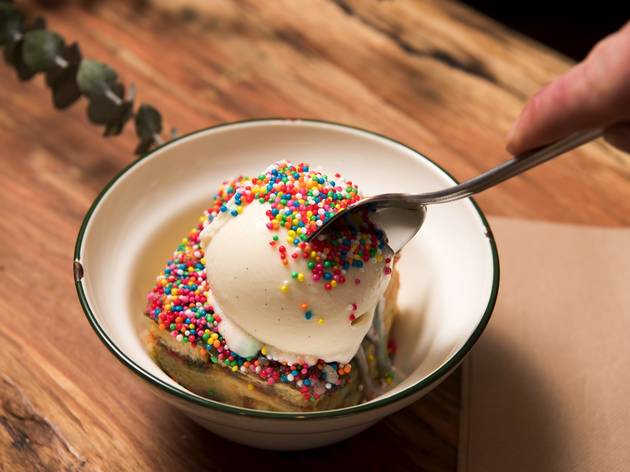 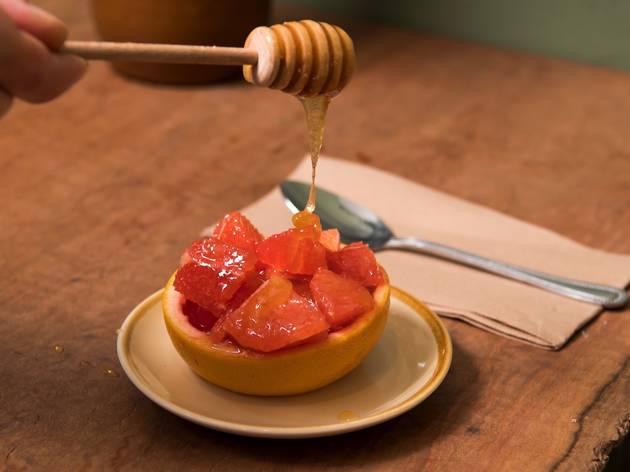 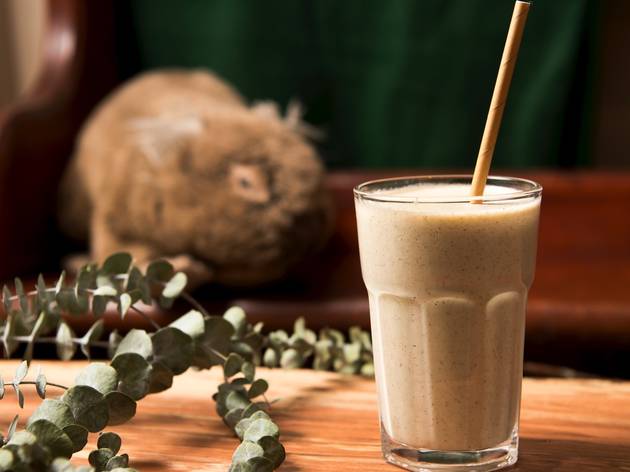 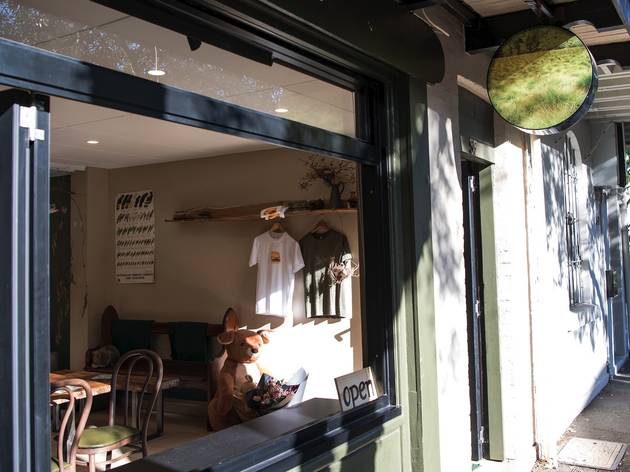 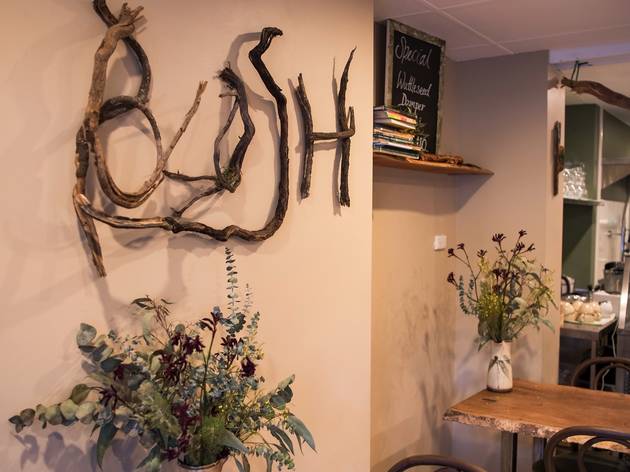 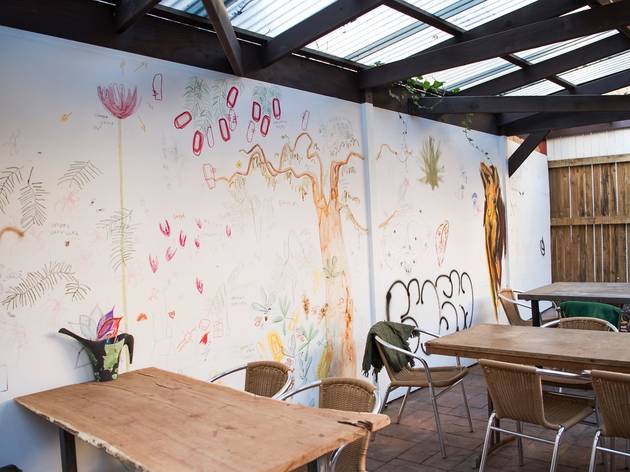 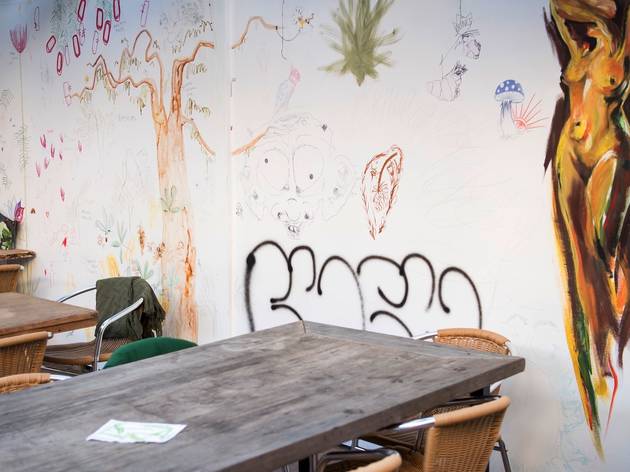 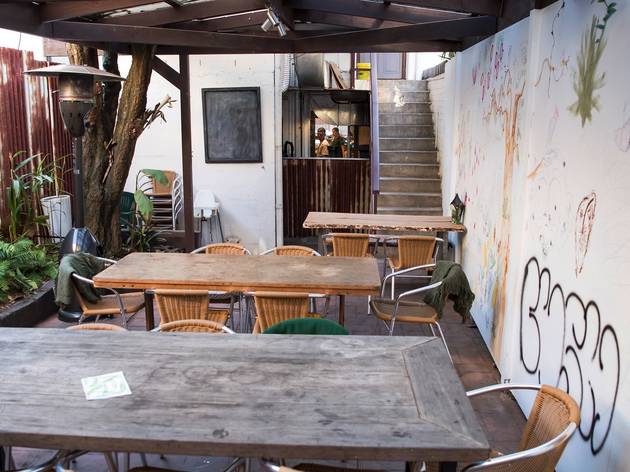 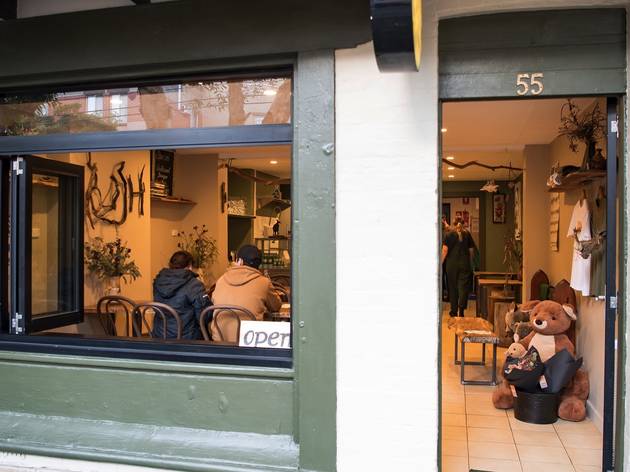 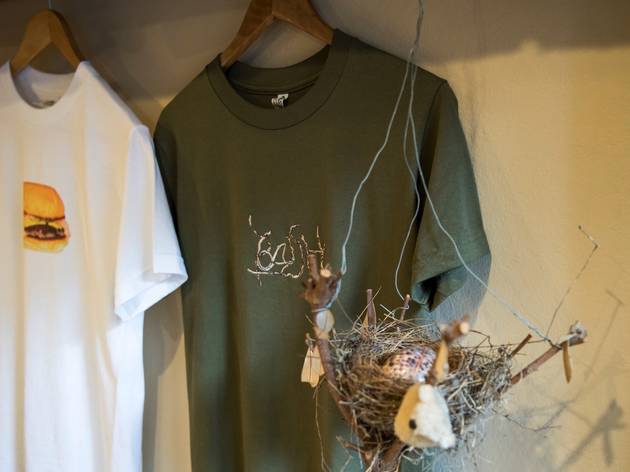 The hot chips? Crinkle cut. The sauce? Tomato. The greens? Optional. If that isn’t the Aussiest bloody thing you’ve heard since the Black Stump closed down, we’ll be stuffed. Grant Lawn’s first bricks-n-sticks venture is a confident step up from his market stalls (you may have seen him over at Young Henrys) – without overswinging the cricket bat.

Australians tend to cringe and shy away from depictions of their own culture, but this place feels like an honest celebration of the beauty and nostalgia of an Australian tuckshop in the ’90s. The benches in the rear courtyard look like they’ve been plucked straight out of your primary school’s quadrangle, ready for you to squash shoulder-to-shoulder with your buddies. There’s an art wall already covered in scribbles and artworks from guests that’s still a work in progress, so bring a texta and tag it before the bell rings. Take a moment to snap a photo of all the types of foraged branches and stuffed animals bringing life to the simple open kitchen. Send it to your homesick mate in London.

A cheeseburger is the drawcard menu item, which seems culturally dissonant, but go figure. It’s delicious, and we’re not complaining. Pause for that joyous moment when your fingers first clamp the pillow-soft bun and you really feel those caramelised crunchy edges on the patty within. Close your eyes as you bite down through pickles, melted cheese and sauce and listen to the pitter-patter of tangy burger sauce raining down on your plate (hopefully not your legs, you grub) like a drought-breaking downpour of flavour. It really is worth the visit alone.

There’s a handful of simple drink options – try a Milo shake or smoothie (flavoured with “whatever’s poppn”). It seems that persimmons were poppn recently, as our smoothie is thick and generously jam-packed with ripe fleshy fruit. If you’ve already had your seven-a-day, the real pro move here would be to pack a few beers or a bottle of fizzy pink wine ($3pp corkage) to remind the child within that grown-ups can have a cheeky recess at 9pm if they want to.

Meanwhile, a humble pie-warmer on the front counter has generated a wave of controversy – Bush’s curry-roo party pies have triggered a tirade of online attackers (and defenders), igniting a conversation about the use of kangaroo meat as a sustainable alternative to beef or chicken. It’s unfortunate for a new small business to cop such vitriol, but at least it’s acted as a powerful conversation starter for the community.

Indeed, behind Bush’s simple menu is a powerful, community-minded concept that has the potential to grow much larger. Join the members-only ‘Bush Club’ for first dibs on special events, but know that even a one-time excursion to Lawn’s happy little venue will put the roses in your cheeks.