Restaurants, Cafés Pyrmont
3 out of 5 stars 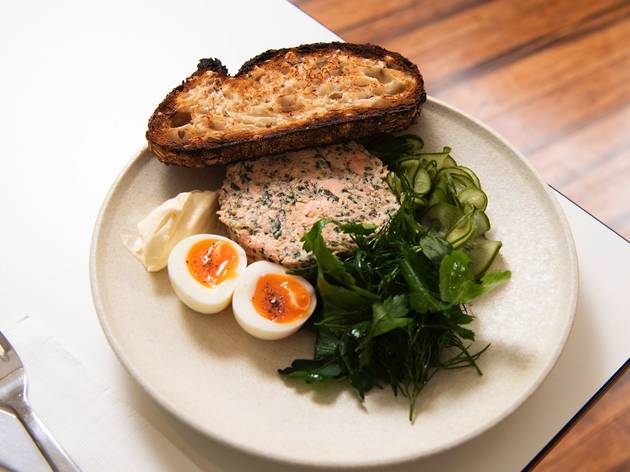 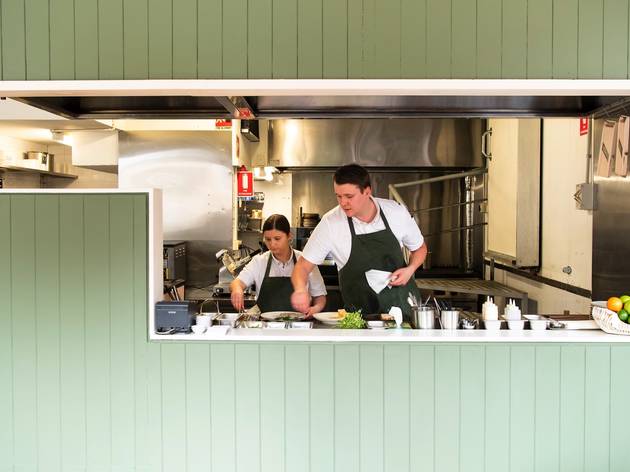 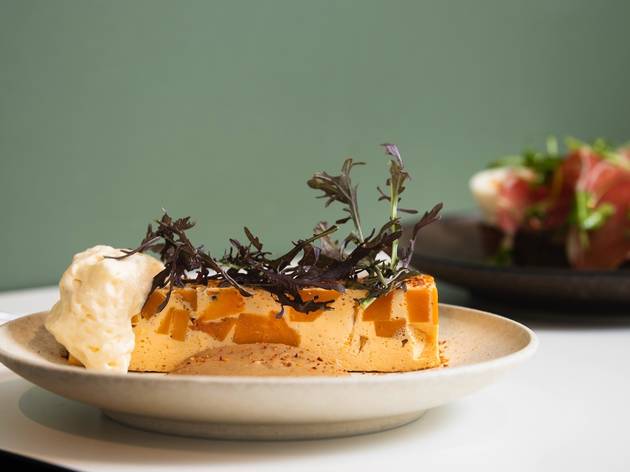 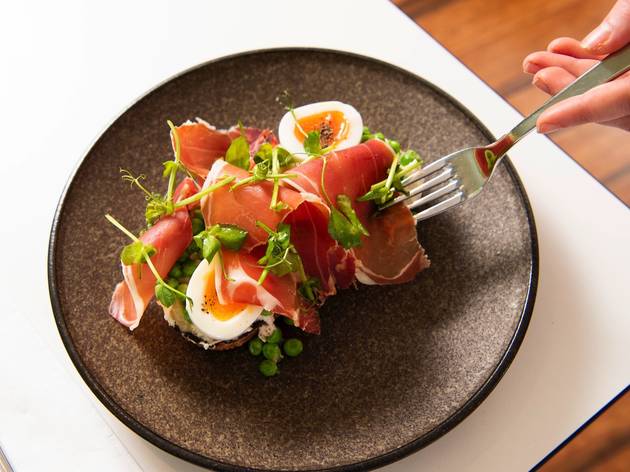 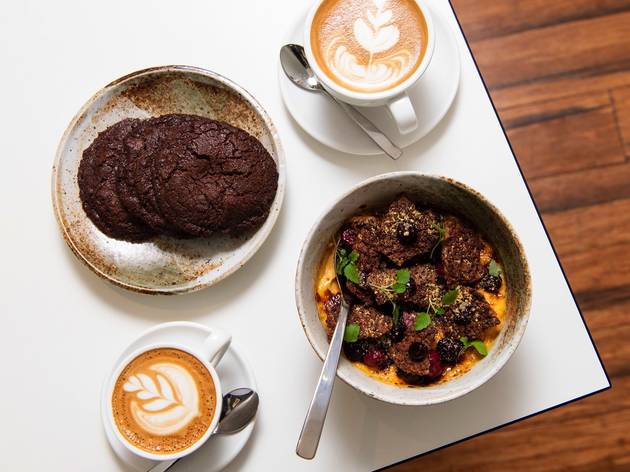 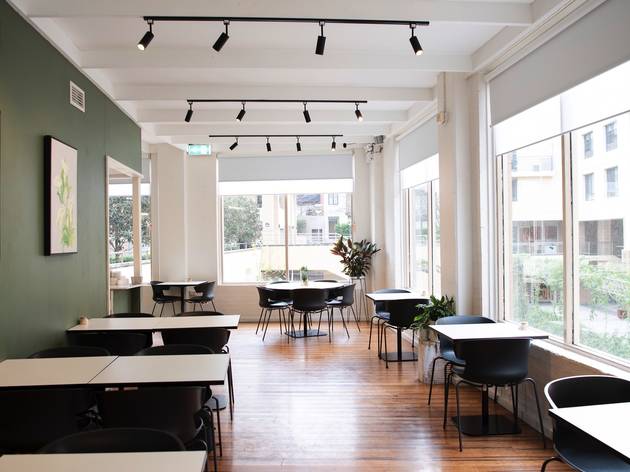 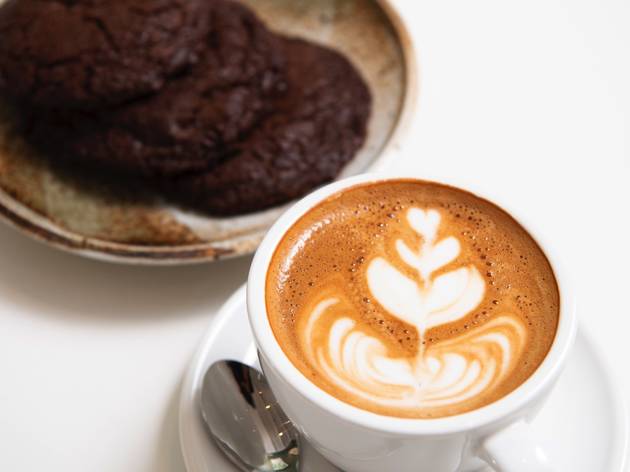 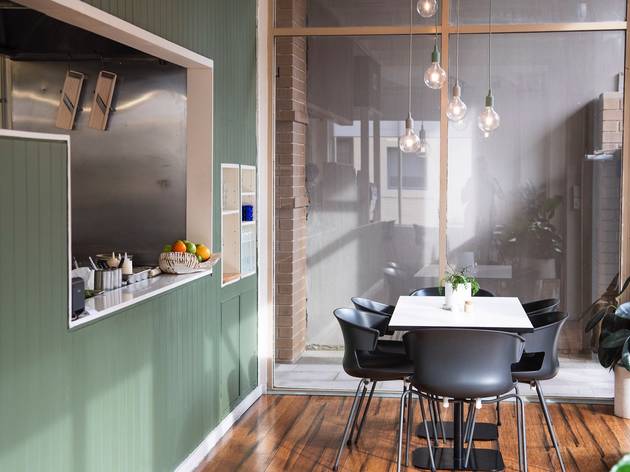 Pyrmont scores a light, bright café with fine-dining flair, headed up by a top-tier chef

‘Crème brûlée’, ‘aerated goat’s cheese’ and ‘terrine’ are not words you’d typically expect to find on a breakfast menu – but why not add some culinary pizzazz to your morning? Chef Max Bean (formerly of Est and the Bridge Room) figures there's no reason not to, and to that end has opened Calla, jutting off the courtyard of John Street Square. It’s a welcome addition to Pyrmont’s relatively sparse café scene, which up until now has been serviced mostly by Bar Zini and Clementine’s.

Inside, it feels low-key and easygoing, but still a little luxe. Morning light streams through the windows, and Winston Surfshirt provides the soundtrack. You’ll catch Bean in crisp chef whites in the open kitchen, channeling his fine-dining days, but the espresso machine, a hopper stuffed with Mecca beans and the tempting offer of caramelised white chocolate cookies will remind you that you are, in fact, in a café.

Interesting brekkies often set you back more than you’d want to shell out before 10am, but plates here cap at $23; it’s pedigree without the exxy price tag, which is a real win for locals. The humble zucchini slice gets a schmick makeover, with a garlicky crumble and sliced Swiss brown mushrooms atop, a swipe of avocado below and aerated goat’s cheese that really elevates it from lunchbox mainstay to something a little fancy. The effort is there, but it’s denser and more cakey than you might expect, and somehow the whole feels like less than the sum of the parts.

Opt for the salmon terrine instead, where a disc of fleshy, flaky smoked salmon bound with fresh herbs and mustard seeds finds good company in a dollop of refreshing crème fraîche, zippy pickled cucumber and a textbook soft-boiled egg. Or go for a slab of toasted Pioik Bakery sourdough, topped with beautifully juicy heirloom tomatoes and basil leaves. A touch of fermented chilli and the just-sweet caramelised garlic purée underneath make it a breakfast bruschetta that’s bright and hearty in equal measure.

While there’s a lot of effort on the plate, Calla’s food doesn’t always come with the ease and comfort many might crave in the morning. But, if you’re searching for something a bit dressed-up, detail-oriented and technique-driven in a café landscape laden with ordinary, overpriced eggs, look no further. (And if it’s fun in the PM you’re after, they’re open for dinner on Thursday and Friday nights.)