Restaurants Manly
Recommended
4 out of 5 stars 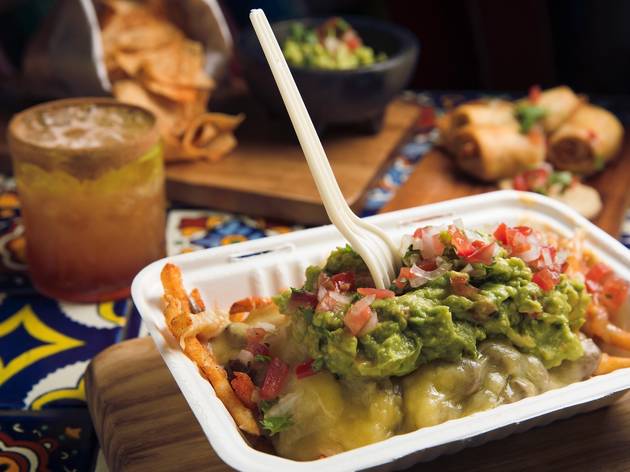 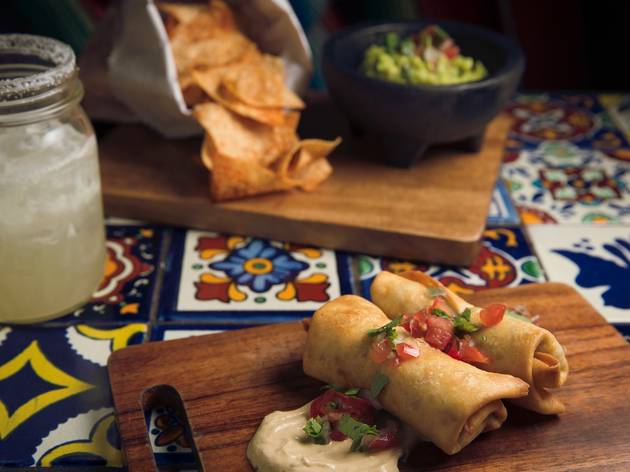 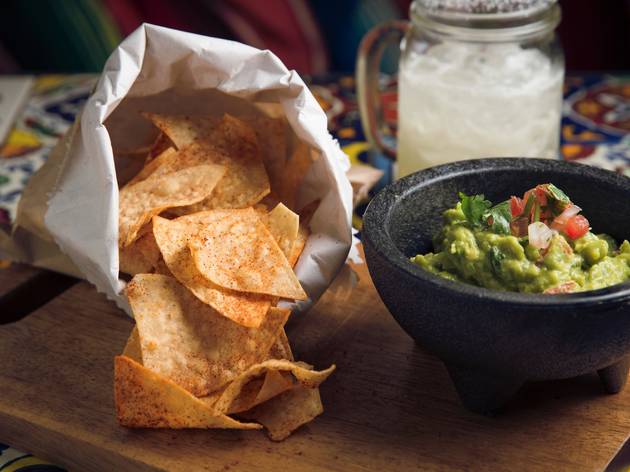 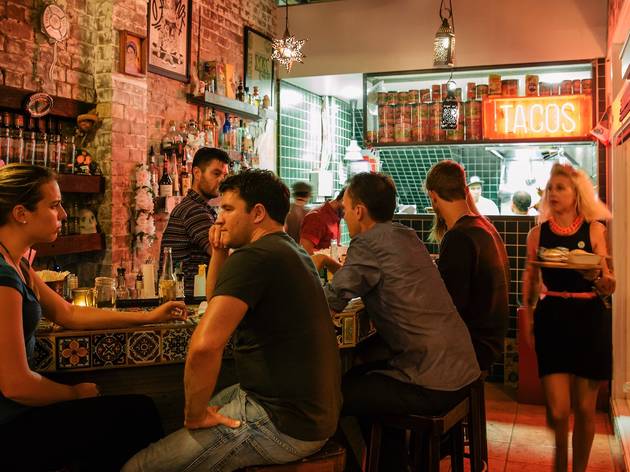 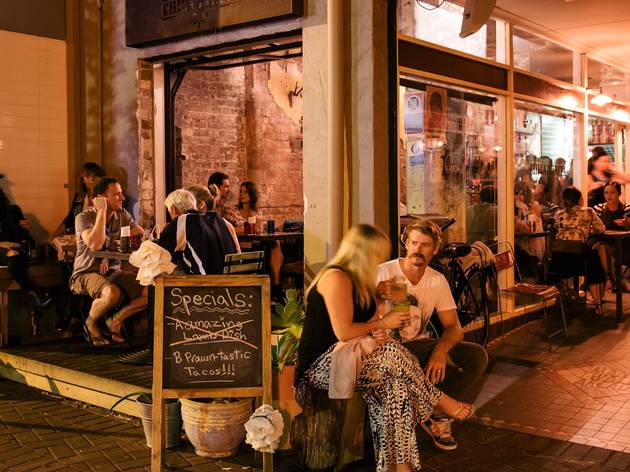 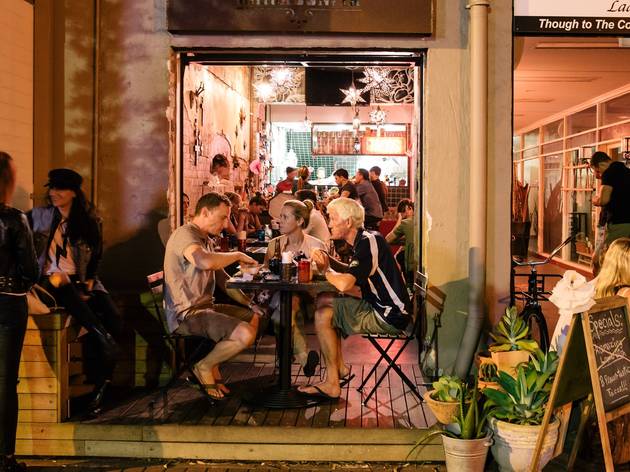 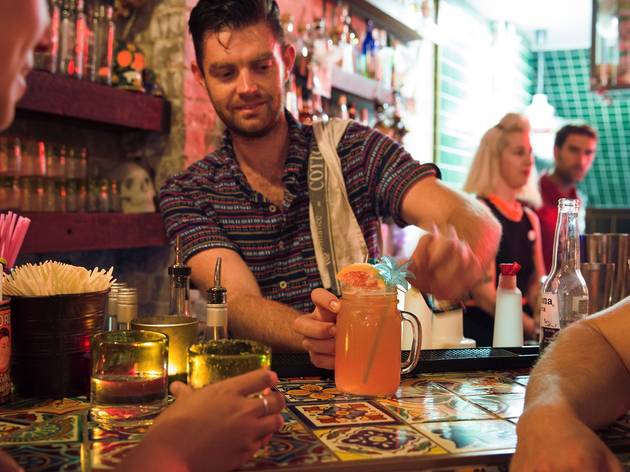 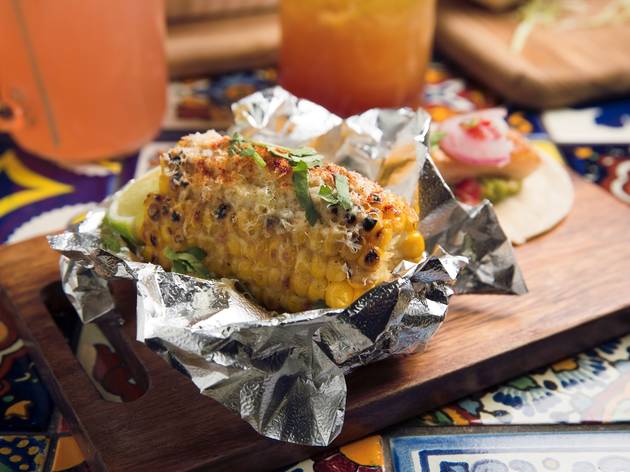 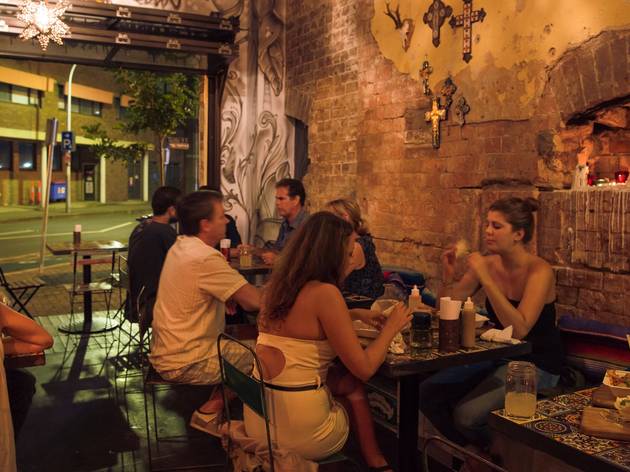 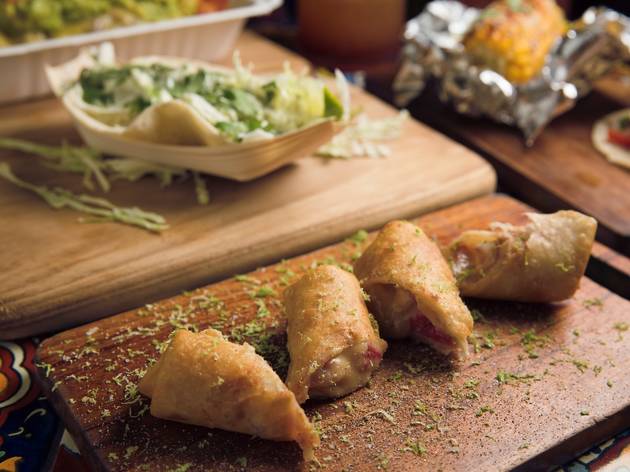 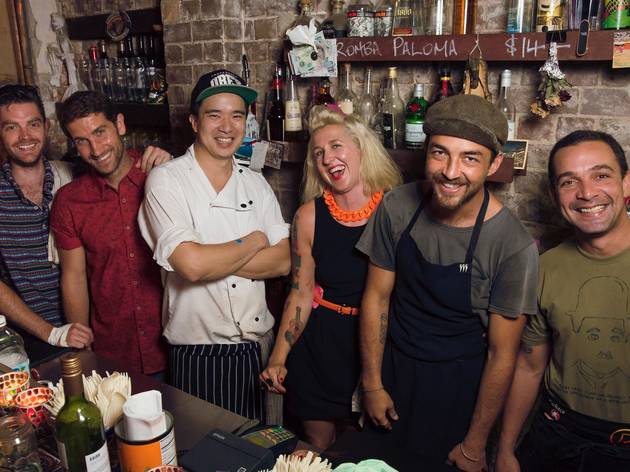 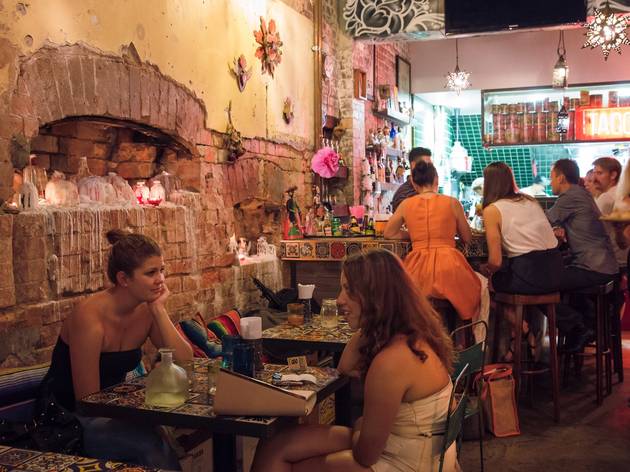 "What do you chicks want to drink?" We’ve just scored a seat at Chica Bonita and we’re greeted by a sassy chingona in leopard print sporting a couple of sleeves worth of ink.

Chica Bonita (Spanish for beautiful girl) is a tiny taqueria hidden in a dingy walkway just off the Corso in Manly. It’s a magical wonderland of Little Richard, Elvis, Chuck Berry and Chubby Checker over the speakers. Silver, star-shaped lightshades dangle overhead throwing shards of light against worn, dark brick walls. There are melting candles and crumbling plaster everywhere. A bright red ‘tacos’ neon sign hangs over the green tiled kitchen. The place is swinging.
Everyone’s sitting on metal chairs and ripping into chilli fries which come out of the kitchen covered in layers of beans and guacamole, looking like corn-chip birthday cakes. But we go straight for the chimichangas – feather-light pastry filled with shredded pork, coriander leaves, a fine dice of tomato and a side of chipotle mayo. There’s a dessert version too, filled with sweet-and-creamy dulce de leche.
Little coblets of corn are smothered in parmesan, lime juice and chipotle cream – we’d advise extra napkins, or a large bib. The tortillas for the flour tacos are disappointingly dry; it’s a real shame because the fillings, such as juicy grilled steak with fried corn, pickled cabbage and coriander, are excellent

And then there’s the crackling with avocado. It’s just like walking through the fruit markets in Mexico City. There’ll be a guy with a big pile of chicharron (pork skin that’s been deep-fried so it puffs up like a crunchy pork cloud). He’ll break off a piece, dip it in a massive bowl of guacamole and hand it over. Here at the restaurant, head chef Alex Wong is serving this classic street snack on a silver dollar-sized corn tortilla. Crunch.
The Margaritas are definitely worth a nudge – perfectly balanced and outrageously spicy if you go for the jalapeño and orange number. They’re served in those handled glass jars that we’re seeing a lot around town at the moment. Or, for a tenner, you can get a beer with a tequila shot. Not drinking? They also stock the Mexican soda brand, Jarritos. We like the mandarin flavour most, though it’s likely we will have slipped a little Don Julio reposado in ours.
The toilets, which you’ll find just out the back of the restaurant’s storage cupboard, are plastered in cutouts from Mexican newspapers. There’s a whole page dedicated to members of a cartel who have been extradited from Europe (“el Tigrillo” looks like a badass) alongside an advertisement for that Julia Roberts flop, ‘Mirror Mirror’ (“Espejo Espejo”). The soap dispenser has been modeled out of an old Appleton Estate rum bottle.
It pays to get here early. There are queues out the door after 7pm and can you blame ’em? Chicabonita is a whole lot of bottled fun with a side of chimichangas.
Share Tweet