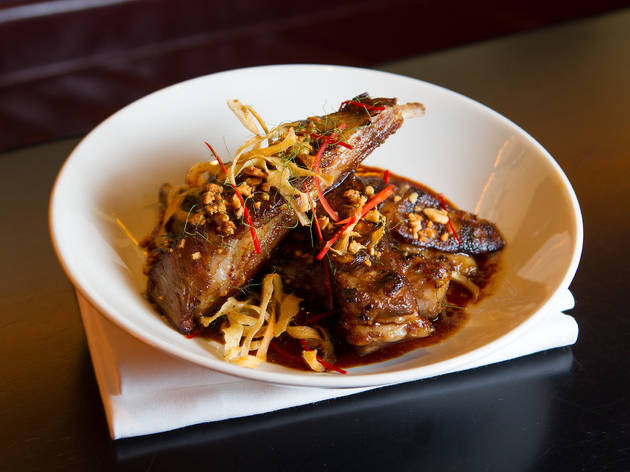 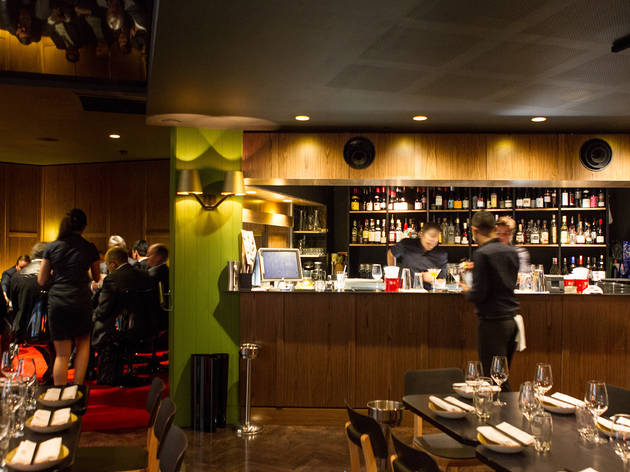 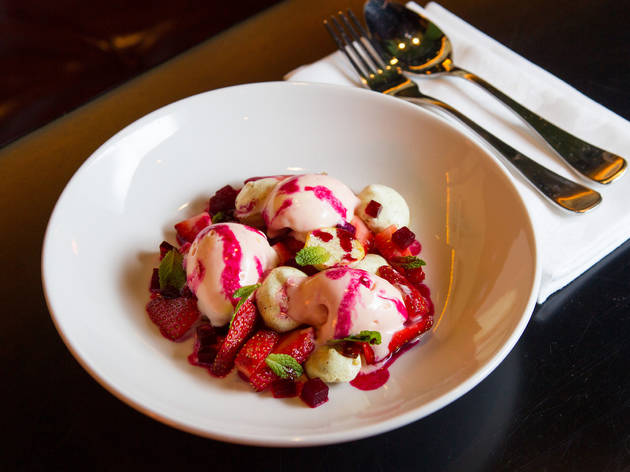 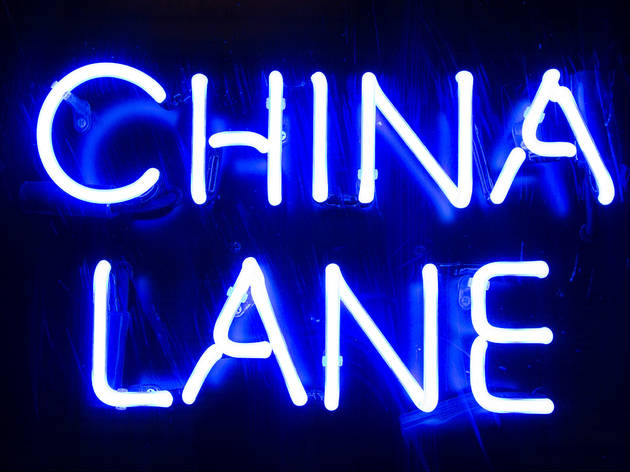 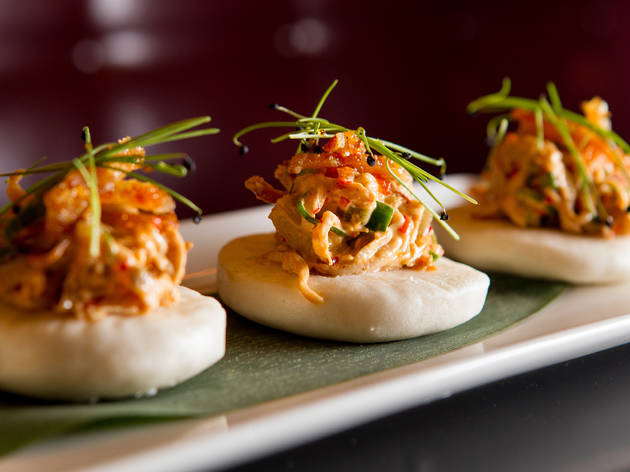 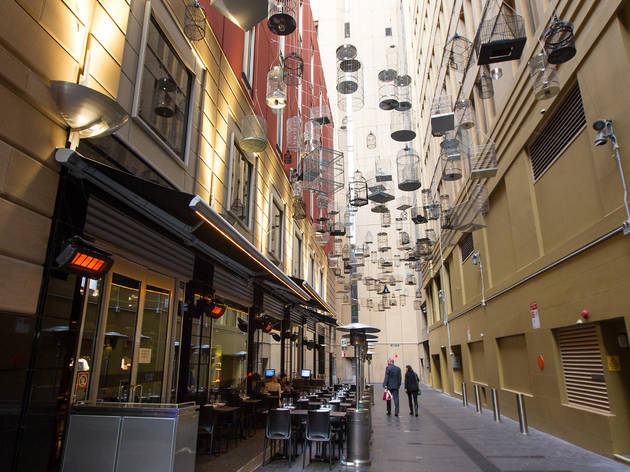 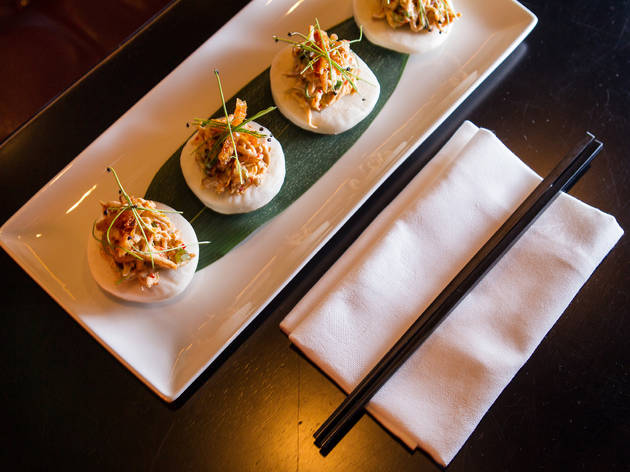 You know all about Mr Wong – Merivale’s upmarket Canto-palace – and there’s Johnny Wong's Dumpling Bar, too. That’s above Kinselas on Taylors Square. Then there’s Uncle Ming’s – a new Chinese-inspired bar on York Street doing big business, and China Republic, coming soon to the CBD. But for now, here’s China Lane, from the China Doll folks. You’ll find this one just off Angel Place, around the corner from ivy in the alley festooned with hundreds of empty birdcages, birdsong floating through the air. It’s like standing in an alley haunted by phantom finches.
On a still, warm evening, it’s all about the alley-side outdoor tables. If it’s chilly, they’ll give you a woollen blanket to snuggle up in. Otherwise, take a seat in the dark little nook up the back of the restaurant near the bar, order up a round of Tequila Espresso cocktails. Maybe go a serve of wagyu ‘pastrami’, dressed with black vinegar and crunched up with Chinese celery. It’s a really cool idea – they’ve been curing beef like this at NYC’s Mission Chinese for a while – and it’s great to see someone doing it in Sydney.
China Lane has been absolutely heaving since it opened. Its combination of approachable, mostly Chinese-inspired food in a fairly upmarket setting attracts huge crowds piling in for sweet, sticky hunks of pork hock and slices of stir-fried zucchini with lup cheong sausage. We’d probably give the fried rice a miss next visit. But then you’ll want to go hard on sweet, sticky lamb ribs and the pulled pork on steamed buns – that’s a party on a plate right there. Freshen things up with a special of sashimi tuna fished off Ulladulla on the south coast, served with a big pile of pickled ginger. Sensational.
They give good service at China Lane. Before here, manager and co-owner Baci Moore was the face greeting diners at Neil Perry’s Spice Temple. They have a very decent wine list by Michael Watt (last seen at Manly Pavilion) and plenty on the beer front, including 600mL tinnies of Sapporo. Nothing gets the party started like a giant can of Japanese beer.
If sago leaves you feeling a little cool around the edges, this is the place to rekindle the flame. The swollen little beads of palm starch are captured in coconut cream and topped with a dice of plump, super-ripe mango. Plus you get to use one of our all-time favourite dad jokes (“How do you start a pudding race?” “Sago.”)
You’re welcome.