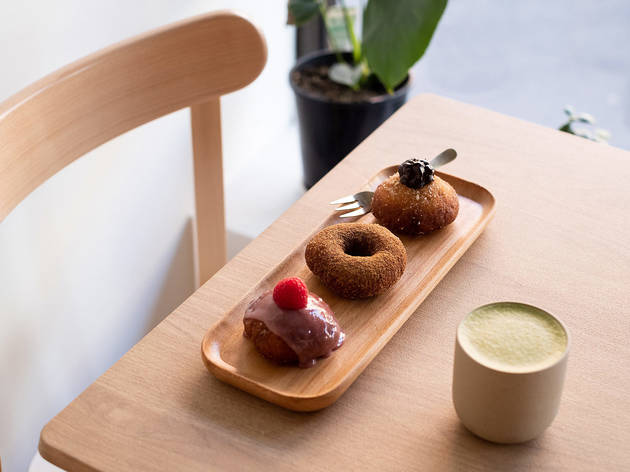 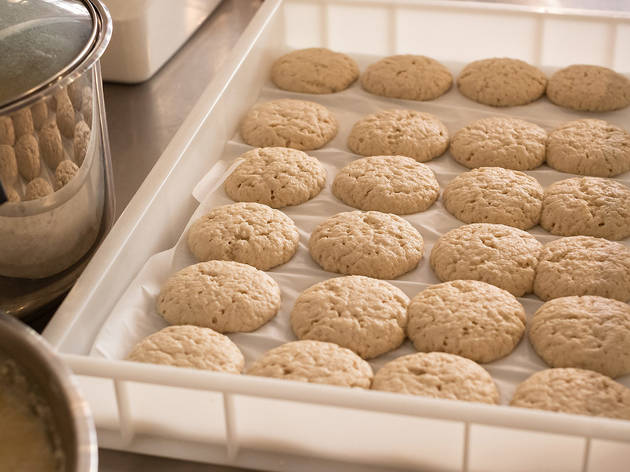 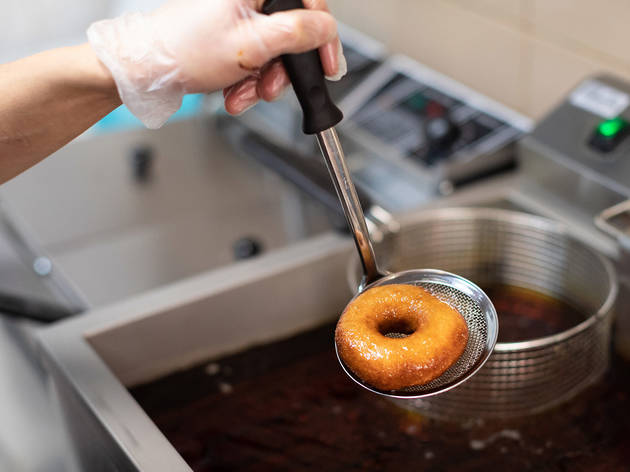 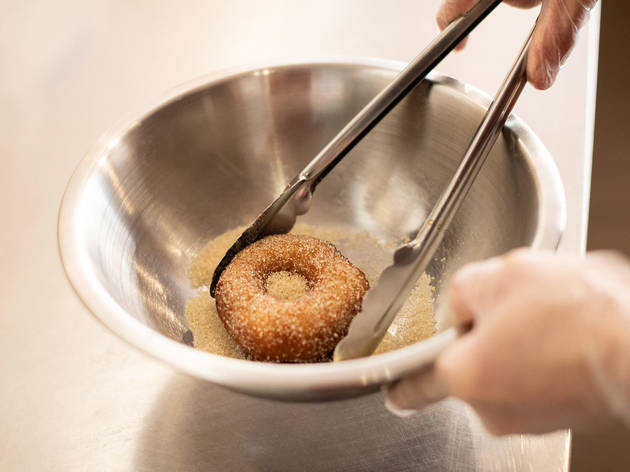 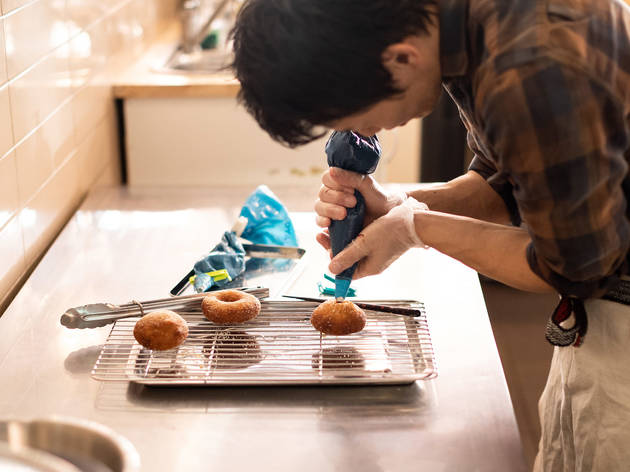 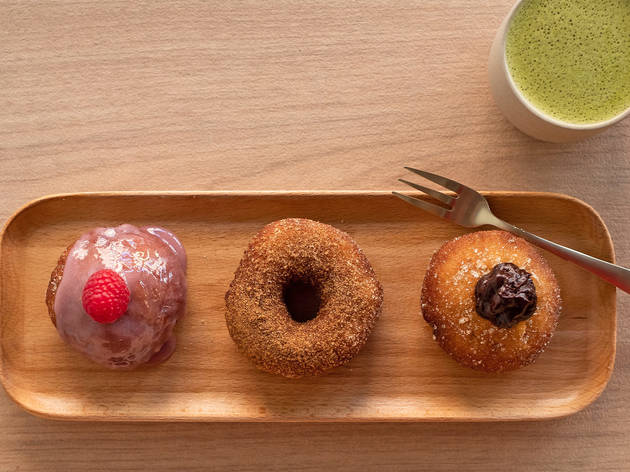 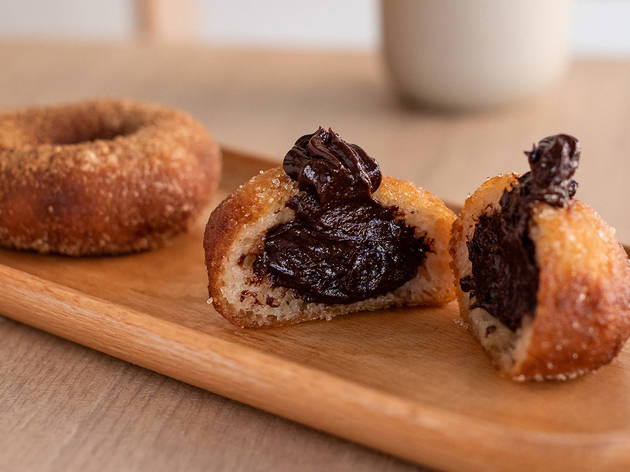 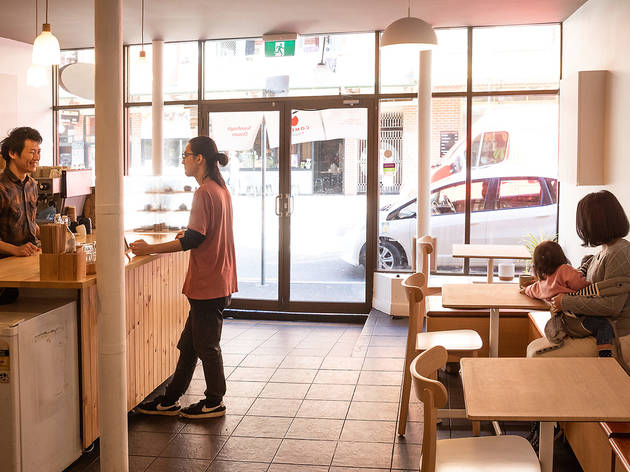 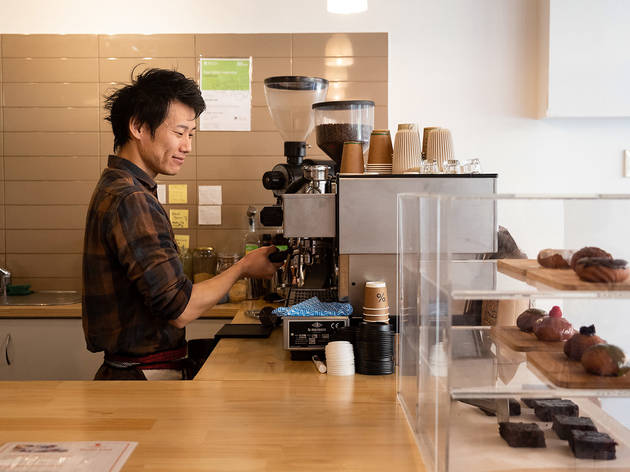 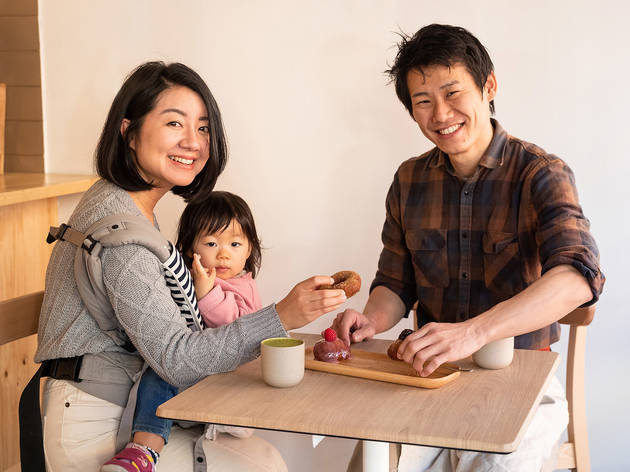 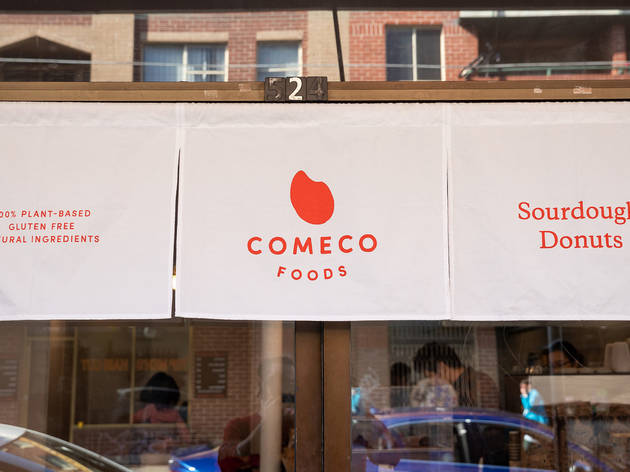 Sydney’s most inclusive restaurant is a tiny, pared back Japanese snack house on South King Street serving gluten-free sourdough doughnuts, and vegan sushi on weekends. Got allergies? Right this way, itchy friends. At Comeco Foods there is no gluten, no egg and no dairy on the menu. It’s 100 per cent vegan and for those avoiding nuts and seeds, only the brownie and the sesame doughnut pose a threat. Gather every dietary requirement-possessing friend you have and join the queue for freshly fried doughnuts. Better yet, preorder to ensure they haven’t sold out of the curry ones before you get there.

Those savoury pucks are making a solid bid for gold at the hand-held snack Olympics. Instead of sugary sweet, the curry doughnuts are made with a brown rice flour that they mill in-house, ferment with a house sourdough starter and then fill with an intensely savoury curry made from scratch from a nine-spice blend, caramelised onions, carrot, tomato and grated apple for a touch of sweetness. The curry doughnuts achieve an extra level of crunch on the shell thanks to rice bread crumbs, which absorb less oil than wheat bread crumbs. They take so long to prepare that they’re only available on weekends, but you can pre-order, which is a smart play – the shop is selling upwards of 1000 doughnuts a week, so demand is high.

Prefer your doughnuts sweet? There’s one filled with chocolate custard that’s thick and creamy thanks to soy milk; a caramel sauce made from organic raw sugar; matcha custard that uses an organic matcha brought in from Japan; and a cinnamon apple custard that is the right balance of sweet and spiced.

On the weekends, when sushi is on the menu, they’re extracting maximum flavour out of vegetables using a Japanese cooking method called ‘kasaneni’, which involves layering chopped vegetables in a single pot and steaming with minimal water. This is how they pack the flavour into things like their Japanese mustard sauce on the schnitzel roll. The char flavour of grilled eel is replicated with oiled eggplant, and the tempura batter here is made from rice flour and tapioca.

The reason that Comeco Foods is a dietary-requirements paradise is thanks to owner Yu Ozone and her husband Masa Haga. In 2017 Ozone’s health declined and allergies were eventually pinpointed as the culprit. She quit her job as a sales rep and began selling breads, brownies and baked doughnuts. A friend’s son who had nut allergies inspired a full pivot to allergy-free cooking. “I saw his sad face and it stuck in my mind, so I thought let’s make something that he can eat with everyone. That’s how the sourdough doughnuts were developed,” says Ozone. “The reason why we avoid all major allergenic foods is so people with or without dietary restrictions can have the same food and spend happy time together”.