Restaurants Balmain
Recommended
4 out of 5 stars 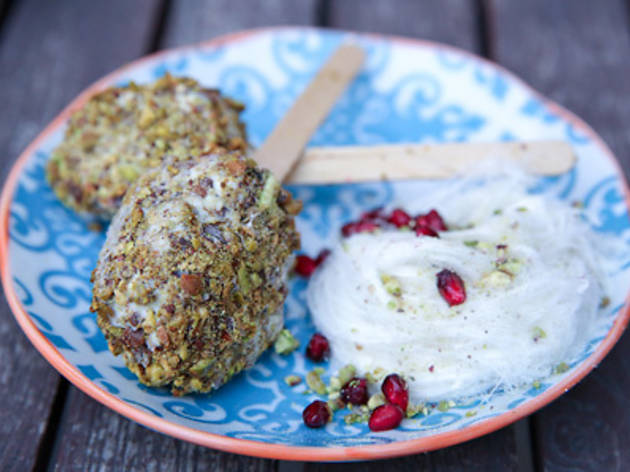 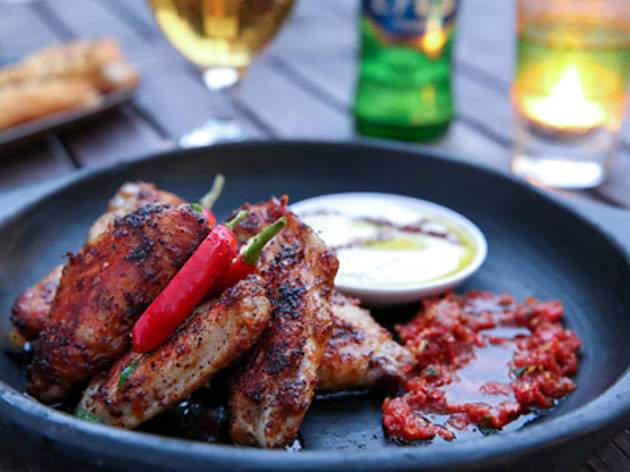 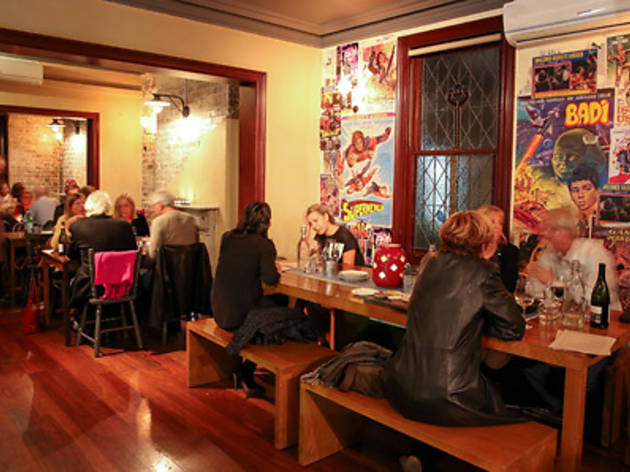 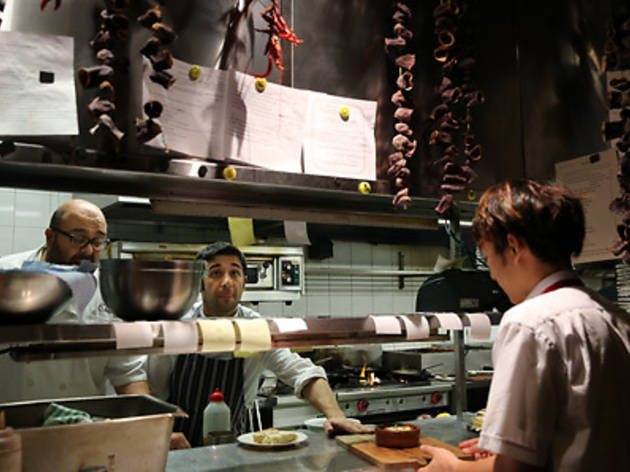 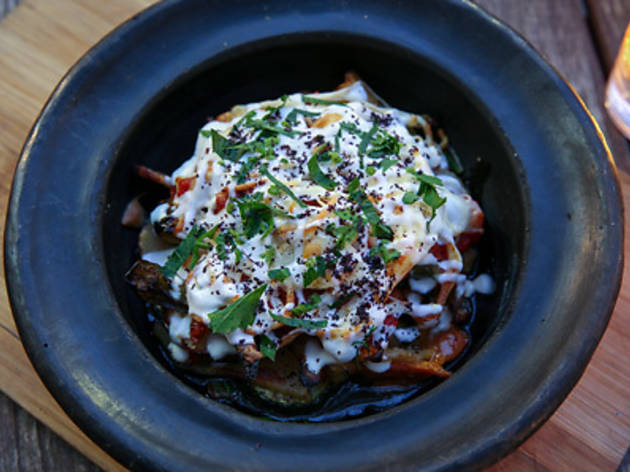 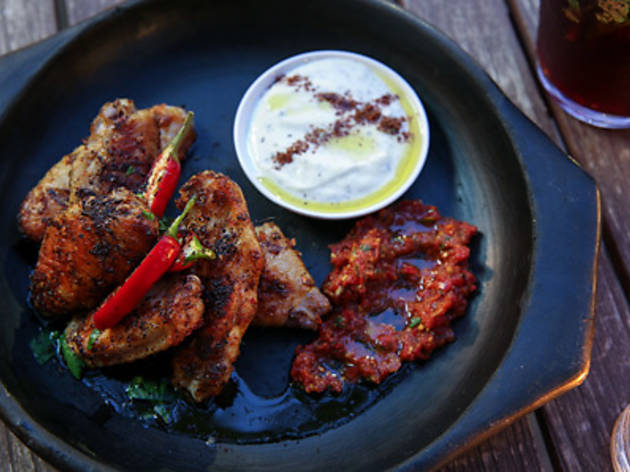 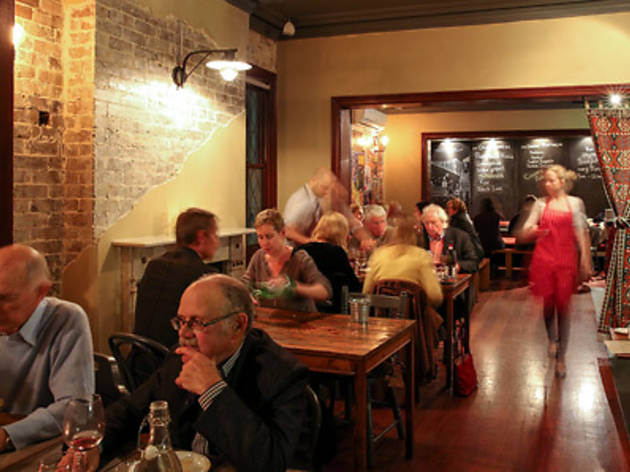 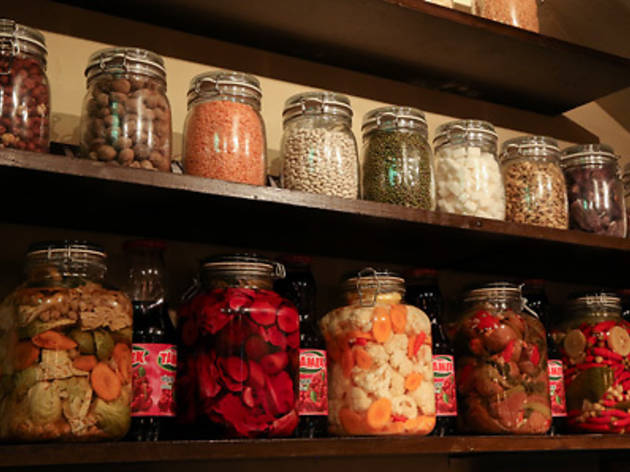 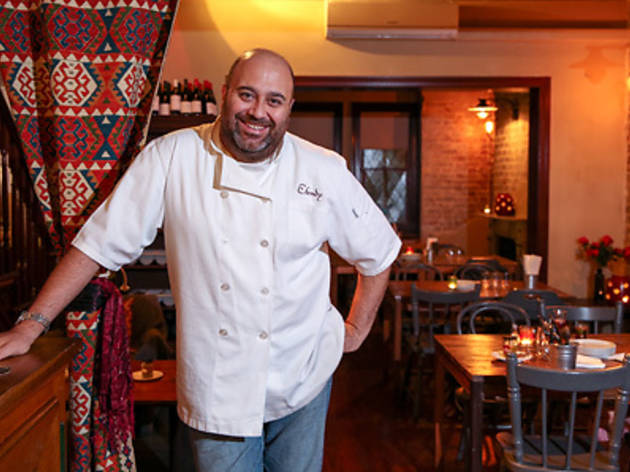 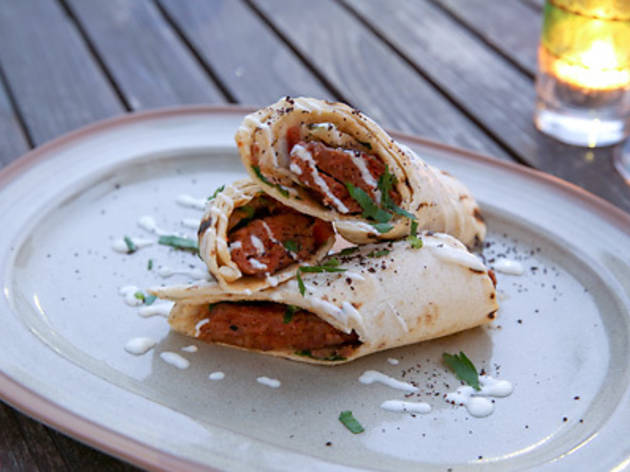 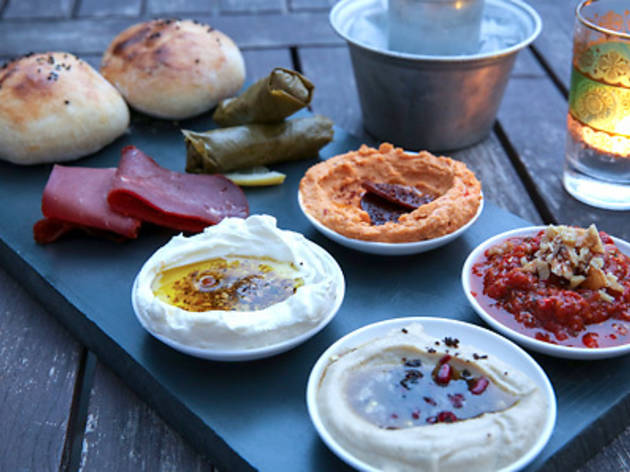 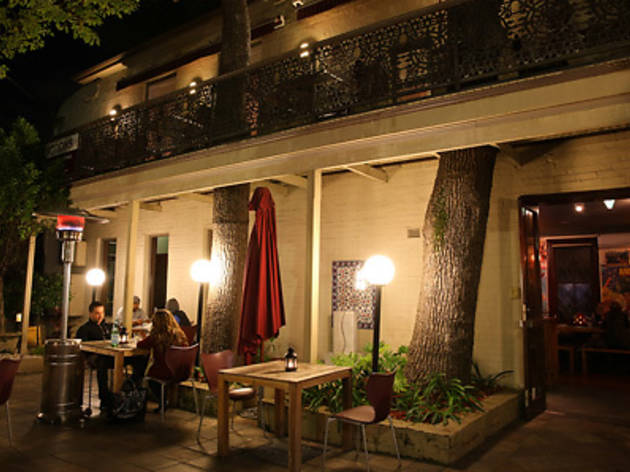 You can still eat upstairs in white clothed surrounds, but the real fun at Efendy is in the downstairs diner

Looking around, most people here are lounging, chatting and grazing. Which is exactly what head chef Somer Sivrioglu wants you to do. The walls in the downstairs dining area are covered in Turkish comic book posters (it’s a bird! It’s a plane! It’s Süpermenler!), there’s an open fire and the big wooden tables are pretty much made for a big group of friends sharing tasty eats. They even do Turkish breakfast on the weekends.

A cold mezze board pretty much translates as a bunch of interesting dips. You’ll get crisp pita chips alongside your baba ganush and muhammara – a sweet and hot pepper relish – but order a couple of the house-made pide, as well. They’re soft and toasty and warm with a nice char. If you're lucky you may also get the pomegranate hummous and the thick, almost cheese-like süzme yoghurt.
Or just throw caution to the wind and go for the crisp-fried börek, a pastry filled with air-dried cured beef and fresh cheese, all melted together like a Turkish-flavoured heart-attack sandwich waiting to happen. Delicious. Or pop a couple of lamb’s testicles or some lamb’s liver with a bucket of Efes – a crisp, refreshing Turkish pilsner.

Whatever you do, make sure you try some of the Turkish-style grills, like the finger-burning-good chicken winglets with a side of minted yoghurt, or the kofte: spicy little veal mince pucks, almost blackened on the outside. Try the chopped salad of walnuts, rocket, tomato, feta and pomegranate: it’s a sweet and acidic foil for chopped lamb adana (aka the World’s Fanciest Kebab). Cool it all down with a creamy, almost rose-watery pistachio and tahini popsicle. It ain’t pretty, but it sure is tasty.

To go with the casual menu, you’ve got some pretty casual service, but if you’re not in a hurry and you don’t mind being forgotten about every now and then, it’s a non-issue. Efendy isn’t just a win for Balmain, it’s a win for Sydney.
Share Tweet