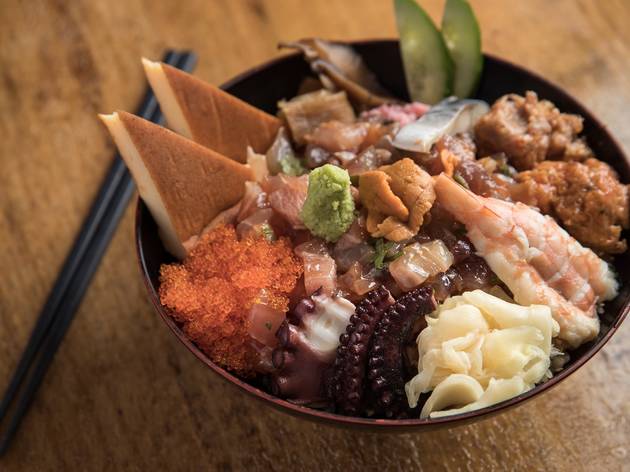 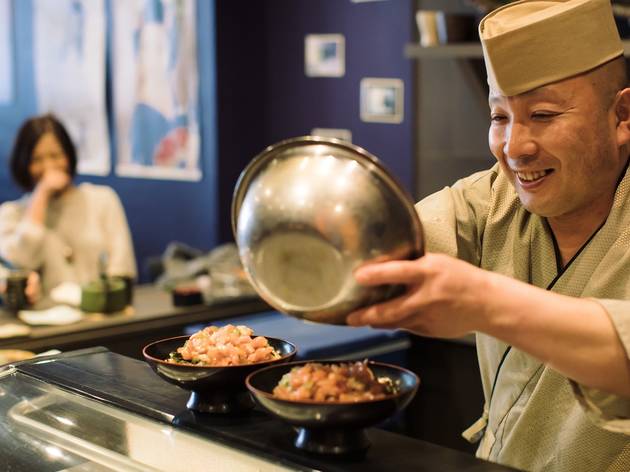 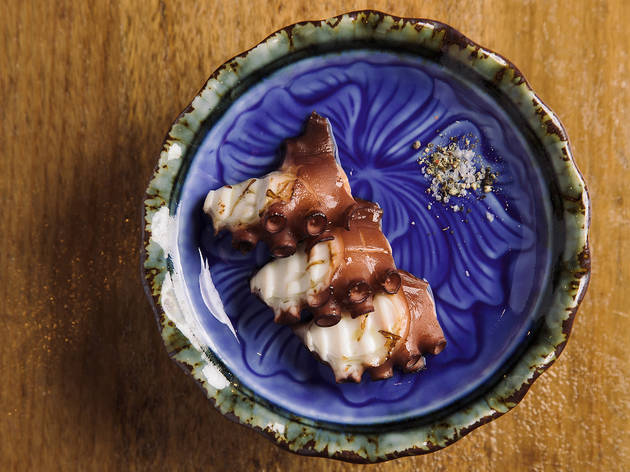 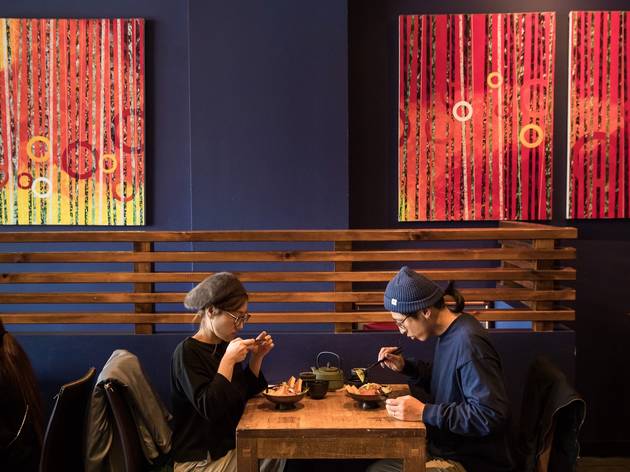 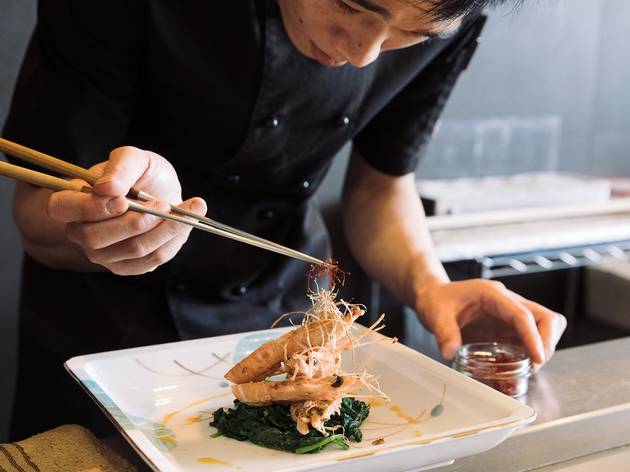 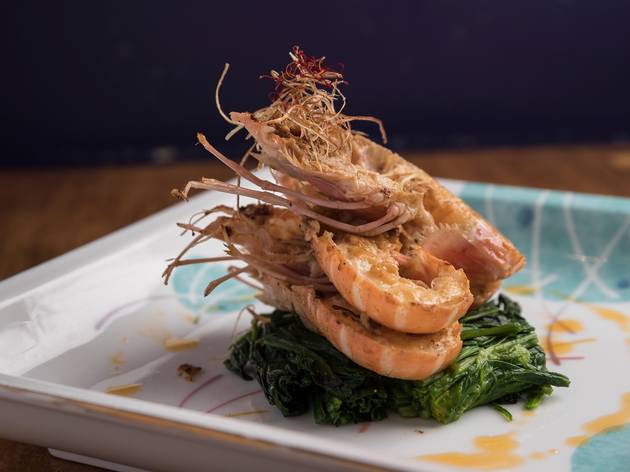 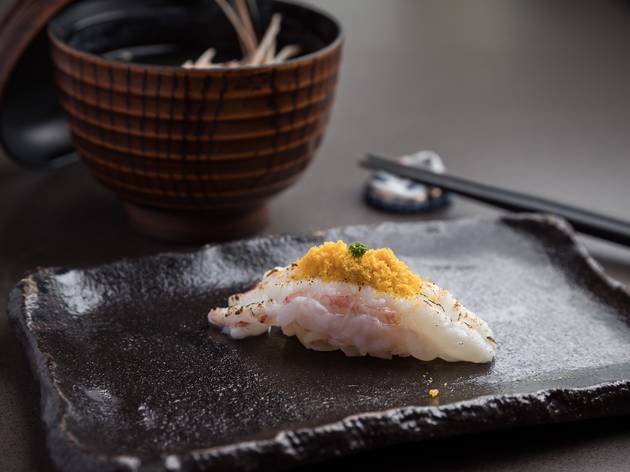 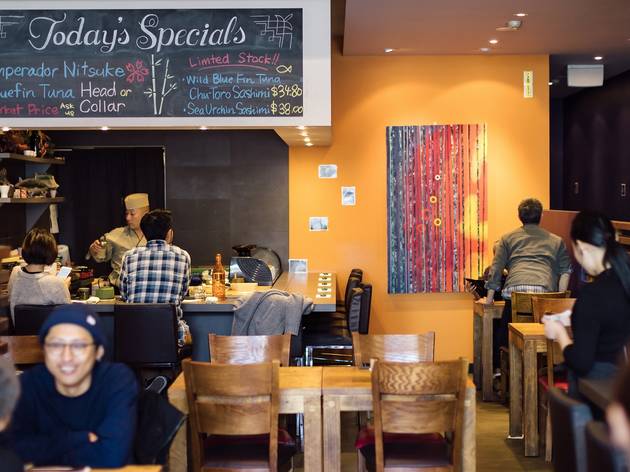 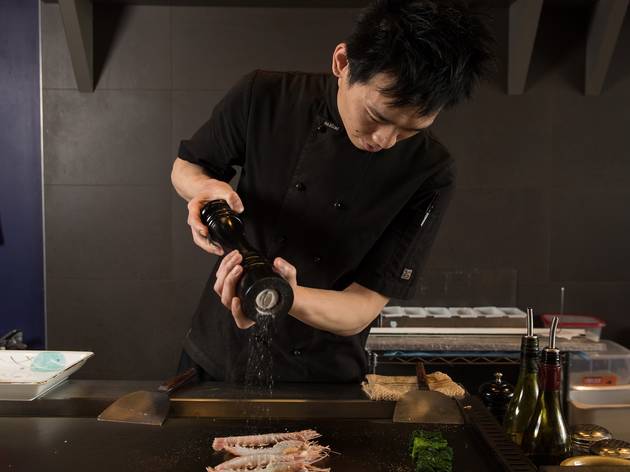 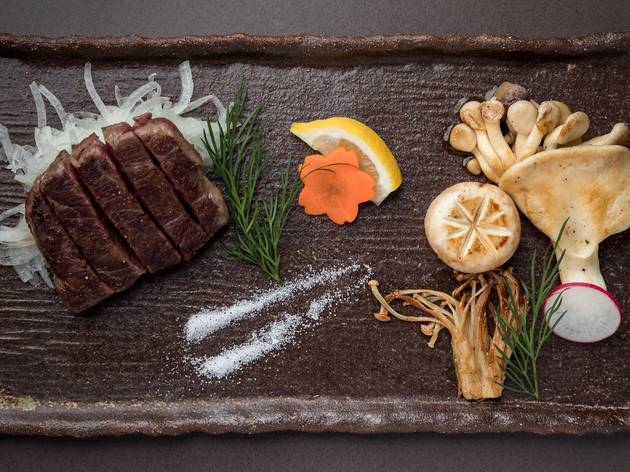 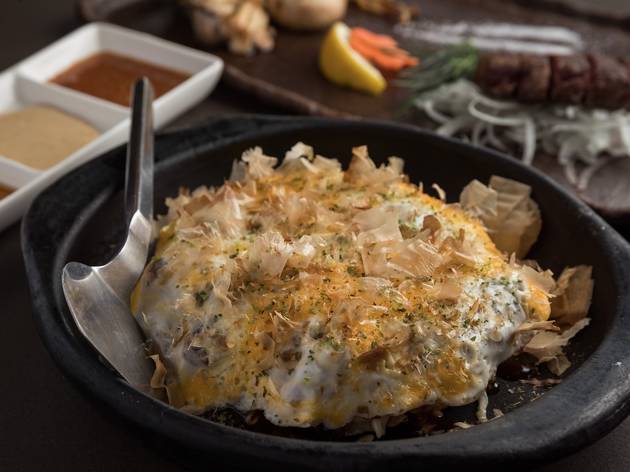 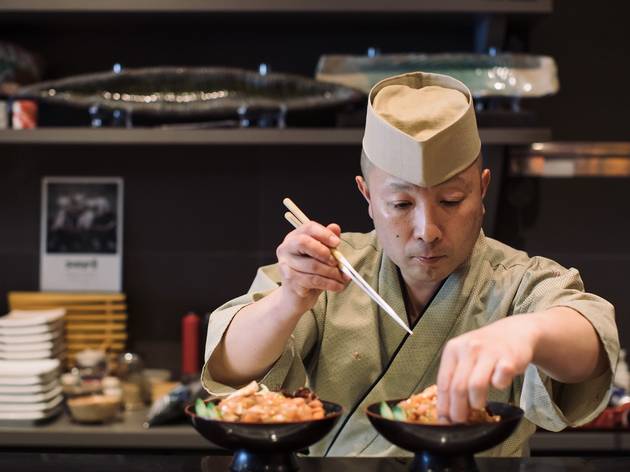 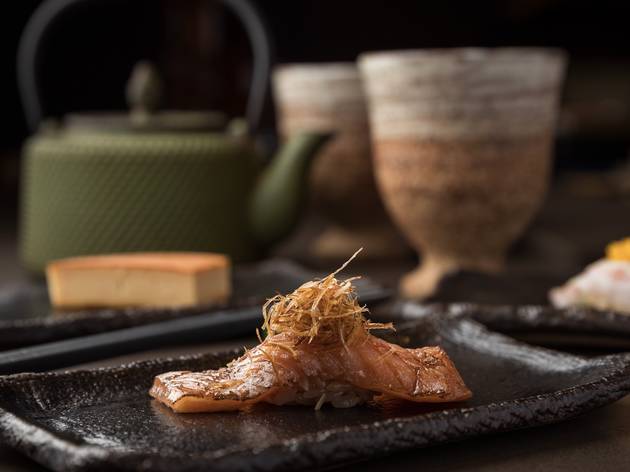 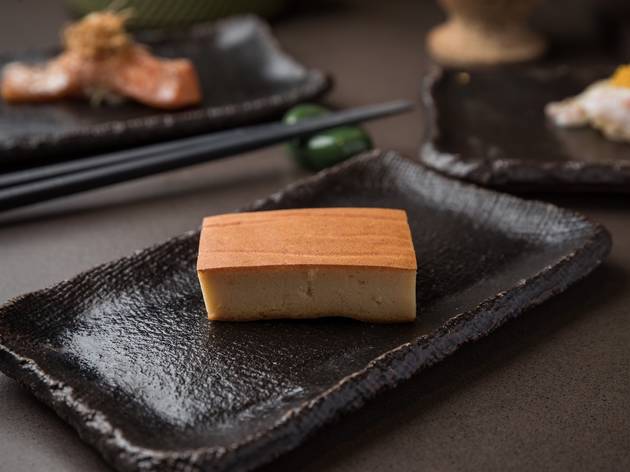 In the Japanese manga series Dragon Ball, Kuririn is an epic martial arts hero, brave, loyal, good-natured and bald. In a modest Japanese restaurant on the Pacific Highway in Crows Nest, a chef nicknamed ‘Kuririn’ for his likeness to the manga character, is possibly the most unsung culinary hero in the country.

Behind a small sushi counter at the back of HaNa Ju-Rin restaurant, Kuririn, aka Tomoyuki Matsuya, is a performance artist. He works solemnly, with precision and economy of movement – deft hands forming vinegared rice; the smallest, most elegant wrist gesture as he pulls a svelte Japanese knife through a piece of fish; a neat tilt of his head as he places the sushi on your plate.

If you’ve chosen his multi-course, multi-hour omakase menu (chef’s selection), Matsuya-san’s offerings will start with appetisers: perhaps a chunk of tender Fremantle octopus, charred and brushed with truffle oil, a little explosion of umami flavour, followed by the silkiest chawanmushi (egg custard) and nutty-sweet gomae (spinach salad with a sesame dressing). An elegant ceramic plate with a selection of sashimi is up next, before the real fun begins — Matsuya-san’s nigiri sushi, jewel-like slices of raw seafood on vinegared rice.

They come one piece at a time, 15 pieces in all, in a glorious nigiri sushi pageant. The chef places the sushi on your plate and you’ve got eight seconds. Experts declare that if the sushi isn’t in your mouth in that time, you’ve missed it at its best. First there's a rich and fatty, dry-aged chutoro (bluefin tuna belly) with a velvety mouthful. Next, a buttery and breathtaking imperador, an oily, deep-water red fish.

Each piece is a new revelation: a cut of kingfish belly is scored, lightly kissed with flame and sprinkled with dried purple shiso powder, a minty and floral counterpoint to the fish; fresh Victorian yuzu zest is showered over a fine prawn for a dazzling sweet-zingy bite; while purple Tasmanian sea urchin is piled on rice, wrapped in crisp Hokkaido seaweed and seasoned with unprocessed, wholegrain Kinzanji miso.

Matsuya-san makes his own karasumi (dried cured mullet roe – the Japanese version of the Italian bottarga) – a time-intensive process of salting, drying, pressing and shaping. It comes to land grated in a pretty yellow pile atop charred West Australian scampi with an intense salty aftertaste.

Matsuya-san’s father was a sushi chef on Hokkaido, and he spent time at the well-regarded Azuma in Chifley Square before moving to HaNa Ju-rin in 2015. Suburbs on the Lower North Shore such as Neutral Bay, Lane Cove and Crows Nest are littered with food destinations targeting large local populations of Japanese-Australians but quietly, as the reserved Matsuya-san’s Instagram feed builds a following and word travels, HaNa Ju-rin is staking its claim as not just the best local sushi bar but the best in town.

His omakase menu isn’t cheap – $132 a person for a meal that includes the appetisers and sashimi plate, or $88 sans sashimi and with one appetiser, miso soup and 15 pieces of nigiri. You can also choose more affordable options off the a la carte menu, or the teppan bar’s drama, where Japanese pancakes and Blackmore Wagyu rump sizzle. If your budget is lean, consider the $24 Chirashi sushi set at lunch, but if you can spare it, that omakase is worth every penny.