Restaurants, Japanese Haymarket
3 out of 5 stars 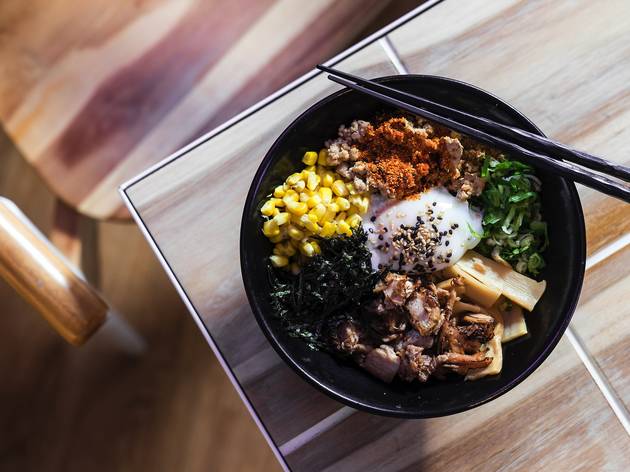 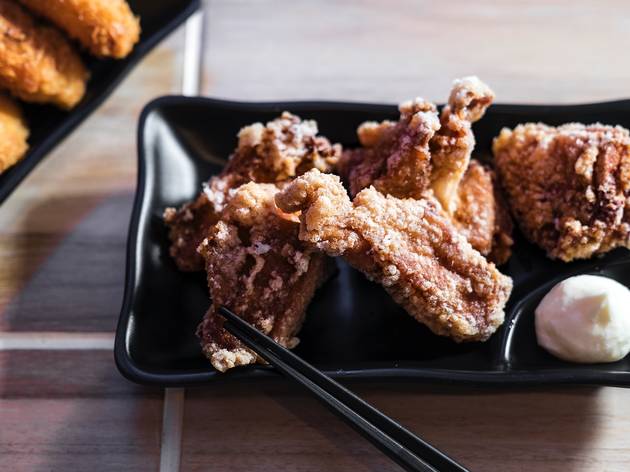 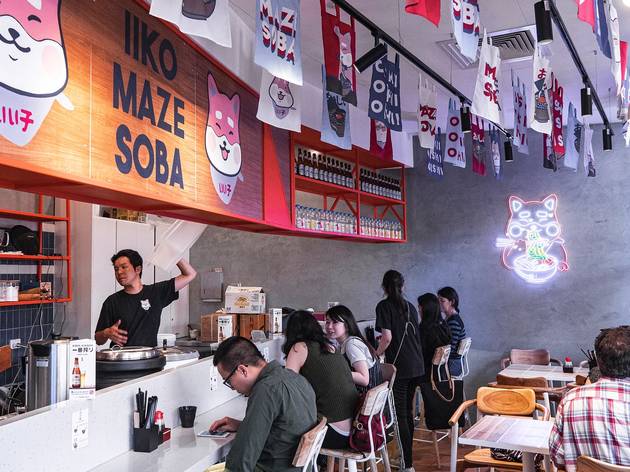 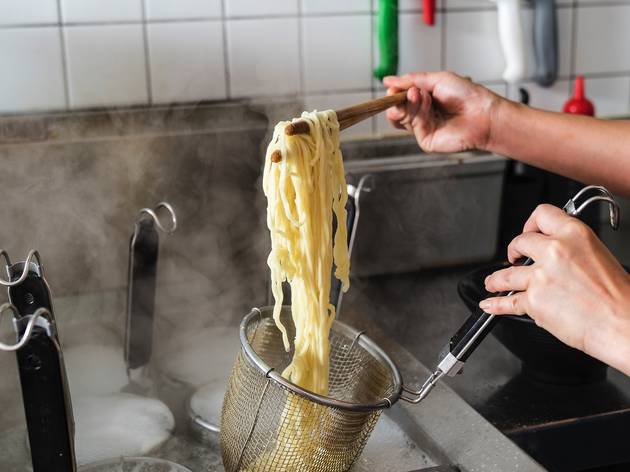 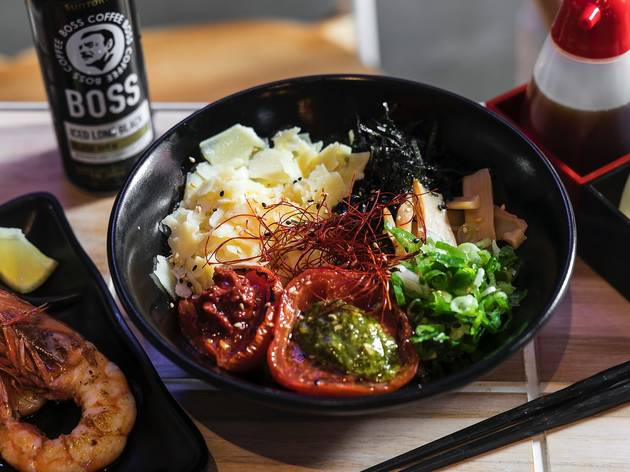 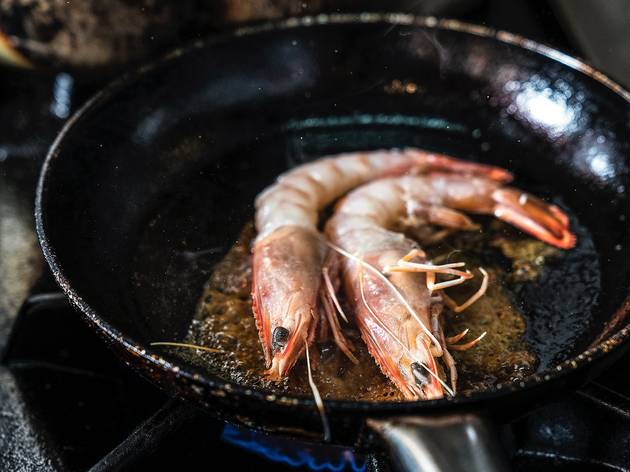 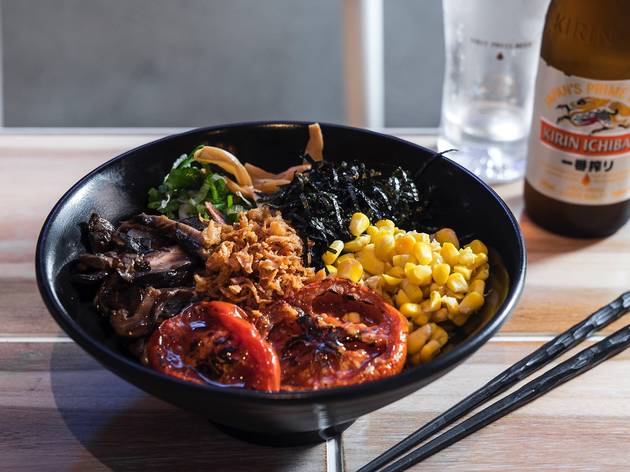 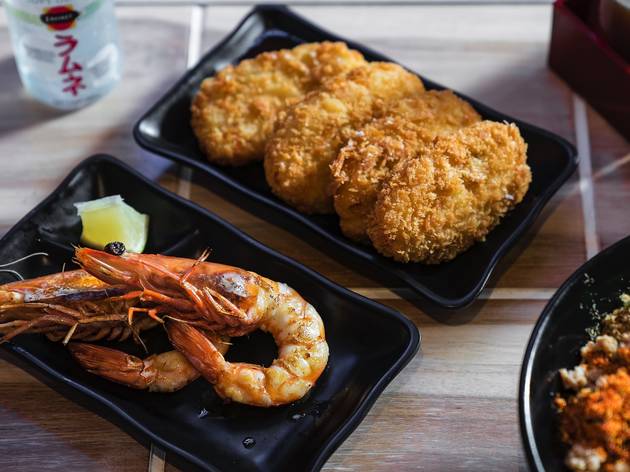 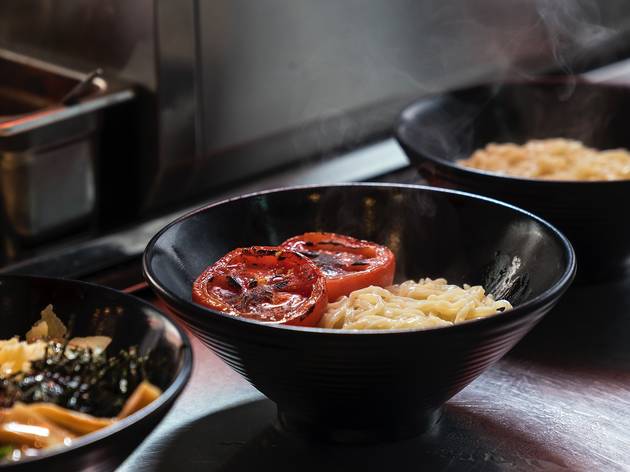 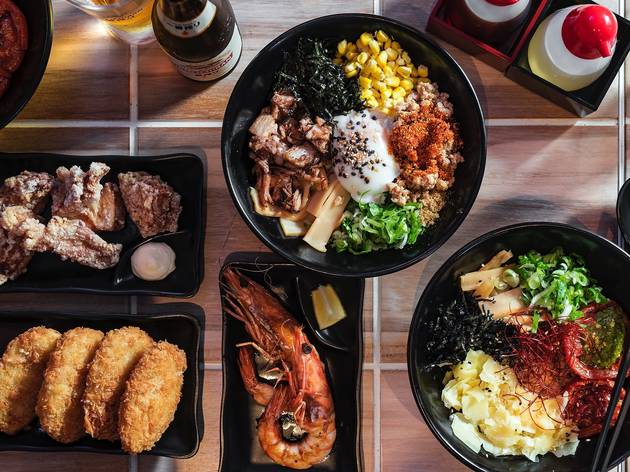 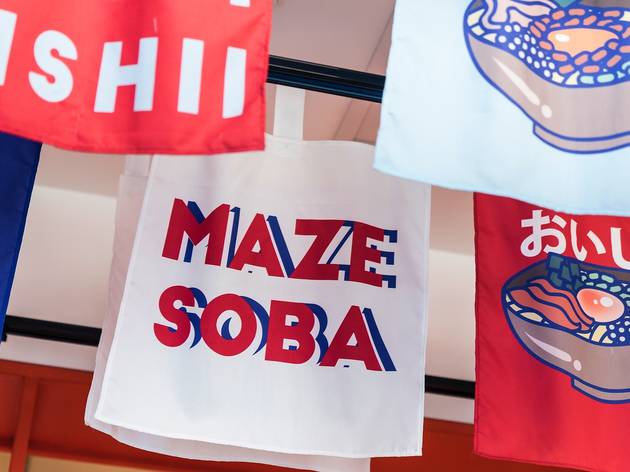 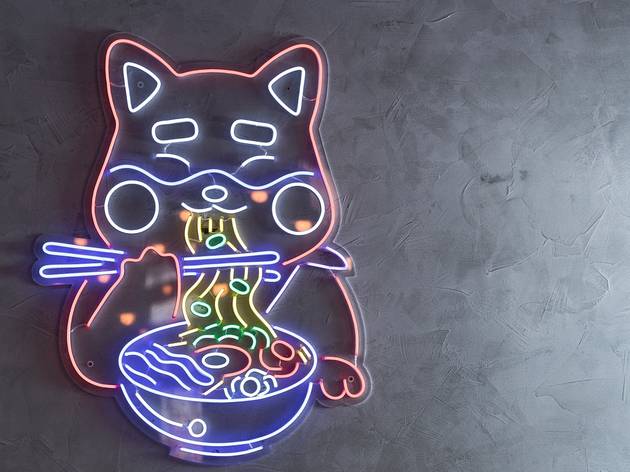 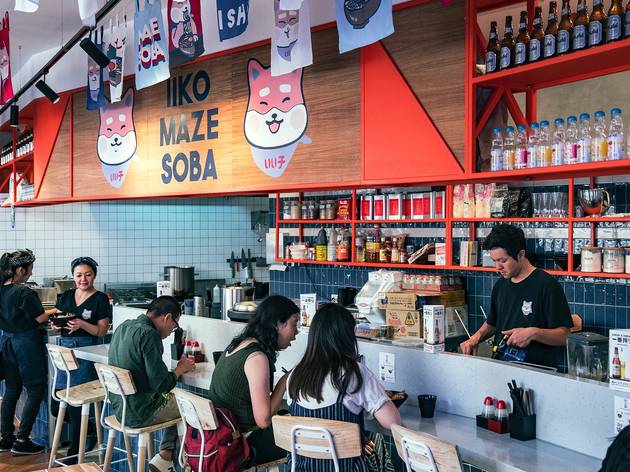 Move over tonkotsu, there’s a new type of ramen in town – and it isn’t a soup

Teddy Roosevelt, the 26th US president, famously called comparison the “thief of joy”. He definitely wasn’t referencing the noodle dish that goes by the name of mazesoba, but he might as well have been. It’s a recent invention, created by a Taiwanese ramen chef outside of Nagoya in 2008, often called “broth-less ramen” and sometimes likened to Japanese carbonara.

These parallels are understandable, given you’re dealing with a tangle of noodles and savoury sauce buried underneath a canopy of recognisable toppings that must be stirred like mad in pursuit of emulsified glory. Yet, mazesoba (literal translation: "mixed noodles") is very much its own thing, and assessing it based on what it’s like as opposed to what it is might get you into trouble.

Variations of mazesoba have cropped up in ramen outlets across the city (RaRa’s take, in Redfern, is first-rate), but Iiko, which opened in Darling Square in November of 2019, is Sydney’s first eatery devoted exclusively to it. Because we seem to be in the throes of an obsession with noodles and ramen that borders on the pathological, it’s a restaurant that makes a lot of sense. We’re always on the lookout for the next best bowl, and Iiko adds considerably to that conversation by offering seven of them – some traditional, others not at all.

No matter what you pick, the importance of mixing at full tilt cannot be stressed enough. Soup-less it may be, but Iiko’s mazesoba is saucy to the point of being soupy, at times overwhelmingly so. As a result, sticking to fewer toppings is a smart move. The earthy crunch of bamboo shoots is still detectable in the original mazesoba that headlines the menu, even cloaked in the runny yolk of an onsen egg and amidst the competing cries of green onions, roasted sesame seeds, shredded nori and fatty cubes of chashu sealed with a smoky kiss from the charcoal grill.

Calibrating the perfect bite becomes far more challenging once corn kernels, fish powder and dan dan noodle-style spicy pork mince enter the fray, as they do in the zenbu mazesoba. Some drops of the mildly tart kombu vinegar on the table are essential, providing much-needed acidic relief, but achieving the correct ratio is no picnic. For a quicker and easier palate cleanse, crack a tin of lolly-like sparkling Fuji apple juice that finishes crisp and dry. Or better yet, rip into a tender chunk of karaage chicken that sports a dusty coat of barely-there batter.

Fusion goes one step too far in a bowl pitting the stock-standard supporting players against parmesan cheese, slow-roasted tomatoes and threads of chilli, which winds up drippy with a perplexing combination of prawn oil and pesto sauce. Two dry king prawns sit on the sidelines, seemingly confused by the prospect of it all. These loud flavours prevent the noodles themselves (made in-house with the help of a $20,000 imported machine) from getting the credit they deserve.

They’re wavy, wiggly, thicker and stretchier than what you’d find swimming in classic tonkotsu broth, and they shine brightest in the vegan mazesoba, laminated in black garlic oil and the trickle of sautéed mushrooms and those slow-roasted tomatoes, which overflow with caramelised sticky-sweetness.

It’s not hard to imagine a Sydney of the future with mazesoba shops in every other suburb. It’s a medium rife with creative potential, affordable, comforting and timeless. Iiko, though, will always be the one that got there first – and nothing can compare to that.