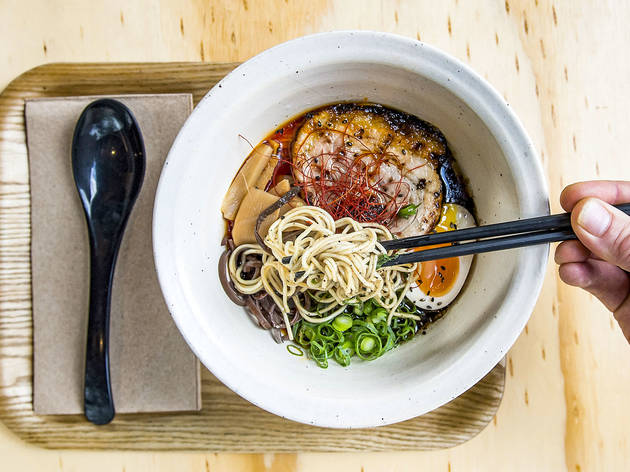 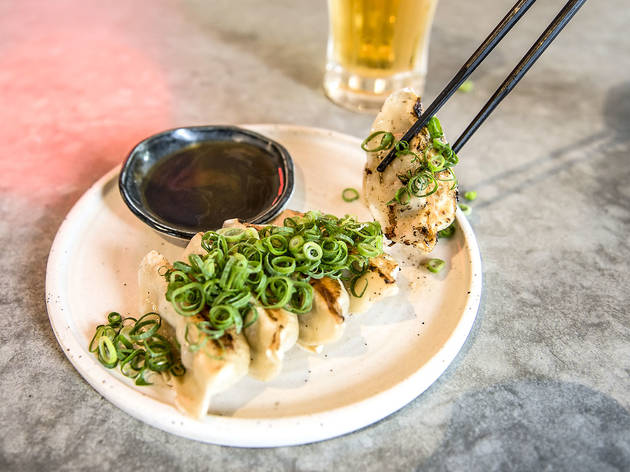 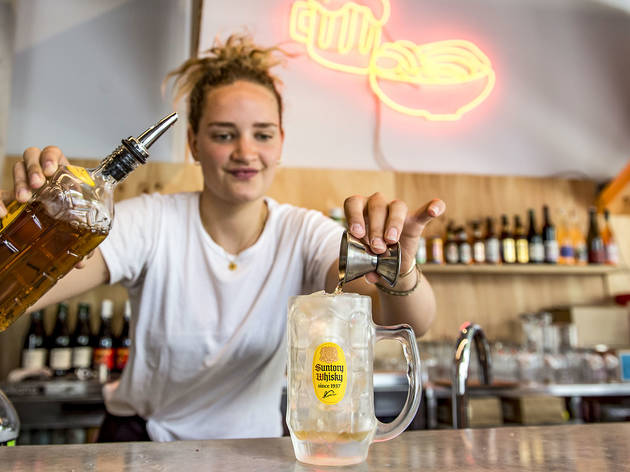 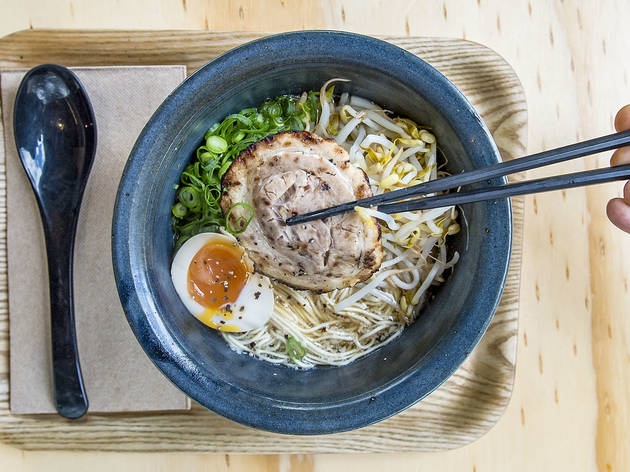 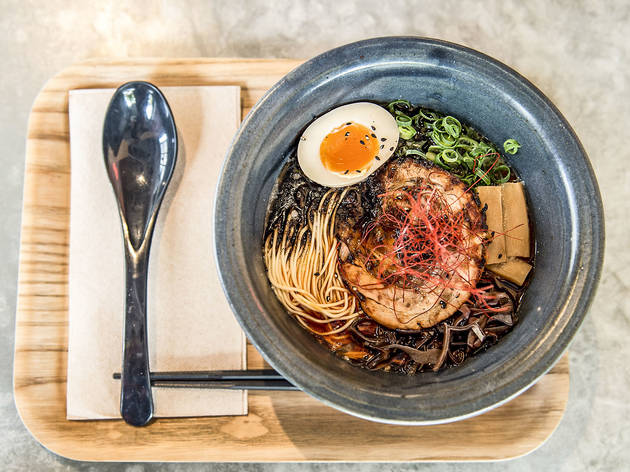 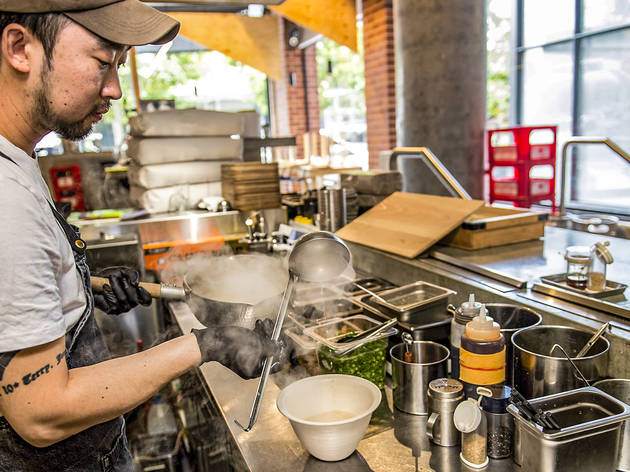 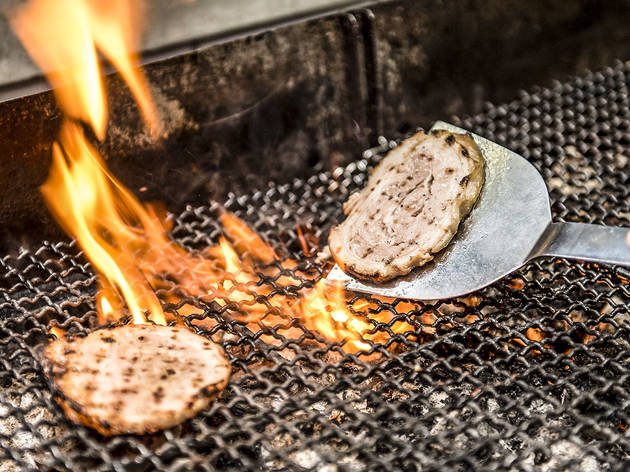 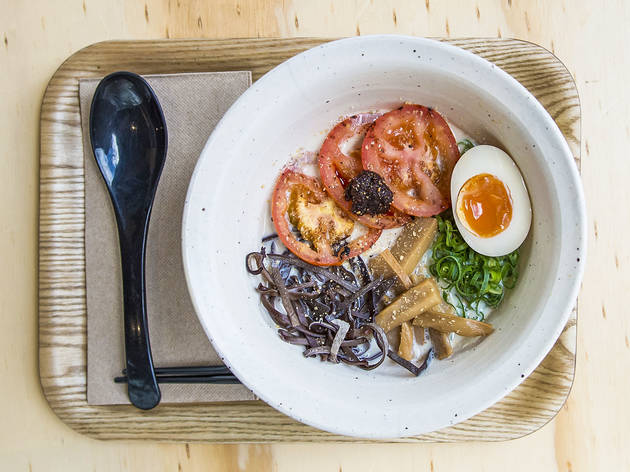 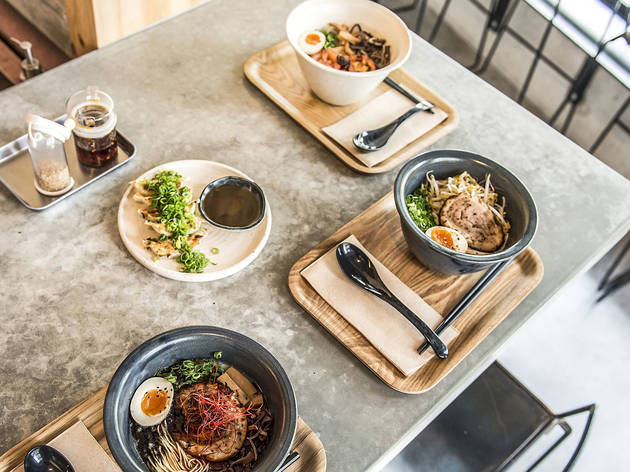 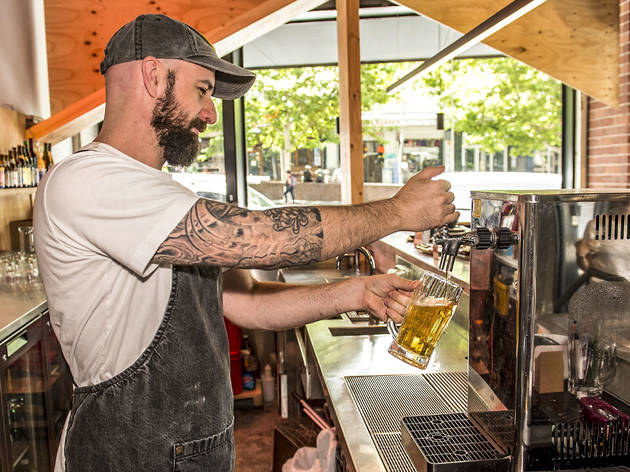 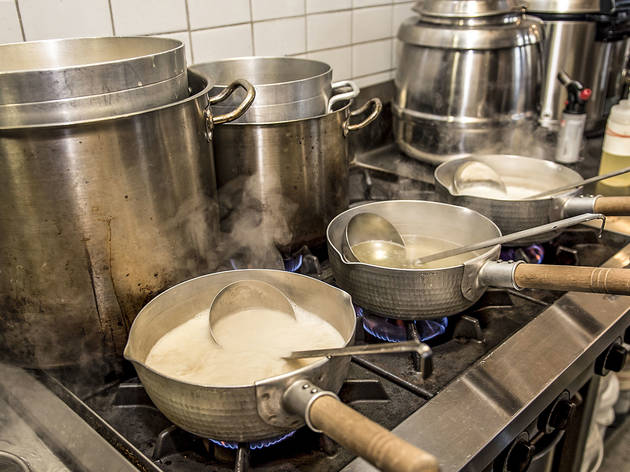 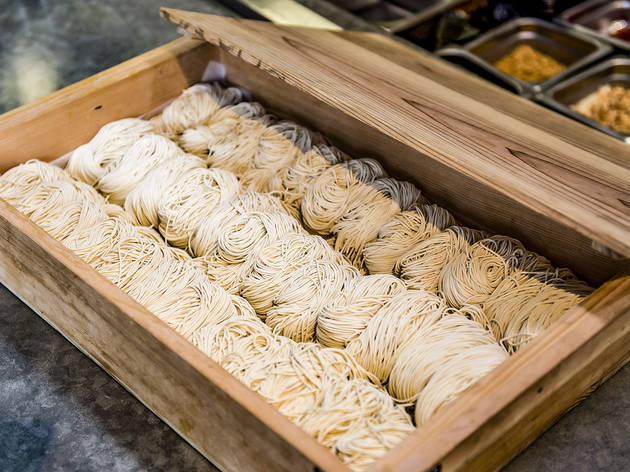 For diehard fans of Redfern’s ramen bar, every season is noodle soup season

Has anyone ever told you that drinking hot tea on a hot day will cool you down? It’s backwards logic, but maybe it explains why on a 32-degree night Redfern’s new ramen joint is packed to the gills with people clamouring for hot noodle soup. There’s even a ten-person wait list (you need to add your name inside), and the diners just keep coming.

Or maybe it’s because they are making very, very good ramen here, with natty wines, Japanese beers, whisky highballs and a very smashable yuzu soda that comes in a Codd-neck bottle, the ones sealed with a glass marble that you need to pop down into the neck to break the seal.

Sydney is a town of many noodle soups, so what makes this one worth waiting for? To start with, the char siu roast pork gets an extra flavour kick by being seared quickly on a hot plate before serving. The little bits of caramelised fat and meat intensifies the flavour, and all that hot fat means the mouthfeel is extra luxurious. Plus, free-range locally sourced meat means double points for promoting good farming practices. The seasoned eggs are also free range, so order an extra half without guilt, and also because they are delicious.

Tonkotsu is the staple broth here, which you can customise with black garlic and a chilli oil that makes your stomach glow like a gentle campfire. There are also limited runs each day of a miso tonkatsu. Or if you are really just here for the noodles, branch out with a soup-free bowl of thick noodles, pork, eggs, green onion, sprouts, cabbage, onion, chilli, mayo and bonito. It also only comes in limited runs each day.

But back to the broth. This isn’t one of those gelatinous soups that coat your mouth so that no other flavours can penetrate. It’s surprisingly clean and almost sweet in flavour for something so rich. You’ll feel full, but not excessively so, unless you order an extra serve of noodles. Prefer clear to creamy? Unlike the tonkatsu, which they season with a secret shio tare, the pork shoyu with a soy sauce tare is an umami sea spiked with black pepper and filled with thin housemade hakata noodles that you’ll want to revisit again and again.

At Ra Ra Ramen they’re doing a better job than most of emulating the kind of high-turnover ramen restaurant you’ll find in every corner of Tokyo. It’s in a new development that contains a ready-made customer base in the student accommodation next door, with a Huxtabuger and a juice bar as neighbours. It’s got that slightly DIY, pop-up vibe that comes with a bar built of raw timber; if you concentrate you can hear the hum from the red neon noodles and beer sign; and everything happens out in the open, with bartenders pulling edamame from a big steaming pot and then pulling beers while down a few steps the open kitchen is crammed with giant broth pots primed for the nightly rush. Which is lucky, because the onset of a crushing summer season clearly hasn’t dampened Sydney’s brothlust.