Restaurants, Indian Sydney
3 out of 5 stars 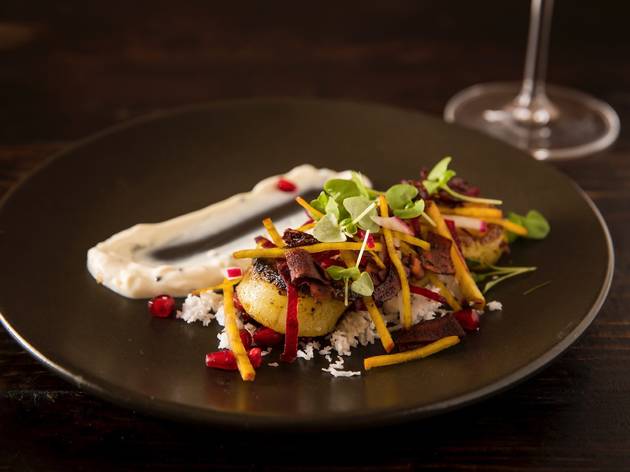 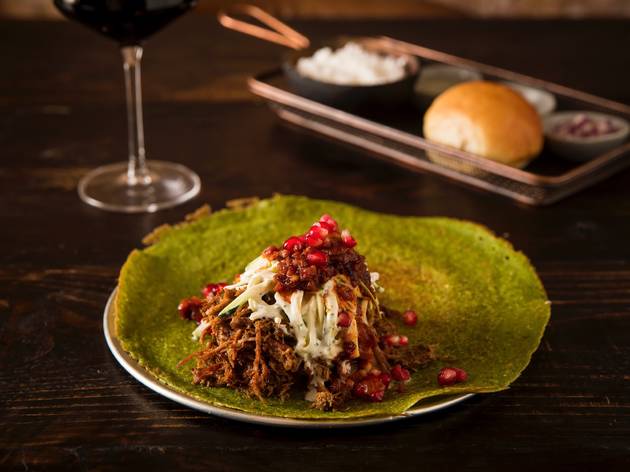 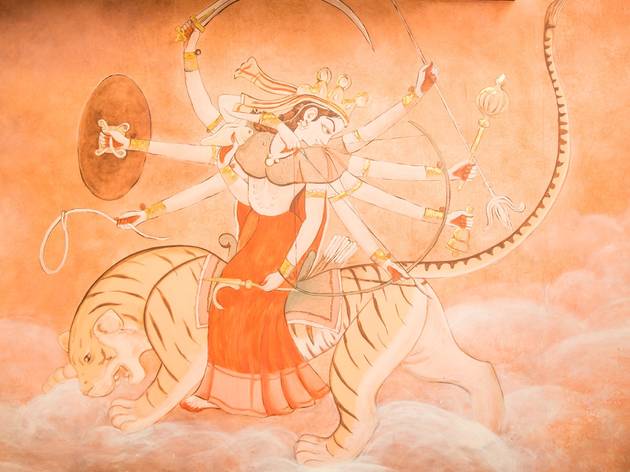 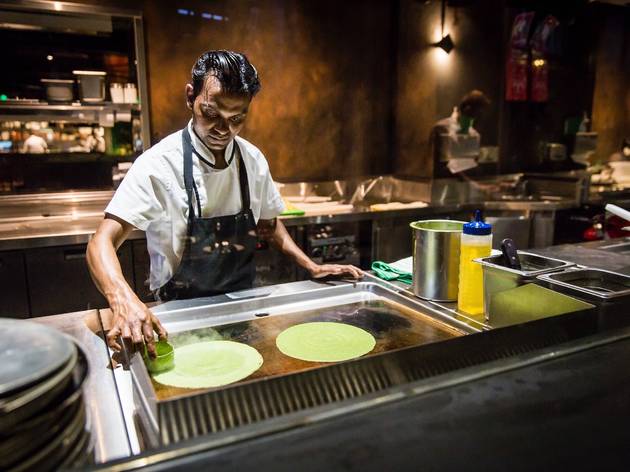 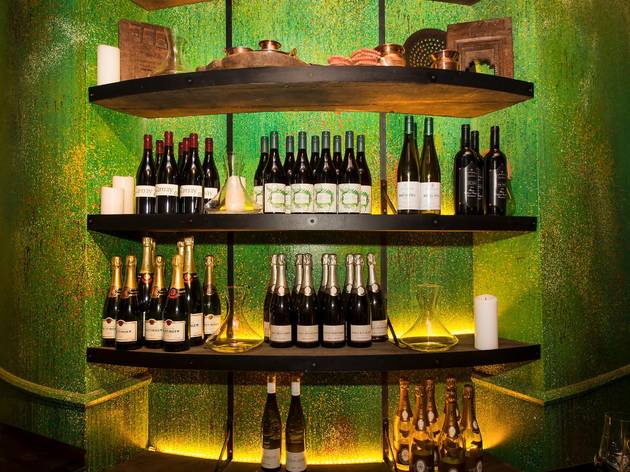 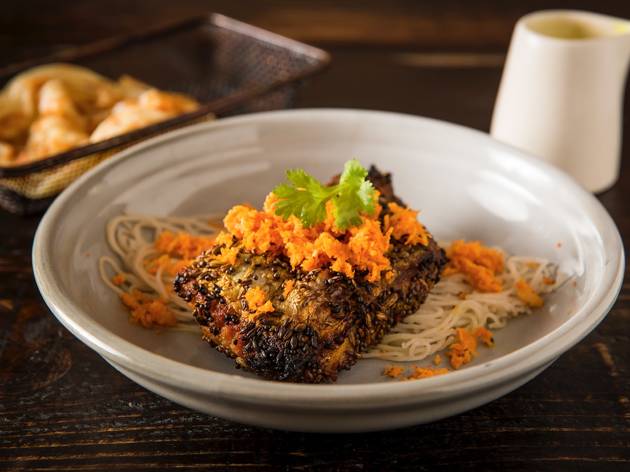 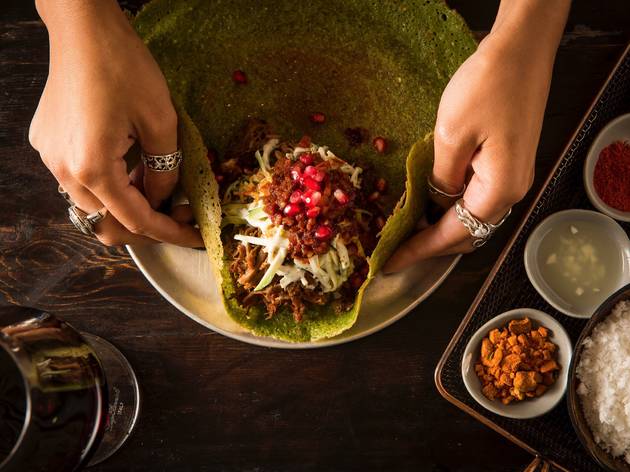 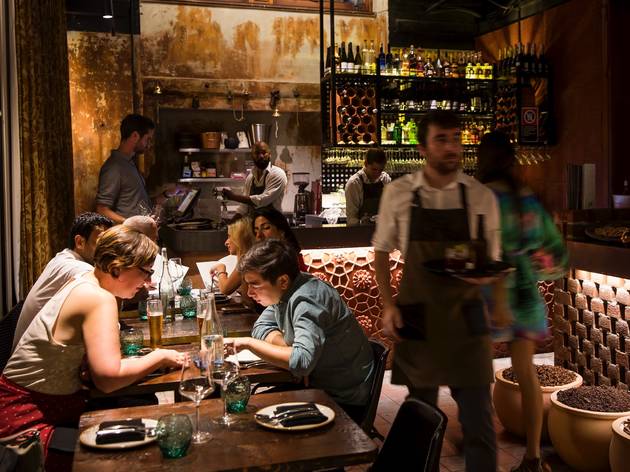 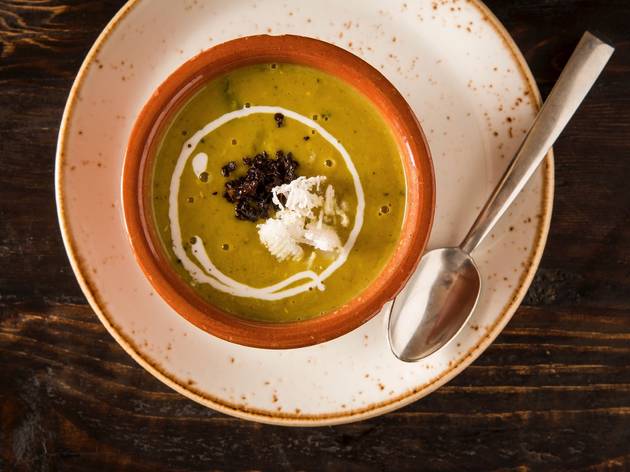 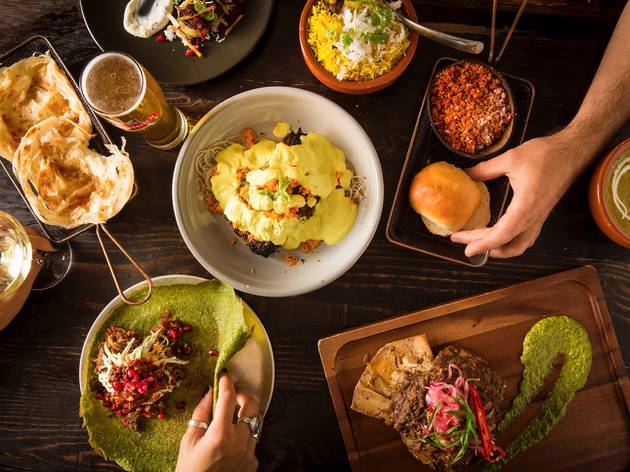 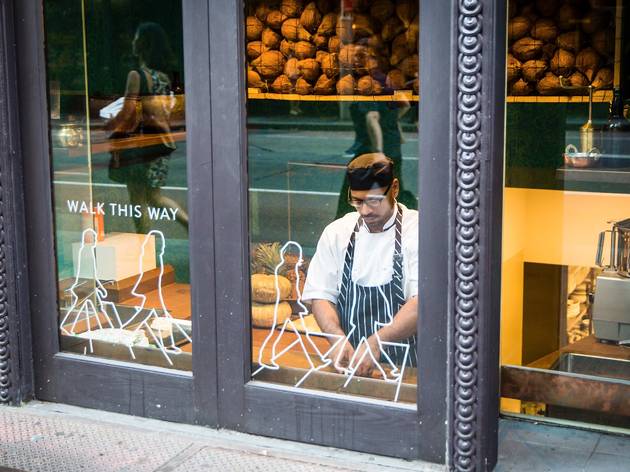 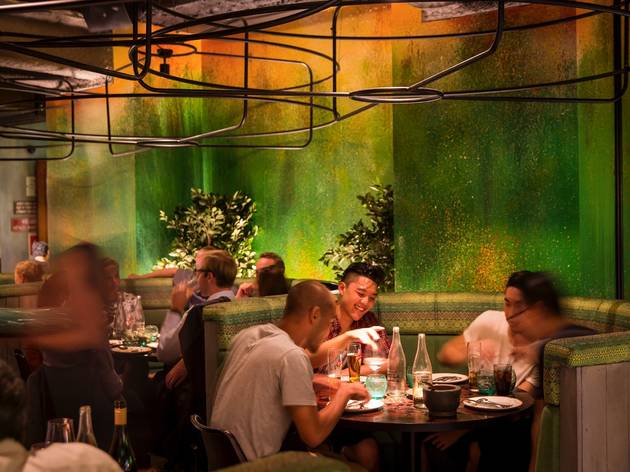 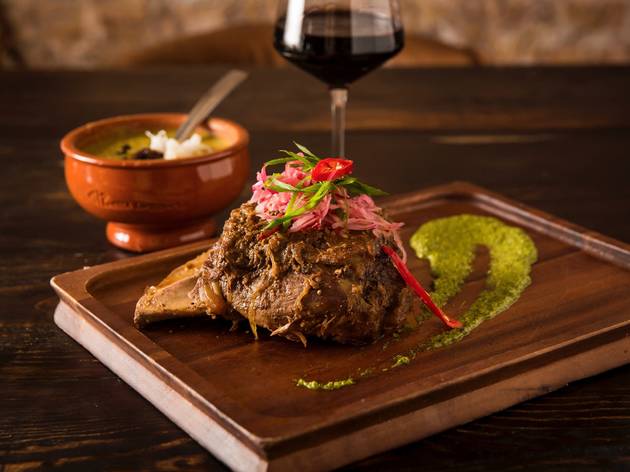 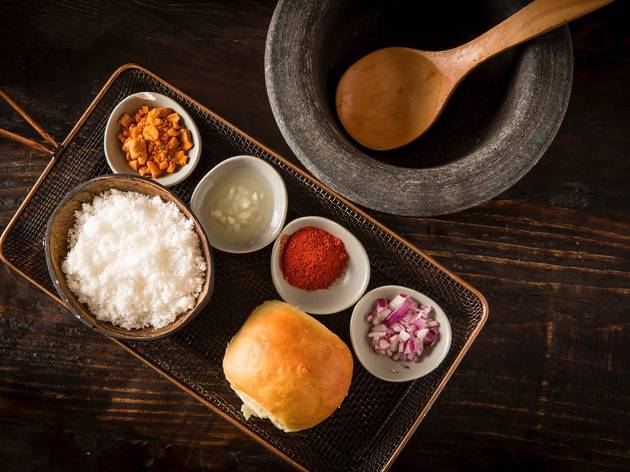 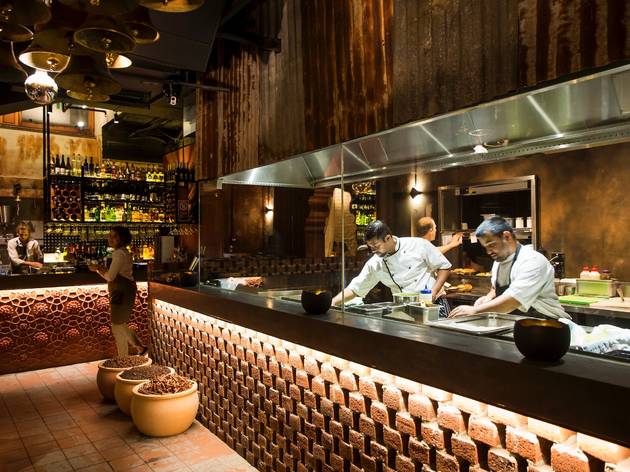 Walking into new Indian eatery, Indu, is like walking into a super slick rabbit warren. It’s below street level on George Street, with access off Angel Place, and the restaurant seems to expand as you walk through it, with two kitchens, two private dining areas, and richly upholstered, crescent-shaped booths filled with hungry folks with curry on their minds. The music is 70s-centric, which tells you who their audience is.

The friendly waiter sells us on the ‘Signature Feast’ banquet menu, which at $80 per head ain’t cheap, but the luxe interior makes us expect great things. Indu promises to replicate “village inspired” Indian dishes in Sydney. Owner Sam Prince has Indian and Sri Lankan heritage, and he used contacts in his mother’s home country to hook Indu up with the Palmera organisation’s Village to Village Program, a charity which supports widows displaced by the Sri Lankan Civil War into employment. This isn’t just a restaurant; it’s also a charity.

The food is not the humble fare you’d expect of village cuisine. We get the coconut sambal first - we’ve heard that it’s made with fresh coconut, shredded by hand at the table, but they’ve since changed to dried coconut, which (although they do dry it themselves) means that the resulting sambal – hot with Kashmiri chilli powder, red onion and devilled cashews, and sharp with fresh lime – is more of a powder than a paste, defeating the purpose of mixing it in a mortar in front of us. Showmanship aside, paired with toasted milk buns, it’s a refreshing way to start the meal.

Scallops are served with crunchy julienned radishes and sour yoghurt, and cooked to gorgeous, pearly luminescence. The smoked goat dosa – soft meat versus poppy pomegranate arils – isn’t the mammoth newspaper roll of crisp dosa pancake you might expect. It’s more like a small burrito that hasn’t been wrapped up yet. Barramundi is crusted with spices and served with south Indian/Sri Lankan string hoppers (like clusters of fine rice noodles) and an overly creamy sauce.

We love the Amma’s smooth, creamy dahl spiked with aromatic mustard seeds. It’s perfect alongside the lamb raan, which is cooked on the bone over 48 hours to fall-apart tenderness, and served with pleasingly sour pickled onions and minty raita. Lemon rice, prepared with the curry leaves and mustard seeds typical of southern cooking, alongside buttery parathas (which are so fluffed-up that they are really more like rotis) are a nice way to get your carbs. Skip the cocktails (they sound more fun than they taste) and enjoy your meal alongside a clean, dry glass of Woollaston Riesling from Nelson in New Zealand instead.

Indu is a bit too expensive for what it delivers flavour-wise. We can’t help thinking that Indian food served in a less polished way – at Faheem’s, the Colonial and Janani just to mention a few – makes it feel all the more magical, and certainly more village-like. The flavours are Westernised to the point white baby boomers will feel comfortable tucking in, and the place makes giving to charity filling, as well as fulfilling. That’s an idea we can get behind.