Is NSW sleepwalking into a major hospitality labour crisis?

Whether you're calling it 'Freedom Day', 'the end of lockdown', or just 'about damn time', people across NSW are counting down the hours until public venues can reopen. The prospect of finally being able to grab a pint at the pub or sit down to dinner in a restaurant after more than three months stuck inside seems like just reward after such a gruelling hiatus, especially for struggling businesses desperate to get paying punters back through the door. And yet, a confluence of complicated logistics and half-baked legislation is threatening to derail this promised revival for the hospitality scene.

Even before the current lockdown, the hospo industry was under stress. As NSW emerged from its first lockdown in June of 2020, everyday life settled into the uncanny valley of an almost normal existence. But as restaurants, cafés, pubs and bars appeared to be returning to business as usual, those behind the scenes could see that the national shutdown had already taken a toll on the industry. “For the past year, there’s been a huge lack of supply of workforce, especially at a really experienced level,” says Kenny Graham, co-founder of the Mary’s Group. “We had to totally shift our employment MO from looking for staff with strong professional creds to just trying to hire anyone who might bring some personal value to the team and fit in. There’s no way you’re going to find a bartender with four years' experience just knocking about anymore.”

The loss of the usual influx of migrant workers since international borders were sealed combined with a mass exodus of skilled hospo talent, driven out of the industry by a lack of job security, has created a labour vacuum that employers were struggling to fill even before NSW was plunged into its lengthy second lockdown. But a new shift in the status quo could signal an even more acute crisis for the hospitality workforce.

As outlined in the NSW government’s snazzily branded ‘roadmap to freedom’, once 70 per cent of eligible adults over the age of 16 have been double-jabbed, which should be achievable by mid-October, shops, gyms and all manner of dining and drinking establishments will be allowed to reopen and seated service can recommence. However, both patrons and staff will need to be fully vaccinated. This, in principle, isn’t controversial – or at least it shouldn’t be. Medical experts unanimously agree that vaccination is the only way to protect the population and unlock our cities. This has been echoed by NSW premier Gladys Berejiklian, who has made it clear that vaccination passports will become a legally mandated condition of entry when lockdown measures begin to ease.

Prior to the announcement of the state's roadmap, the leaders of Australia’s hospitality sector recognised the important role vaccination would need to play in the industry’s recovery, for both its patrons and its staff. Culinary heavyweights like Maurice Terzini, Matt Moran and Neil Perry lent their significant kudos to the launch of the ‘Put a Jab on the Menu’ campaign, which encourages hungry punters to roll up their sleeves for their Covid shots before returning to the dining rooms that have now been shuttered for months on end.

With the statewide first dose tally now at more than 80 per cent, it seems opposition to vaccination is in the minority in NSW. But even if vaccine hesitancy is a relatively minor hurdle, vaccine access is emerging as a critical flaw in the state’s recovery plans. The majority of Sydney’s hospitality workforce are in the age bracket 16 to 39, who were ineligible for the Pfizer vaccine and discouraged from booking AstraZeneca. Even since this demographic became eligible to book in for a Pfizer jab on August 30, many have found it difficult to secure an appointment for several weeks, or in some instances, months. With the number of experienced hospo professionals already stretched, vaccination delays could push the issue to breaking point.

If the rules remain as inflexible as those described by the 'roadmap', staff who are either partially vaccinated or are still waiting for their first shot appointment will not be allowed to continue working, and it is unclear if venues could opt to solely offer takeaway and delivery as permitted under lockdown. If they can't, this could mean some venues that are currently open for takeaway will have to close.

When approached for clarification, a statement from the NSW Ministry of Health did little to cut through the murk: “The finer details of the roadmap are currently being worked through, but there will be requirements in place to ensure only those who have received both doses of the Covid-19 vaccine can take advantage of the freedoms.” 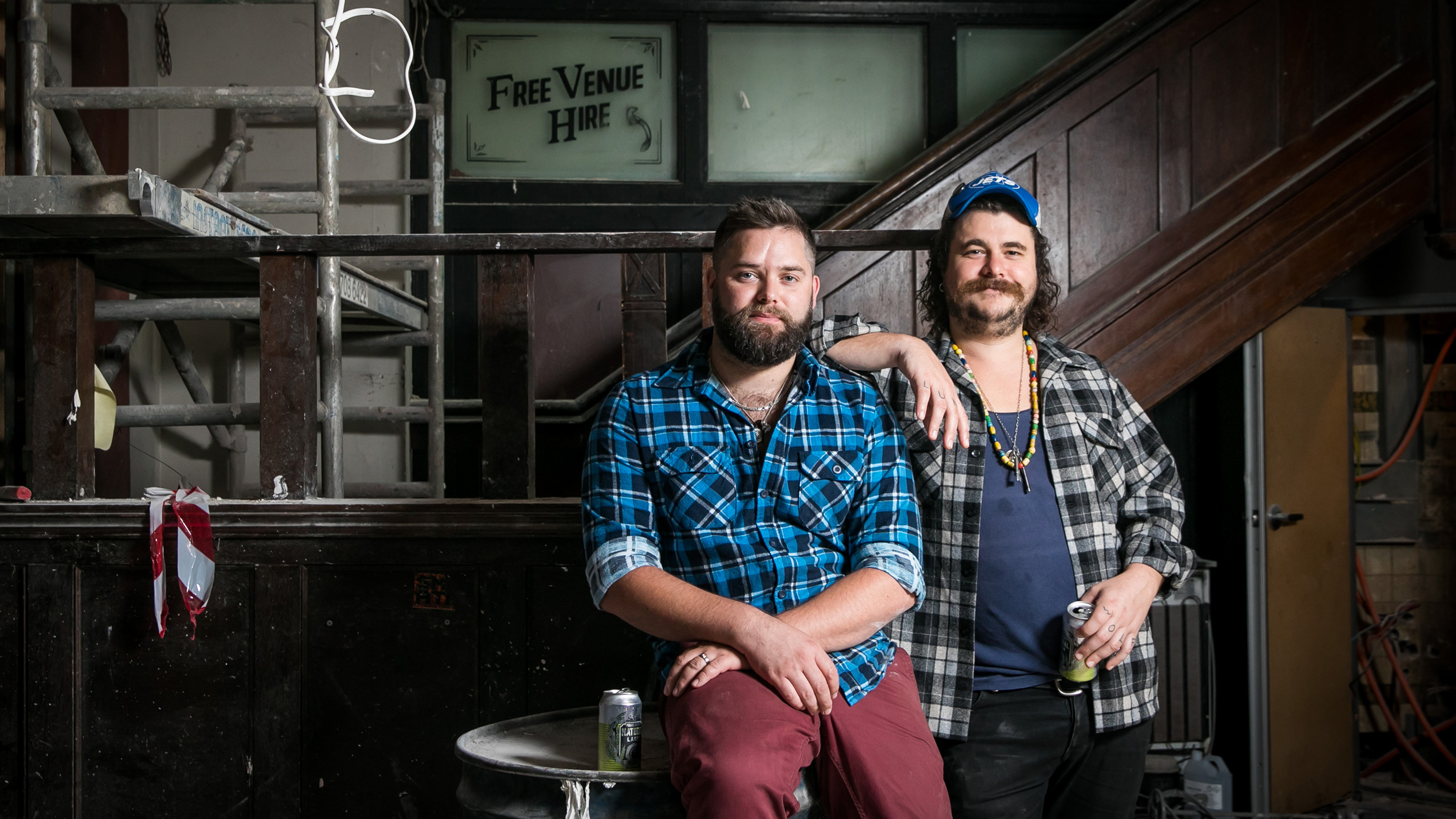 In her daily press briefing on September 15, the premier admitted that these rules were "uncharted territory," adding that the state was seeking legal advice on how the rules could be enforced. While it makes sense to bar customers and staff who are deliberately dodging the jab, there don’t yet appear to be contingencies or financial support in place for workers who want to be vaccinated but have simply not been able to do so because of the government’s vaccine supply failures.

Graham says the state government’s lack of guidance, or any indication if the new rules will be legally enforceable, is leaving employers in limbo when they should be preparing their businesses to reopen. “The government is really hanging this decision over our heads. They’re expecting businesses to make the call for them, which I think is a bit shameful. It feels like they’re saying, ‘There’s a 99 per cent chance we’ll mandate it, but we’ll let you fight it out amongst yourselves first’, you know? When we are about to open up, is the government going to pipe a few days before and mandate it, and then we’ve only got a few days to scramble through the HR shitfight?

“The government has to give us a timeline. What’s the date going to be? We need a date – it’s only fair so people can move forward with planning.”

This is not the first time the NSW government has had to address a vaccine bottleneck. To ensure access was not a limiting factor for other professional sectors, special vaccination drives have been offered to supermarket staff, aged care workers and frontline medical and emergency services personnel. However, there is not as yet any plan to offer similar priority access to hospitality workers that might ensure businesses can reopen without issue on the first Monday after the 70 per cent vaccination target has been reached.

But it’s clear that the economic value of making more jabs accessible to hospo workers warrants such a scheme. Michael Rodrigues, NSW’s 24-hour economy commissioner, described the food and drink sector as “absolutely vital” to the state’s revival, adding: “You can’t have a cultural and economic recovery without a resurgent hospitality sector. And that sector has taken an absolute battering during Covid.”

There’s also confusion over whether staff members from the LGAs of concern will be allowed to leave those areas for work, and whether surveillance testing requirements can be expected. Brett Pritchard, co-owner of Redfern bar Ron’s Upstairs, says several of his team are currently living in Sydney’s west. “One of our chefs is in Canterbury-Bankstown and another is in Rockdale. So unless things change, I’ve got two key staff members that are in those hot zones. They’re both double vaccinated, but as yet, we have no idea if that’s going to make any difference.

“If I had to open tomorrow, without them I’d be really struggling.”

The question of how venues will screen their customers’ vaccination status is equally fraught with confusion. “We don’t want to be the ones policing this,” Pritchard says. “Even asking customers to just check in using the QR code, we get people complaining. So I hope it comes down to personal responsibility and common sense prevails… I don’t want to have to hire someone to stand at the door to check people are doing the right thing. Just don’t be a dick, get vaccinated.”