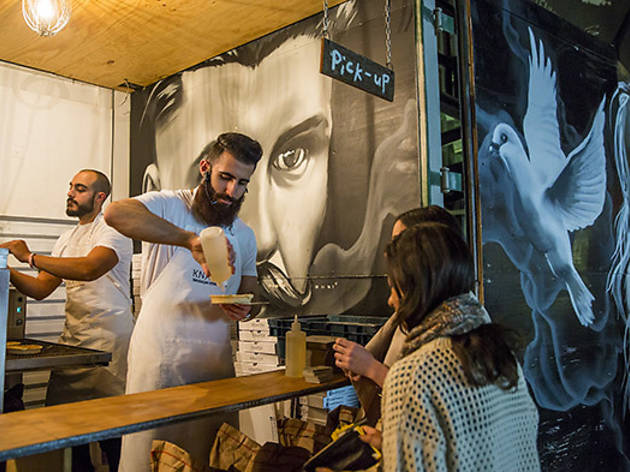 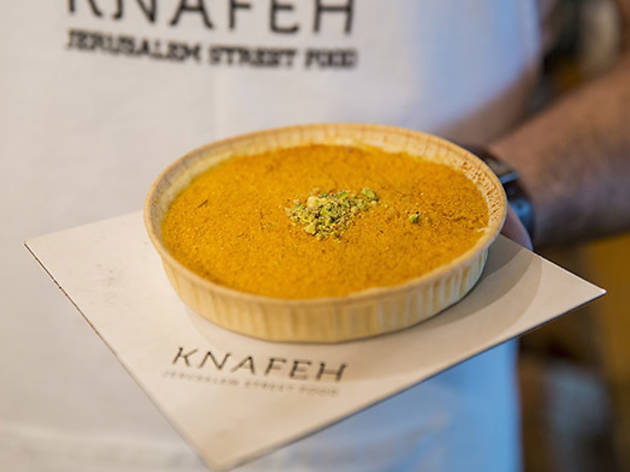 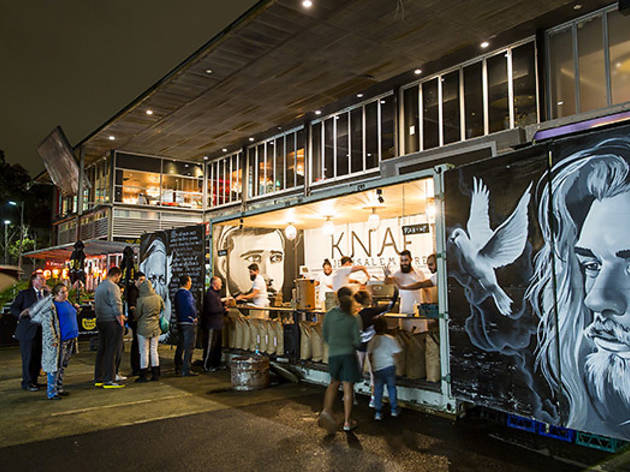 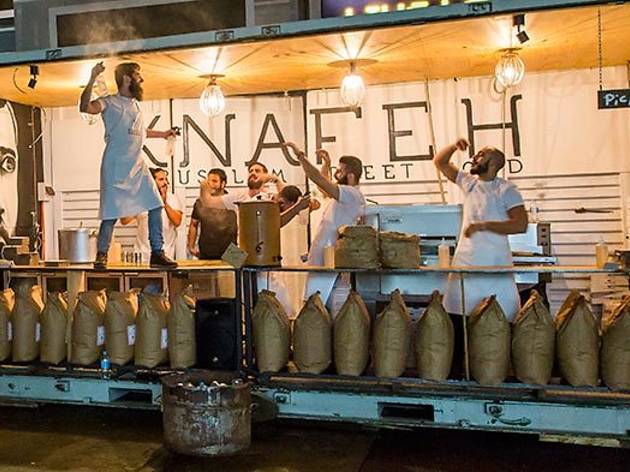 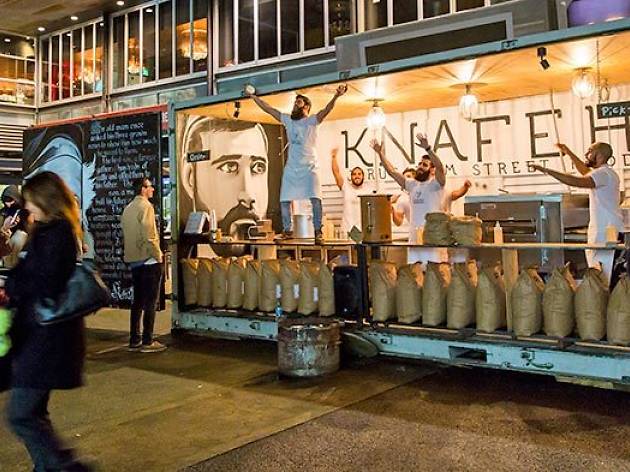 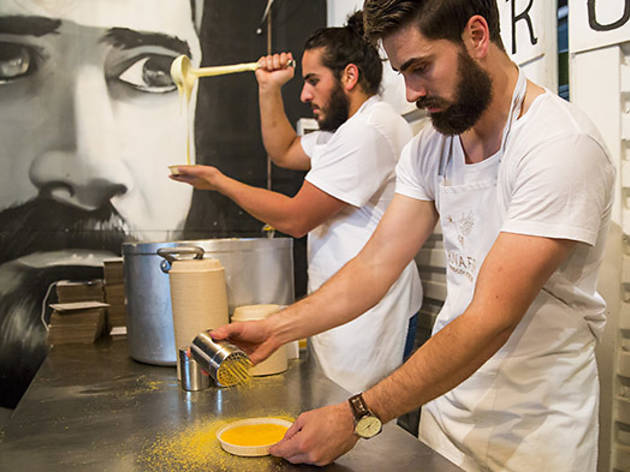 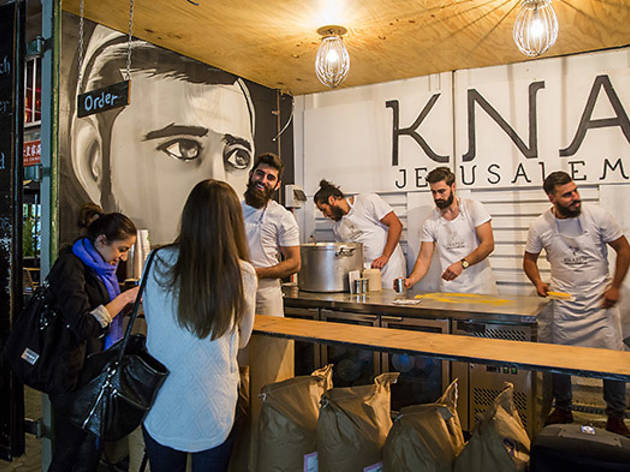 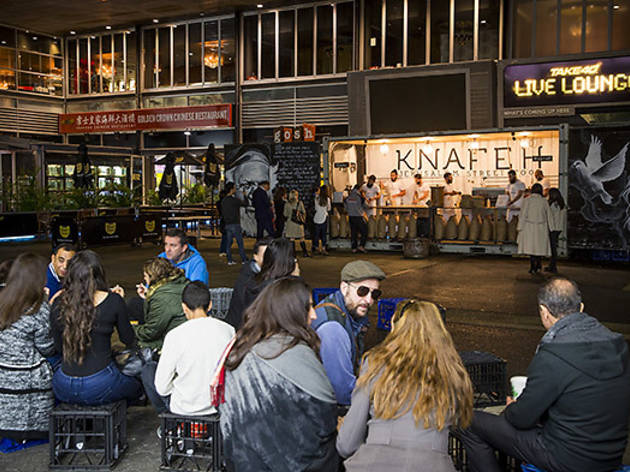 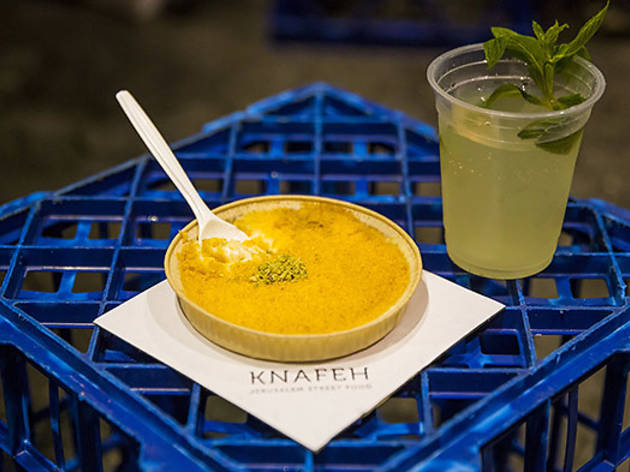 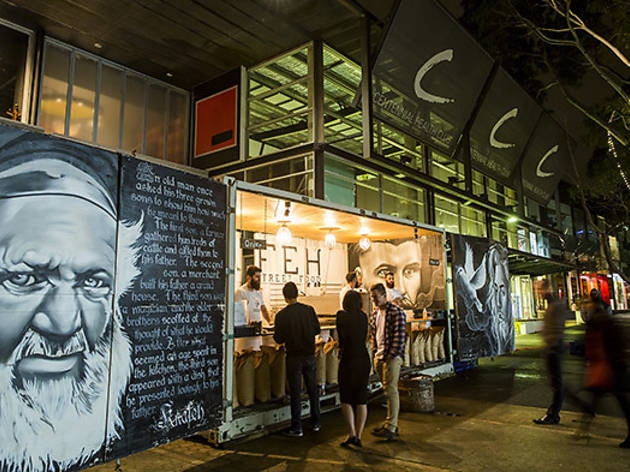 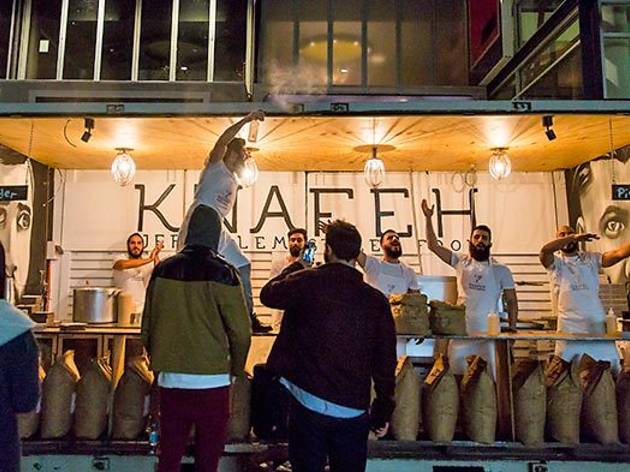 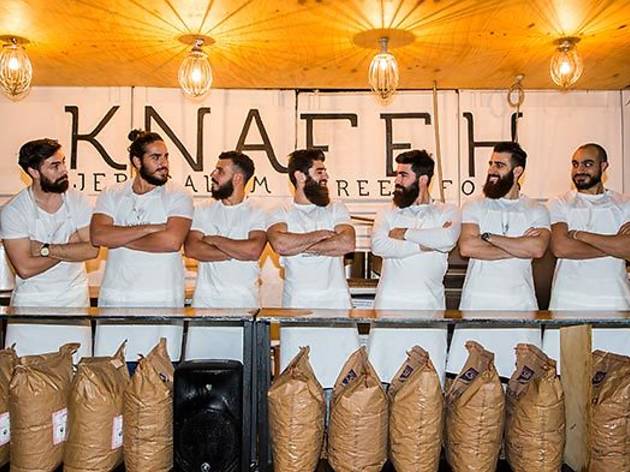 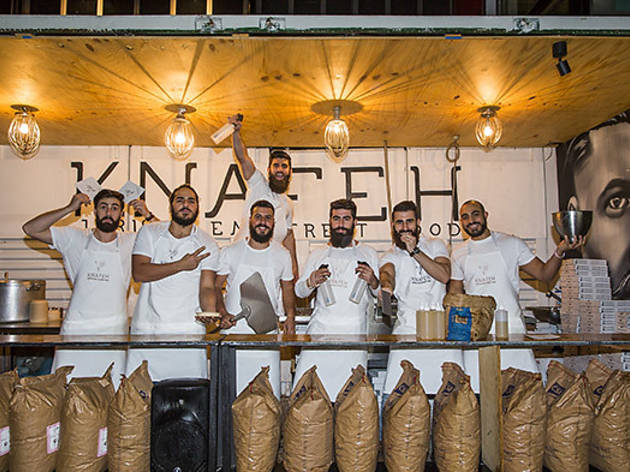 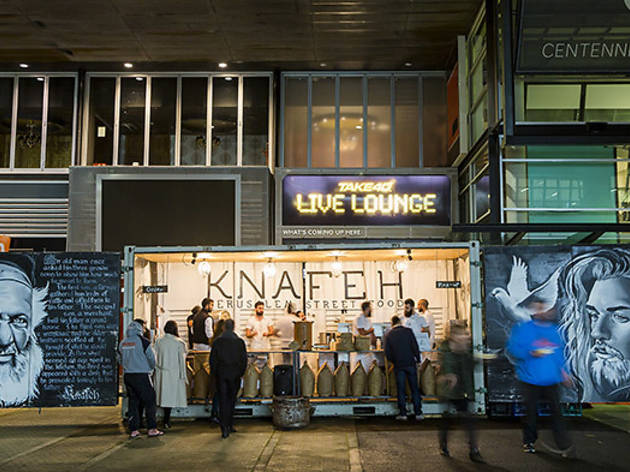 An authentic Mediterranean treat (well, kind of...) is the star at this charming Sydney pop up

Knafeh seems to have taken over Sydney as of late. At the very least, the so-called “bearded bakers” making it at pop-up locations all around the city certainly have. They’ve been on the telly, and their social media following is going gangbusters. But what, you ask, is knafeh?! Let us explain.

First off, let’s save you the social embarrassment and get one thing out of the way. It’s pronounced “ke-naf-ey”. It’s a traditional dessert of the Levant – which covers a swathe of the eastern Mediterranean and countries including Cyprus, Lebanon, Jordan and Syria, among others. And it comes in numerous forms, almost all of which contain some sort of pastry casing typically made from crisp, shreddy kataifi pastry. The gooey centre of molten cheese, similar to mozzarella, is the pièce de résistance. After baking, the whole lot is doused in rosewater-scented sugar syrup before being topped with crushed pistachios, (sometimes) bread and – if you’re lucky – clotted cream.

What the guys are offering at Knafeh Bakery in Sydney is not that. The pistachio topping and syrup are there, but instead of a stringy, cheesy pie, here it's a little paper pot of semolina-like cream crowned with a shake of crumbs. The crispy topping might have once been kataifi, but if so, it's been blitzed up. Still delicious, but not like any knafeh we’ve ever had before.

In chilly weather, it warms the cockles to no end, though it won't blow you away with flavour. It’s a pretty simple thing: hot and bubbling custard, sweet and not too rich, the topping growing crisper the longer you leave it untouched. The syrup should be infused with rosewater, but we don’t detect much in our serve. Order the Moroccan mint tea to accompany – its herbaceous flavour provides a beautiful balance, and thankfully it’s miles less sweet than the syrup you're likely to find in Morocco.

The "bearded bakers" behind Knafeh aren't ones to stay in place, though – you need to know how to find them if you want to enjoy what they're making. Here's how: first, you'll want to follow @knafehbakery on Instagram and await the mid-week reveal of where they will pop up that weekend. Then turn up at said location and watch the assembly line in action. On the night we visit, each baker is performing a different task as they make the knafeh. Bearded man no. 1 is taking orders (don’t expect to get away without a few compliments – this guy’s a charmer); bearded man no. 2 is mixing the pot and pouring it into cases; bearded man no. 3 sends them to the grill; no. 4 takes them out and no. 5 drizzles the syrup and serves them up.

There’s also hip hop blasting from the speakers, milk crates for perching and the guys’ comical running commentary to ensure you're having a good time. And while the knafeh might not be the melty cheese sambo we were expecting, it is warming, tasty and sweet – a kind of holy triumvirate of good things to keep your palate happy in the dead of winter.