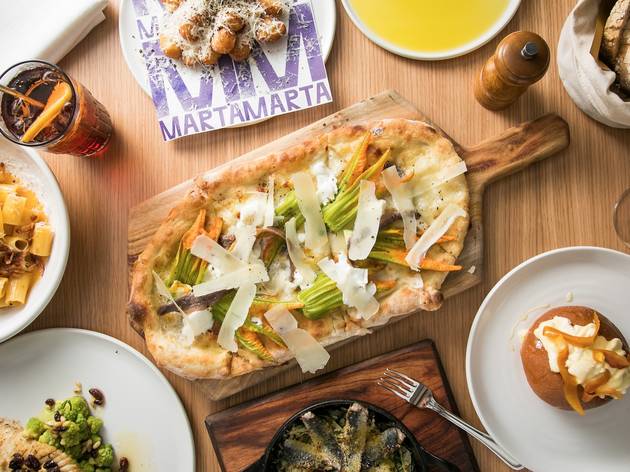 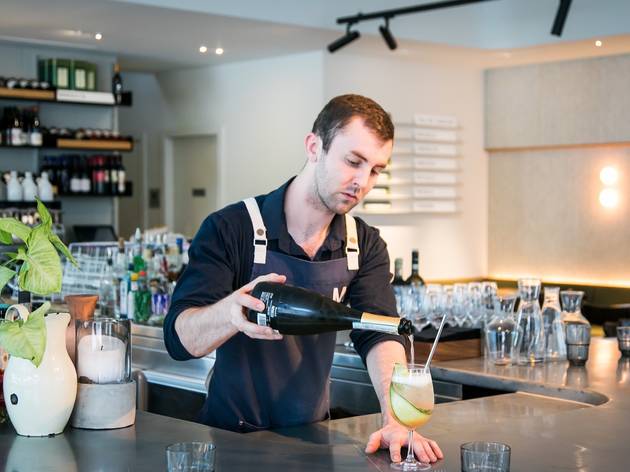 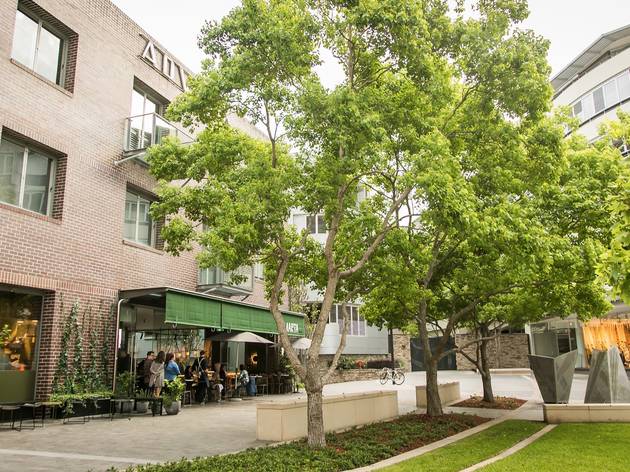 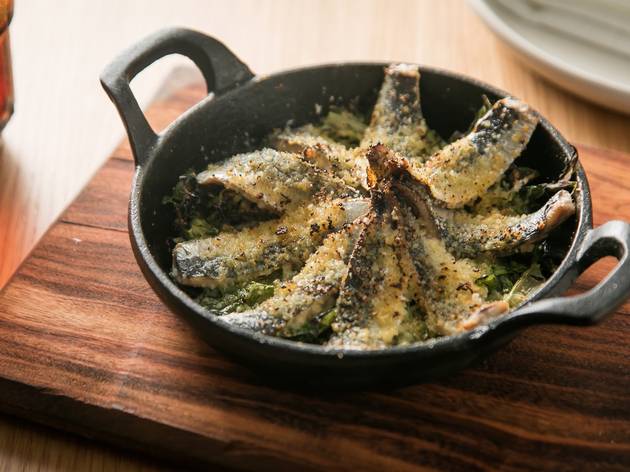 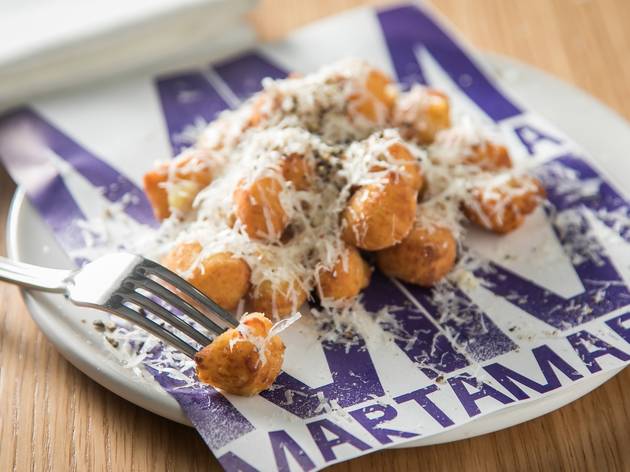 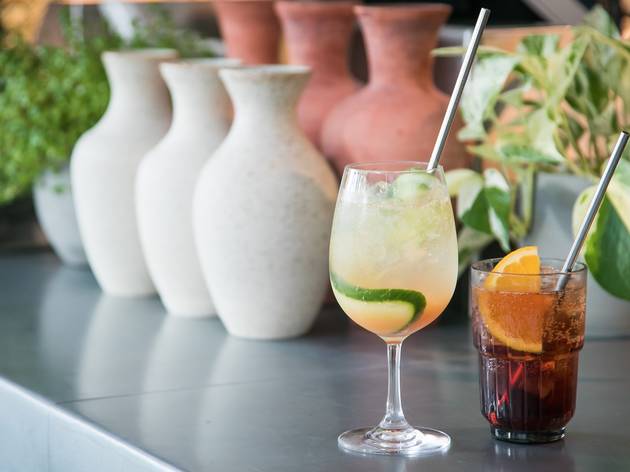 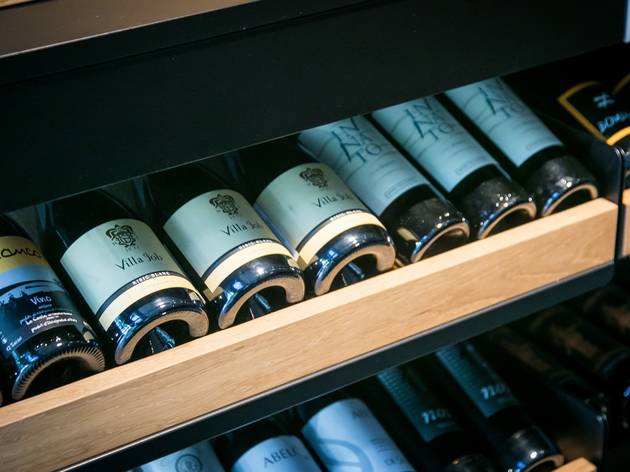 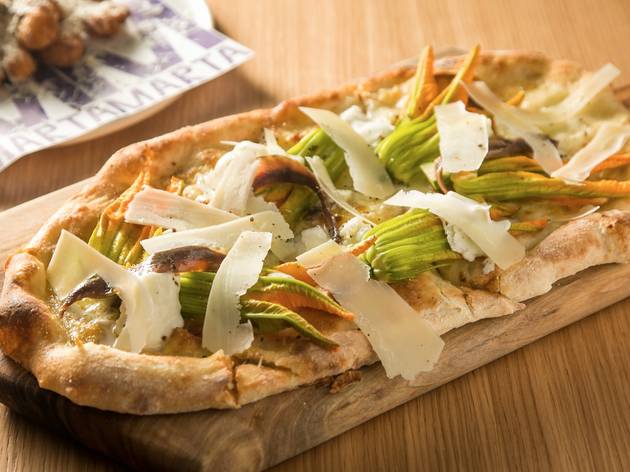 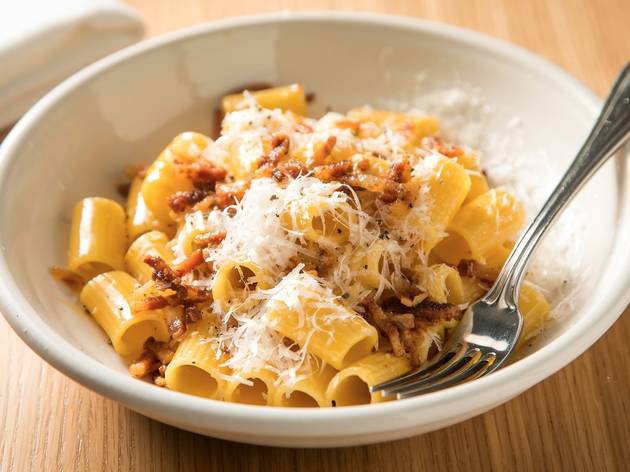 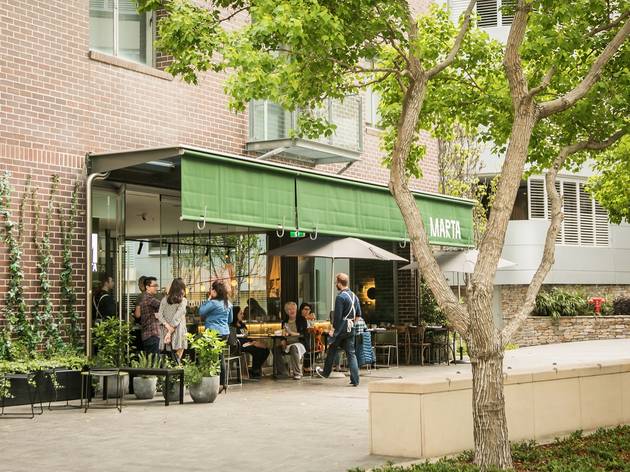 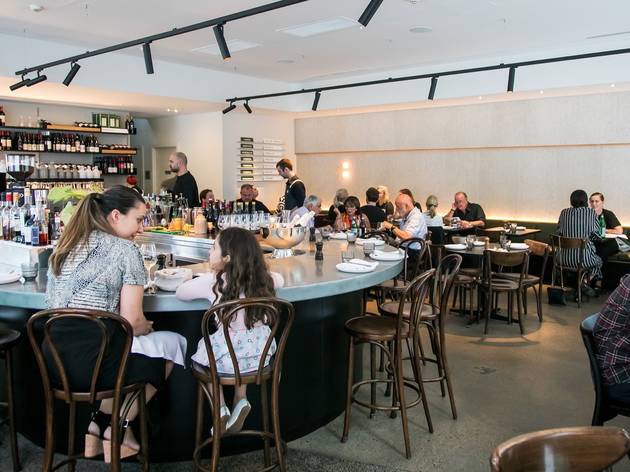 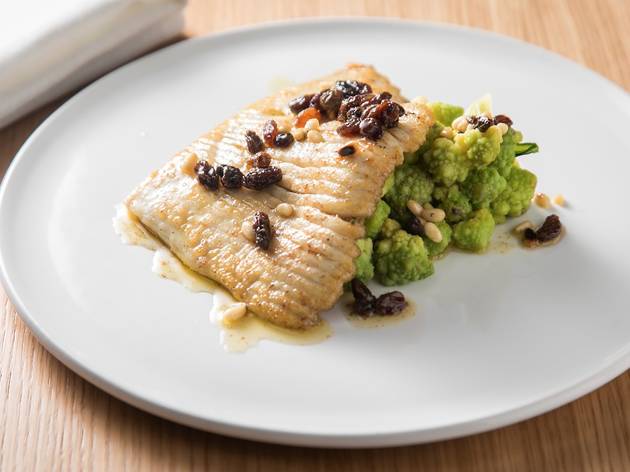 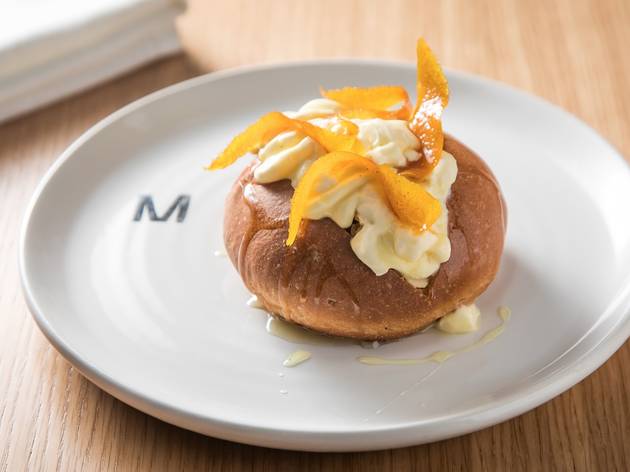 Flavio Carnevale has plans to relaunch Popolo in a new location further down the track, and in its place has opened an altar to Santa Marta (Martha), the patron saint of cooks. This is where you can take a dining chair tour of Rome, with a greatest hits menu inspired by the ten years Carnevale spent there as a young man.

Cacio e pepe, that monastically restrained topping of cheese and pepper, finds a happy home first on top of a plate of little deep-fried gnocchi – they’d make excellent bar snacks with a cold Peroni – and then as the humble star of a pasta dish of thick spaghetti. Wide, short tubes of bombolotti will make you rethink carbonara entirely. This is not some saucy, creamy Latina affair, but a classed-up version of the shepherd’s staple, where a spare sauce of egg yolk clings to the pasta flavoured with extra salty cured pork jowl and a light snowfall of pecorino. Didn’t think carbonara could be a summer dish? Here’s the repudiation.

The pizza game is playing by new rules at Marta. You’re probably familiar with Napoletana-style pizza, which is big, chewy and cooked quickly in a 485°C oven. You might also know Roman-style pizza, those crisp, thin-crust editions eaten in the capital. But what you’re eating here is something else entirely. They’re known as pinza, or schiacciate, and it’s an ancient Roman recipe that Carnevale tells us is experiencing something of a resurgence back home. The pizze are smaller, and oval, not round. They’re made from a very soft dough – up to 80 per cent water – that is proved for 72 hours to keep it light and fluffy, and then crowned in 11 flavour combos, including a Margherita. But we’d go back for the de’ fiori, a white base capped with melted and fresh mozzarella, parmesan, zucchini flowers and whole anchovies that come crashing through all that light, springtime freshness like a flavour wrecking ball.

Of course, you can give your meal some muscle with hanger steak; impossibly juicy skate wings with broccoli pine nuts and sultanas in butter; or individual lamb tomahawk chops – but generally the brief here is bright and breezy. That’s why you should leave the car keys at home and turn your full attention to the Spritz menu that includes the excellent Anglo-Italo crossover, the Bianco, made with dry white vermouth, gin, grapefruit juice and cucumber. And over on the Sbagliati menu they’re paying homage to a famous bartending error that replaced gin with sparkling wine in a Negroni, so you can choose your vermouth and they’ll add prosecco for a fizzy lift.

If you’re an old fan of Popolo you’ll be happy to see that the vibe isn’t super different. Well heeled couples who look like they summer in Europe are seated in the tables not allotted to families achieving a long lunch on Sunday by letting the little ones roar about in the square outside. Popolo was already a popular Eastern suburbs osteria with polite service and a modern design brief. And since Sydney asked for Italian food, Marta is answering their prayers in a distinctly Roman accent.

My husband took me to this amazing restaurant on one of our date nights six months ago, it has since become one of our favorites. Awsome food and awesome service but best of all it reminds me of our trip to Italy a few years back every tinge we are there. Love it!

Took my wife there when it first opened, have been back 3 times since. Great food and wine selection, I love a place where the owner stops by and they can recommend wines to go with your food. Great atmosphere that is that half way between casual and formal dining, perfect for me. .... P.S. Try the pan fried gnocchi with parmesan, is delish.

Outstanding. Our Italian waitress (Beatrice?) had thorough knowledge of the menu & winelist.  Place was lively & charming. Our new favourite restaurant in the eastern suburbs, definitely had me reminiscing of my last trip to Rome.  The cacio & pepe, the artichoke, etc. - finally here. D

We book our board directors dinners at Marta. We used to spread them around but now they only want to go to Marta. We love this place.

The food, the wine, the location, the service - it ticks every box for us.

We were very disappointed with this meal. The staff, and the food all let the evening down. The waiters did not know the menu at all, we had 4 different staff come over to our table advise the specials incorrectly. We then had the fish dish arrive which smelt off, and was obviously old fish they were trying to push out the door. The steak was also very tough and had to be chewed ferociously before it could be digested.. If you go - only order the pizzas, nothing else. We were looking forward to our date night very much - and were very let down by the entire experience.