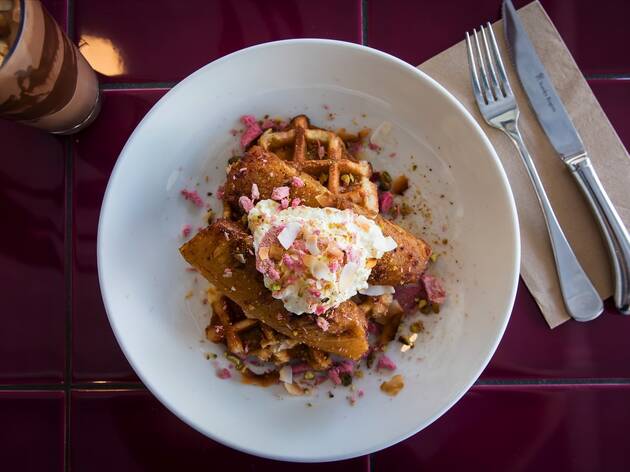 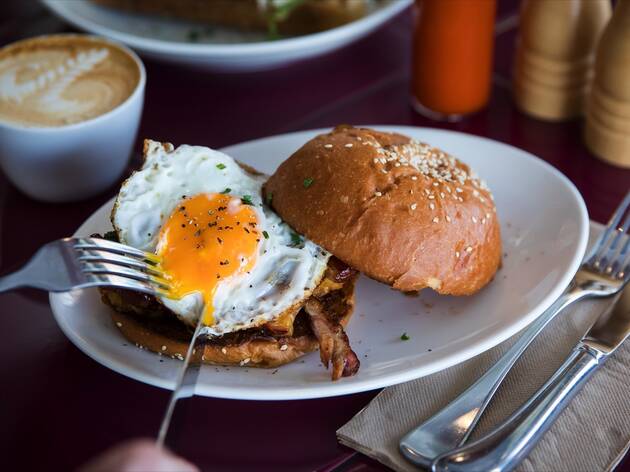 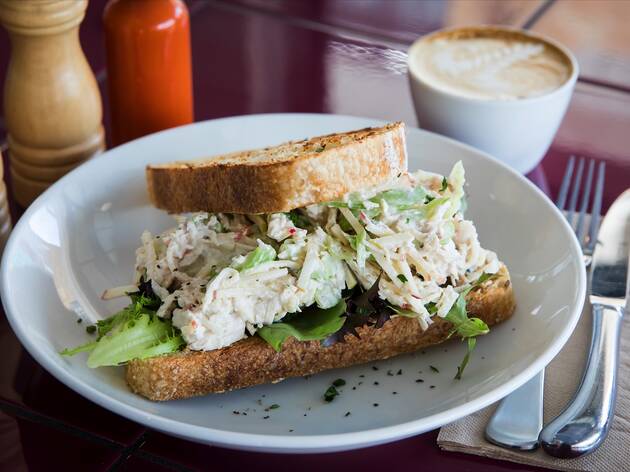 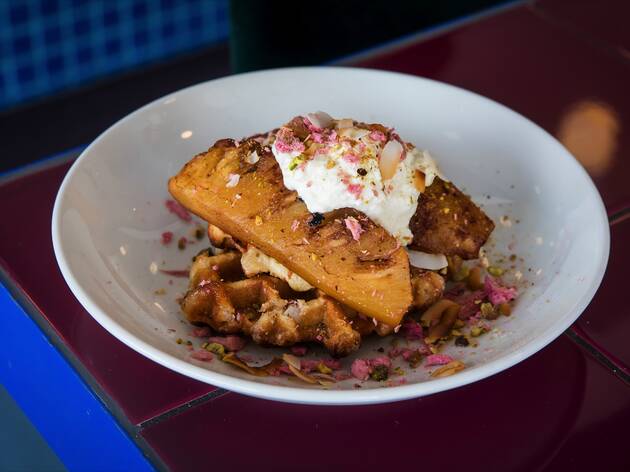 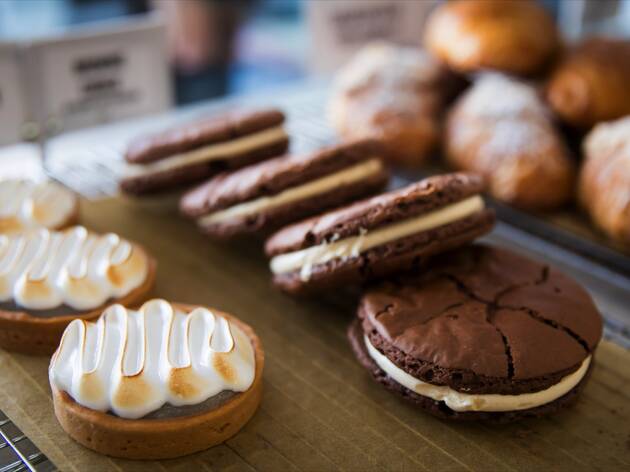 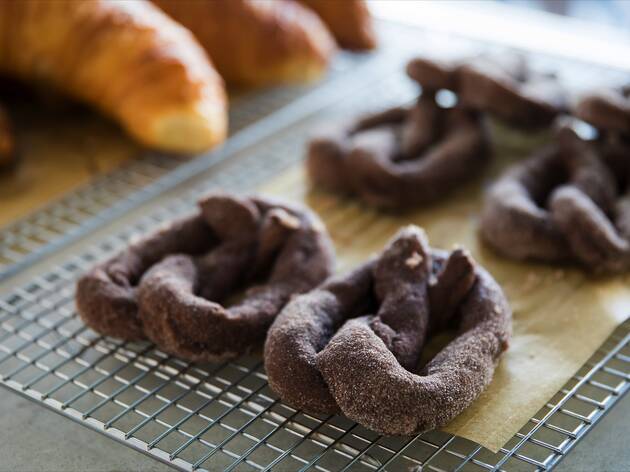 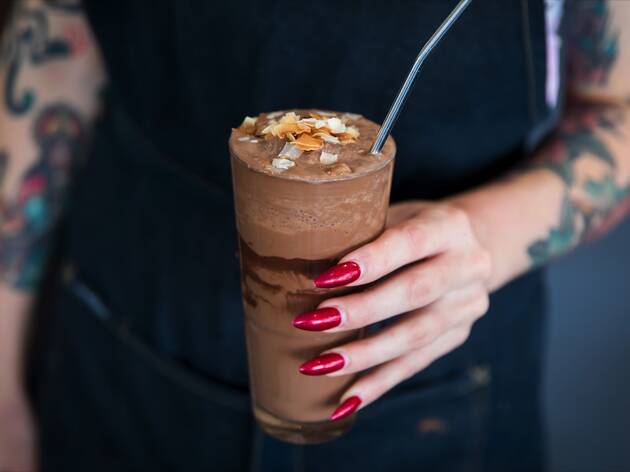 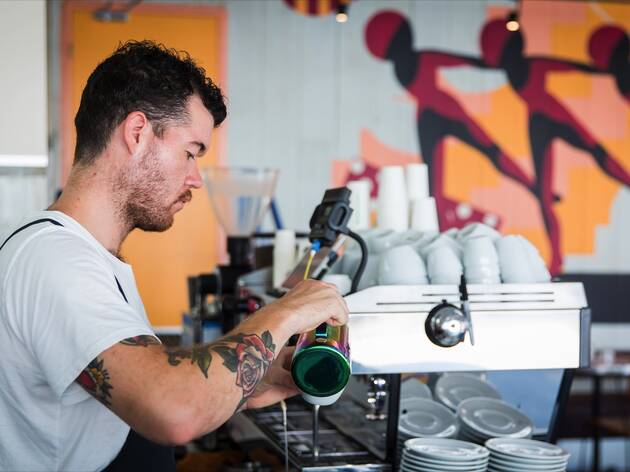 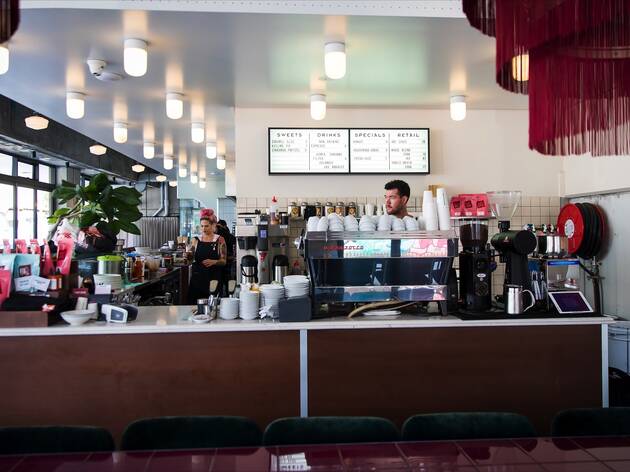 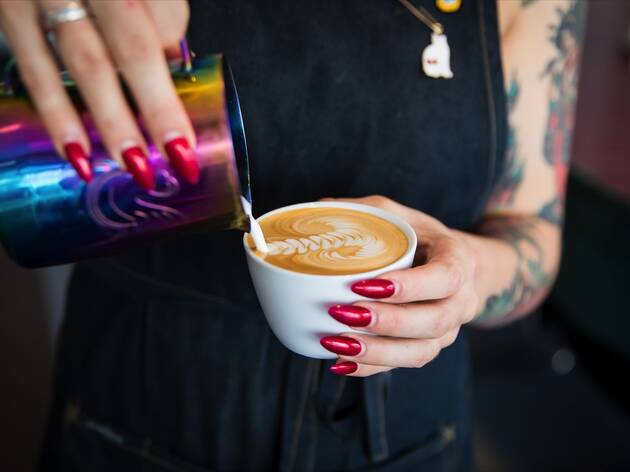 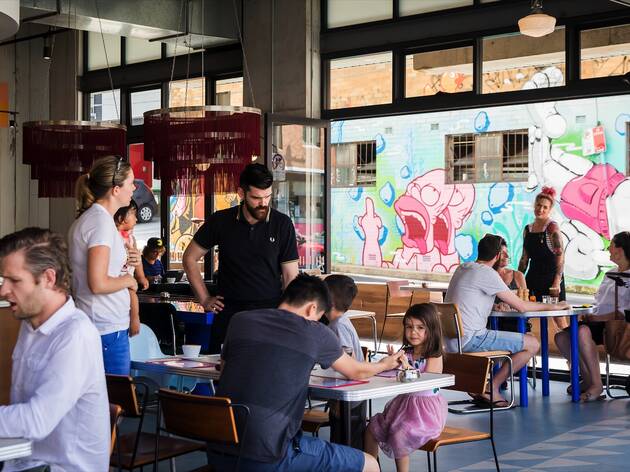 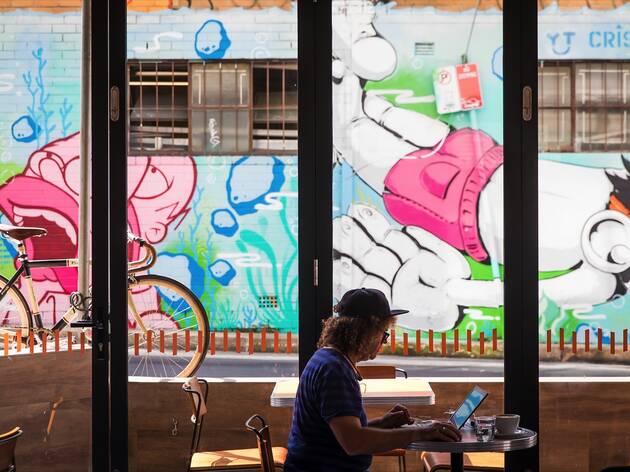 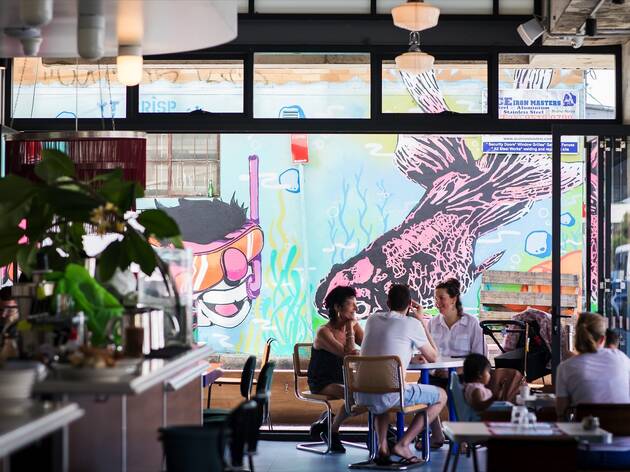 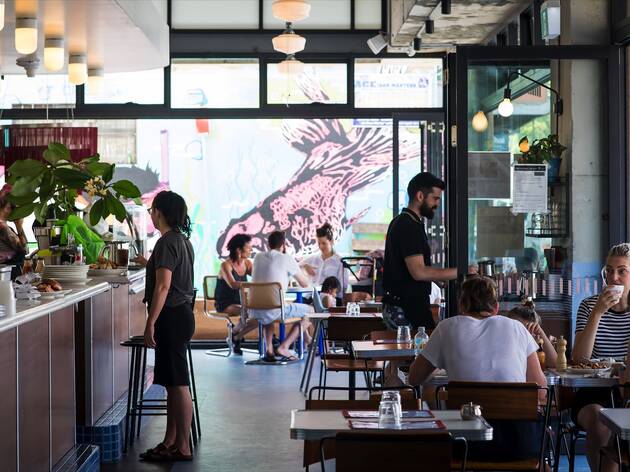 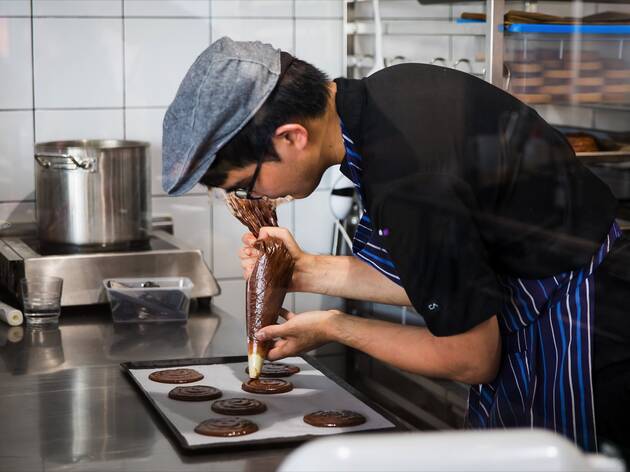 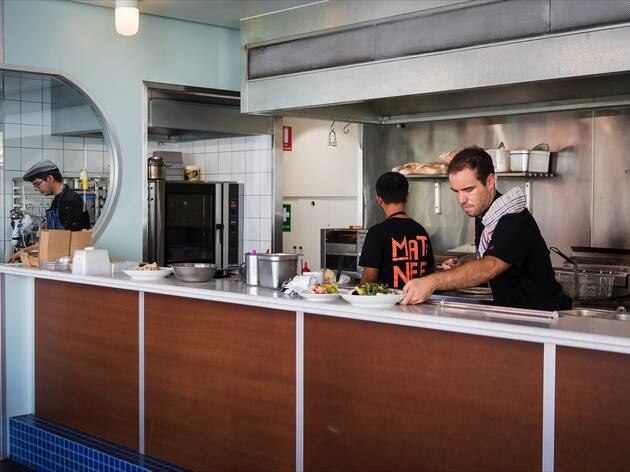 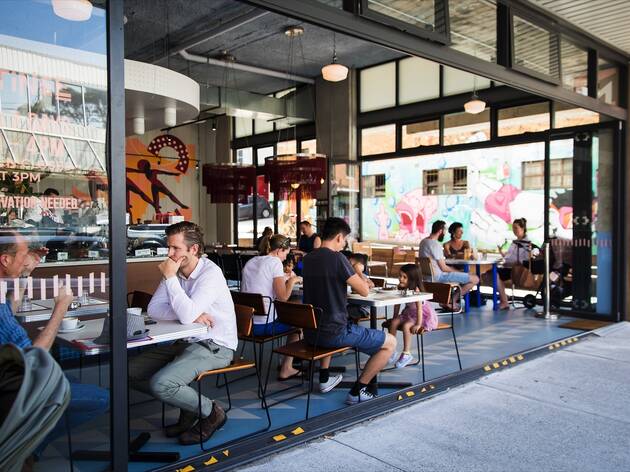 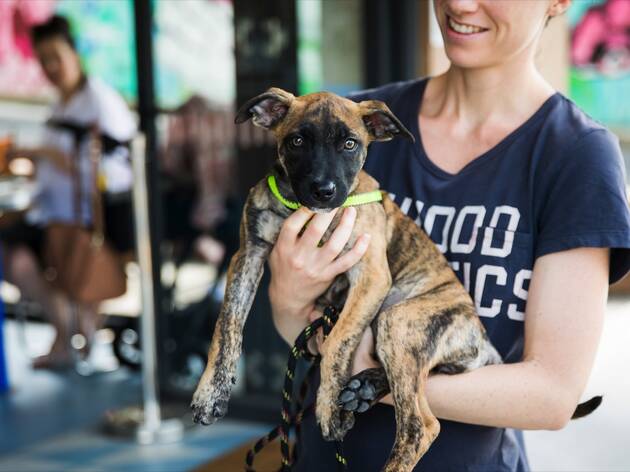 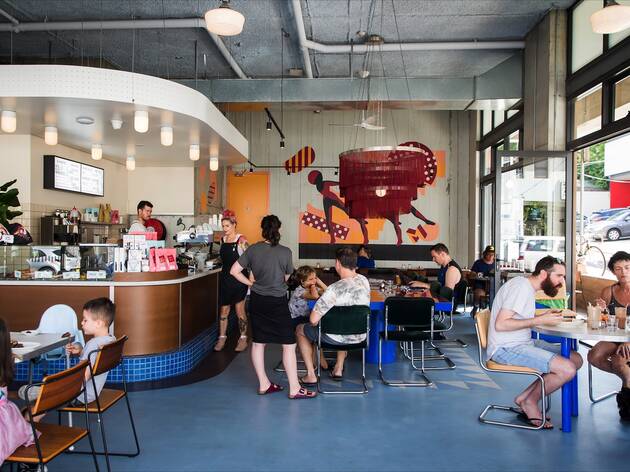 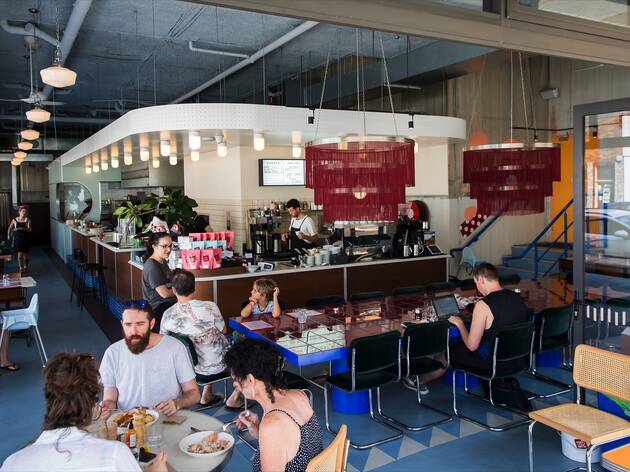 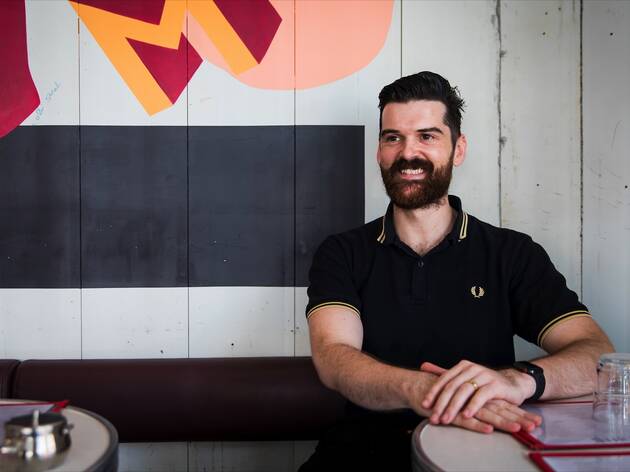 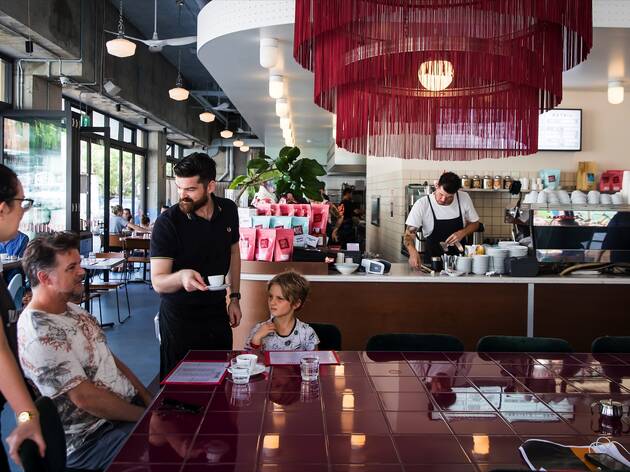 For the opening act at this theatrically inclined café on Addison Road in Marrickville, we have the man who dines with his chihuahua balanced on his shoulders like a pirate’s faithful friend. Perhaps it’s to stop the pup being squished underfoot, or perhaps he’s just leaning into the theme of Matinee, a modern concrete space under a new development given genuine personality and appeal with a dancing chorus mural, red fringed lampshades and the gently vintage stylings of a retro diner.

Attempt to procure breakfast here on a weekend and you may be met with queues, but a midweek repast is a stroll-in-and-kick-back affair, where you need to decide if you feel like lunch for breakfast or breakfast for lunch. The all-day menu hops blithely from pork cassoulet to Belgian waffles in the very next line item. Toast comes right before a buttermilk fried chicken burger, and there’s even a pasta and meatballs on there for those who want dinner for lunch.

Service is warm and helpful – a lost hashbrown from your breakfast burger materialises almost instantaneously upon request, and we respect the effort our vegetarian waiter puts into trying to give an honest rendition of the thick cut, bourbon-glazed bacon from their meat-eating days. That burger is designed to carpet-bomb your palate with a quadfecta of sweet, salty, fatty and savoury so that the sins of the night before are washed away by a dopamine wave released by a hash brown, bacon, fried egg and hollandaise sauce on a soft brioche bun.

There is the faintest hint of an American accent on the menu, in the sweet and refreshing chicken Waldorf sandwich on chewy, toasted sourdough, and the key lime pie. But that zingy tart in a firm biscuit shell is a very inclusive sweet treat – the meringue on top is a vegan-friendly aquafaba. In fact, vegan sugarfiends can go nuts in the pastry cabinet: cinnamon pretzels, caramel slices and a sticky date pudding are all made without animal products, and vegan alternatives are liberally scattered throughout the rest of the menu.

Of course, being vegan-friendly is almost a given in this neck of the woods, but at Matinee it’s just one of a series of carefully considered details, like compostable takeaway packaging and free range eggs, all of which show that this is a show perfectly tailored to its target Inner West audience, and they are clearly down for a repeat performance, queues be damned.