Restaurants, Chinese Haymarket
3 out of 5 stars 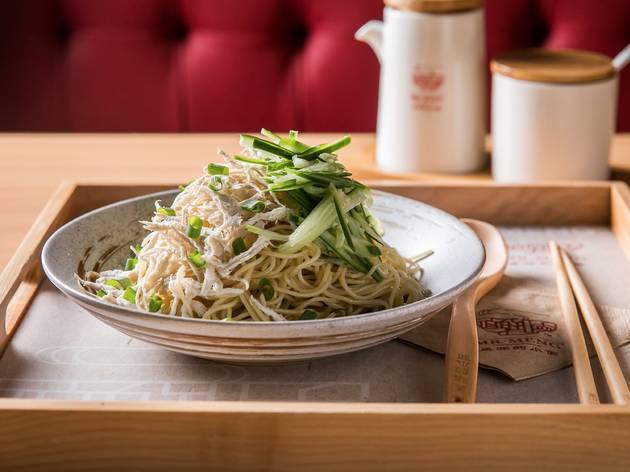 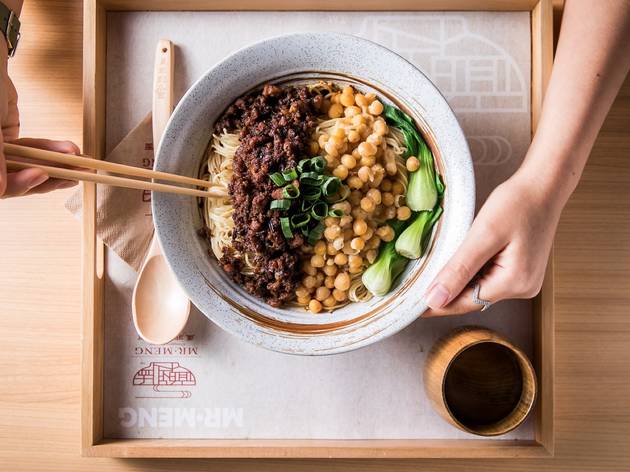 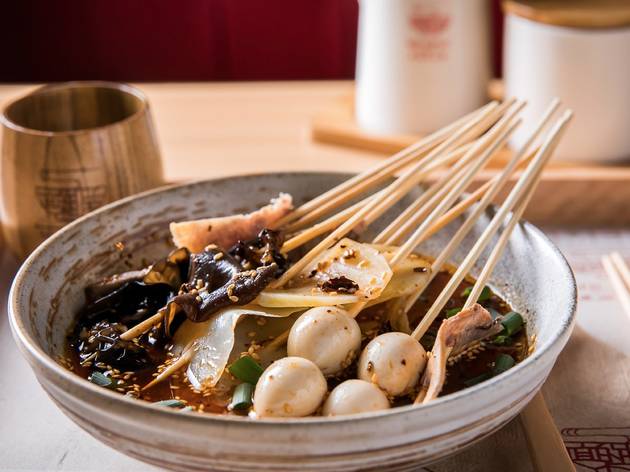 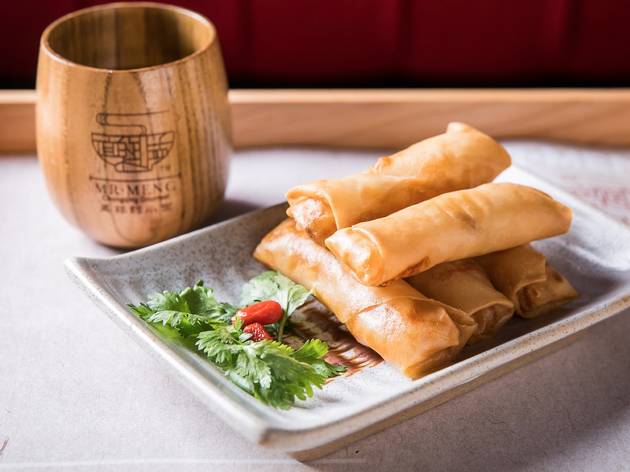 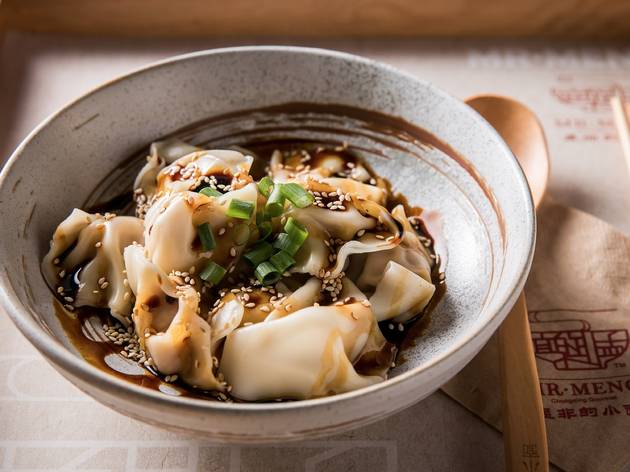 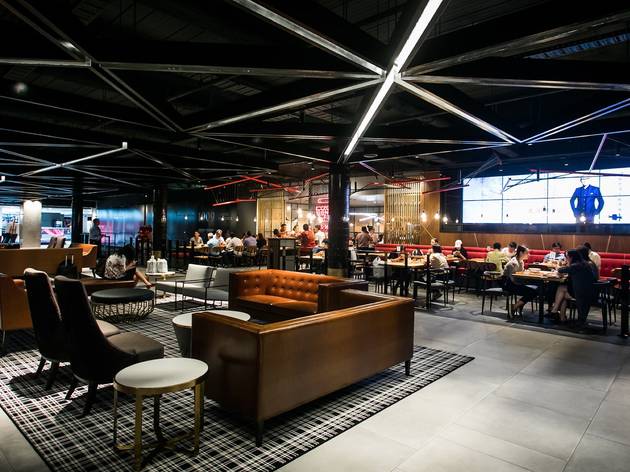 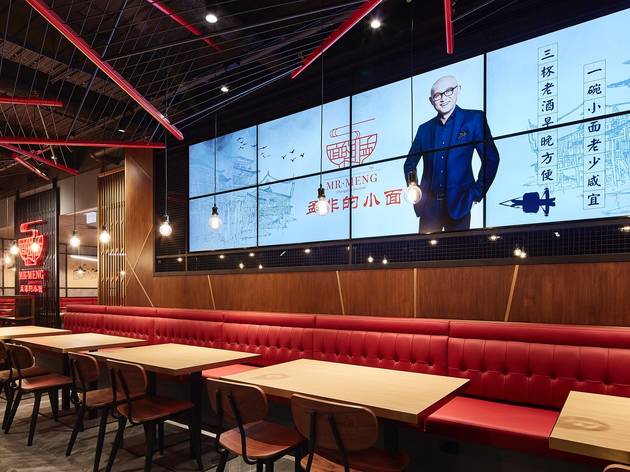 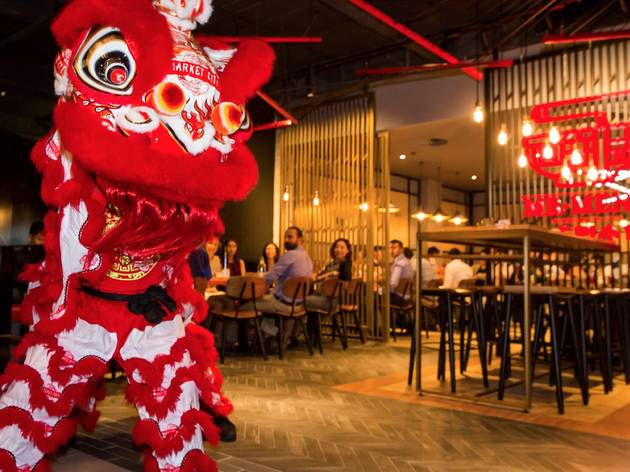 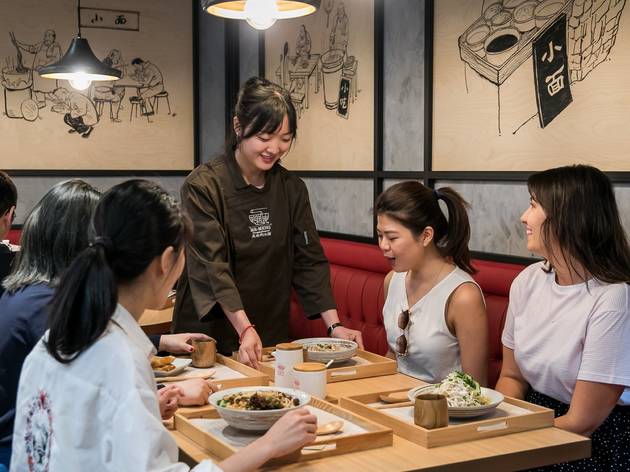 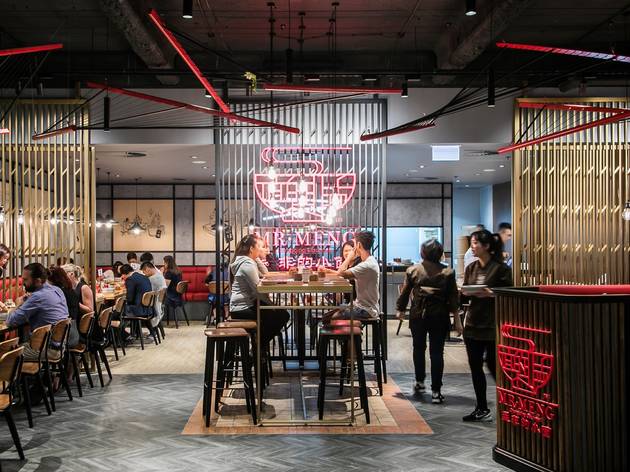 How does the spicy reality show host’s restaurant stack up?

What does fiery noodle soup and a reality dating show have in common? If you’re dining at Mr Meng’s, the common ground is host Meng Fei, from Chinese TV show If You Are The One. However, aside from a smiling snap of Mr Meng on the TV screen and menu, fans may be disappointed to know there’s very little else in connection the charismatic host – though what they’re making here is still as entertaining.

Mr Meng Chongqing Gourmet is situated in the 1909 Dining Precinct on the upper levels of Market City. It’s swankier than your average stark white food court: there’s leatherette couches and deep armchairs, white tiles and bare light globes. You’ll also find Kogi Korean BBQ and the Eight, with more restaurants due to open over the next six months. While it is more swish than an average shopping centre food court, you can still expect laminated menus and no table service.

The kitchen has seven chefs, each assembling bowls for service, while the shelves are lined with bottles of Chinkiang vinegar and soy sauce. Start off with a serve of fried pork – it’s a bit like popcorn chicken with fatty pink pork nubs, coated in a crunchy batter and seasoned with a faint hit of sichuan peppercorns. Dip the nubs into soy-vinegar to break up the deep fried flavour.

Though spicy, the rich hit of piquant pepper served in Mr Meng’s signature dish Chongqing noodles is what lingers. Firm, slippery noodles come wading in a rich deep red broth, with a few pieces of slow cooked beef. It leaves a slick of oil in your mouth and a lasting hum of sichuan spice. It’s an unctuous mouthful, and hot tip for this hot soup – don’t wear white: the red chilli and pepper oil isn’t forgiving. Once you get past the heat of the broth, it sings with a depth of flavour and meatiness. We wish there were a couple stalks of bright coriander or more pak choi to break up the oily intensity, but if you’re here for a warming, spicy mouthful then order this bowl – or break up noodle slurps with a can of Arctic Ocean Mandarin (it’s basically Chinese Fanta) or herbal tea.

Chinatown has no end of wonderful hidden food courts, great dumpling houses and noodle boltholes, and Mr Meng Chongqing Gourmet is a slick operation that adds a fun new dining experience to the mix. Have a beer at the Tavern or a laser tag session at Playtime, then hit up this hot pot spot after for some fiery Market City Shopping Centre fun.