They’ll tell you to go for the Peking duck. They’ll tell you it’s a juicy bird with crisp skin and sweet meat. And they’d be right. It is. This is just one of the many roast delights at Mr Wong – a two-level Canto-extravaganza offering everything from fancy dim sum to green beans stir-fried with pork mince and house-made XO sauce.

Get a crab. The big tanks hold sweet, fleshy mud crabs waiting for a dousing in the deep fryer with salt and pepper and to be served on a bed of salted chilli and green onion. Or go the Singaporean-style black pepper crab, cooked in butter and fragrant with a mountain of fresh black pepper. It’s a three napkin, two hot towels and a bowl of water job.

The flash fit-out is care of Michael McCann – he of Flying Fish and Victor Churchill fame – and he’s transformed the old Tank nightclub into a sort of Hong Kong speakeasy downstairs (complete with adjoining door to neighbouring hooch lounge Palmer and Co) while upstairs features a big, beautiful bar run by Doron Whaite (ex-Felix).

He makes a fine cocktail, but there’s a pomegranate and mint-spiked lemonade, as well as a house-made ginger beer if you’re still shaking from the night before. Have we mentioned the wine list? It’s put together with sommelier Franck Moreau’s usual elan, with a neat list of half bottles and plenty in the crisp and aromatic white wines. Oh yeah – and it’s got 100 rieslings on it. Count ’em - one hundred of the delicious suckers. ’Course, you could still go a Chivas and green tea if you wanted, or just drink Tsing Taos.

Walk past a wall of ducks to get to the bathrooms, hanging out with their de-feathered friends to become that deep golden barbecue (the accompanying pancakes taste a little of uncooked batter, though that doesn’t stop us going back for seconds and thirds). And speaking of barbecue, the crisp chicken (order a half or whole) with a squeeze of lemon and sprinkle of spiced salt is just about as good as it gets on a Saturday lunch. Back to those bathrooms, they’re decked out in wood and semi-translucent green glass and if you squint a little you can see bodies in the bathrooms. We’re perverts. So sue us.

Dim sum is only available during the day (who eats dim sum at night, anyway? That’s like walking up a broken escalator). And it’s well worth doing. Har gau – those cloud-like prawn dumplings caught in a translucent rice flour skin are so intricately handled that chef Koh gets twelve folds in every dumpling.

Scallop and prawn shu mai see dumpling skins hugging tightly packed prawns, wearing a high-hat of scallop and a shower of bright orange crab roe. Prawn toasts see little soft pillows of minced-up prawn on a toastlet, gussied up with foie gras and sprinkled with sesame. It’s worth noting that most dumpling serves come in threes, so either double up if you’re a bigger group (you’ll really want your own har gau, for instance), or be prepared to share your cooties.

Their steamed barbecue pork buns are light, fluffy and filled with molten pork shreds. The buns are beautifully split at the top – a sign of a superior bun (who knew we’d ever get to a place in life where we could write ‘superior bun’ with a straight face?). Pan-fried pork buns are doughy, cakey little hothouses, each filled with a pork puck inside, sporting a deep golden base and a sprinkle of chives on top.

Eating at Mr Wong is roughly double what you’d pay at, say, the Marigold. But what you’re getting for the extra money is the spectacular fit-out, outstanding service led by the tuxedo-clad Andrew Jones (ex Felix) in a tux and host Johnny Rockstar (ex-Lotus). You’re getting a wine list that’s about a thousand cuts above any other Chinese restaurant in Australia and, of course, some damned delicious food.

Get here on the earlier side – say, noon when they open the doors – for a guaranteed seat, or get a group of six together and book. Because Mr Wong is a success right off the bat and it won’t be long before the rest of Sydney knows it too. 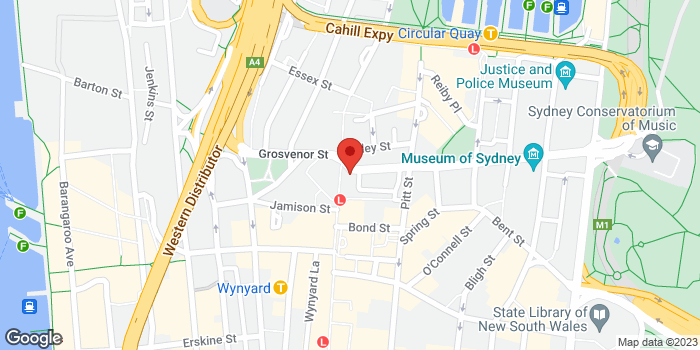