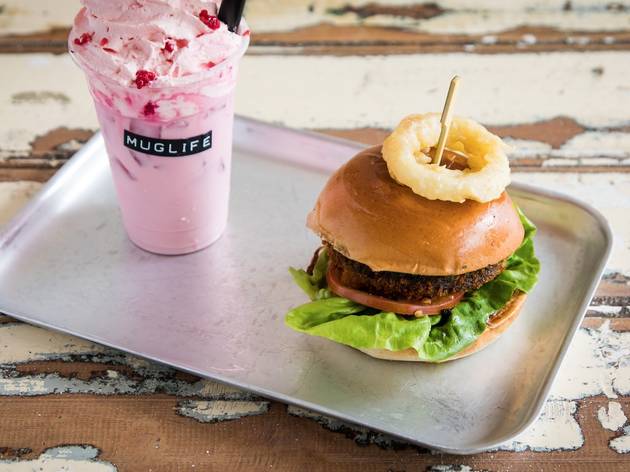 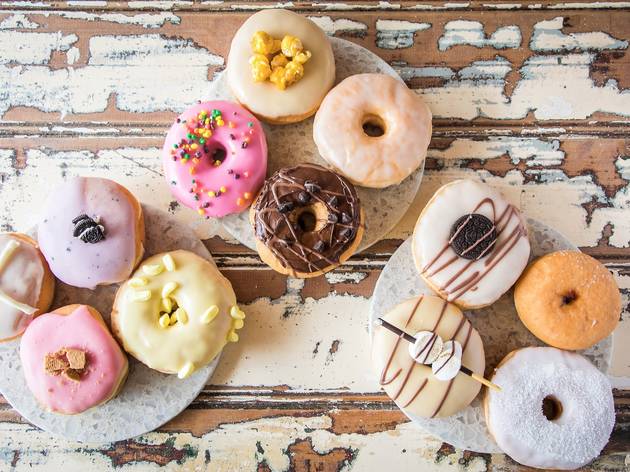 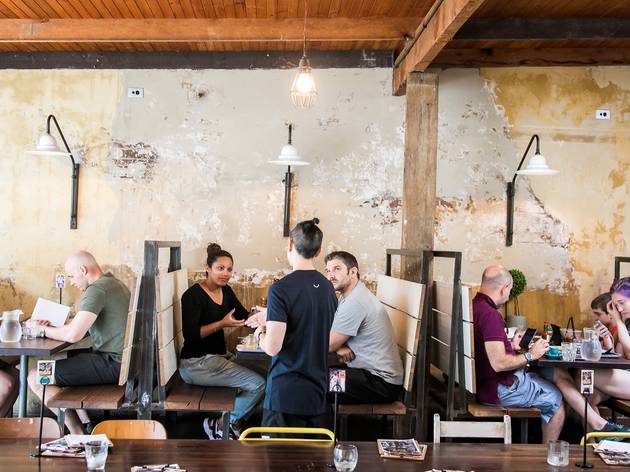 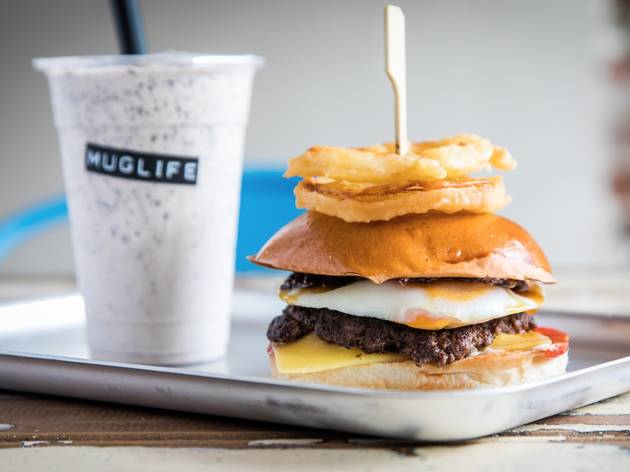 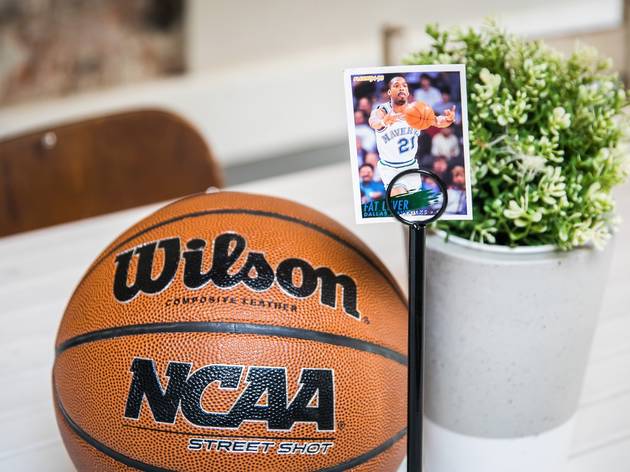 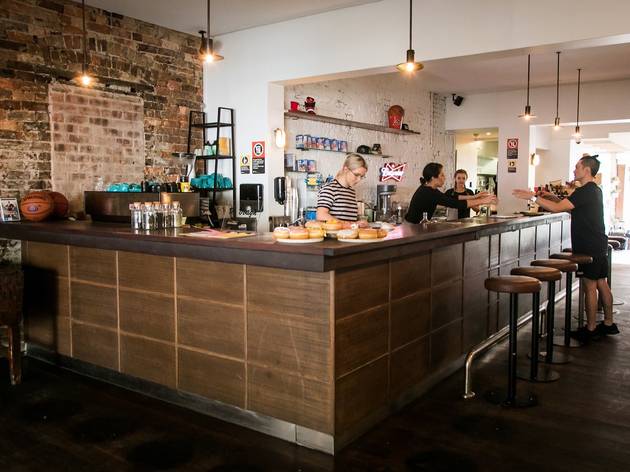 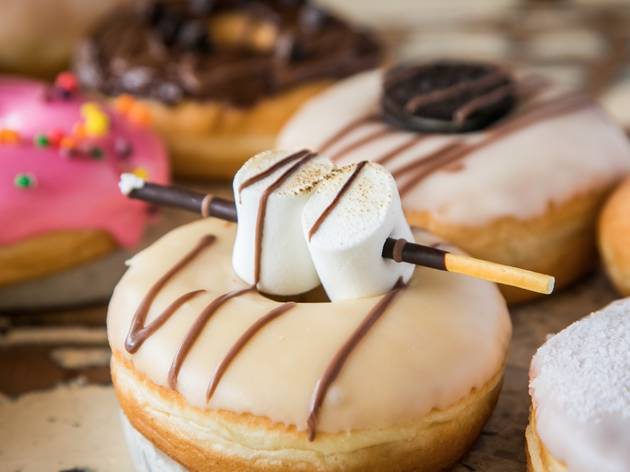 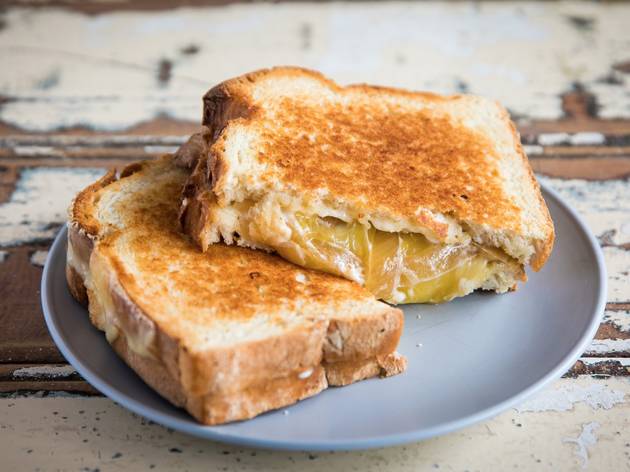 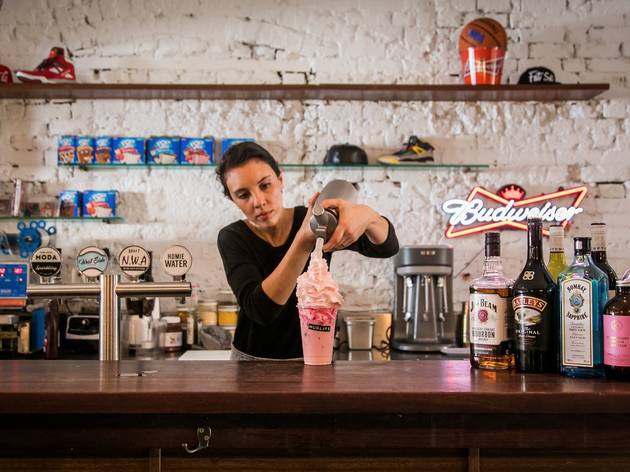 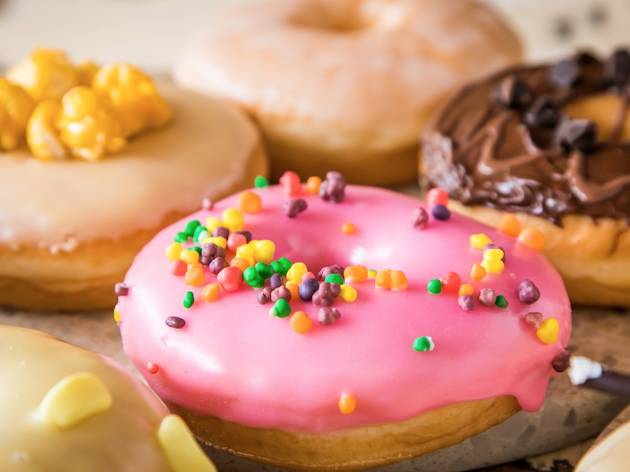 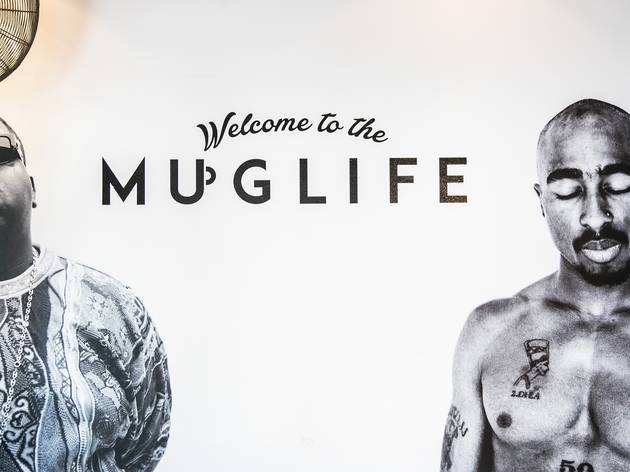 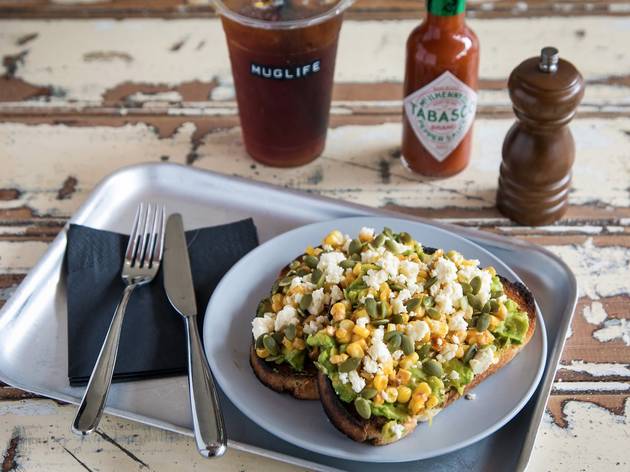 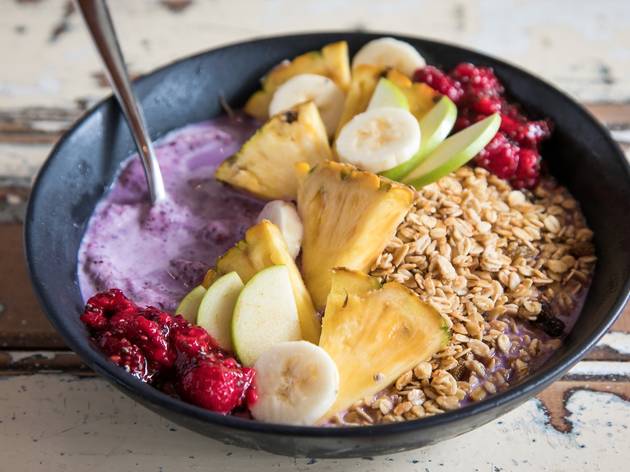 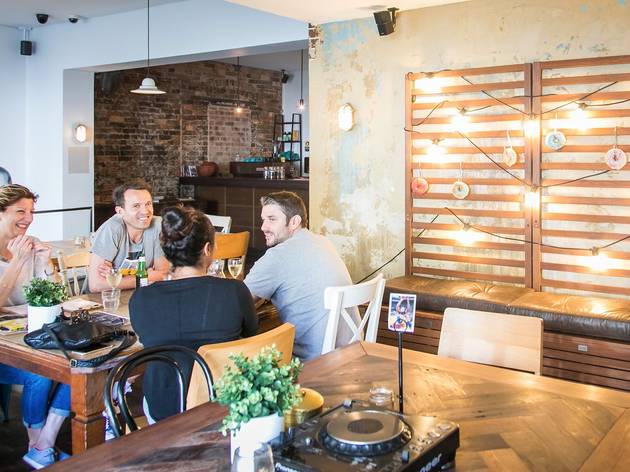 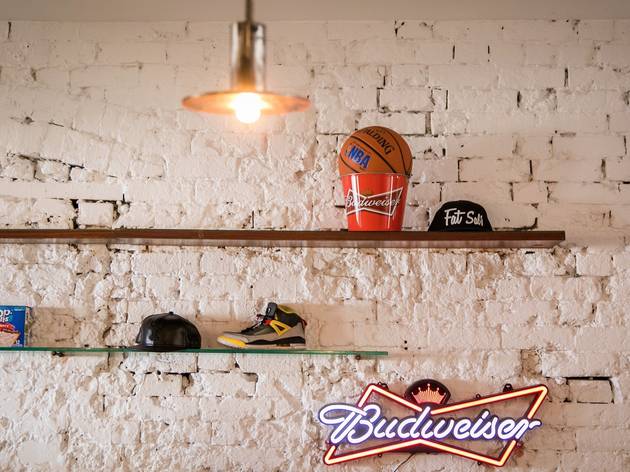 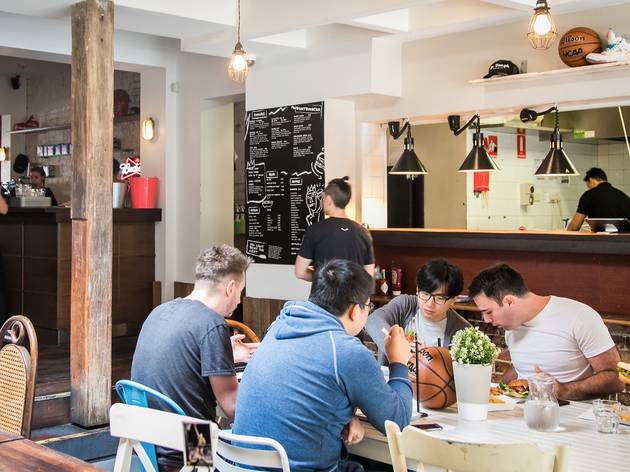 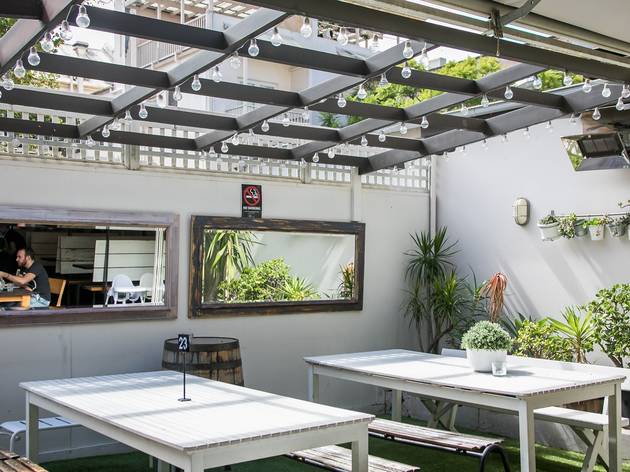 A 90s themed café that is all about the diet-busting burgers and shakes one minute, and a little casual kale the next

No eatery better encapsulates Sydney’s dining split personality than Mug Life. At one extreme, the Potts Point café serves diet-pulverising burgers and doughnut-flavoured shakes. At the other, there are make-your-own smoothie bowls and three kinds of avocado on toast. It’s the Swiss army knife of dining destinations.

Their three-in-one approach is made possible by their location – they’ve set up in the old Barrio Chino site, which accommodates the Potts Point spin-off of the original Pyrmont café on one level, an outpost of Melbourne’s On It Burgers on another, plus they’re a distribution point for Dr Dough Donuts.

As a result, the menu situation is understandably epic. There are two dedicated entirely to shakes: On It Burger’s 19-flavour selection, which includes toasted marshmallow and gingerbread, plus Dr Dough Donut’s lengthy line-up, which features Wu Tang Meringue, Choc Malt Cookie and Junior’s NY Cheesecake.

As you’d guess from the menu – or the Biggie and Tupac mural out front – almost every Mug Life element has been given a rap remix, from the ultra-smooth NWA (Nitro With Attitude) iced coffee to the pun-laced doughnut names (Marshmello Mathers, Pop It Like It’s Hot). Basketball is also a theme, with trading cards acting as table numbers, and sneakers, balls and even hoops on display.

Owners Kristy and Geoff Bannister grew up in Melbourne’s suburbs in the ‘90s so themes are a reworking of their adolescence, but Mug Life feels very Zeitgeisty too: there are #cleaneating stand-bys (get chia and whey protein in your smoothie, or a kale-headlining green juice) as well as the diet-be-damned eating designed for Instagram likes.

A panko-crusted Portobello mushroom burger with two cheeses smooshed inside the patty is topped with attention-seeking haloes of onion rings. And you can “pimp” your tea shake with fancy swirls of matcha cream or beetroot hibiscus cream. But we’ll skip the visual effects in favour of an unadorned peppermint matcha flavour or the apple watermelon rose: the sugar hit is like drinking Nerds.

Funnily enough the best item here isn’t photogenic. The three-cheese toastie is made with classic white bread and ‘glued’ together with melted layers of Gruyère, tasty and cheddar, sweetened by caramelised onions and riched up with truffle mayo. And since their all-day breakfast is available until 10pm it’s an anytime food.

To get the best out of this place skip the straitlaced ‘healthy’ options and give in to the guilty pleasures, like the ‘Tradesman Crack’ burger made with a smashed patty and bacon jam – it’s worth the call-out fee.