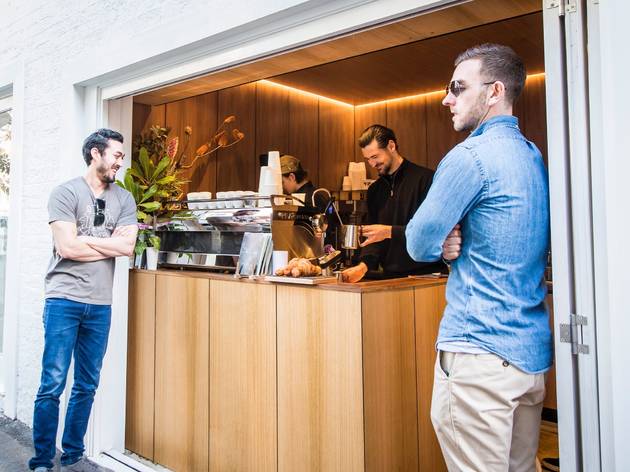 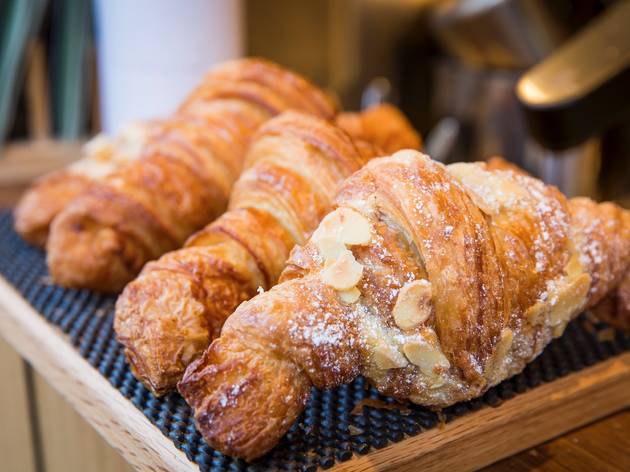 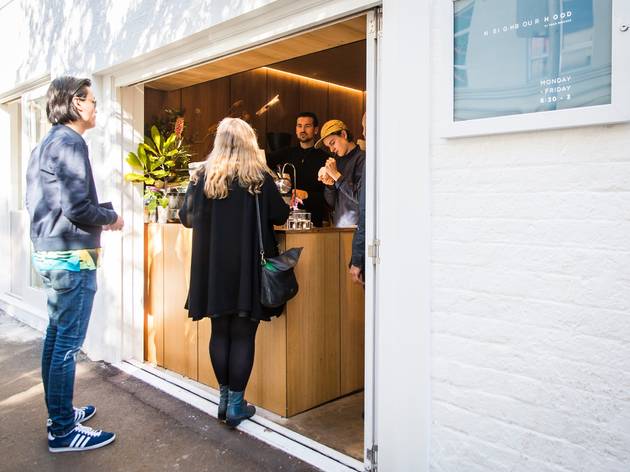 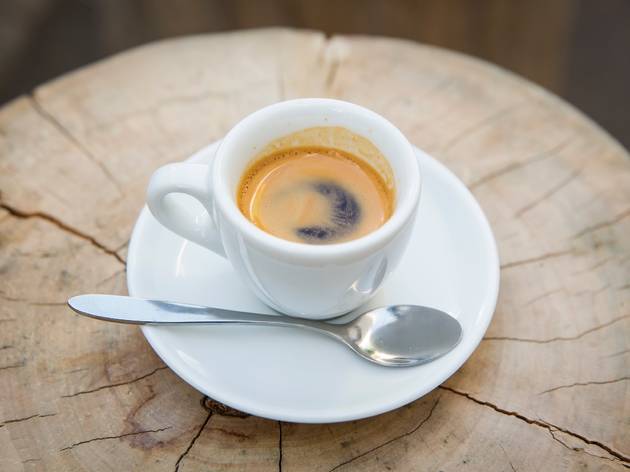 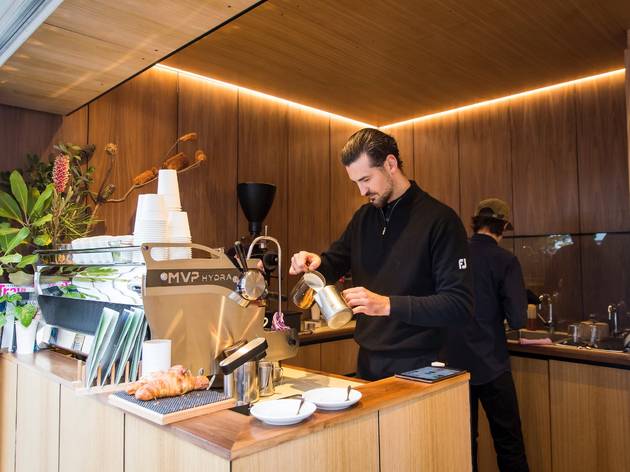 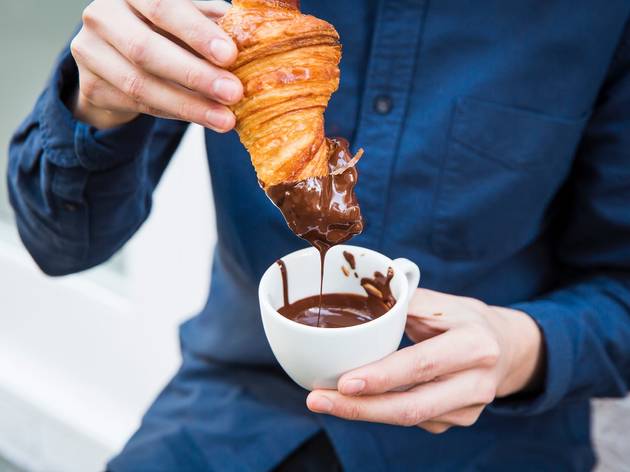 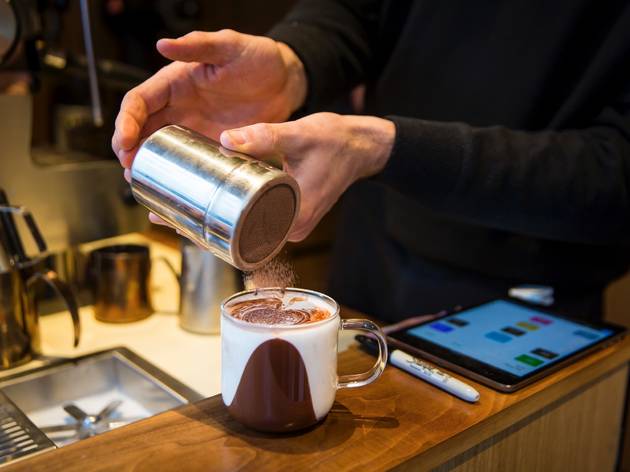 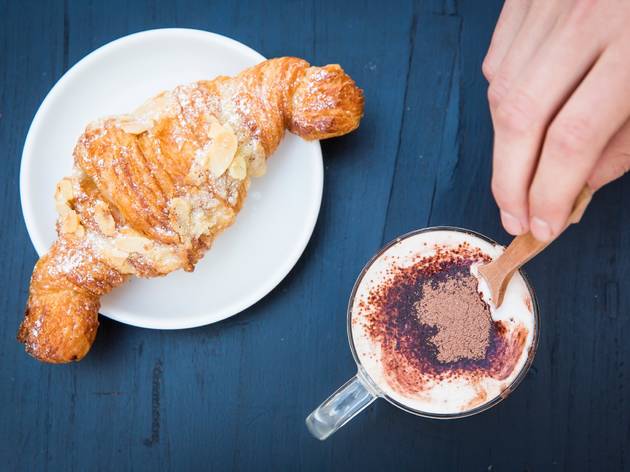 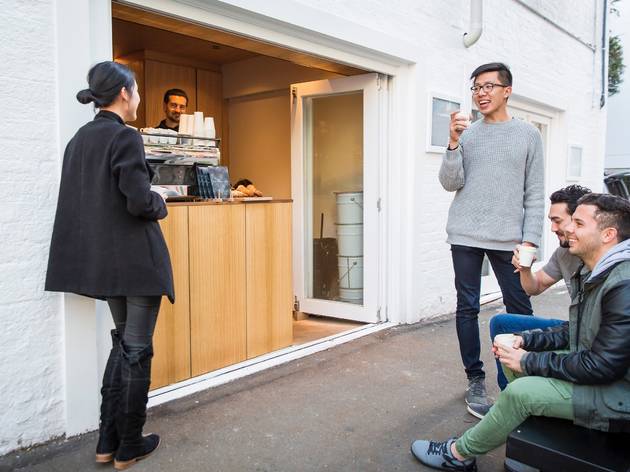 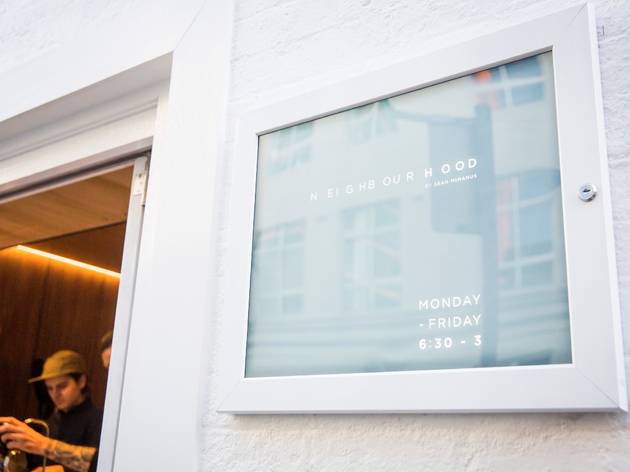 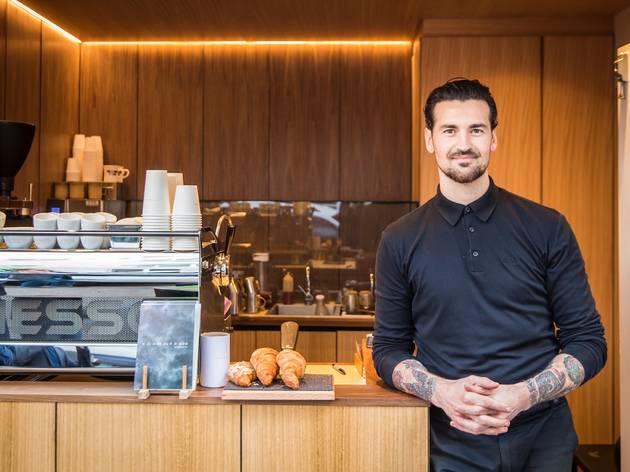 Amazing coffee and croissants dipped in your own pot of melted chocolate? That'll be Neighbourhood

Neighbourhood is the new café from barista-extraordinaire Sean McManus. As Single Origin Roaster’s former head barista and roaster/barista at Artificer in Surry Hills – not to mention winner of numerous coffee accolades, including being awarded 3rd in the 2014 Australian Aeropress Championship and 2nd in the NSW Brewers Cup 2014/2015 – what this man doesn’t know about coffee, isn’t worth knowing.

It's a teeny-tiny space - just a hole in the wall with a few benches outside. But what it lacks in size it makes up for in attention to detail, because as you'd expect, the coffee here is the real freaking deal.

The flat white hits you with a puff (foam?) of smoke – but not the bitter, burnt kind. Here it's a clean, sweet sort of smoke. It's made by a super-young barista who – somehow – seems to know his shit already, because he makes it with such care and love it's like he's already dedicated his whole life to coffee. It's smooth and silky, with a fruity, red-wine-like finish, and is surely the best coffee this side of Elizabeth Street. The espresso is super-clean, chocolatey and so blissfully citrussy and sour it's almost like eating a lemon drop. Now that's how to wake up in the morning.

If they are on the counter, do not leave without trying one of their kickass croissants. They're made by Leichhardt company Penny Fours and jeez can these guys laminate a pastry: the outer edges are crisp and buttery, while the inside remains fluffy, chewy and sweet. Make like the French and dip it straight into your flat white while pondering the ever-confusing question of why French women remain skinny with food this delicious on their doorstep (don't feel bad, the coffee there is balls). Or, if you want to go all out, for an extra buck they'll give you a ladleful of rich, dark, melted chocolate to dip your croissant into. And yes, it's amazingly delicious, and so decadent it feels like it should be eaten in private.

The vegan hot chocolate is made with house-made, vanilla-spiked oat milk, which is frothed and poured over melted chocolate in front of you. As a vegan product it's great – creamy and sweet. But it also has those floury remnants that come from grain-milks, for regular milk drinkers, it may be an acquired taste. If you're happy with milk of the cow, you'll be pleased to know they source it direct from John Fairley, a dairy farmer in Picton.

Neighbourhood is a coffee-centric project, but we like its style. Plus they even give you a glass of water on the side of your brew, which makes us feel all European (and serves the practical purpose of rehydrating you after drinking a diuretic). It's just a lovely place to get a coffee, Surry Hills is better for it, and did we mention the LADLEFUL OF MELTED CHOCOLATE?!