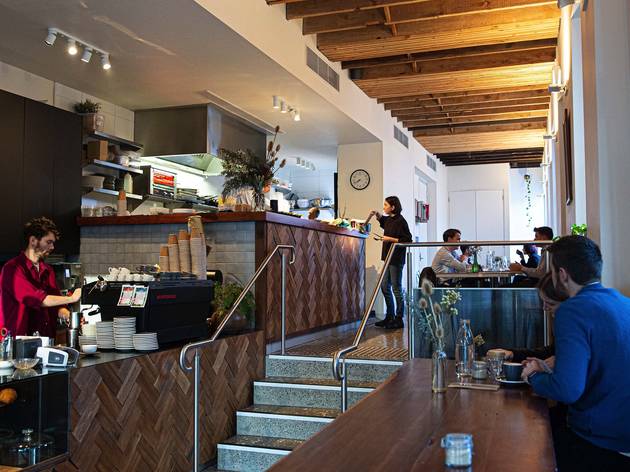 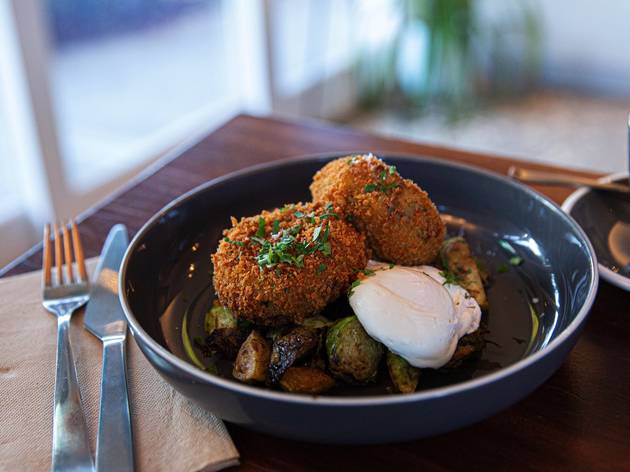 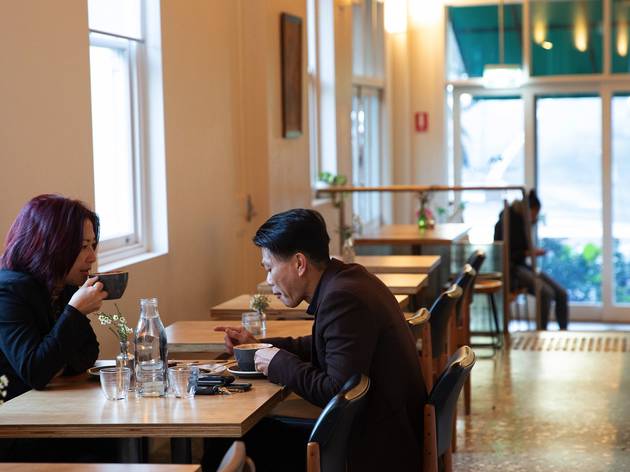 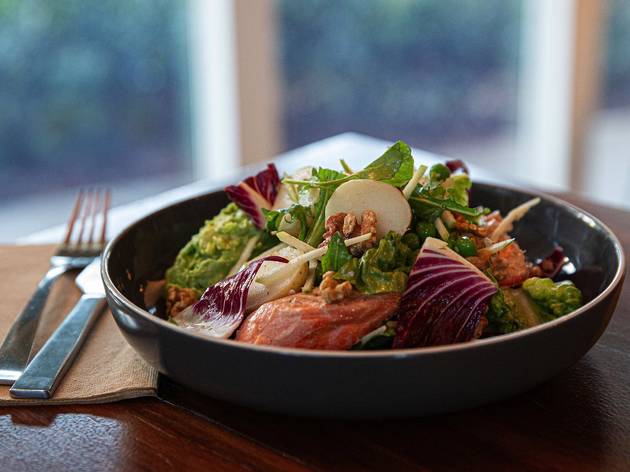 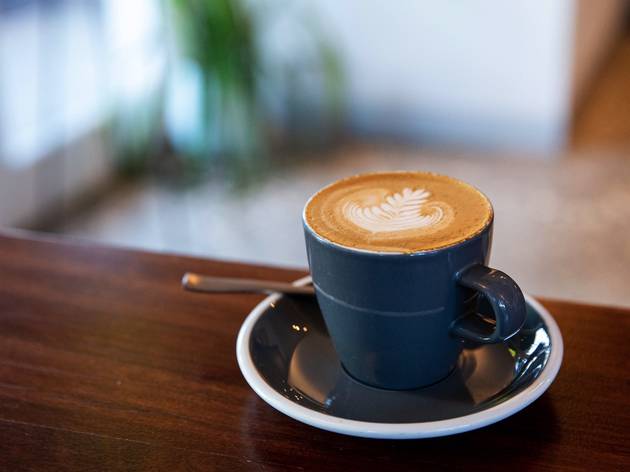 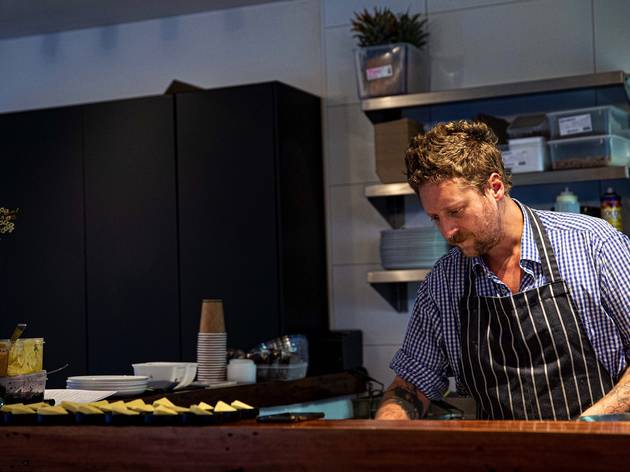 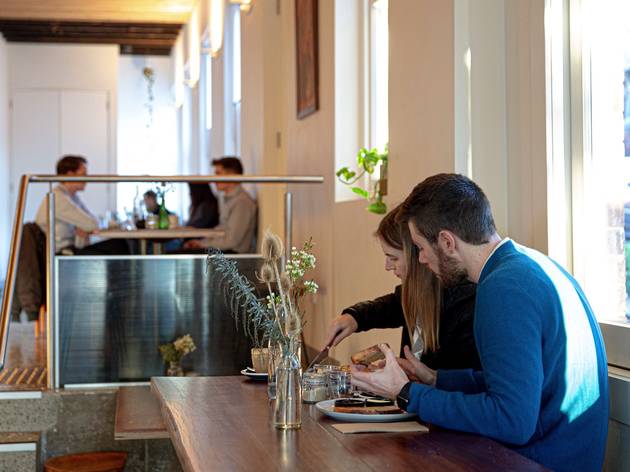 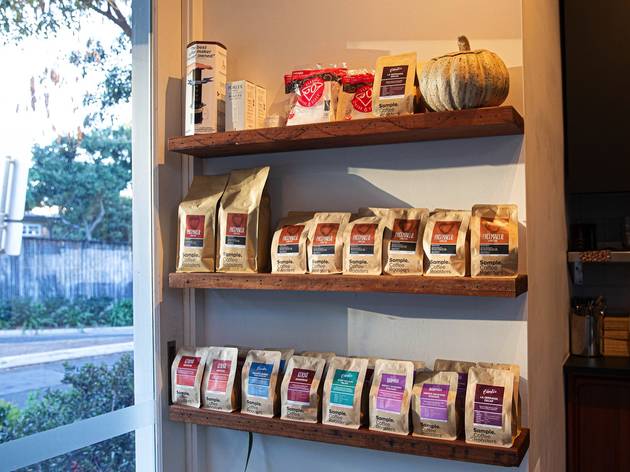 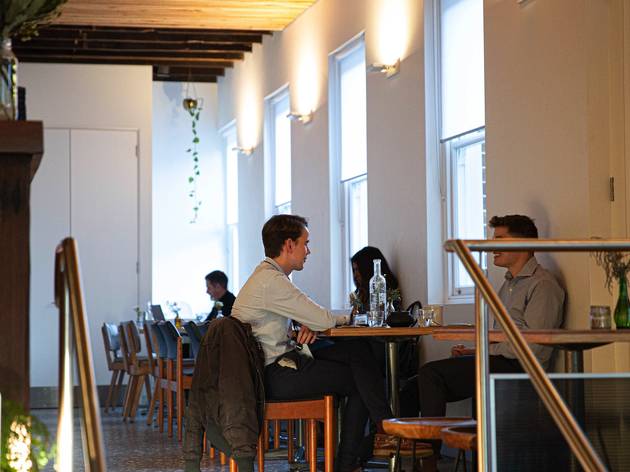 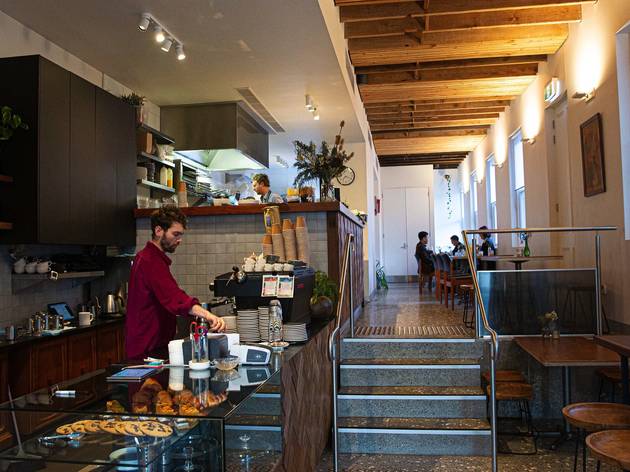 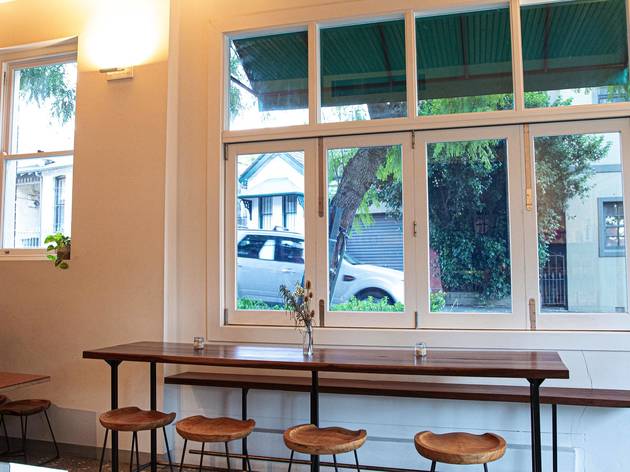 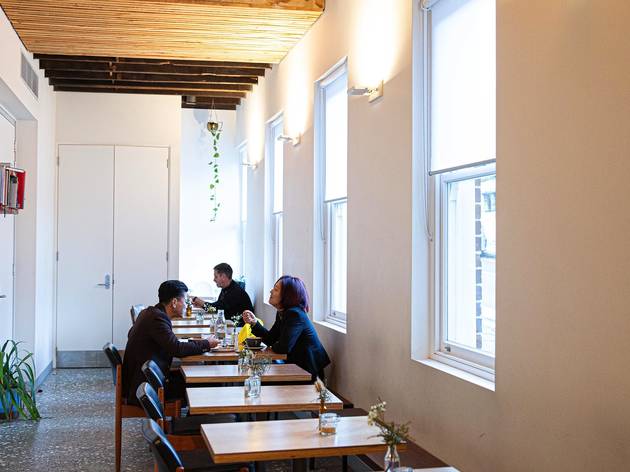 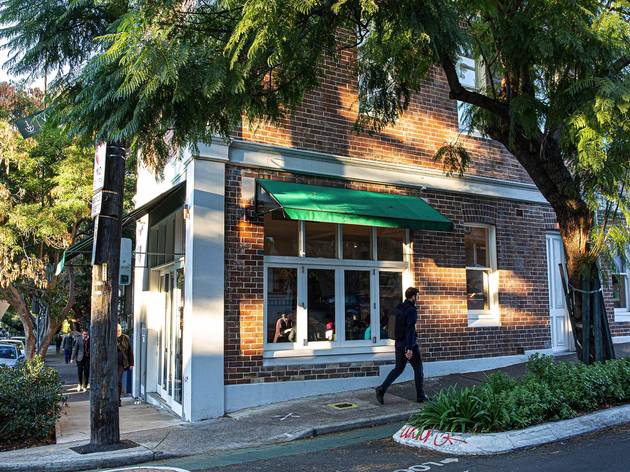 There’s a collection of cookbooks on a shelf at the back of this unassuming corner café with some pretty big names – David Chang, Bill Granger, Fergus Henderson and the Larousse Gastronomique among them. It makes a nice decorative statement in the narrow, mostly unadorned room, but it also clues you in to the fact that the crew in the compact open kitchen here has done some homework.

There are only ten items on the all-day breakfast menu, all for less than 20 bucks. The basics are squarely covered, but with added bits of personality. Pickled ginger, mint and coriander adorn the avo toast, for instance, with matchsticks of Granny Smith apple along for the ride. The fruit part of the fruit-on-toast equation turns out to be braised apples. They’re diced into neat little cubes – handsomely browned, still warm, fork-tender – and, together with a sandy walnut crumble, put an elegant spin on this sweet breakfast classic. The almost spicy tang of blue cheese adds some serious zing to the butter-smooth ricotta on the slices of Dust sourdough below, and the rosemary leaves on top are a fragrant finishing touch.

It’s worth opting for something a little more tricked-up here because there’s detail and nuance in this food. A triumphant dish starring flowering cauliflower presents a riot of flavours and textures: crunchy stalks, soft florets, unctuous egg yolk, chickpea pangritata, truffled pecorino cheese, a swipe of judiciously seasoned white bean purée and potatoes fried to impressively delicate crispness. It wouldn’t be out of place next to a glass of something natural at a noteworthy wine bar, and neither would the picnic-chic salad of hot-smoked ocean trout that appears once the five lunch options kick in at 11am. Don’t get too attached your new favourite brunch dish, though – the menu changes almost fortnightly.

Much like the cooking, the place itself has a laidback polish that never feels overworked. Sunlight streams in through a series of windows, highlighting features like the communal table’s lovingly sanded recycled timber top, vases of natives and spotted gum parquetry that lines the kitchen pass and front counter. There’s a confidence that comes across in the entire operation that gives you the sense that owners Mitchell Antman and Louis Spangaro know what they’re doing, but they’re not eager to rub it in your face.

Coffee is roasted by Sample, and the bean quality shines just as brightly in an oat-milk piccolo as it does in a long black. Tea Craft supplies the leaves, and the kitchen team bakes every tempting pastry in the display case up front (minus the croissants, which are from Dust).

In a city full of cafés that sacrifice substance for style, all too ready for their Instagram close-up, One Another is the real thing: that elusive, earnest, #nofilter neighbourhood spot that just nails it.