Restaurants Enmore
3 out of 5 stars 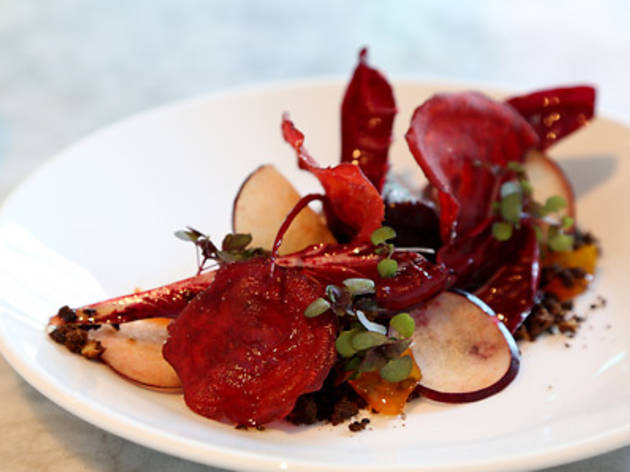 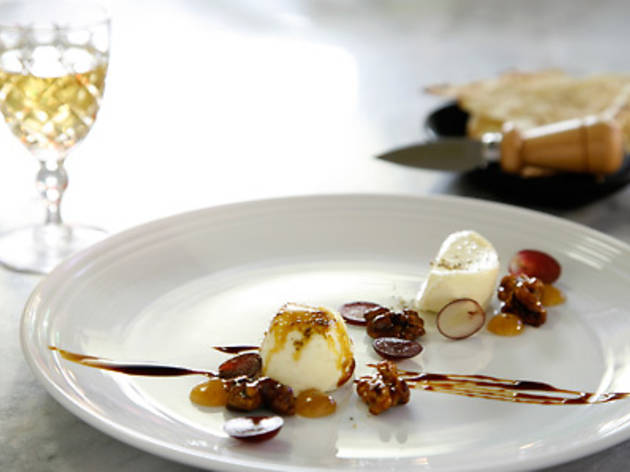 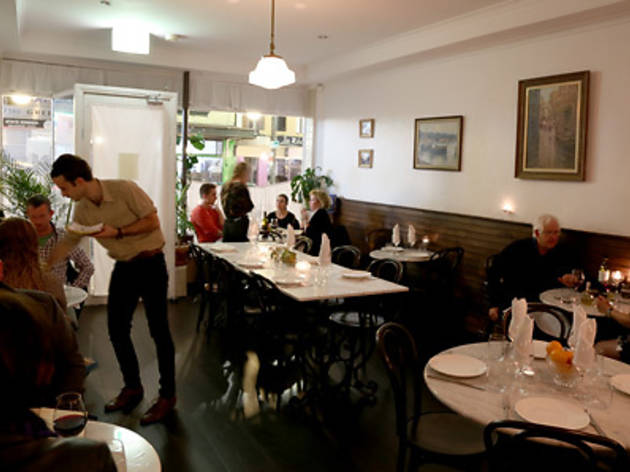 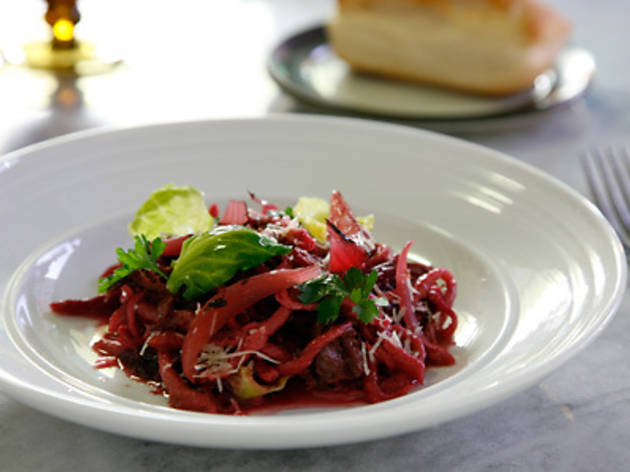 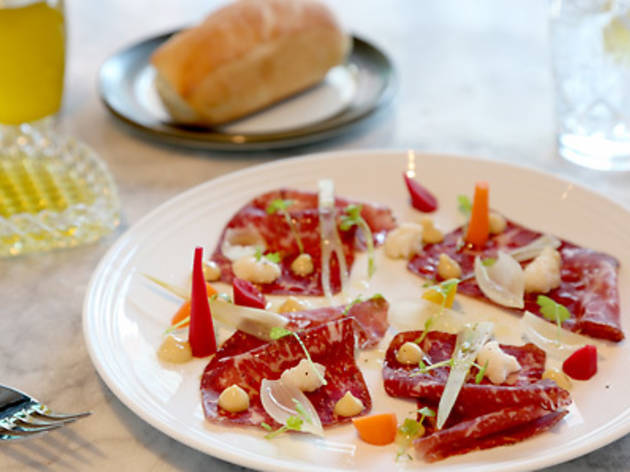 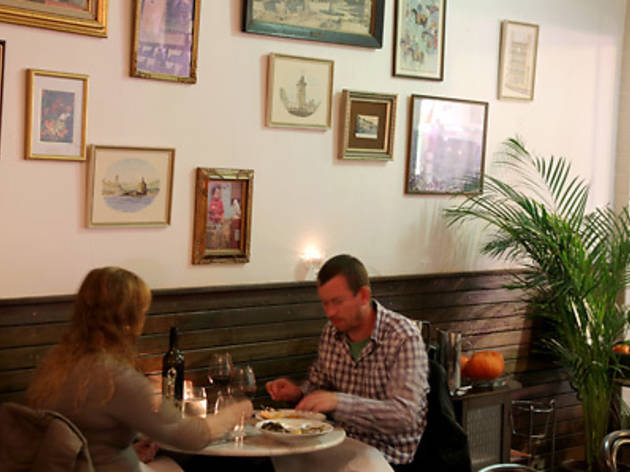 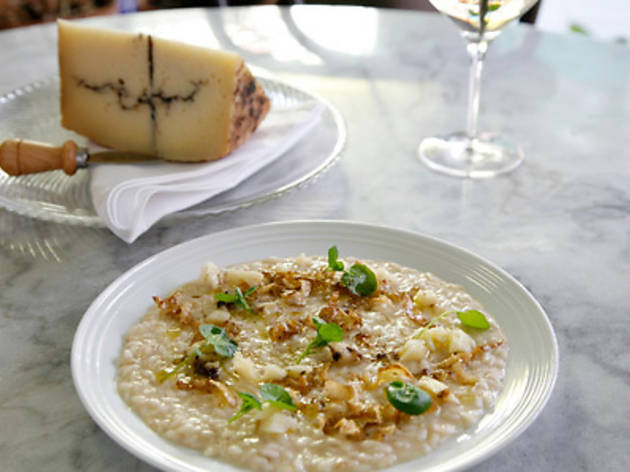 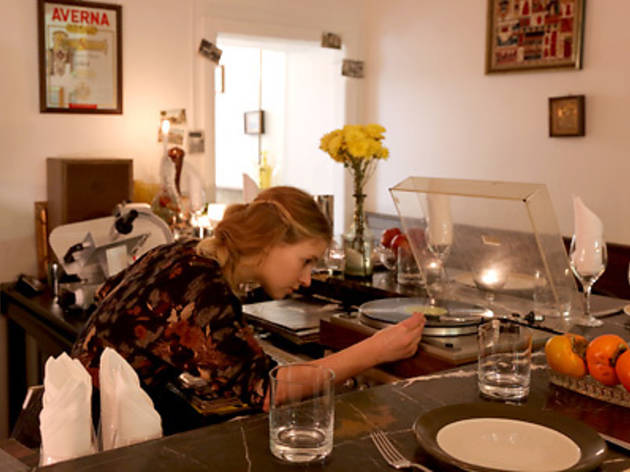 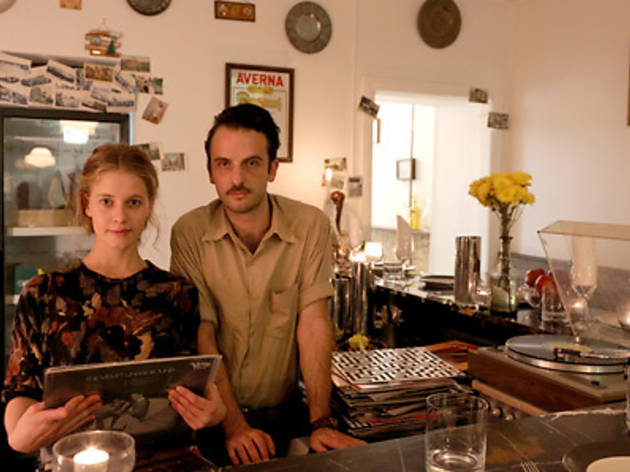 Enmore Road, street of wonders. If it wasn’t enough to have the Midnight Special, Hartsyard, Bar Racuda, Faheem’s Fast Food and the Enmore all within shuffling distance of each other, Russo and Russo have joined the fray, offering the street Italian flavours with Indie sensibilities.
The little lace curtains in the front window at Russo and Russo don’t give much away. They might even suggest a few things this place isn’t. But here’s what it is: the best Italian-inspired food the neighbourhood has to offer, where the music’s on vinyl and the crowd is loud and local. It’s a good time.
By the time you read this, Russo and Russo should have their license – the plan is to serve sensibly priced carafes of wine from chef Jason Saxby’s native Bathurst. They’re also going to keep the corkage price at a low $5 – so you’ll still be able to bring along your magnums and jeroboams. "If someone brings in something delicious I'm not going to stand in their way," says co-owner Marc Russo.
Service can be a little scatty (they’re still very new) but it’s friendly, enthusiastic and they’re keen for you to have fun. The menus are all found in old books. One’s in a handbook for structural timber design. Another’s caught in series of short stories. There’s even one in an old handwritten sex diary.
The idea is to choose around four or more sharing dishes for two ranging in weight from the left-hand side of the menu to the heavier right-hand side. Having now eaten the menu cover to cover, it’s the first chapter where you’ll find lightness, punch and pep.
You might start with the insalata bietola – chunks of salt-baked beetroot spiked with a mix of beetroot and rye crisps, dressed with balsamic vinegar and the twang of cumquat. There’s also a really nicely conceived dish of soft, silky bresaola, pickled veg and a lightly whipped sauce of anchovy, garlic and olive oil. Simple, balanced, restraint-on-a-plate that still packs a flavour wallop.
A shallow dish of beautifully al dente Jerusalem artichoke risotto is another strong argument for the rice dish in restaurants, but it’s the tiny ribbon-lets of hand-rolled beetroot pasta with hare ragu (rich!), carrot leaves, beetroot crisps and Brussels sprout leaves that really highlight what this guy can do.
It’s just a pity the heavier courses lose momentum. We’re not all that convinced by the rotolo of guinea fowl and chestnuts, and his zuppa di pesce verges on chalky. We’re not sure if the very rare chunk of swordfish is meant to finish cooking in Saxby's take on an Italian fish soup, but it doesn’t. It’s just kind of unwieldy.
But then the plated cheese course with toasted flat bread is a winner, as is the ‘rocher’: crisp, meringue-y hazelnut and choc biscuits and choc mouse are joined by little milk custards and a scoop of milk gelato – it’s a delicious group of textures.
There’s some real cooking going on here. But strong dishes are let down by what seems like the need to occasionally do too much on the plate. Just a little more restraint would take Russo and Russo from good to great.
We’ll be back.