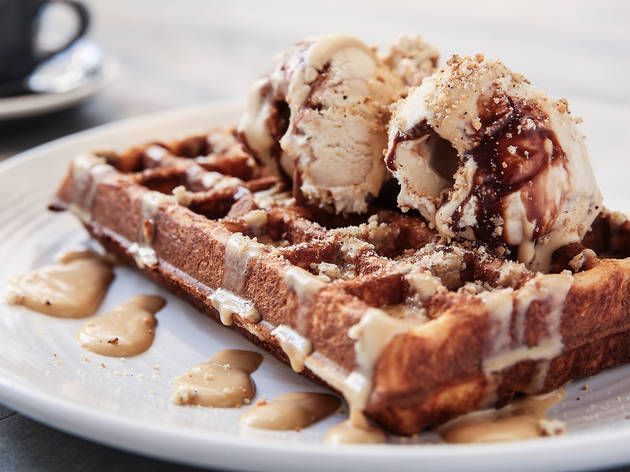 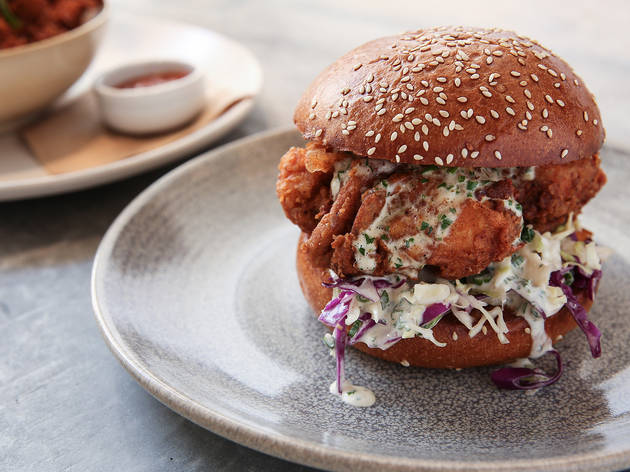 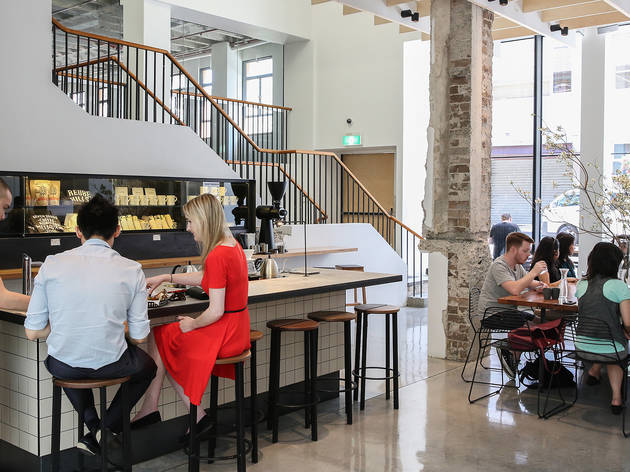 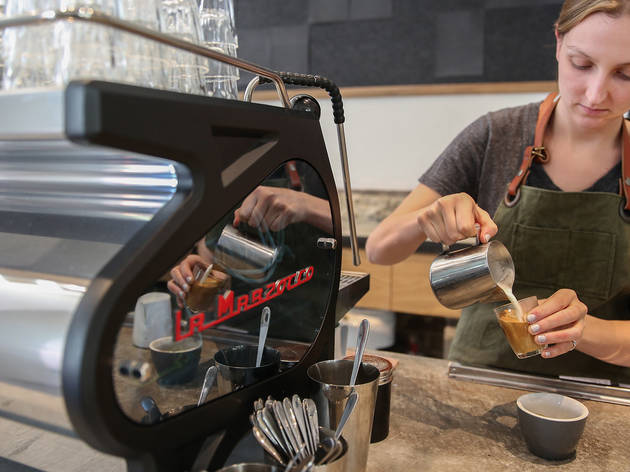 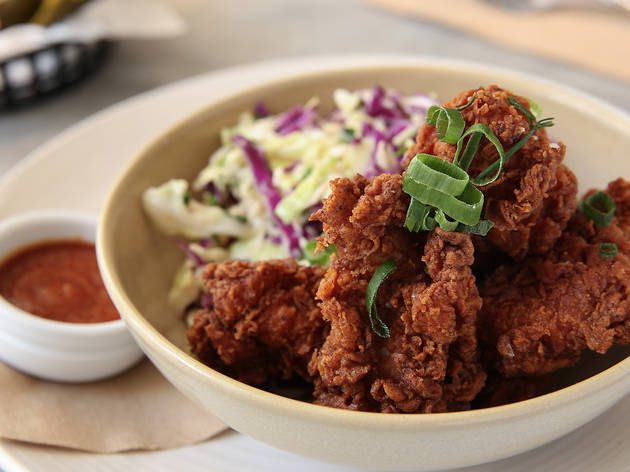 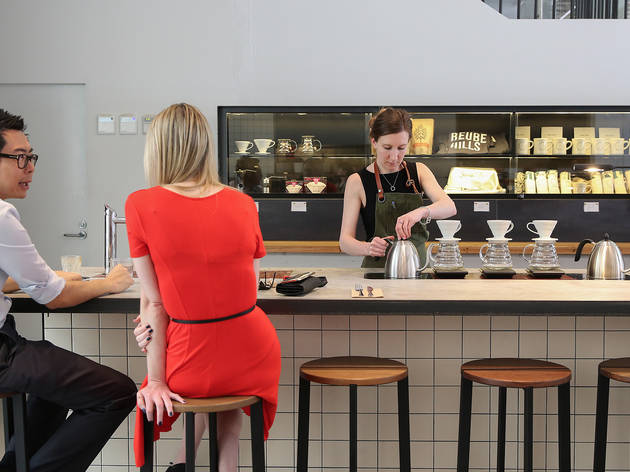 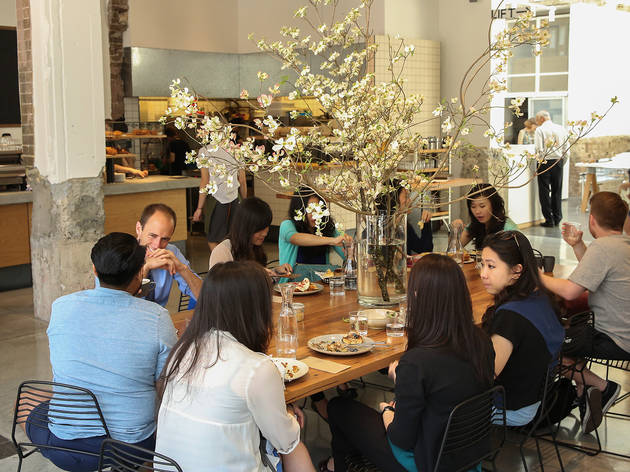 Is this the most beautiful café Sydney’s ever seen? If those glossy white tiles, smoothly buffed polished concrete floors, and pop-up Tokyo bike store are anything to go by, that’d be a yes

So the Paramount Coffee Project (or PCP, if you like), along with Barrie Barton’s Golden Age Cinema and Bar (a 40 seat cinema screening golden age movies at golden age prices)have taken over part of what was once the old Paramount film offices in Surry Hills. It’s Sydney's Reuben Hillsand Melbourne's Seven Seeds behind PCP, offering a menu of cheeky snacks and great coffee.

There’s a waffle for all seasonings here. Take yours sweet with a scoop of peanut-butter ice cream, a drizzle of dulce de leche and a shower of toasted-and-crushed hazelnuts. Or go savoury and top that carb raft with bacon, a fried egg, smashed avocado and tomato. Sadly, it’s a little dryer than its sugary friend and quite a lot of the waffle gets left on the plate.

Not that that’s a problem with the bacon, egg and raw kale wrap with barbecue sauce. Thick-cut, maple-smoked bacon is swaddled with a gooey egg and house-made barbecue sauce. A new-wave Philly cheesesteak sees shreds of beef covered in melted cheese – traditionally it should be Cheez Whiz, though we’re much happier with the slices of melted gruyere in place of spray cheese – and chunky pickles captured in fried bread.

It’s not all chunky-guy brunch, though. There’s also a regularly changing salad – one week it’s chopped chicken with cress, grapes, walnuts and buffalo mozzarella. Another visit it’s roasted mushrooms, walnuts, quinoa and gorgonzola. Of course, then there’s the PB'n'J milkshake. It tastes like a sweet sandwich and it’s served in an old Dallas Cowboys tour cup. We get Bob Lilly – 255 pounds of all-American defensive tackle.

It really is a beautifully designed café. There’s a filter bar where you can sit and work while the super-nice wait staff make you a coffee on the convection stovetop (we like Melbourne’s Small Batch, served cold, in a little jar with a straw). Or just get a regular espresso – they’re marked on the menu as ‘black, white and extras.’ It’s an interestingly mild brew – eminently drinkable but not as busty as the gear at the original Reuben Hills on Albion Street.

Or grab a seat at one of the big communal tables either inside or out. Really, everyone’s sitting everywhere – it’s a world of fixies, laptops, chinos, nice dogs, and big groups of bloggers armed with oversized SLRs taking photos of their hot chocolates. It’s all about just getting in the mix here. And we are so coming back for a Tokyo Bike. Ding ding!