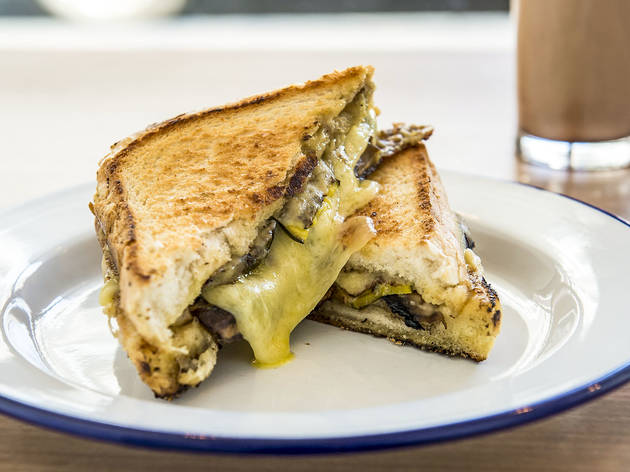 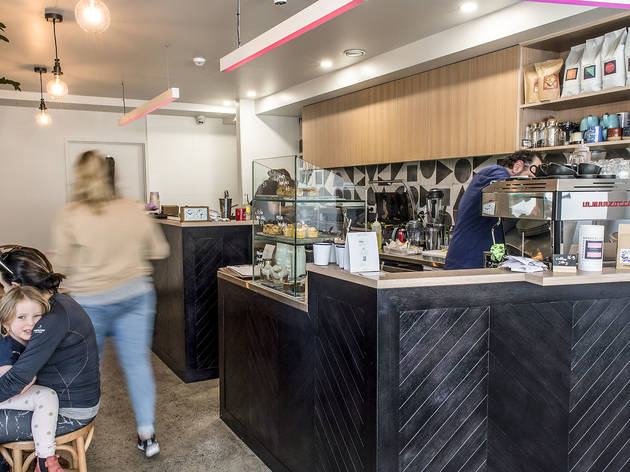 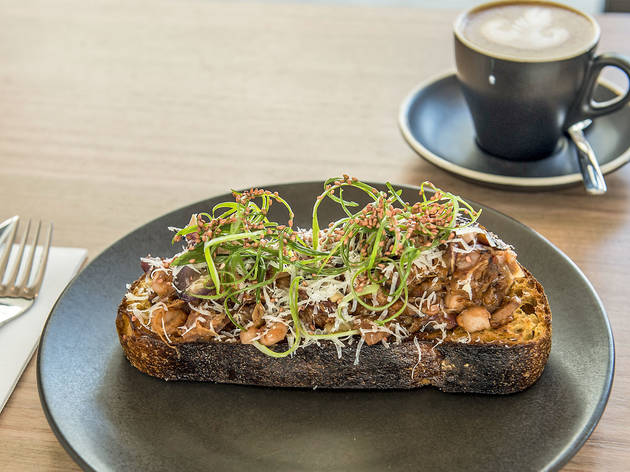 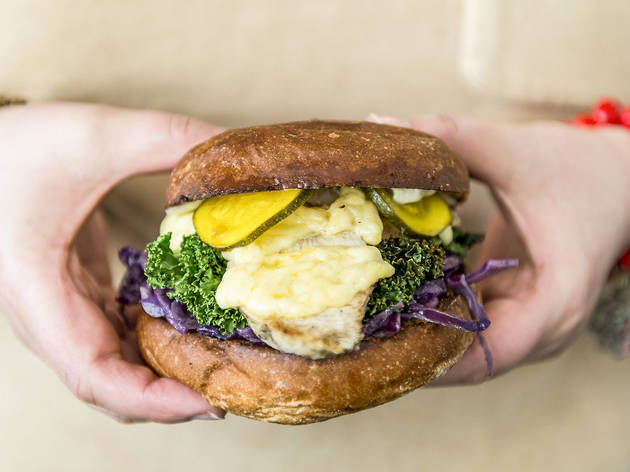 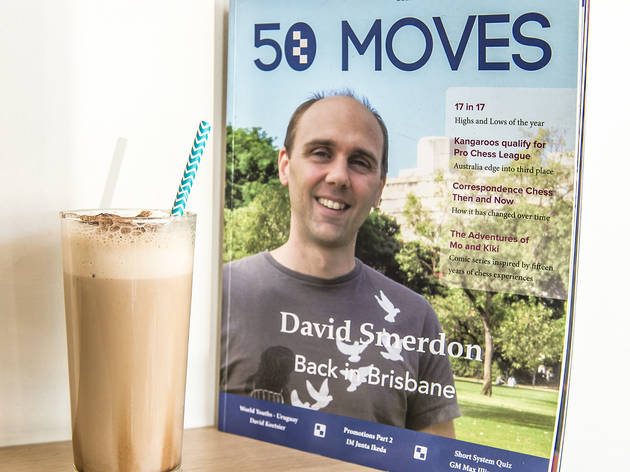 Think a Saturday evening playing five-minute chess, eating chicken Twisties and drinking filter coffee is too niche? Tell that to the 20 people who showed up to the most recent Blitz and Chips event at Queenside, a snappy café in Dulwich Hill that leads a double life as a chess lovers’ clubhouse on Saturdays after the espresso machine has been turned off.

It’s a subtle theme: the name is a reference to a move, but also a reference to which side of Dulwich Hills the café is on (the one near Queen Street). There are chess magazines tucked away unobtrusively, and you’d have to be in pretty deep to recognise that the ‘Fiona’ avo toast and the Hambleton ham sanga are named in honour of grand masters.

Jim Papadakis, is a chess enthusiast, which is why he has carved out a little pocket for like-minded souls at his Inner West café, but he’s also a coffee man, having clocked time at the likes of Campos, Single O and Little Marionette. It shows in the gentle but insistent toastiness in a balanced flat white made from house-roasted beans, and in the mocha blitz that is more coffee forward than you’d expect from a mix of milk, ice cream, espresso, chocolate syrup and ice.

You might miss the chess references entirely, but pick up on Papadakis’s love of Rick and Morty – the pickle rick is a cheese and housemade pickle toastie; the schwifty is a roast lamb burger. But you could also miss every single in-joke at this six-table coffee shop and still have a great time, because it’s also just a really good café.

If you’re eyeing off that croque Monsieur but don’t dabble with ham, ask for the monsieur champignon, an off-menu vegetarian riff that encases a juicy confit mushroom with truffle and nutmeg béchamel, smoked cheddar and a polite amount of pickle. We will have to come back for the breakfast burrito.

Some clubs have a secret handshake, or a door code, but here their opening gambit is good coffee and a café menu that is both familiar and creative. It’s their checkmate, but we’re the real winners.