Restaurants, Pizza Rozelle
3 out of 5 stars 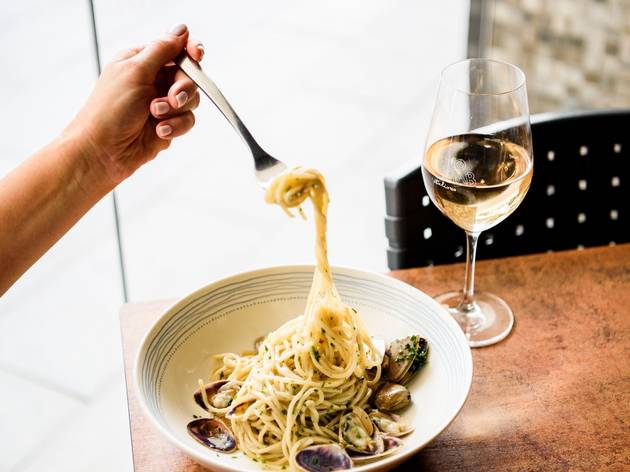 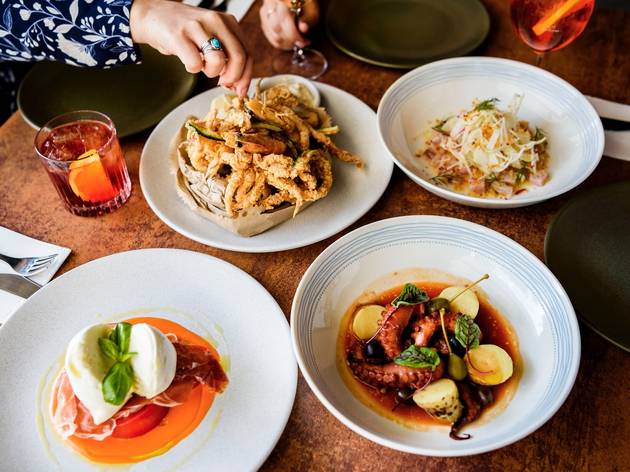 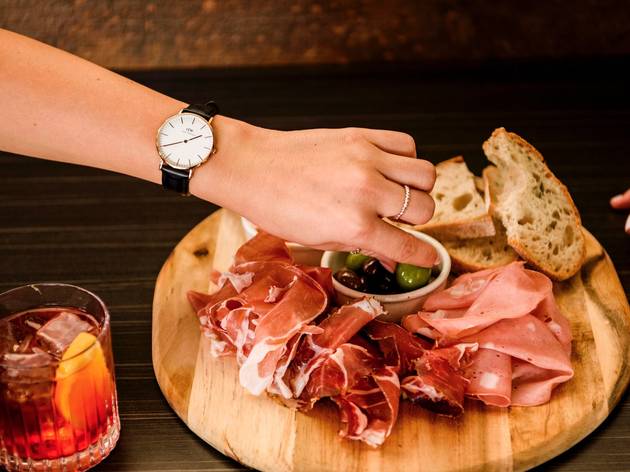 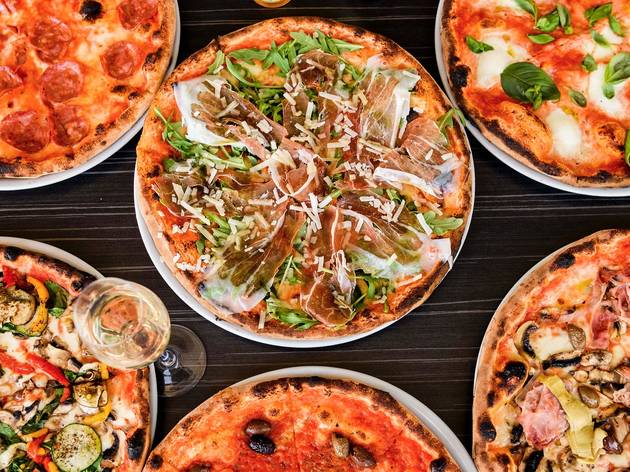 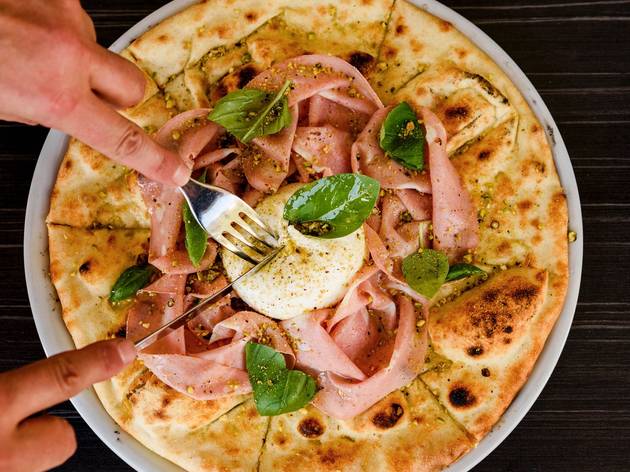 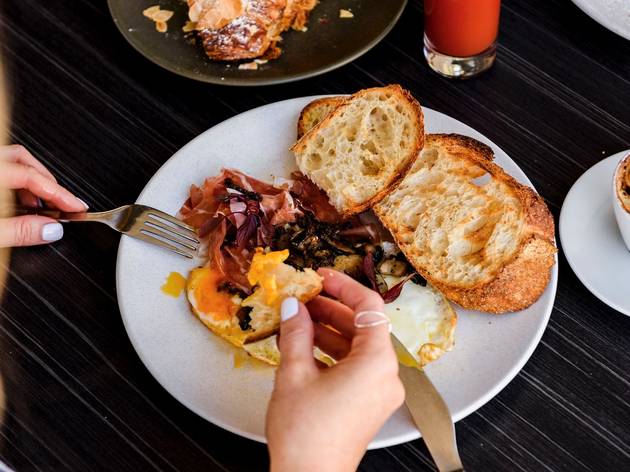 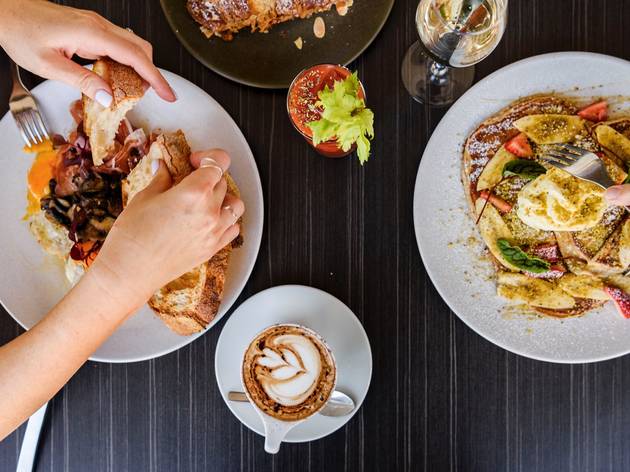 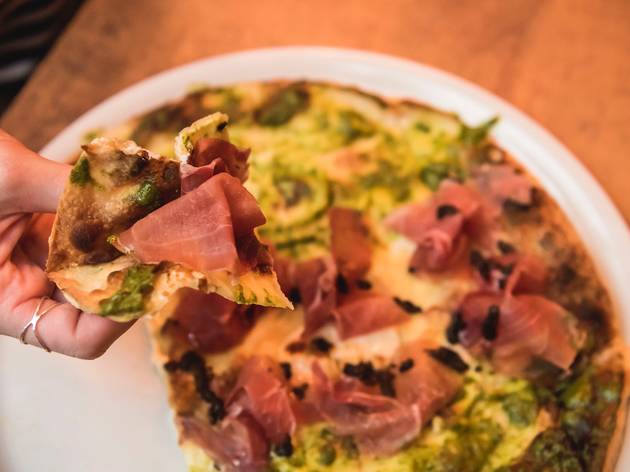 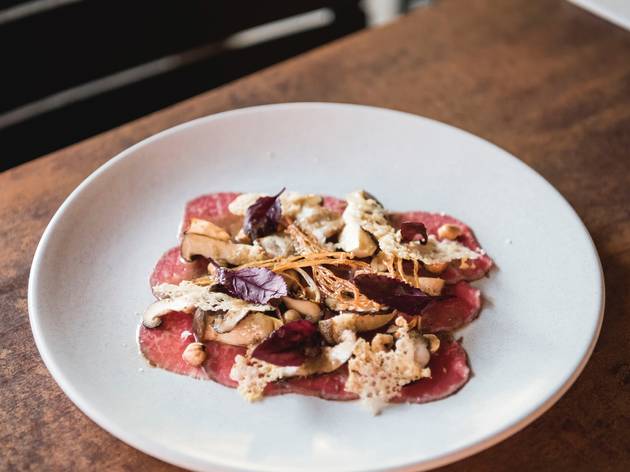 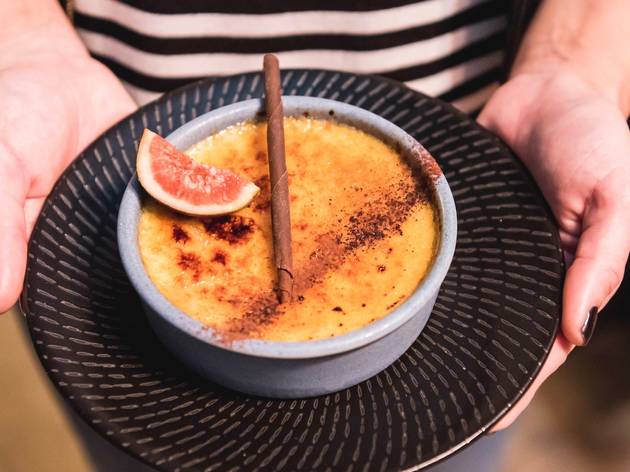 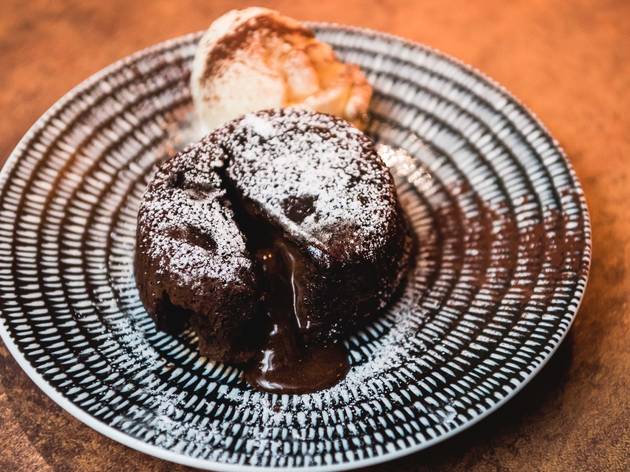 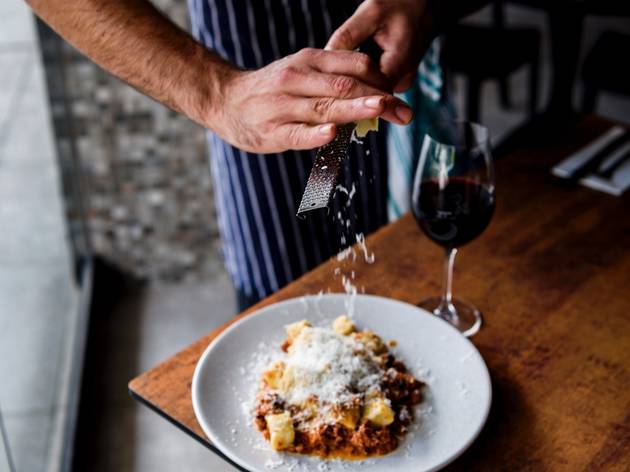 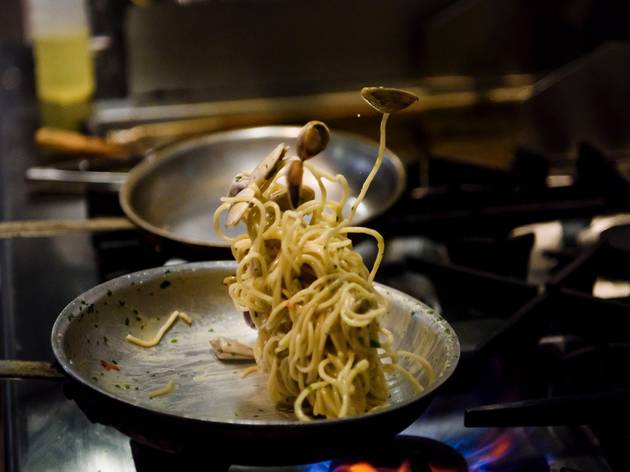 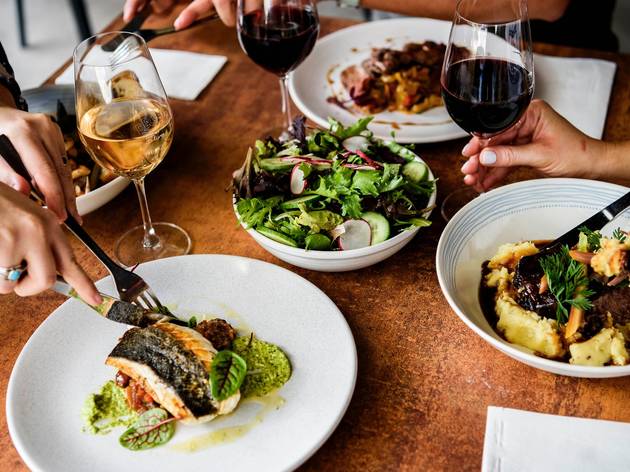 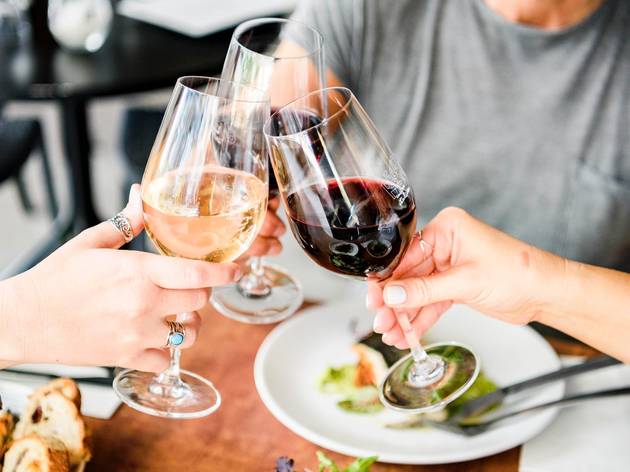 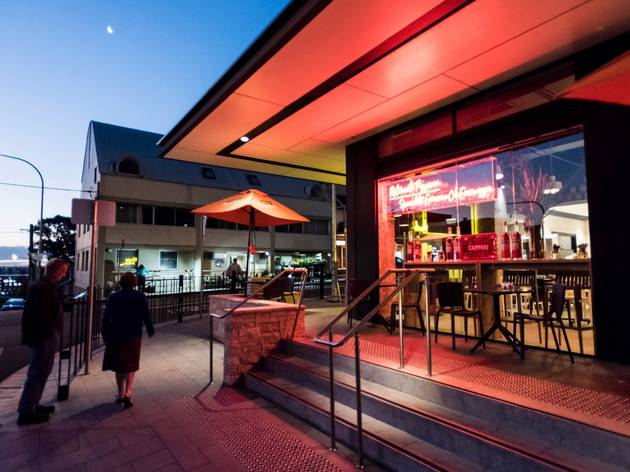 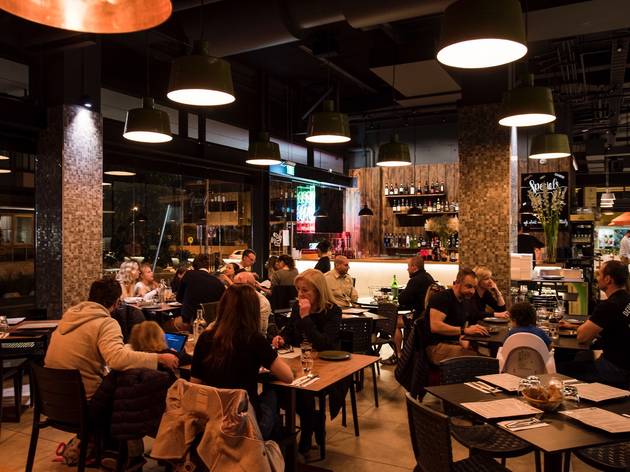 Twenty bucks doesn’t get you far in Sydney, but it will get you all-you-can-eat pizza in Rozelle

We all know that pizza traditionalists hate the half-half order, but until now it’s been a pretty handy way to allow you to satisfy divergent topping preferences. An even better solution is the Tuesday night, $20, all-you-can-eat, roving pizza offer at Reccolab in Rozelle.

This place is not going for the classic suburban pizza parlour vibes – the glassed-in restaurant under a new residential development is much more red neon than red checked table cloths. And speaking of Italian booze, to coincide with their gut-busting pizza feast, you can also get ten-dollar Aperol Spritzes all night long – tight-arse Tuesday has a new king.

All that certainly goes a long way to explaining why the venue is buzzing on a cold, wintery evening early in the week. We even spy a kids’ soccer team refuelling with all the carbs their tween stomachs can handle.

Of the ten pizze making the rounds – dished out one slice at a time if you opt in – a surprising hit is the burrata pizza, which also shares DNA with a crostini given it’s a pizza base baked starkers and then dressed after oven time with fresh tomato, rocket, prosciutto and creamy daub of burrata cheese. Sure, it feels a little like fancy toast, but we’re into it. The four-cheese option is pretty heavy going, but if rich, white-based pizzas are your jam, there’s good times to be had with the porcini mushroom and sausage number laced with garlic oil. See also: the sausage and bitter greens. And while you’re here, let the hot salami satisfy the desire for pepperoni pizza that was hardwired into your brain by the Ninja Turtles at an impressionable age.

If you want to visit on another night, keep in mind that these guys specialise in focaccia col formaggio, a Ligurian specialty that involves two wafer-thin dough layers filled with imported stracchino cheese and baked in the woodfired oven until golden.

But back to the roving pizza party – we’re not saying it’s the best pizza in Sydney, but it is a double guarantee: you’ll leave full, and there’ll be no fighting over what to order or how much you pay. Pizza diplomacy might not be the answer to world peace, but it certainly solves a whole lot of dining issues for only $20 a head.