This buzzy, casual diner by the team behind Monopole and Cirrus is more than your neighbourhood pizza joint

Hidden behind a half-wall of cane in the bustling, culinary hub of Macleay Street, Ria Pizza and Wine has extremely large, fairly fancy shoes to fill. If fine dining wine bar Monopole, which called the site home until late 2020, were an investment banker’s loafer, then Ria is more like an all-white sneaker – chic and unfussy.

The buzzy, casual eatery took Monopole’s place in late 2020, after it flew the neighbourhood to alight in a fresh, airy new CBD space on Hunter Street. Like Monopole, Ria Pizza and Wine is also a venue from chef Brent Savage and sommelier Nick Hildebrandt of the Bentley Group, but it’s a more casual iteration of the space. We all know Savage and Hildebrant love an elaborate ceiling fixture, so metal, industrial-style panes dangle overhead. Soft light comes by way of LED bulbs threaded through squiggly white rope, like illuminated line drawings hanging from the roof. And those splashes of pink, fluorescent paint over the dark grey, once austere walls? You’re looking at the work of frequent Bentley Group collaborator Pascale Gomes-McNabb, who joined forces with Melbourne artist Ash Keating to brighten up the space.

As it says on the (cardboard) box, Ria Pizza and Wine is all about, well – exactly that. But unlike your neighbourhood pizza joint, it inverts the proportions of each element: instead of an unwieldy range of pizzas and your pick of two house pours, Ria’s wine list is eye-wateringly long, while the pizza selection is to the point: pick from four pies with a tomato base, three on a white base and one with pesto.

As for what's on offer? The Western Australian octopus and ‘nduja pie is brightened up by dollops of green chili salsa, while the carb-on-carb situation that is the potato pizza is broken up with the salty bite of gorgonzola. Bases are typically sourdough, but you can also get a wholemeal version for a denser, more earthy grounding. The crusts are the star here: dense, chewy and with the requisite fermented sour note – you’d be silly not to make the most of them but ordering a ‘crust dip’ or two. As someone who doesn’t ordinarily eat crusts (I know, I know, I’m past the point of being shamed by it), I reached for them before finishing the body of the slice, tearing off the pillowy edge to scoop up tangy harissa or whipped mullet roe (like a demure take on taramasalata).

In more ways than one, Ria is a choose-your-own-adventure –  you can also jazz up your order with a selection of ritzy pizza toppings. Black Pearl Beluga caviar is $180 for 30 grams, while the white truffle comes in at a cool $13 per gram. For a less extravagant (but still delicious) ‘pimp’ of your pizza, order your pie with fat, pearly bottarga sprinkled on top, or lean into the umami with a scattering of Ortiz anchovies.

On the drinks front, the Ria Sour is made with vodka instead of the traditional whisky, and all the classics are on offer to go with your bar snacks – pick from olives and roasted Padron peppers, or gleaming, tangerine-coloured slivers of ocean trout with a herby pesto spooned on top. Hildebrant has managed to settle on a mere 100-strong wine list (down from the 500 plus at Monopole). Naturals are prominent, as are local makers and Italian drops. A pizzeria with the heart of a weekday regular, the wine list of a fine diner and a winning inducement to eat your crusts. Potts Point locals have never seemed luckier.

Ria Pizza and Wine is open seven days a week, for dine-in and takeaway. Reservations and walk-ins are welcome. Book online. 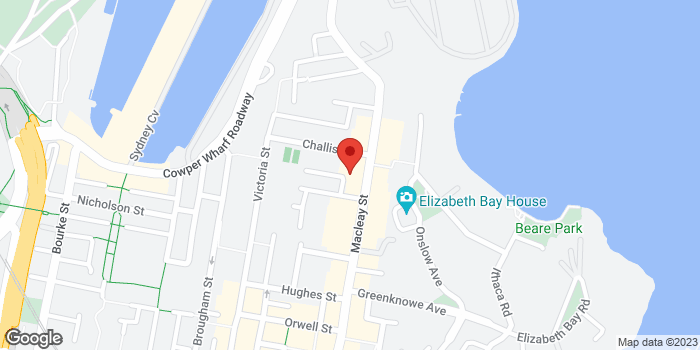