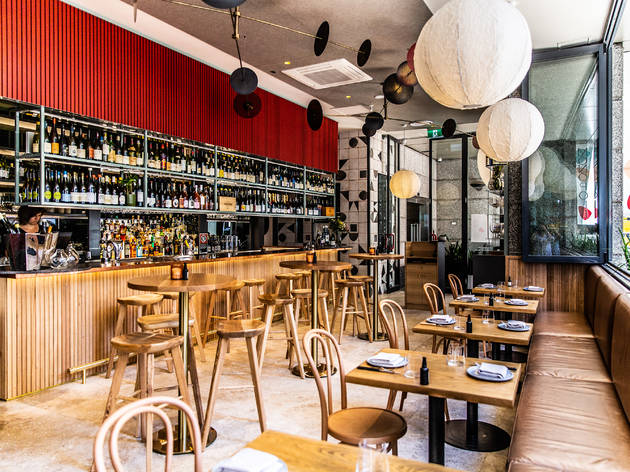 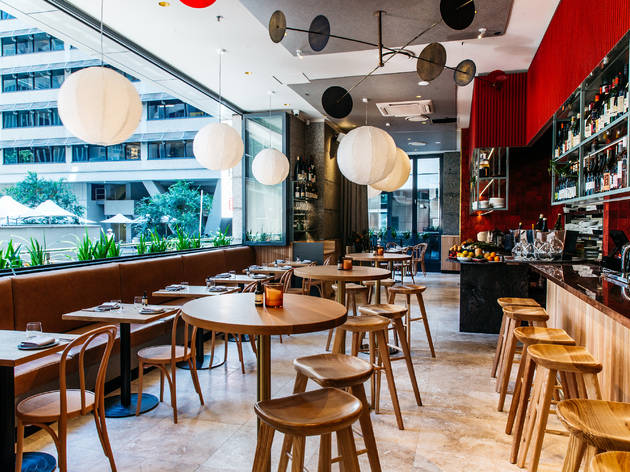 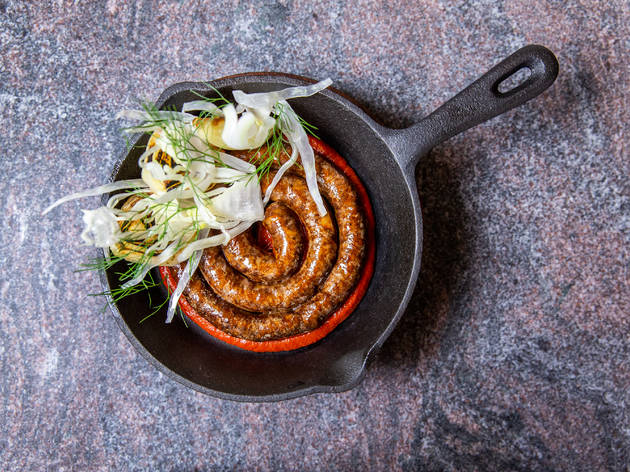 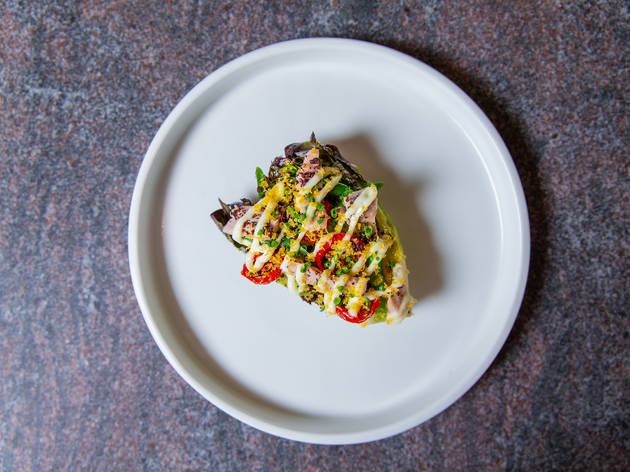 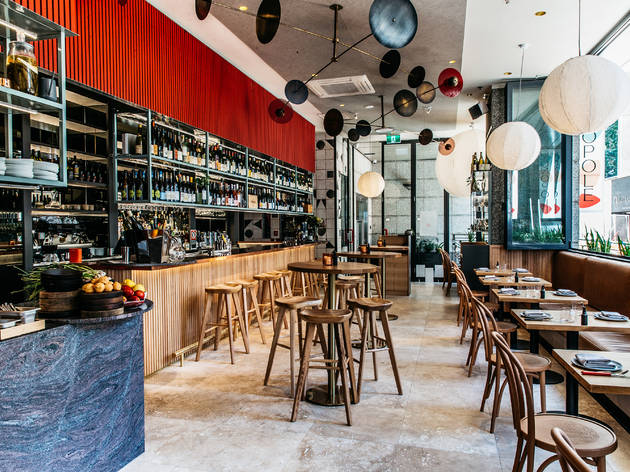 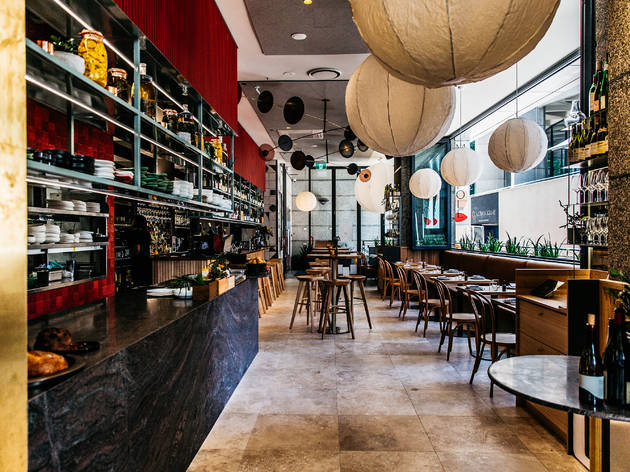 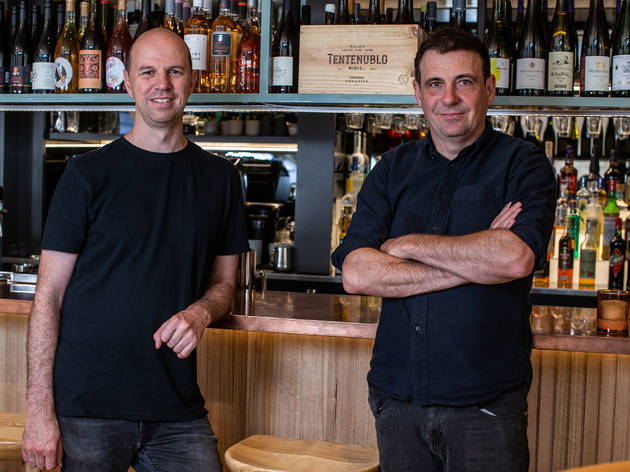 One of the city’s best wines bars is bigger, better, and brighter in its new city digs

It’s not as if Potts Point wine bar Monopole needed a glow-up. The moodily lit perch for night owls from the deft hands of empire builders, chef Brent Savage and sommelier Nick Hildebrandt, had no shortage of fans. But by our metric, the new Monopole is the superior offering in every way.

We’ve all spent more than enough time inside, so the fact that the windows that run the length of the new room on Curtin Place can be folded back to create an airy terrace feel is nothing but good news for the day trade. They’re here for a business lunch that’s a cut above, but not an excessive fiscal leap for the accounts department to approve later – a sirloin with pepper sauce maxes out the price point at a modest $42.

That leaves a lot of fun and flavour hovering around the half-way mark, like a three-bite sweet white roll with chunks of tiger prawn playing the adjudicator in a tug of war between yuzu’s sharp citrus and mayo’s velvety embrace. Or maybe you fancy a southern hootenanny of smoked brisket and the roulette of potential spiciness in pickled pardon peppers.  By day there’s good snack work in bresaola, a classic terrine of ham hock and chicken, or a tuna salad taking loose cues from a Nicoise. But as is often the case with talented chefs, the performances they conjure from vegetables are the most arresting, like roasted zucchini balancing its feisty cousin, pickled squash, in a light, creamy almond sauce. The fact that they’re everyday grocery items is what makes their ascension to the halls of fine dining so compelling.

At night, when the brief is more wine bar than bistro, the small eats dress up for a date with a glass of something extremely likeable, like the WA Savagnan from Heretic, which is also an extremely affordable drop at $12 a glass. Its soft herbal texture gets along famously with a perfectly piped wiggle of smoked sour cream on a cucumber raft bearing salmon roe like precious cargo. Even mores so a seemingly weightless gougeres ferrying a wobble of parmesan cheese custard on a sweet bed of caramelized onion.

A few entrées are important here, on their own merits, and also because they prime you for the full throttle thrills of a rich, spiced Merguez sausage coiled in a cast iron pan on a bed of crimson harissa, with fennel’s clean, insistent aniseed providing respite. A subtler, but no less impressive force is at work in a generously portioned bowl of orecchiette, fragrant with green garlic, pangrattato and enriched with an egg yolk. Don’t risk the FOMO of not ordering the banana sorbet crowned in a cloud of coffee cream concealing candies banana and a ginger biscuit base.

The new Monopole is a streamlined, upgraded edition of its former self that is very clear about what lane it occupies in Sydney’s city scene. More light, slightly lower prices and a wine menu focused on Australian and French wines means there’s a lot of fun to be had under $100 a bottle, but still plenty of showy labels if you’re setting your credit limits to ‘schmooze’.