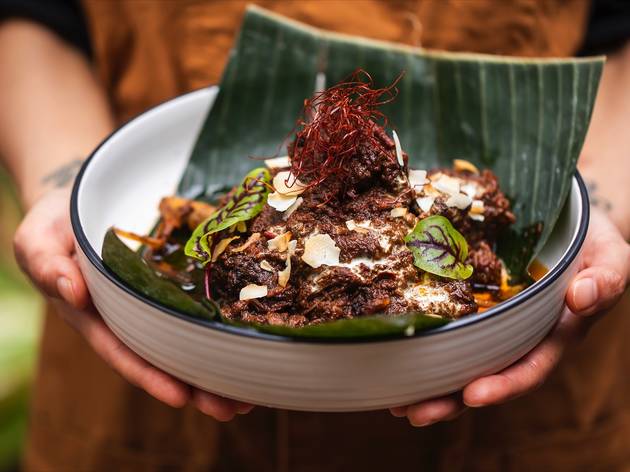 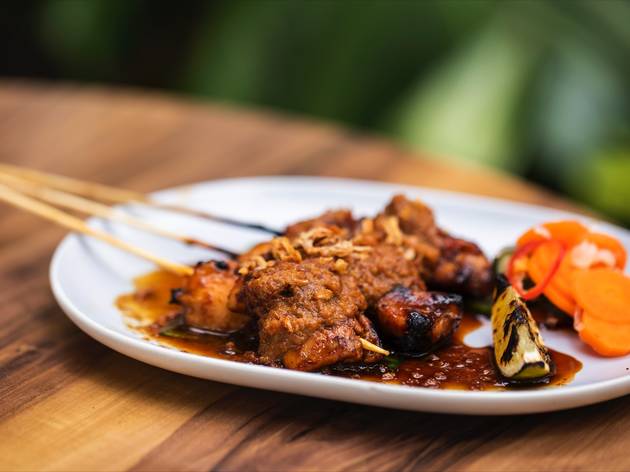 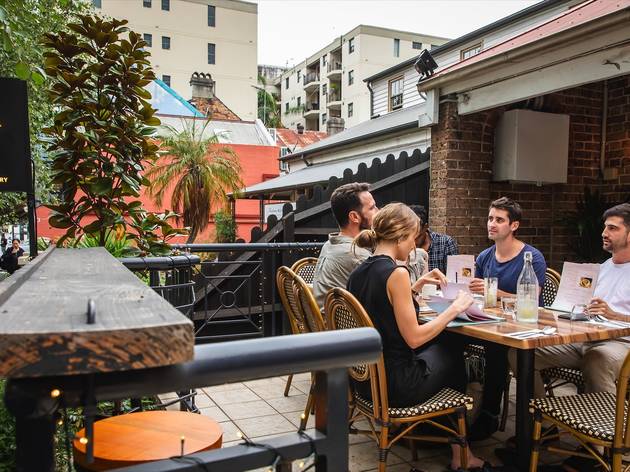 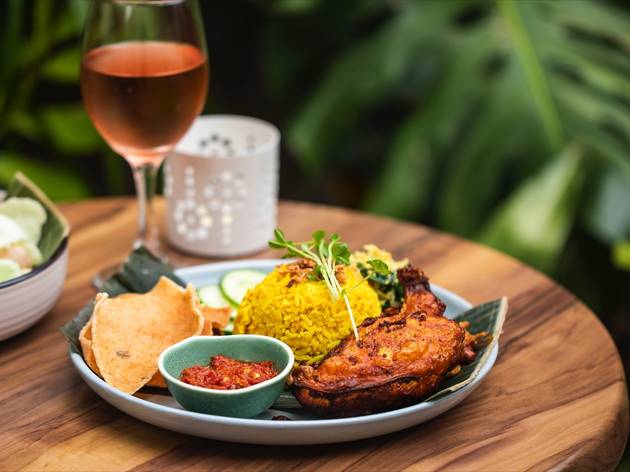 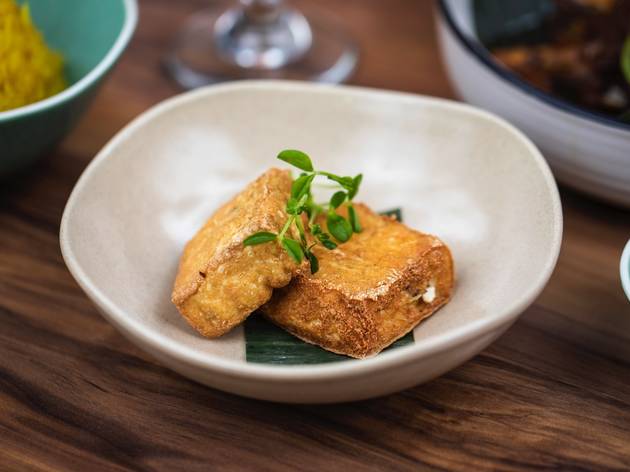 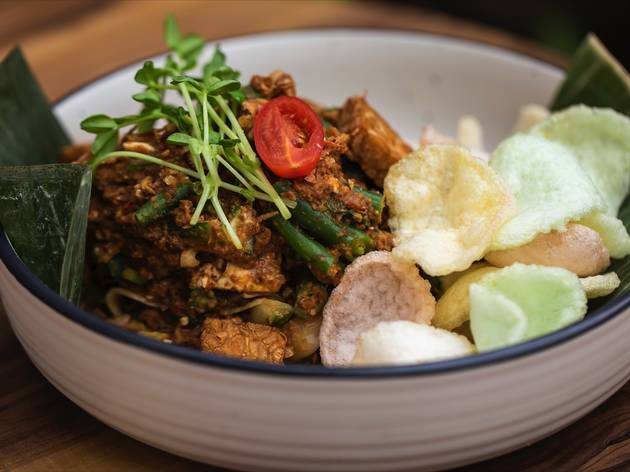 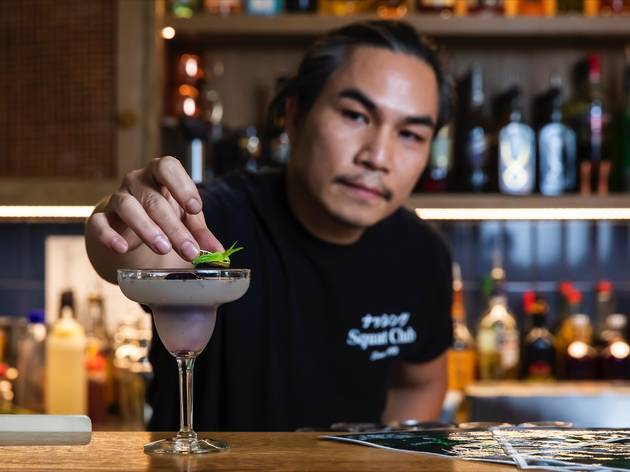 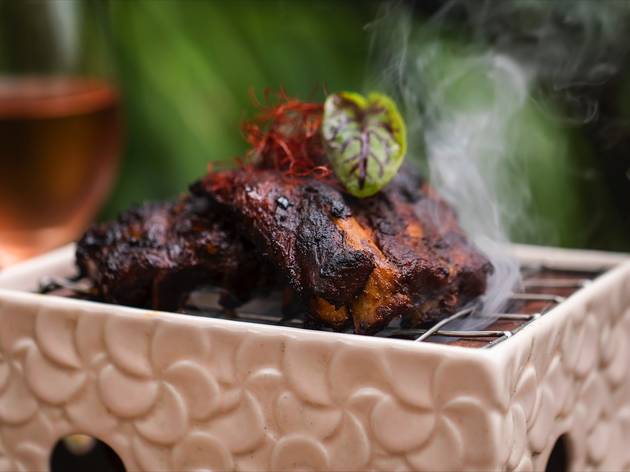 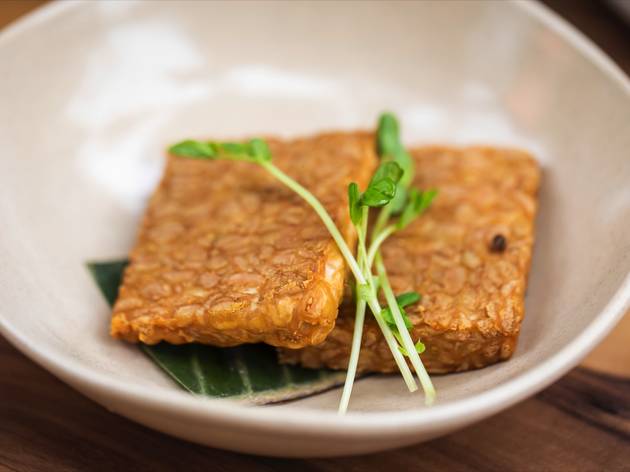 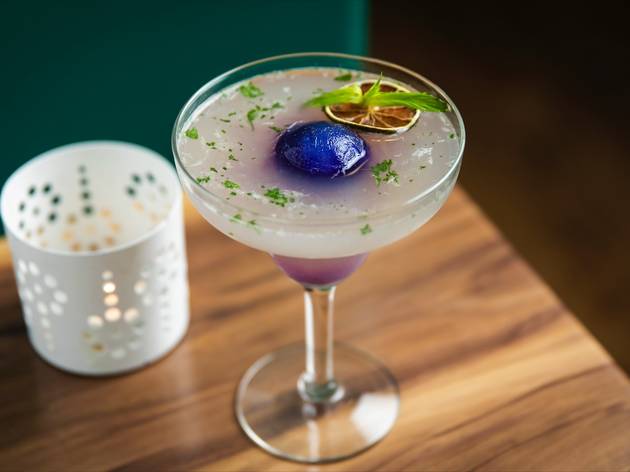 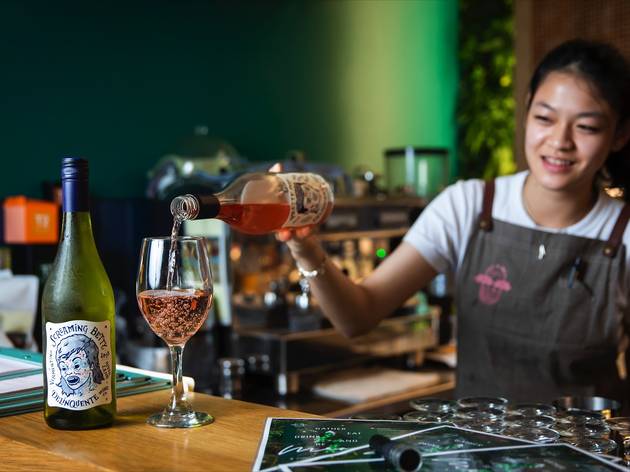 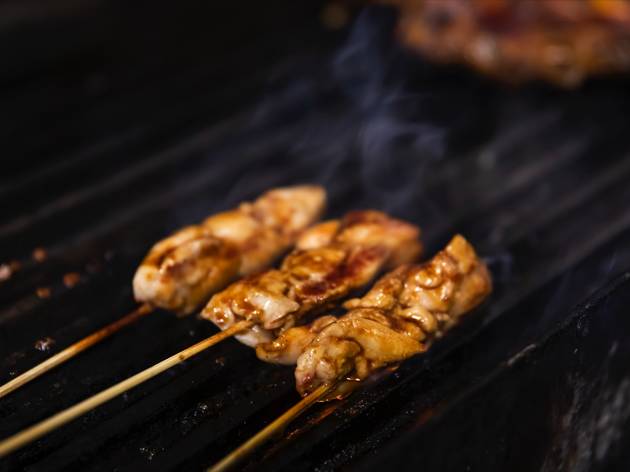 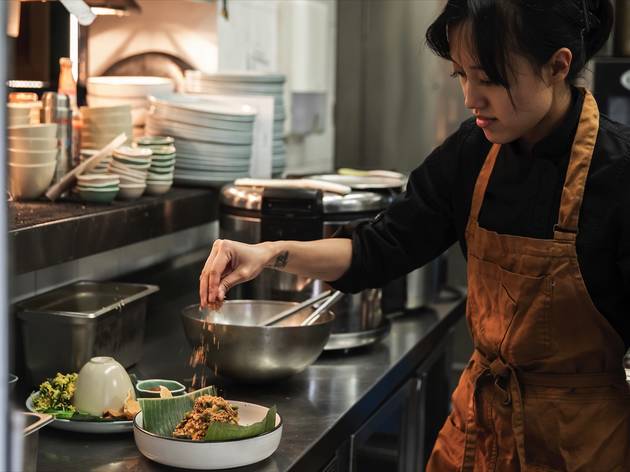 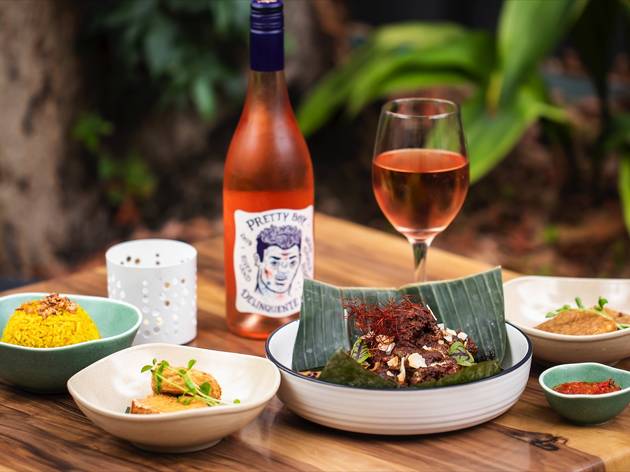 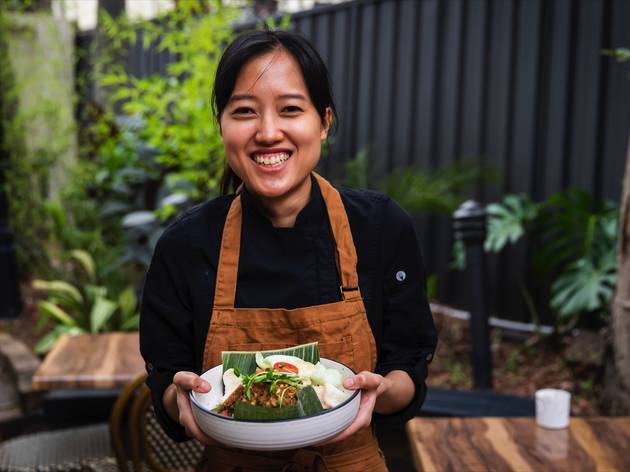 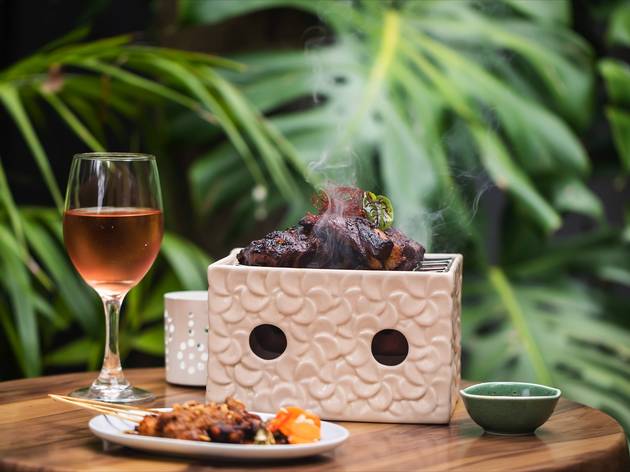 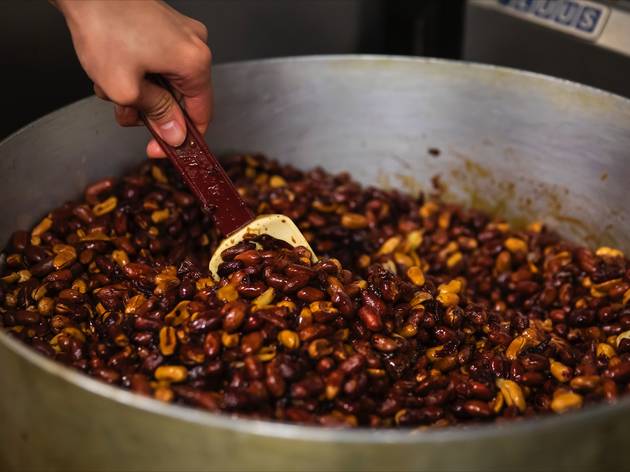 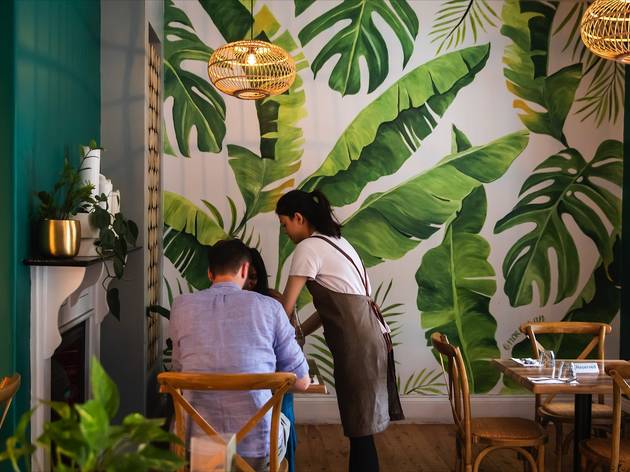 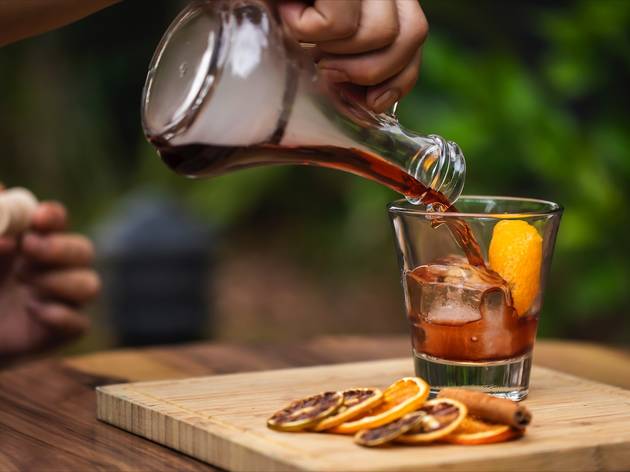 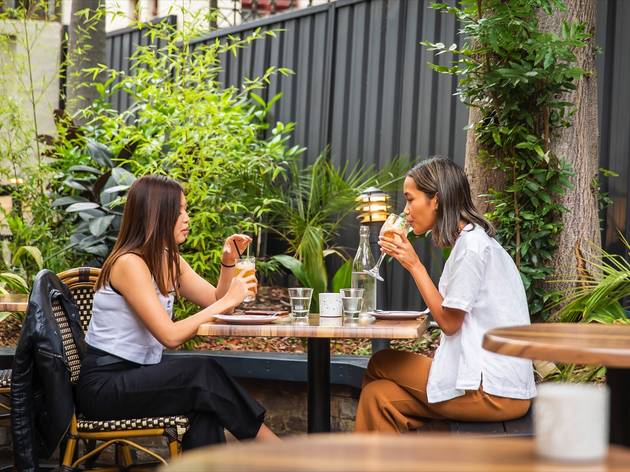 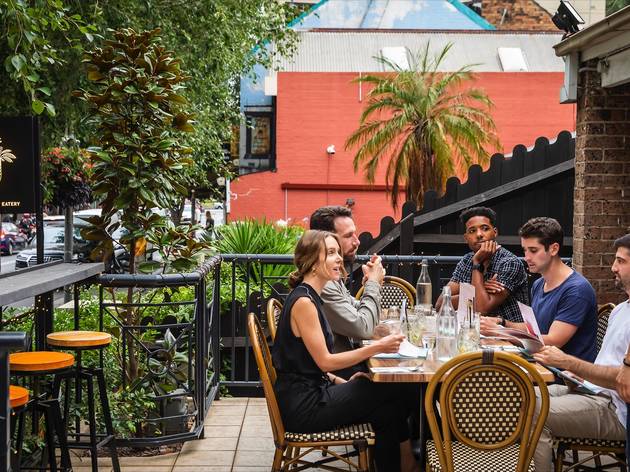 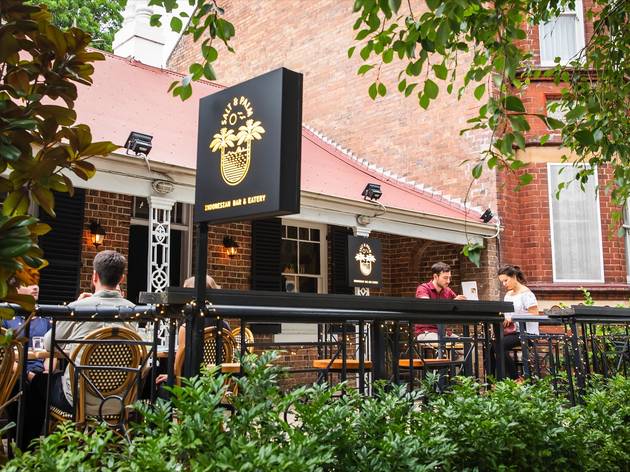 Where in Sydney can you order a rendang with a bottle of Eden Valley pet-nat? What about a plate of glistening pork ribs and a pint of Grifter pale ale? Or a slab of tempeh with a shrimp-spiced sambal and a rum and coconut water cocktail in a whole young coconut with fresh mint and lime?

Before Salt and Palm opened in September of 2018, pretty much every Indonesian restaurant in Sydney relied on the same model – low prices, high turnover, basic service, even more basic interiors and a drinks menu that didn’t extend beyond teh kotak poppers and Coke.

Salt and Palm tosses those stereotypes aside. It deals in tapped brews from Marrickville’s best, the kind of wines you’d find on the shelves at Newtown’s P&V Merchants, and serves them to local families and denim-clad millennials at timber tables surrounded by house plants or to a leafy courtyard that’s atmospherically between upmarket beer garden and your friend’s backyard potluck dinner. The service, while occasionally slow, is a level above the average Indonesian restaurant in both cheer and ability to answer questions on Indonesian-spiced cocktails, sambal spice levels and the difference between sate ayam and padang (the former is the chicken skewers under peanut sauce, the latter beef with a thick turmeric gravy).

Generally, Australians have tended to group Asian restaurants like Salt and Palm in the “modern” or “fusion” category of dining. It’s an easy way to differentiate something like Hello Auntie from a $10 pho and bun cha joint. But Salt and Palm isn’t modern culinarily. It may look and feel more modern compared to its Indo competitors, but there’s nothing experimental or even new about the food. All the spice, pungency and texture that makes Sydney’s old-school Indonesian restaurants great, is just the same and maybe even better here.

Look at the beef rendang: it looks like hunks of melting dark chocolate, cooked for so long it’s given up both its cinnamon hue and its ability to withstand a fork prod. It’s complex, too, as layered and intensely savoury as Sydney’s best curries. Have an entire bowl of it or order it sidled up next to a dome of turmeric rice, shrimp-blasted sambal and a textural mix of tempeh and potatoes that’s sweet and tart from being stewed in tamarind, palm sugar and lemongrass.

That’s one combo, called nasi kuning. There’s another called nasi campur that’s centred on coconut rice and a lighter, more herbal sambal. Either can be bulked up with a bit of curry, a side of Balinese crisp-skinned pork belly or a Maryland of ayam goreng, Indonesia’s fried chicken. Don’t expect the starchy, thick-batters of American-style fried chicken; with this Indonesian version you can still see and taste the chook’s perfectly crimson and fatty skin, as well as the garlic-heavy marinade it was bathing in before it got crisped in an oily wok.

What’s most surprising about this whole experience though isn’t the quality of the fried chicken, the all-natural wine list or the restaurant’s fresh design. It’s the fact that all those things come with a menu of $12 mains, $10 rice combos with sambal and meat, and a $14 gado gado. Sure, the servings may be on the smaller side, but that won’t be a complaint when you’ve just had a sizeable feast, a drink or two, and come to the realisation that there’s no other Indonesian restaurant like this in Sydney – and you haven’t even broken $40 a head.