Restaurants Potts Point
3 out of 5 stars 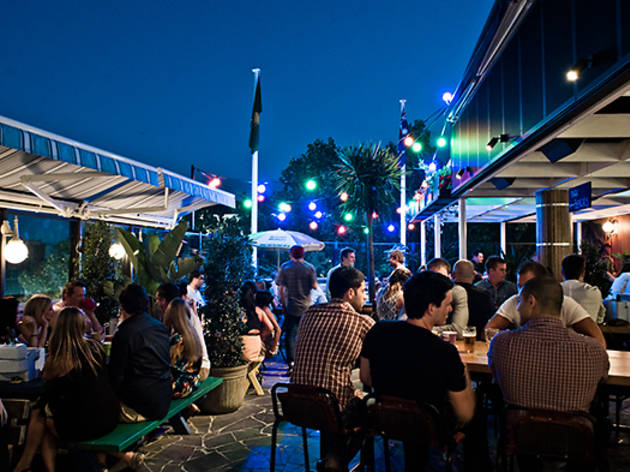 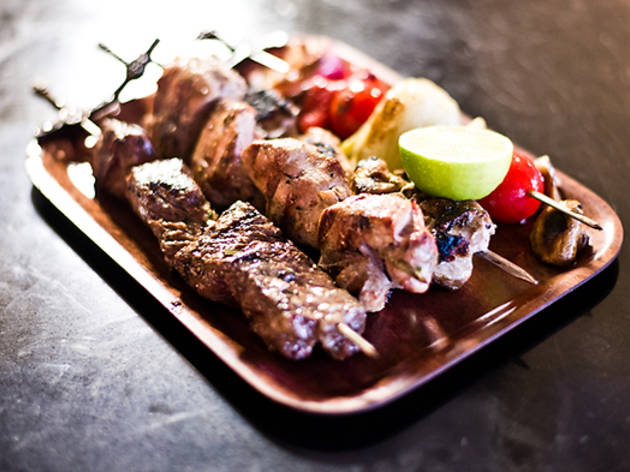 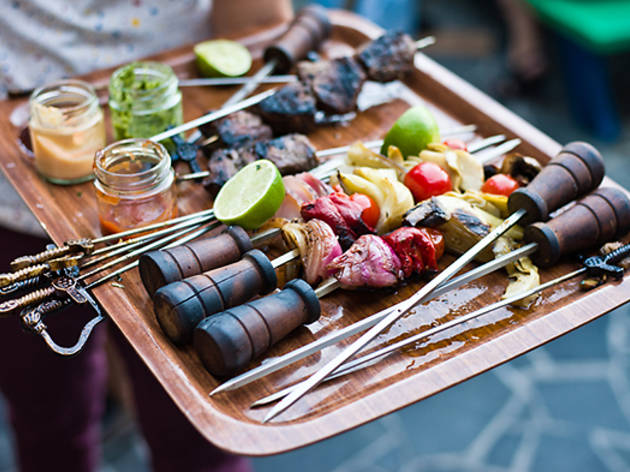 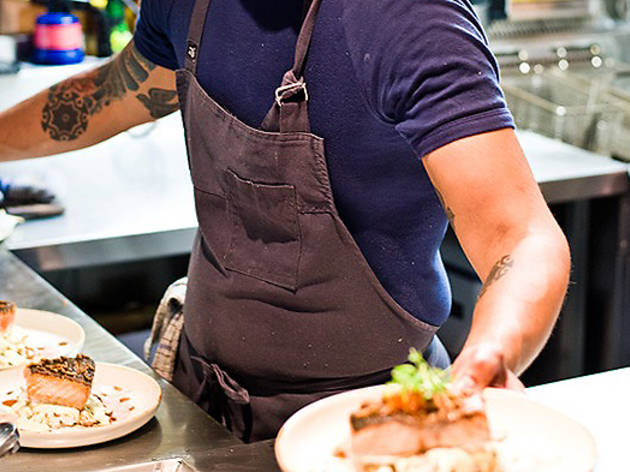 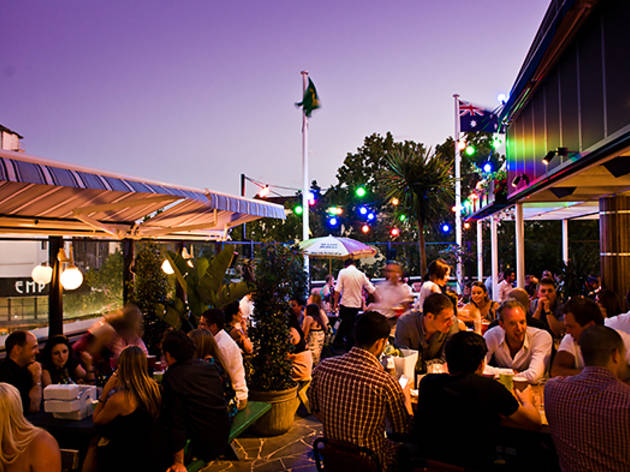 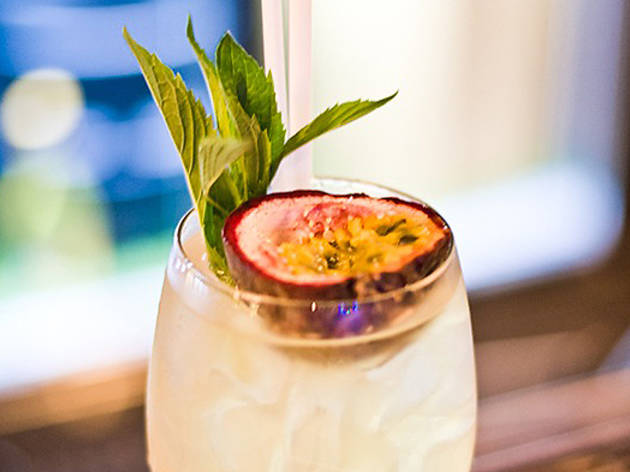 When you think you're at the top, keep walking - that's what you need to know if you're taking the stairs to the peak of the Sugarmill, where you'll find this new barbecue joint and rooftop bar

First things first: book. Do not try to just walk up to this place as you will in all likelihood be denied entry by the door girl because the place is at capacity. To be fair, she’s downstairs and does ensure you don’t drag yourself up seven flights of stairs only to be greeted with a packed-out balcony. So that’s a plus.

Sweethearts Rooftop BBQ can be found at the lofty heights above the Sugarmill Hotel. They've taken the humble, backyard barbie and raised it up above the chaos of the Cross to a rooftop packed with picnic tables, strings of colourful lights and the odd pot plant – you'd never know you were sitting on top of the red light district.
While Sweethearts’ BBQ Shandy may sound like a delicious homage to outdoor eating, the half shot of barbecue sauce just tastes like someone dropped food in your drink. Do yourself a solid and order the apple cider slushie instead. Forget every horrible, neon, diabetes-inducing frozen cocktail you have ever encountered. This has a real apple flavour – like the adult version of getting a frozen popper in your lunchbox.
They have ten different wine varieties on tap starting out from as little as $6 a glass. But nothing says sweet barbecue times like longnecks of Melbourne Bitter, Little Creatures Bright Ale and Reschs, which they also feature.
OK, so the door girl can be a little brusque and the bar staff wouldn’t crack a smile even if Louie CK was your plus-one. But fortunately the irritating elements to the Sweethearts set-up are dealt with at the start of your evening. Once you have a table laden with delicious barbecued meats you’ll forget your troubles.
The lamb short ribs are lean, tender and sticky with garlic honey marinade, garnished with fresh coriander and chilli rounds and lime cheeks. The harissa aioli we order alongside the dark golden chips (skins on, no less) is too mild – more garlic than chilli – but we hit on a winner with the chimmichurri. Here, it’s a chunky version filled out with diced red onion, stacks of herbs, chilli, garlic and lemon. It is exactly what you need to liven up Sweethearts’ simple chicken skewer.
The trump card turns out to be the potato salad. Tender tatties with a creamy dressing come topped with thin slices of spicy, fresh jalapeños, corn kernels, dill, chives and crisp bacon pieces – it’s a southern hoedown in a canoe-shaped dish.
Sweethearts may be a bit over-regulated (you end up confirming your reso by both email and SMS) and the bar lines can get long. But the snacks are good and the beer is cold. If you are a fan of al fresco dining, you’ll be wanting to book a table at Sweethearts. Stairs be damned.