Restaurants Kirribilli
3 out of 5 stars 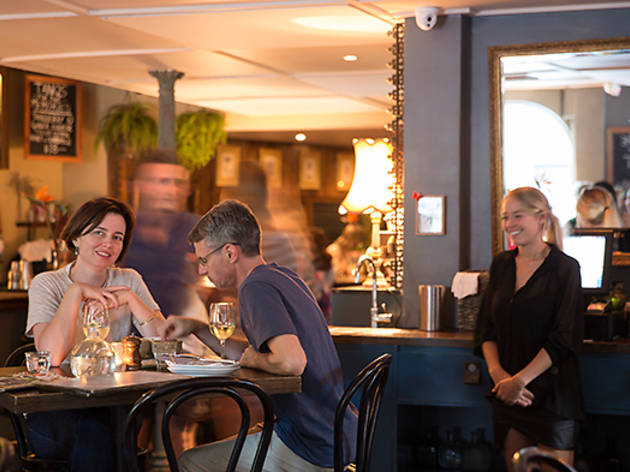 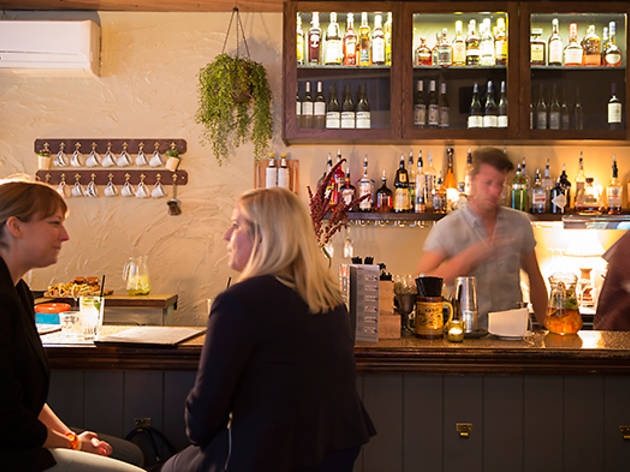 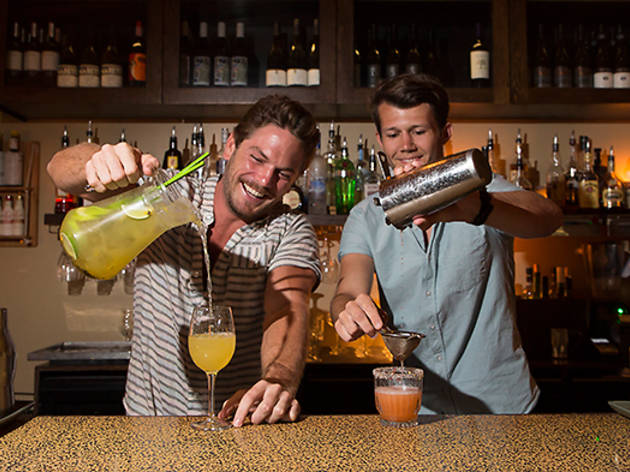 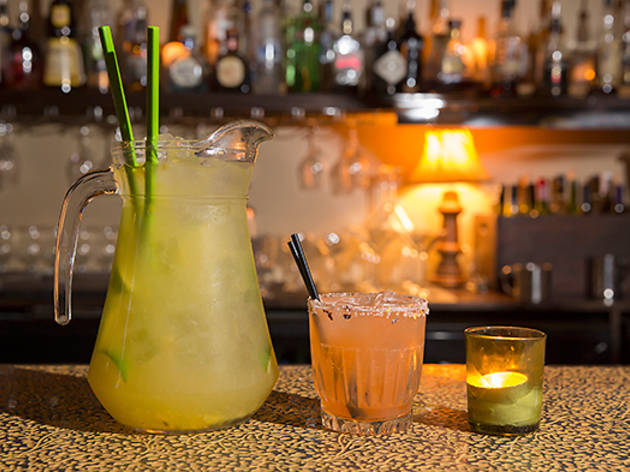 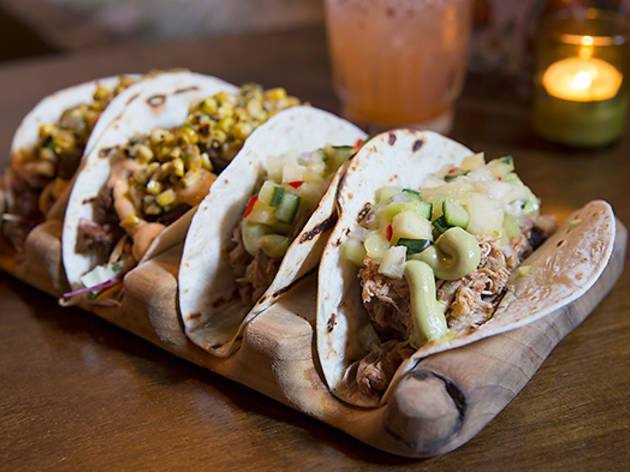 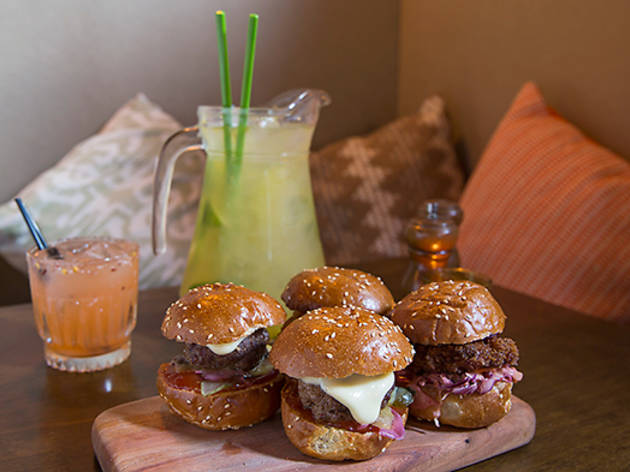 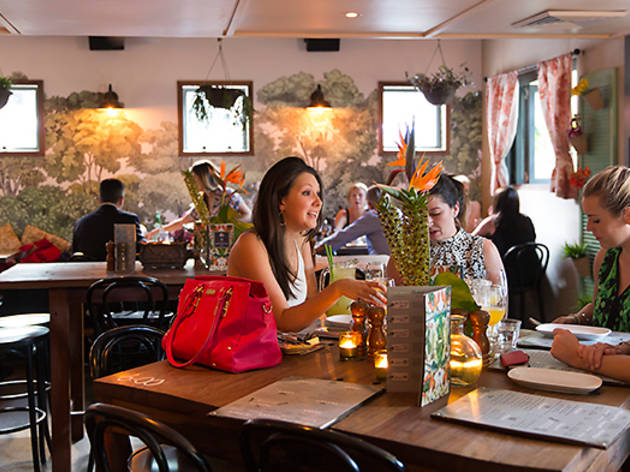 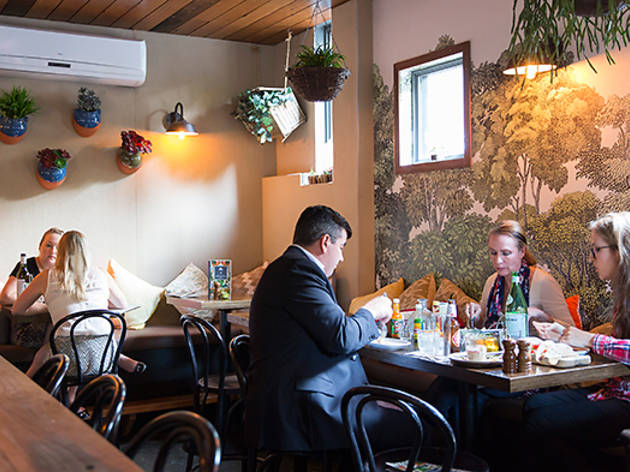 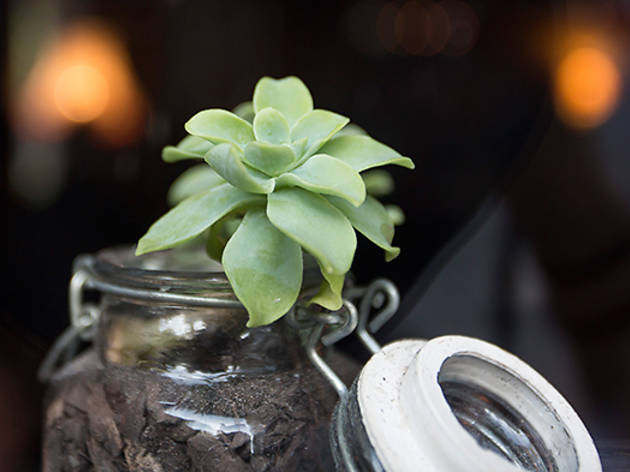 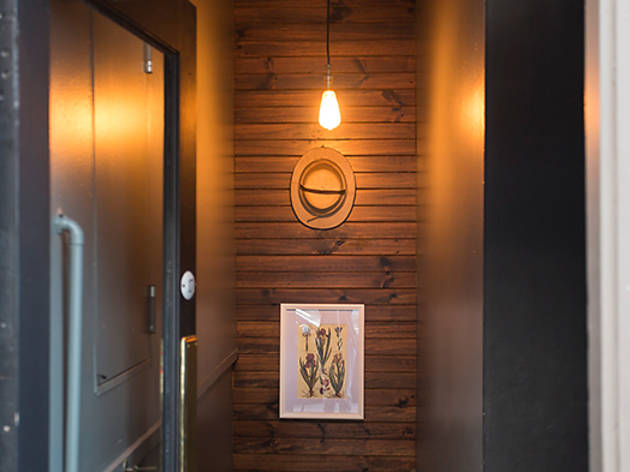 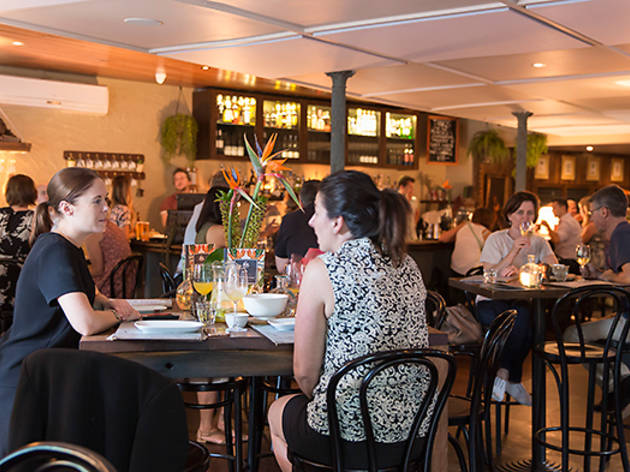 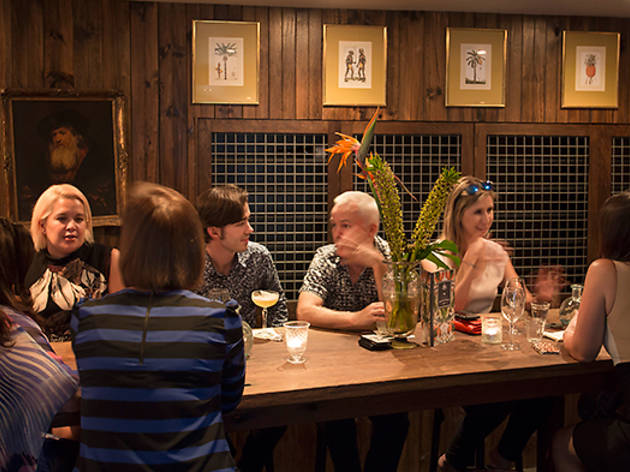 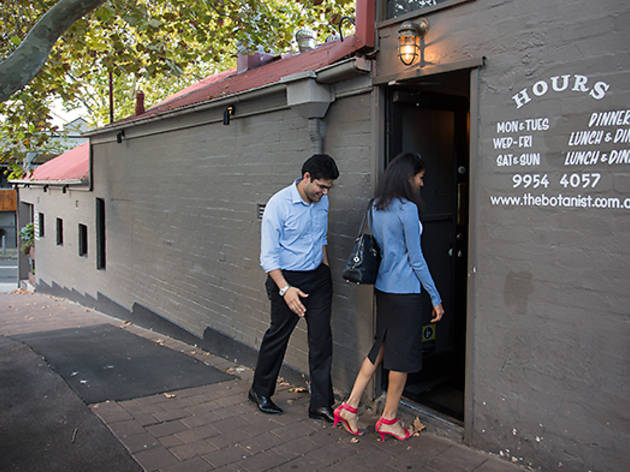 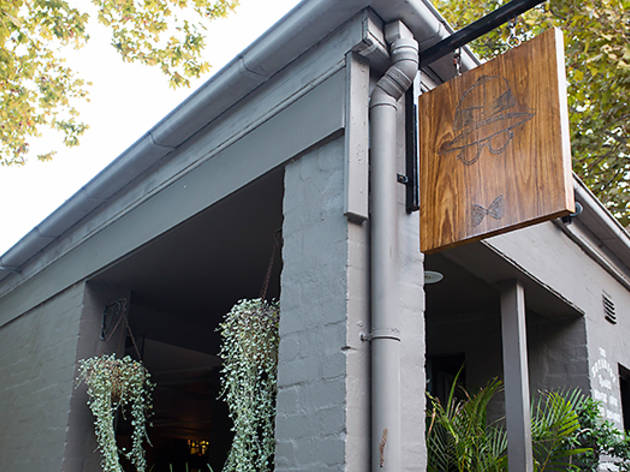 Discover a leafy hideaway for cocktails on the north side

In the early 20th century, British explorer Gerard Fothergill travelled the far corners of the world studying the medicinal qualities of exotic plants and spices. His eccentric style and radical science earned him rock-star status in the academy. But such was his resentment for the fame and responsibility that he did what many do when craving quiet time.

He moved to the North Shore of Sydney.

And though he’s been pushing daisies since 1932, Fothergill’s spectre lives on in the form of the Botanist – a quaint bar/restaurant from the team at Applejack (SoCal, Bondi Hardware) at the site of his home and bookshop in Kirribilli.

The room is, unsurprisingly, botanical. There’s hanging plants and floral lampshades. Vines crawl from stacked globites. And greenery sprouts from countless pots and vases. It doesn’t feel cluttered, though. The design elements are just subtle and sparse enough to work into the green and brown colour palette. It all works, creating a space that feels homey and inviting instead of like an overgrown nursery or (even worse) an over-themed bar.

The crowd spans young couples, yoga mums, big groups and retirees. Most patrons perch at the high tables in the dining area, where ambient tunes play at conversation-friendly levels.

The cocktail list goes hard on fruity blends that look innocent, but pack plenty of punch. The gorgeous, sunset-coloured El Matador (tequila, Aperol, agave, pineapple juice and habanero chilli) comes on ice in a tumbler with a rim of a salt and chilli flakes. It’s a nice balance of bittersweet notes and lingering spice. Or you can amp up the whimsy with a white sangria made with sauv blanc, peach liqueur, vanilla syrup, lime and lemonade.

Beer-wise, they’ve always got Endeavour pale ale on tap, plus a rotating ‘Tap of the Month’ – it was Holgate’s pilsener when we drop by. There’s also a solid bottle selection of local crafts, like Mountain Goat summer ale and Two Birds sunset ale, as well as Pacifico and Peroni for some international flavour.

Food here is meant to be shared. Sliders, pizza and tacos all feature – obvious and perhaps off-brand, but they have long-standing experience as user-friendly bar snacks, so they get the job.

We’re not quite sure if this is more restaurant or bar, and neither are they, but it’s a hybrid that’s executed well, largely due to a fleet of friendly and knowledgeable staff. If you’re looking to chase the cool kids around town, this is not the place for you. Grungy small bars might be the flavour of choice in the Inner West, but the Botanist represents some of the North’s finer traits. It's relaxed, friendly, civilised... and very pretty.