Restaurants Woolloomooloo
3 out of 5 stars 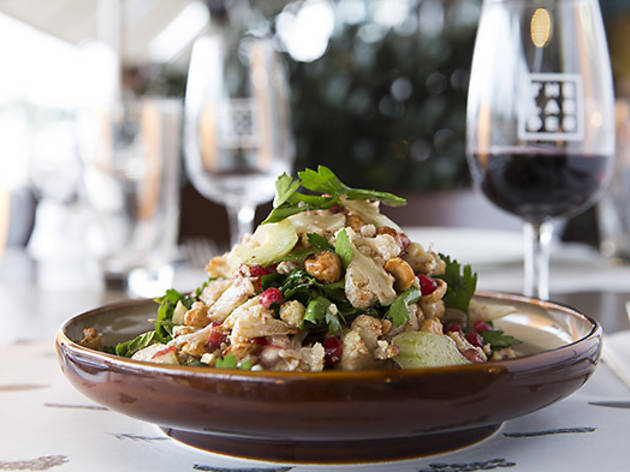 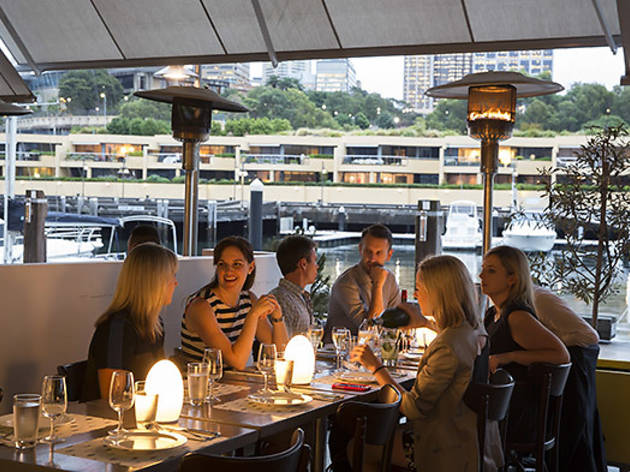 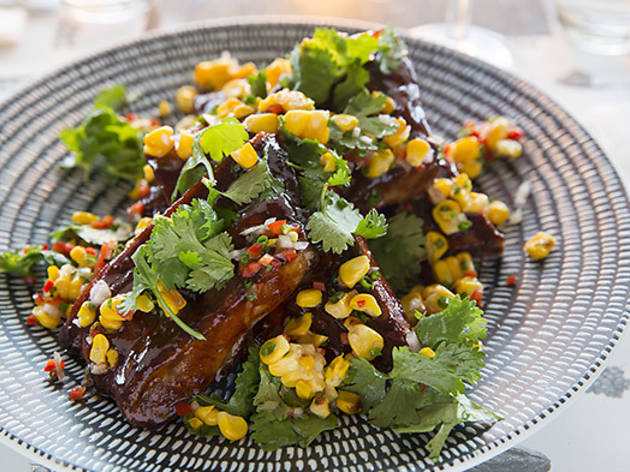 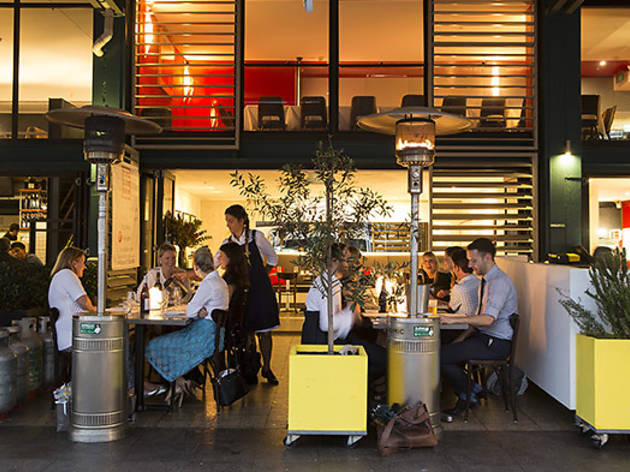 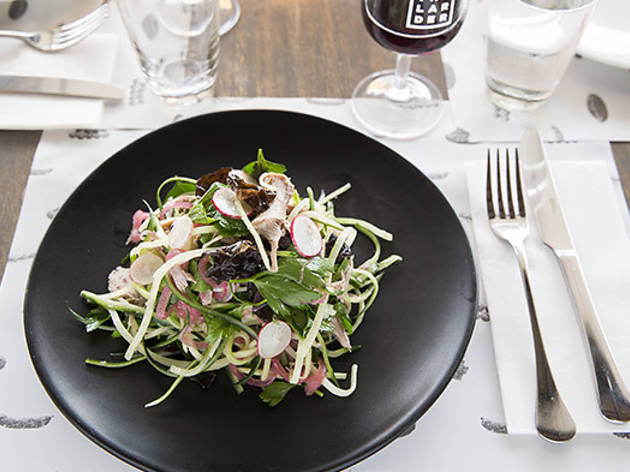 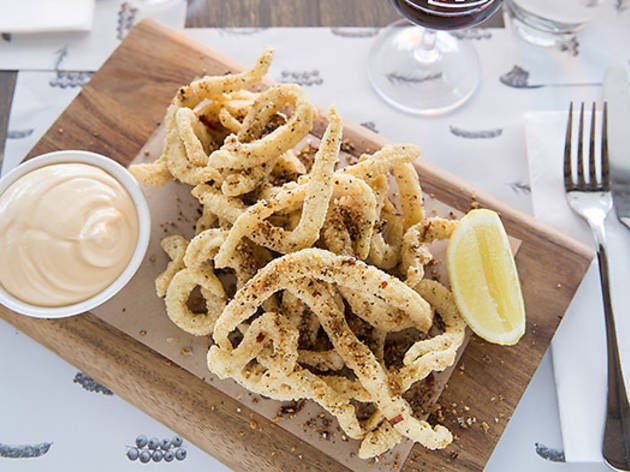 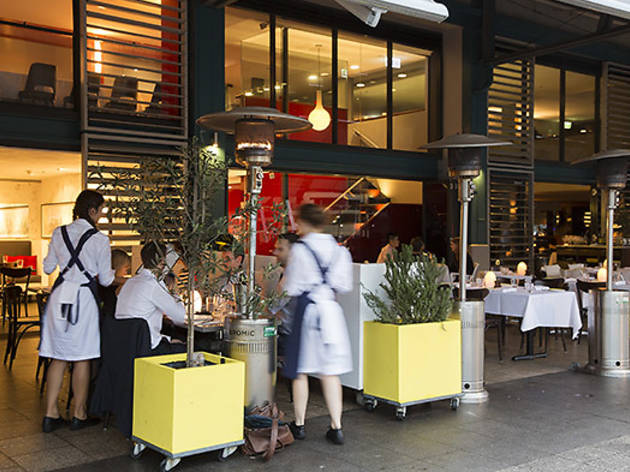 Million-dollar views at a wallet-friendly price? We're in

To walk down the wharf at Woolloomooloo wharf is to experience one of Sydney’s grandest entrances. In place of red carpet you must navigate the wide-set wooden boards and glide past the gleaming white linens and shinty Champagne buckets of the restaurants that line it. And now that fine diner Otto Ristorante has a casual offshoot, known as the Larder, you get the same five-star views – at a cut-price ticket.

The Larder launched in 2012 as a three-month, BYO-friendly pop-up. Its popularity eventually made it a permanent midweek opening, and now it’s open all week. Like other restaurants on the wharf, the space between Otto and The Larder is divided by a partition, except here the waiters and kitchen serve both sides.

What’s exciting is the promise of dishes from a notable kitchen without the high-end price tag, but this is not quite casual dining, either. The waiters are a perfect balance of friendly and professional when they are around – but as the sole diners on a Tuesday night, there are times we are completely alone as the waiters attend to Otto's far busier side.

There is a certain pointedness to the divide between the original and its budget counterpart. One dish that comes with black truffle over on the other side of the waist-high partition at Otto comes with black pudding on ours.

But what’s coming out of the kitchen is still special in its own right. Richard Ptacnik, the executive chef at Otto, applies a modern Italian lens to the classics. A 500-day grain-fed steak tartare special comes studded with capers and chives, a smear of smooth and creamy pickled artichoke emulsion, sprigs of parsley and nutty wedges of fresh baby artichoke. Unlike with more traditional tartares, there’s no egg yolk on top. It’s a share-plate kind of place, and our party of three jostles forks for the last bite.

A confit duck salad is tart with yuzu citrus; wood-ear mushrooms, julienned cucumber and shavings of radish add pleasing texture. For the kitchen’s take on Southern barbecue, you can get sticky pork ribs, made even sweeter by a corn salsa which provides juicy, fresh bursts to the glazed meat. It may be an ubiquitous Sydney dish, but the fried calamari is still pitch perfect – soft tendrils of squid with a properly crunchy, chilli-spiced coating served with aioli on the side.

A chocolate fondue is a one-way ticket to the 1970s, with a spread of fresh banana pieces, quartered strawberries and house-made marshmallows ready to be speared onto your prongs and submerged into a pot of cloyingly sweet melted chocolate. We like the retro intent but end up with the cheap sugar rush of a children’s birthday party rather than a vintage dinner party dessert. Perhaps some things are best left in the past.

All up, you’re getting Otto’s food, but without the fuss and at a fraction of the price. There’s no compromise on the quality of ingredients, even if truffles are swapped with black pudding. And it’s hard to argue with the wallet-friendly $7 per bottle BYO option. With a few minor tweaks to service distribution, this fine diner’s casual outpost is just the ticket for a relaxed weeknight meal in a five-star setting.