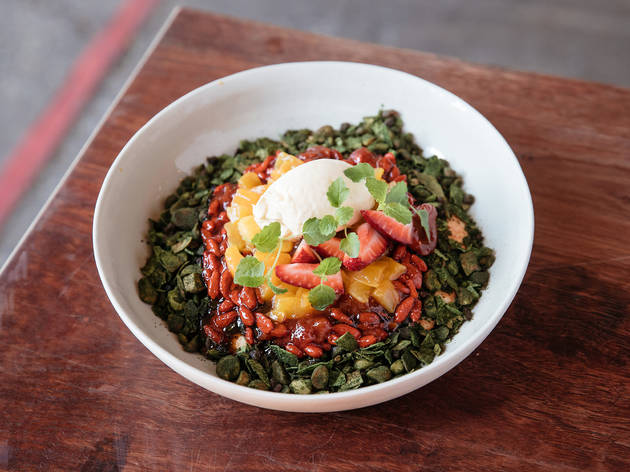 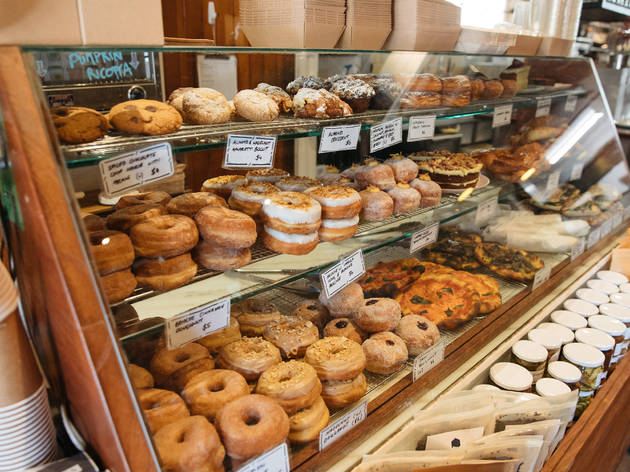 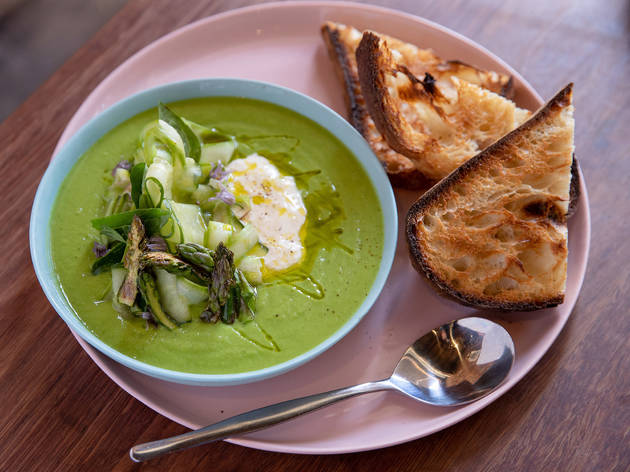 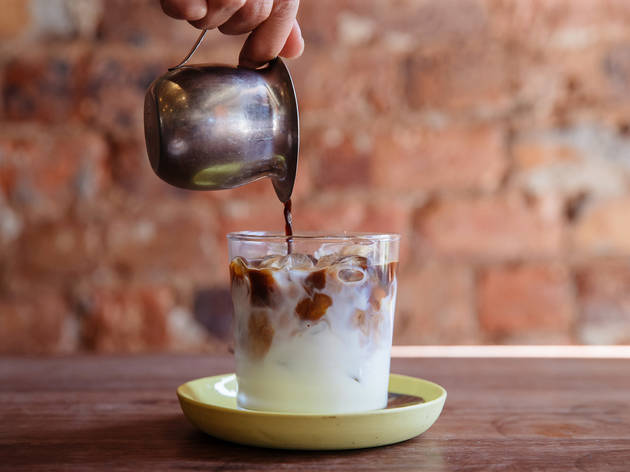 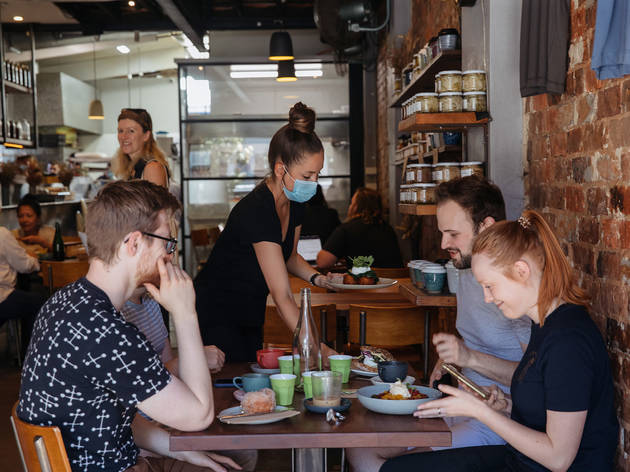 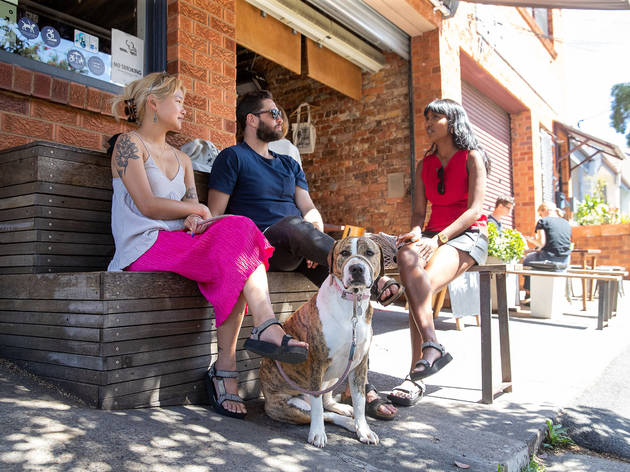 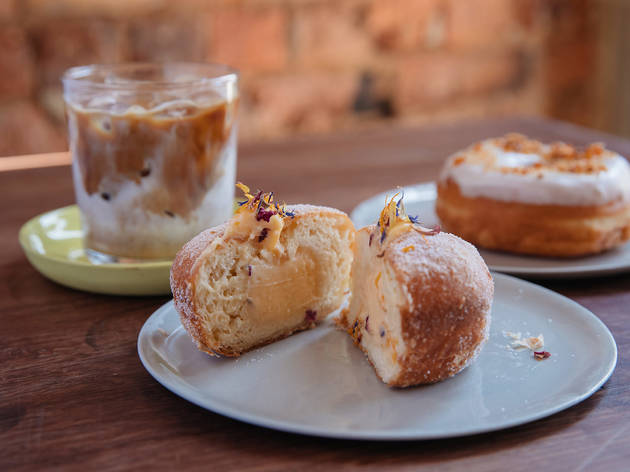 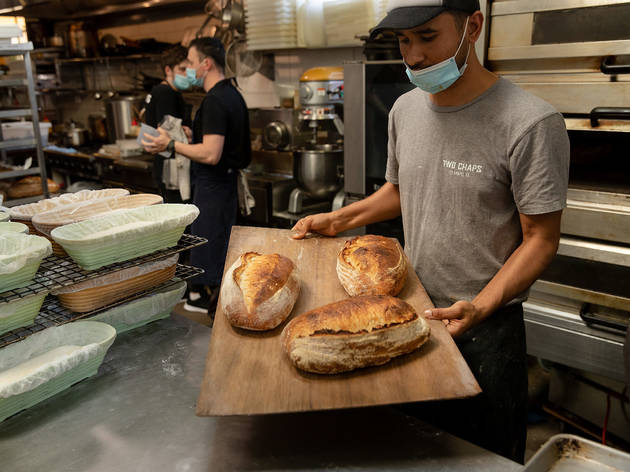 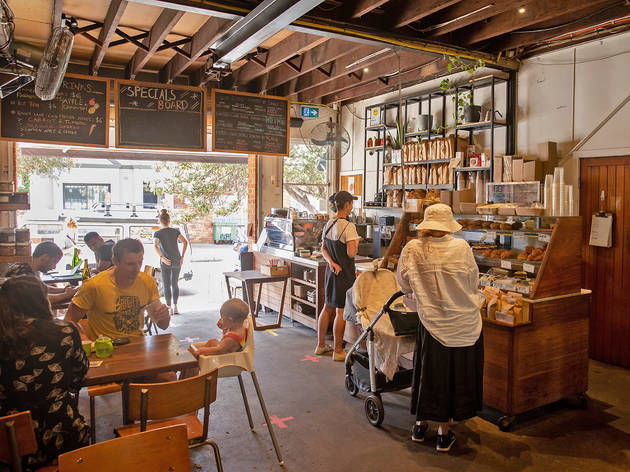 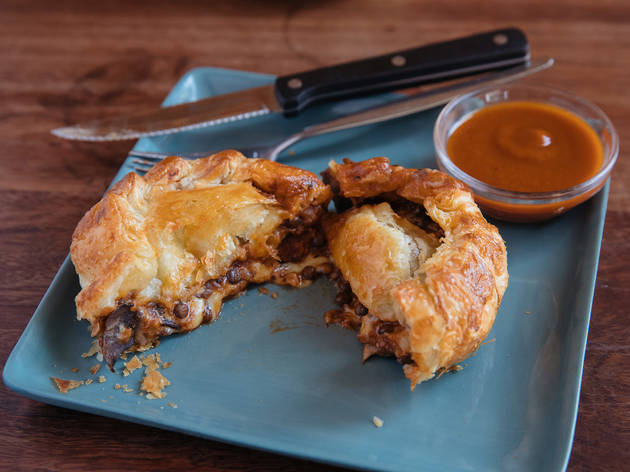 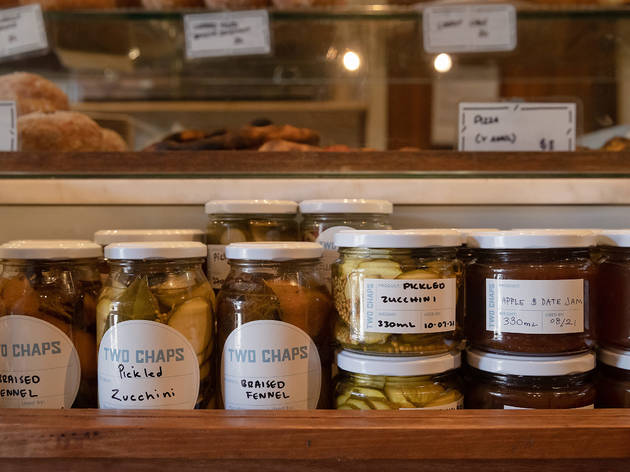 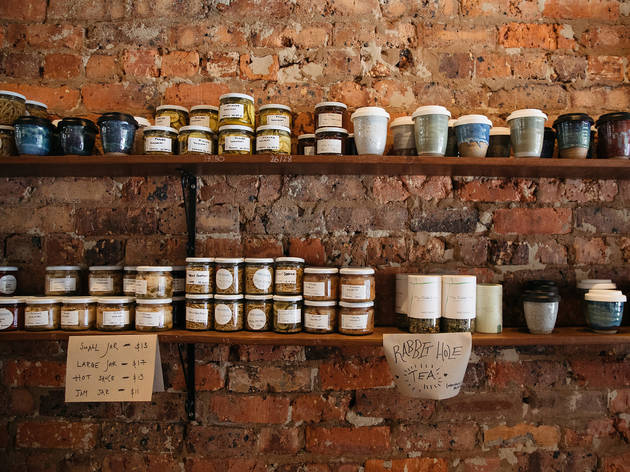 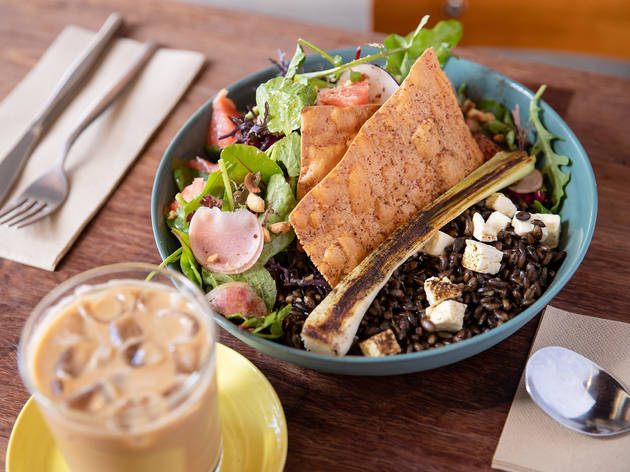 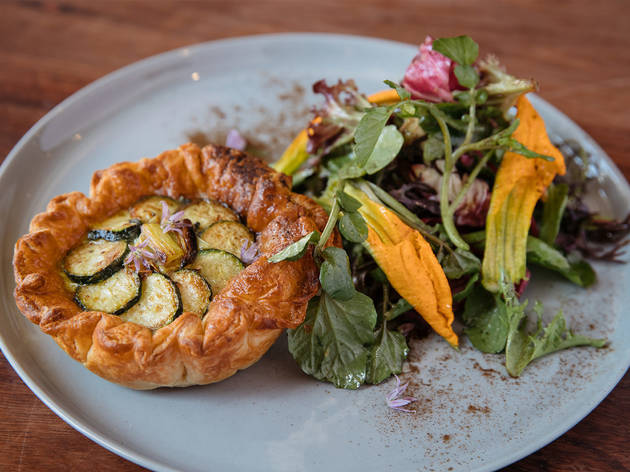 When this café-bakery opened in Marrickville in 2014, it was an outlier. There were a few vegetarian cafes at the time, but what was rare was a meat-free venue opening without marketing itself as vegetarian. Two Chaps wasn’t branded with botanicals; it wasn’t particularly health-focused; and the terms ‘vegetarian’, ‘meat-free’ or ‘plant-based’ didn’t appear on the menu, or anywhere else in the venue. It was just a good café that didn't serve meat, and back then, this was almost unheard of.

That’s the origin story. Six years later and the two chaps who started the business are no longer around. There have never been any ‘under new management signs’ though, and there didn’t need to be. Almost everything that was ever good about this place is essentially the same. The same collection of recycled furniture; the same easy-going staff; the same dedication to making everything onsite (bread, pastry, pickles, jams, sauces, pasta, sodas and more). They still do evening set menus with handmade pasta Thursday to Saturday, and the seasonal produce still comes from legendary veg merchant Shane Roberts.

What is new? A new team led by Shana Meegan (ex Bathers Pavilion and Jamie’s Italian manager), more additions to the retail section, and a revamped coffee offering featuring a blend of Single O beans for milk coffees and a rotation of different local roasters for black. The menu has grown into something a little more elaborate, too. Subtly marinated tofu with savoury tapioca pearls, miso-braised cabbage, wasabi cream and almost chip-like roasted squash is the best example. The locally-famous hash browns and sourdough crumpets, both menu staples, rotate through an enormous variety of different sides and toppings. When we visit the crumpets were paired with goat’s cheese, and the dressing was one-part saffron and citrus marmalade and one-part tarragon. Previously it’s been matched with parmesan custard and native plum relish. In winter, when the pie oven is in pride of place, there's an extraordinary mushroom ragout pie with optional cheddar cheese, and in summer it's a seasonal tart. There are yeast-raised vegan doughnuts, famous hash browns and a wild-ferment sourdough baked with organic wholegrain milling flour.

But the best thing to come out this café-bakery is its legacy of changing Sydney’s perceptions of what vegetarian dining can be. Critically, they've helped shift opinion away from the idea that absence is its defining feature, rather than the many delicious gains to be made when you swap a bacon and egg roll for a fried egg sandwich with a fat field mushroom stuffed inside. An equal exchange of flavour and satisfaction means you don't even have to tell anyone there’s no meat on the menu, just that it’s a good place to eat.