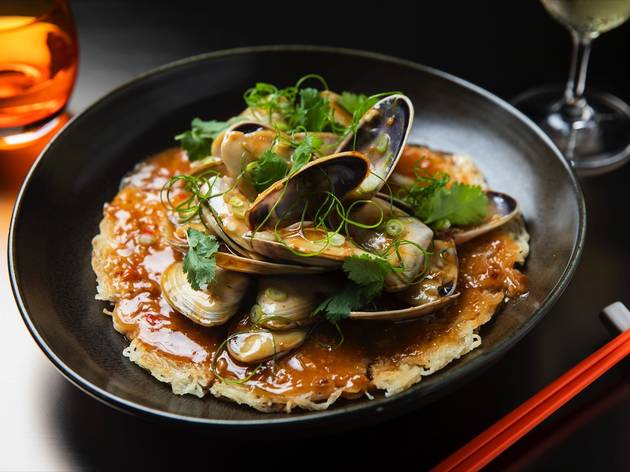 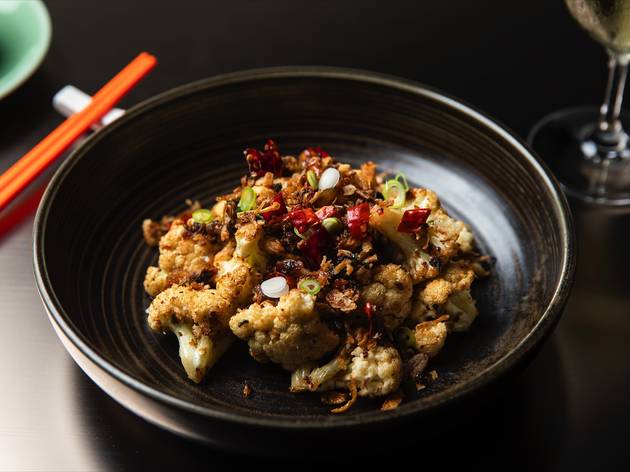 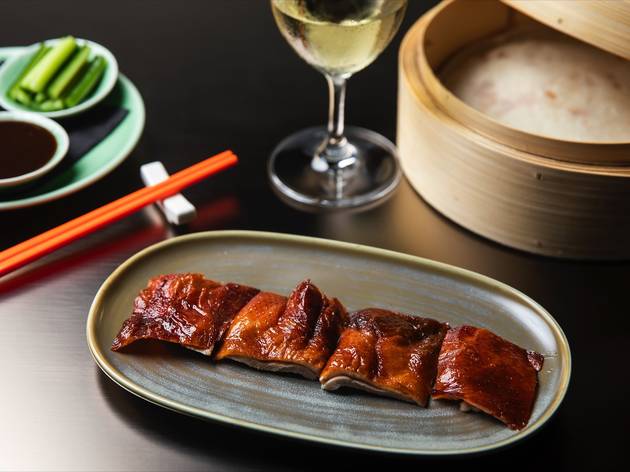 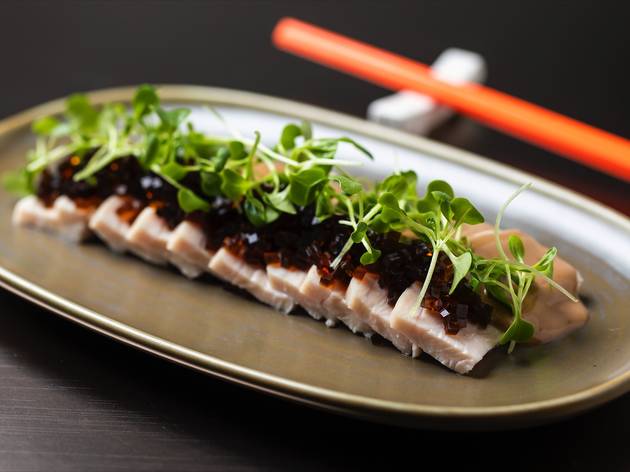 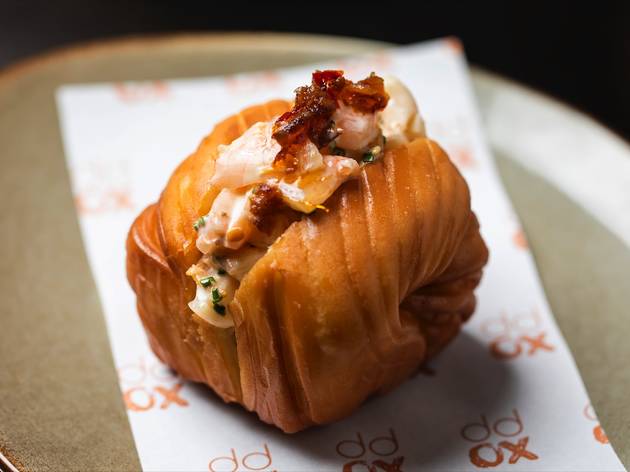 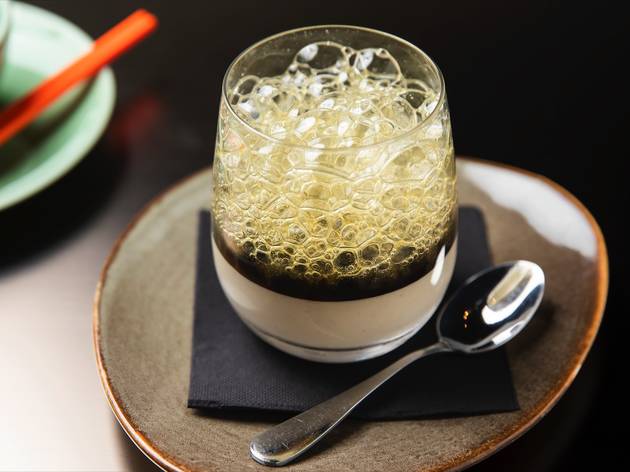 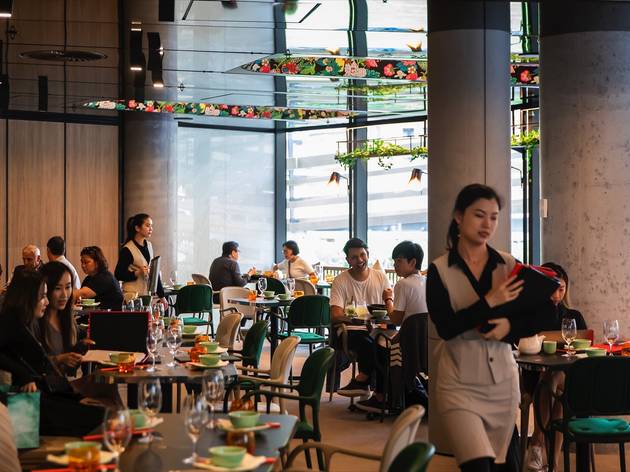 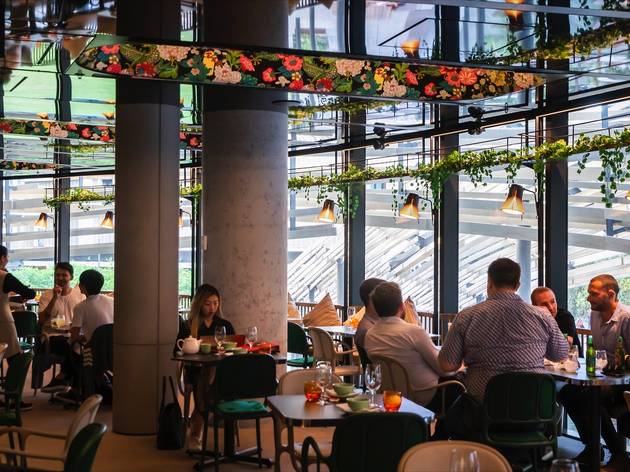 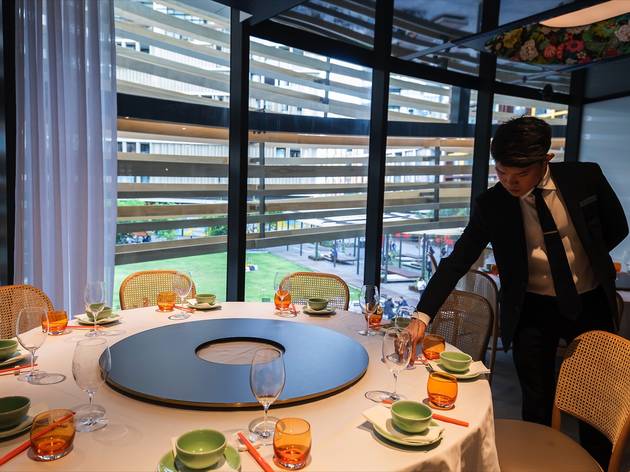 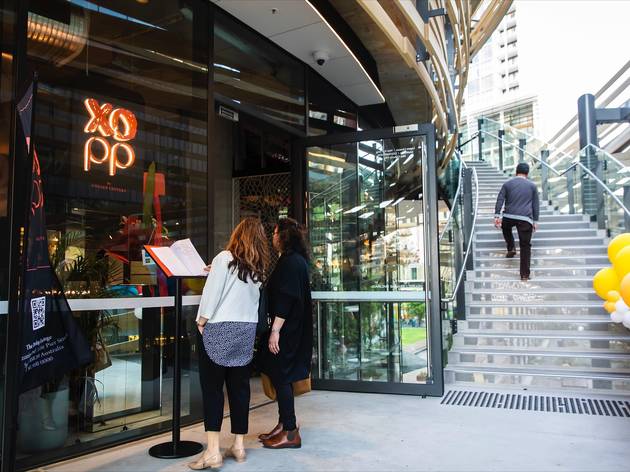 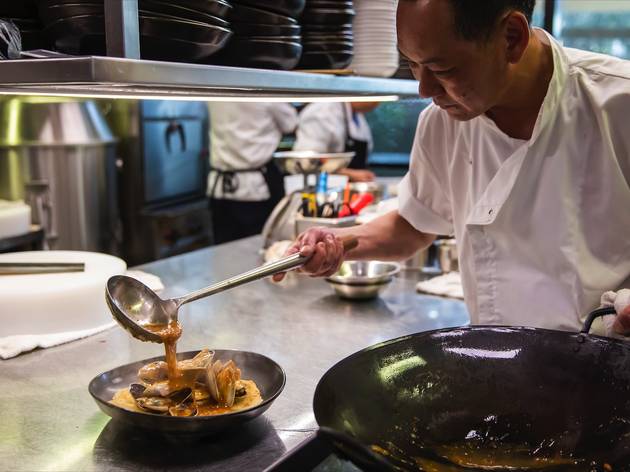 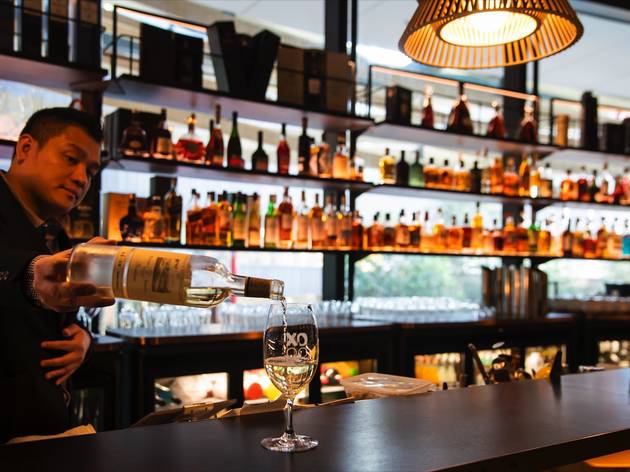 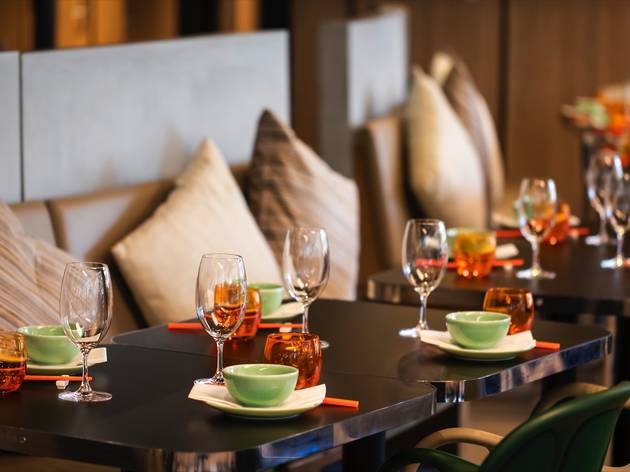 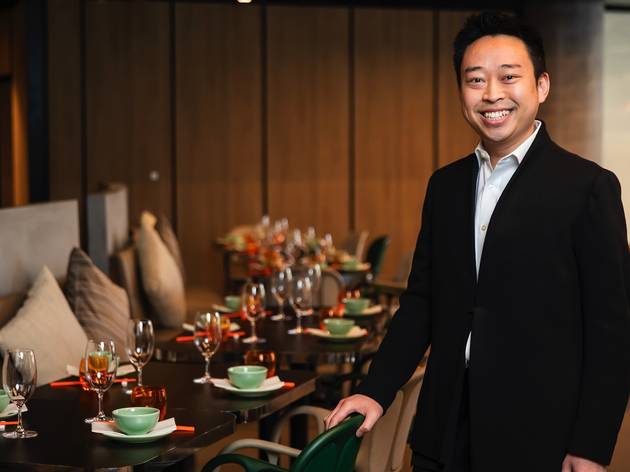 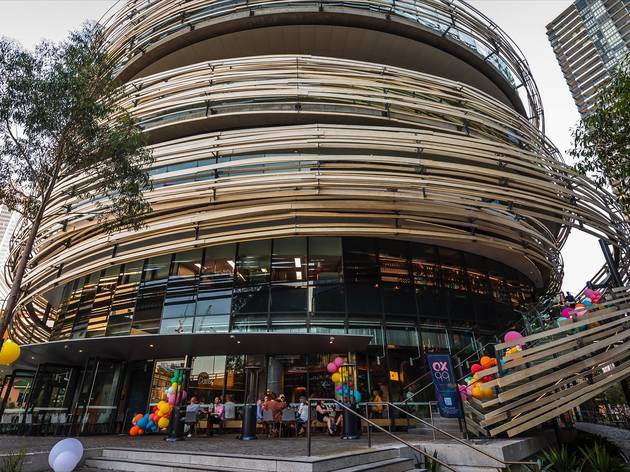 Breathe a sigh of relief: the pippies in XO sauce at XOPP are just as good as they are at Golden Century. And that’s a damn good thing, because it would be pretty awkward if the dish that inspired the awkwardly named (say it slowly, one letter at a time) and eagerly anticipated spinoff of the Chinatown institution were not up to scratch. The steamed clams are textbook tender, the shimmering amber sauce just as mystifyingly complex, and, of course, the addition of springy vermicelli noodles or crisp Chinese doughnuts (or both) remains vital. To order this dish is to remind yourself why it is a bona fide Hall of Famer on the Sydney dining circuit.

Look beyond those pippies, however, and the comparisons are few and far between. Yes, servers still sport name badges, wine fridges are well stocked with Aussie icons, and you can order a bowl of unforgettable hot-and-sour soup, salt-and-pepper squid, two courses of Peking duck or the famous beef tendon hotpot –­ but XOPP is fundamentally different from its predecessors. Up here, in the strangely semicircular space on the first floor of Kengo Kuma’s cyclonic Exchange building, there’s hardly a tablecloth or a fish tank in sight. The lights aren’t set to clinical brightness. Most of the tables are oblong shaped, set with pale jade porcelain and carrot-coloured chopsticks. There’s even a bar with a separate snack menu and the offer of a wicked jasmine bubble tea panna cotta for dessert. Try not to panic.

Dive straight in and start from the very top of that snack list. You’ll be rewarded with a pair of gloriously golden fried mantou buns, split in half, stuffed with sweet prawn meat coated in XO mayonnaise and crowned with an exclamation of XO sauce. Hooley dooley. Suddenly, the prospect of chicken liver and shaoxing wine parfait makes sense. The sherry-like cooking wine reinvigorates the old standby, imparting sharpness and a caramelised complexion made all the more compelling when spread on airy segments of those savoury Chinese doughnuts. There’s far less East-meets-West commotion in a plate of outrageously crunchy deep-fried pork ribs brushed with red bean curd, but no less excitement. Add a Tsingtao or three, and you’ve got a promising night ahead of you.

There’s a changing of the guard taking shape here, both literally and figuratively. Billy Wong, son of GC founders Linda and Eric Wong, is the one running the show, and there’s next-gen panache aplenty all around. Gone are the garlicky cucumber logs that kick off every great meal at the Sussex Street HQ, replaced instead by a hillock of submissively soft and subtly smoky chopped tomatoes. White-cut chicken, meanwhile, benefits from the addition of a ruthlessly delicious sesame sauce and teensy cubes of densely flavoured black vinegar jelly that unleash an eyebrow-raising hit of acid. And if you’ve ever wondered whether the Typhoon Shelter treatment works on anything other than shellfish, order the cauliflower and see for yourself. In such capable hands, just about anything would benefit from a deep-fried rubble of garlic, chilli, shallots and fermented black beans.

Questions about the glossy food-court atmospherics or service that sometimes trips over itself in its eagerness to please might cross your mind. Before they clog it, ask yourself why Golden Century holds such a special place in this city’s heart. Is it because of that boardroom-cum-banquet hall décor? Those blinding fluorescent lights overhead? The hyper-efficient service that borders on the militant? In some ways, maybe. But mostly it’s because morning, noon or (late-late) night, your go-to order always hits the spot like so few others ever do. XOPP not only indulges that unending romance with those tried-and-true Cantonese classics, but also gives us a few new reasons to fall in love all over again.