You don’t expect much from a food truck – some quick tucker in the wee small hours, maybe a burger, some tacos, or a slice of pizza. But that was before Yang’s Malaysian Food Truck came along. Because this is food you don’t just want to grab when you’re passing by. It’s the sort of food you need to seek out.

Luckily, the City of Sydney have made this pretty easy for us, with their new free app, Sydney Food Trucks. Download it and you can find out which food trucks are on Sydney streets over the coming week, and where they’re going to be. Handy, right?

At Yang’s, it’s all about Malaysian. Good roti is hard to find outside of Mamak or PappaRich, but these guys know the drill. Unlike Mamak’s light and airy jumble of pastry, though, here it is thick and layered, breaking off in buttery, flaky shards. You can have it topped with chicken and sweet potato, or with dahl, and we love the veggie option. The soft lentils have been cooked to a consistency that is thick enough to hold in the roti if you choose to roll it up taco-style (we recommend it). The dahl is positively humming with cumin, and a light salsa on top keeps things clean. Who needs meat?

The nasi lemak is great in theory: white rice covered in chilli sauce for spice, with sides of dried anchovies and peanuts for salt, and a half-boiled egg for creaminess. Unfortunately, the fish and nuts aren’t quite salty enough to counteract all the under-seasoned rice and sauce, so it turns out a bit bland. The little sea salt sprinkled on that yolk sure does look pretty, glittering in the sun, but it ain’t cutting it overall.

Better to order the crab. At $9 the soft shell crab is by far the most exxy thing on the menu, but that is not to say don’t order it – far from it. In homage to Singapore chilli crab (but at a price you can actually afford) it’s served fried – all white meat within the claws, and briny, brown meat in the body – alongside two crisp-edged, pillowy mantou (Chinese bread balls), and a thick, spicy, fresh tomato sauce. Give this to us any day of the week – hell, any time of day – and we’ll be happy crabsters. Hot tip: eat this dish straightaway, before limpness ensues (we’re looking at you, cucumber cubes).

Hungover? Then skip all the freshness and get the laksa. It comes in a large coffee cup so there’s none of that messing-around-with-bowls-while-standing-up nonsense. It’s really more like a curry than a soup, it’s that thick and full of goodies. There’s soft, shredded chicken; plump cubes of fried tofu; crunchy bean sprouts; both egg Hokkien and vermicelli rice noodles, more of that limp-ass cucumber (why, Yang’s, why?) all brought together by a fat-rich, coconut-based sauce that sings of turmeric, garlic and lemongrass. If the layer of melted fat at the top of the cup freaks you out, just lob it into the bin. But if you’re anything like us, you’ll be stirring that flavourful nectar right on in.

On the side, order a “teh tarik” (Malaysian milk tea) if it’s cold out - it’s sweet and warming and makes you feel like you’re on holiday in Asia. But if it’s hot, we’re eyeing up the iced Milo swirled with Hershey’s chocolate syrup.

Yang’s, it seems, is no ordinary food truck. We’d even go as far to say that it is the food truck that food trucks were invented for: serving up fresh, delicious fast food, that satisfies a hunger without ignoring the palate. It’s cheap too, although we’d recommend ordering two plates per person if you’ve got a hefty appetite, as portions are petite (with prices starting from $5 per plate when we visit, that seems fair). Flavour is packed into just about everything, and the food feels like it has been prepared carefully, maybe even with a little bit of love. Now that’s something worth travelling for. 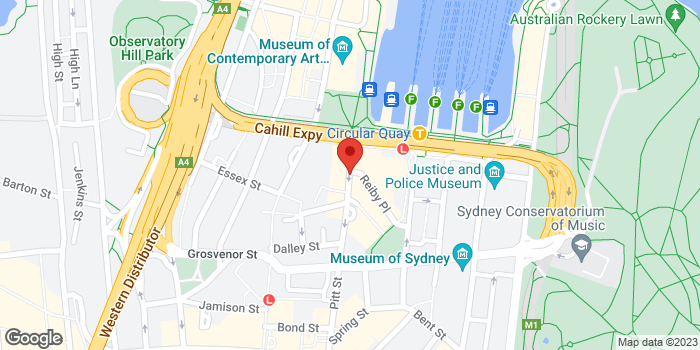