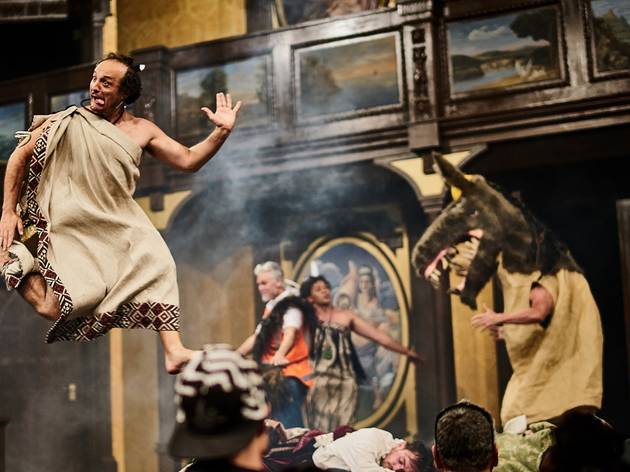 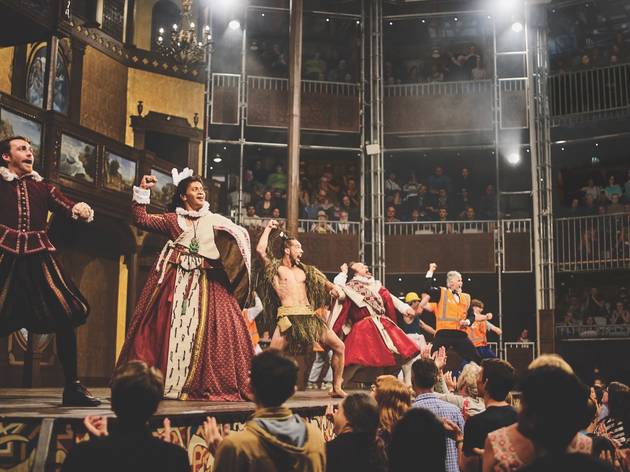 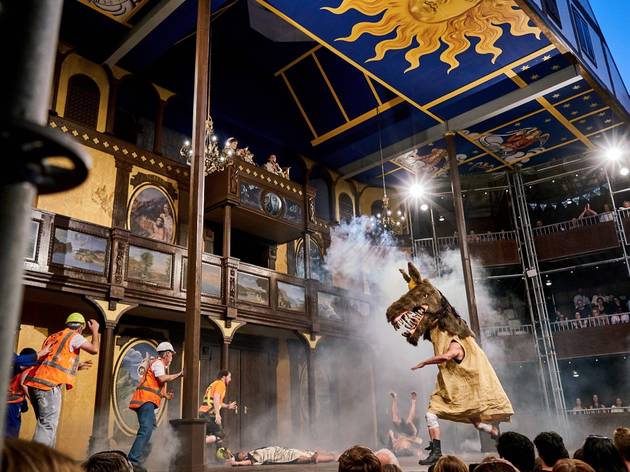 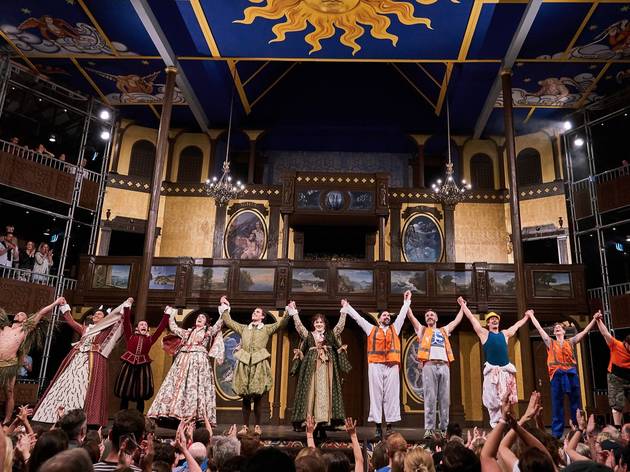 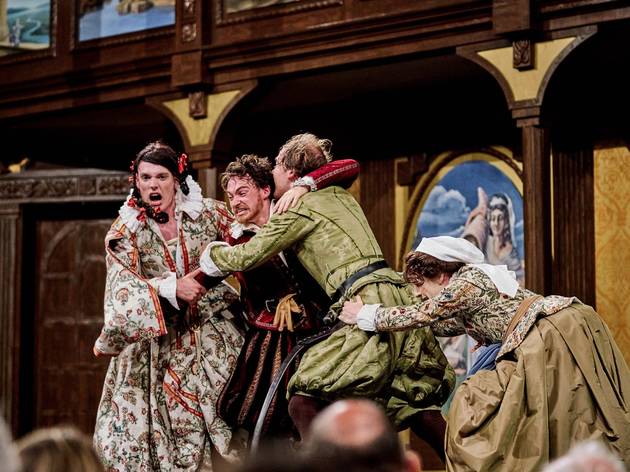 It’s near impossible to get a real sense of what audiences might’ve felt when they first saw Shakespeare’s plays. he way we experience the drama today is miles away from how it initially burst onto stage: we either read the plays in classrooms or sit in darkened theatres listening closely to every word with a reverent silence. And the language a bit of a stretch for contemporary ears.

It can be hard to believe that people used to go to Shakespeare for fun.

But the experience of seeing a show at the Pop-up Globe – and believe us when we say it is an experience – gives you a bit of an idea as to what it might’ve been like to be in that “wooden o” back in the 17th century. You might start to understand why people become so invested in the Bard’s plays.

The productions are physical, funny and smash the fourth wall apart to reach out to the audience. In return, the audiences are usually appropriately rowdy – or at least they have been the times we’ve been there – and cheer, boo and hiss along to the action. It’s a little like a panto for adults; drinking beer and eating popcorn in the theatre is totally acceptable.

The theatre itself, a 900-seat temporary recreation of the second Globe Theatre, is a fascinating and transportive place to spend a night. It’s a little like a time machine, but the performances are brimming with so much life – and are littered with contemporary comedy and references – it never feels like a stuffy backward-looking academic exercise.

A Midsummer Night’s Dream is a good place to start for those wanting to find the fun in Shakespeare. It’s maybe his best-known comedy and the clearest choice for a total Shakespeare newbie of the four shows being presented in this Sydney season.

The Pop-up Globe comes from New Zealand, so director Miles Gregory has incorporated Māori costuming, language and culture into the play. It’s all done in a courtly, Elizabethan style, but there’s something more spiritual happening in the forest where our four lovers end up losing themselves.

Those lovers are played by the wonderful Max Loban (a gentle and fair Hermia), Thomas Wingfield (a slightly less fair but very sympathetic Helena), Will Alexander (an intensely passionate Lysander) and Patrick Carroll (the perfect douche bro as Demetrius). They make a wonderful comedic foursome.

Half the shows in the Sydney season are performed by an all-male company and half by a company of male and female performers. It’s a nod to how the plays were done in Shakespeare’s time, although it’s understandably angered some audiences.

At least the drag on show in A Midsummer Night’s Dream is exactly what you want drag to be: it mocks the performance of gender but stops short of mocking women.

There’s also great work from Jade Daniels as Puck (the fairies speak almost exclusively in Māori, but it’s all easy to follow), and the tradie-styled mechanicals who stage a hilarious play-within-a-play, led by the preening showpony, Bottom (Chris Huntly-Turner).

There are times when it’s not the most sophisticated take on Shakespeare, and the production really doesn’t deal with some of the darker or potentially problematic parts of the material (let’s not forget that the king of the fairies punishes his wife for being disobedient by drugging her and forcing her to have sex with a donkey). But it’s hard to be cynical when you’re part of an audience so caught up in a piece of theatre they start to sound more like the crowd at The Jerry Springer Show than well-heeled theatregoers.

So go ready to be vocal and involved. But a serious word of advice: if you’ve bought a standing ticket in the yard, make sure you don’t wear your best clothes. There’s so much blood splattering out across the audience that you could feel a little like you’re splashing down a log ride. The whole experience is about as thrilling as one, too.

Also at the Pop-up Globe:

The Comedy of Errors
Macbeth
The Merchant of Venice