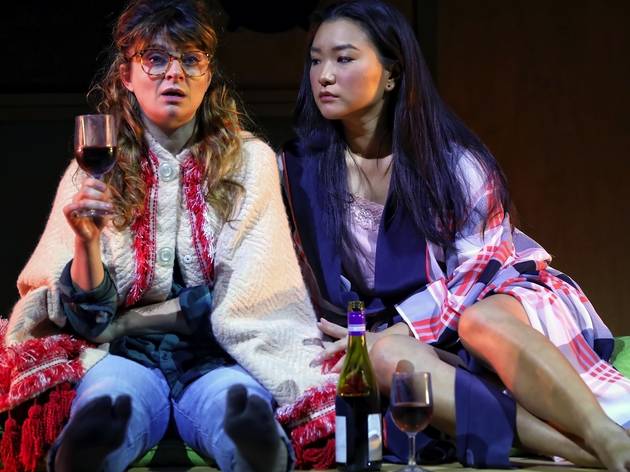 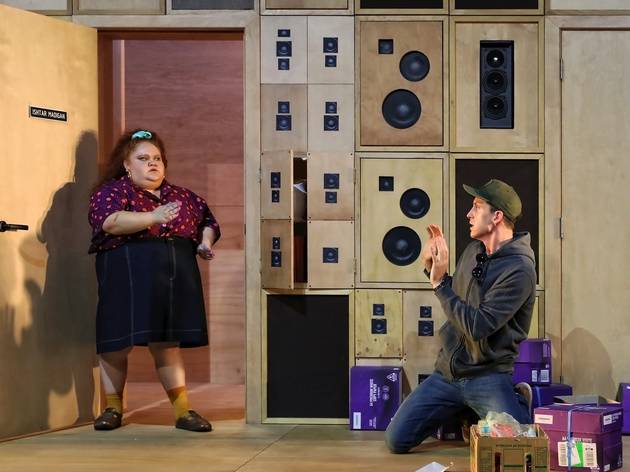 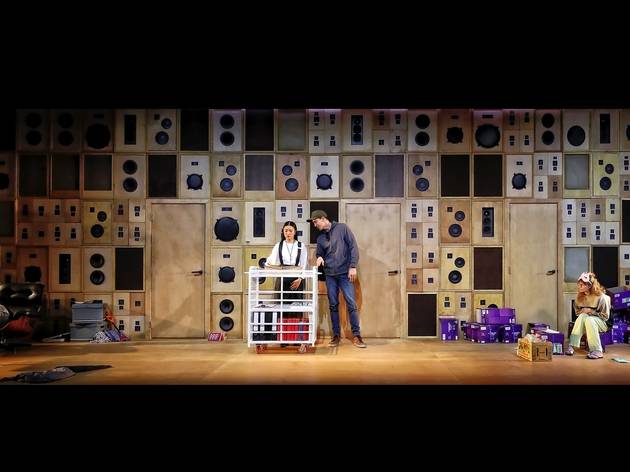 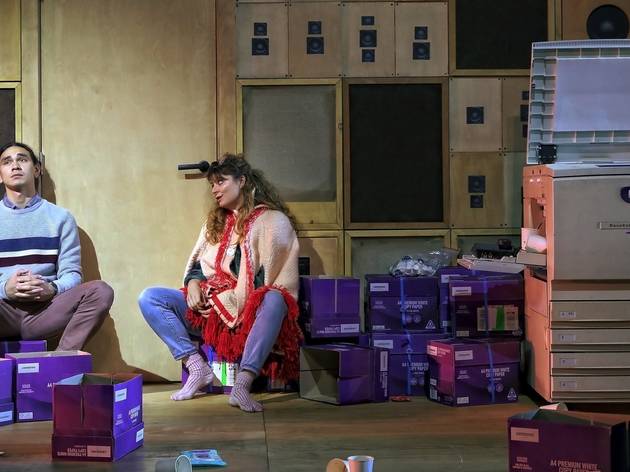 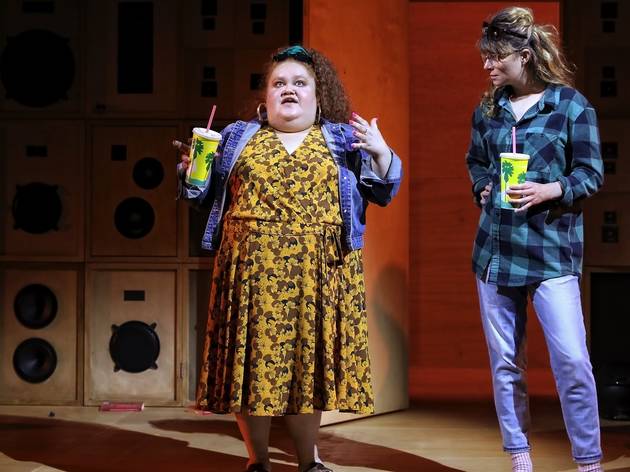 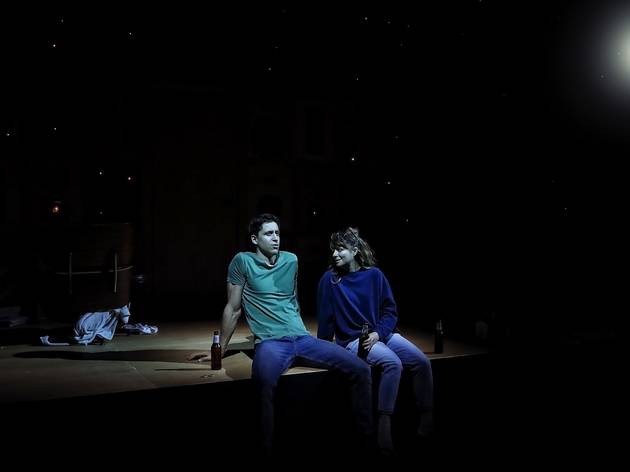 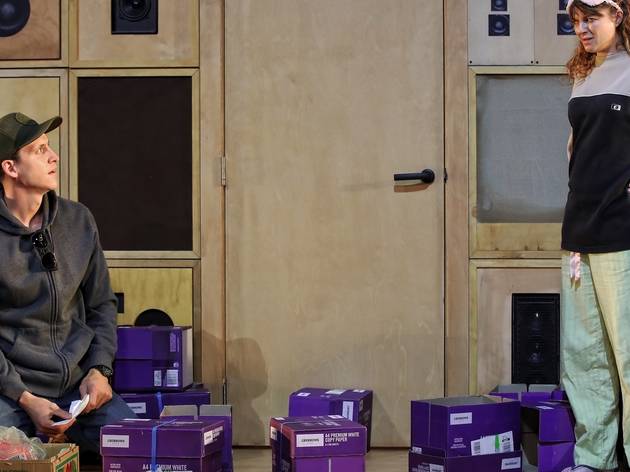 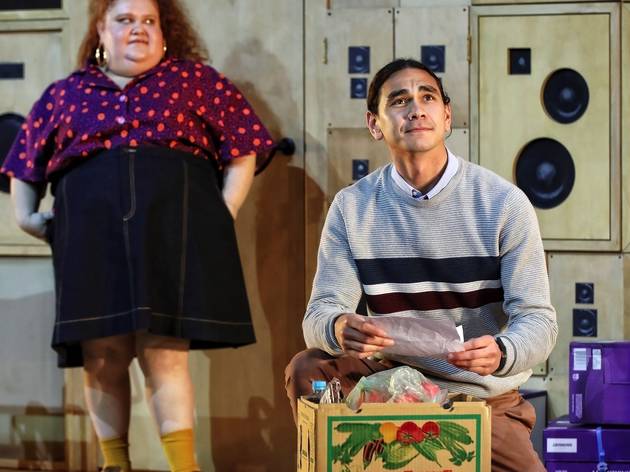 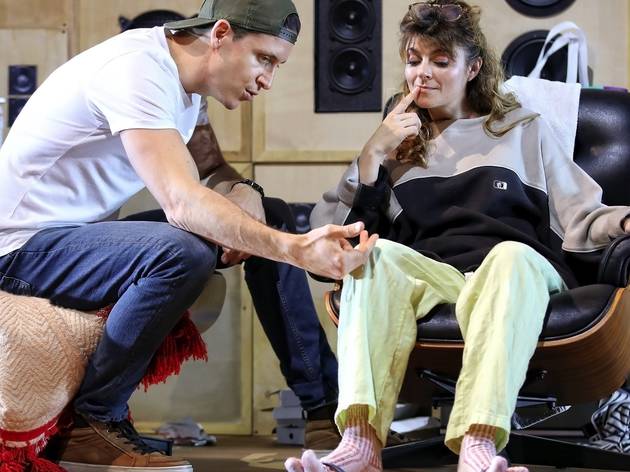 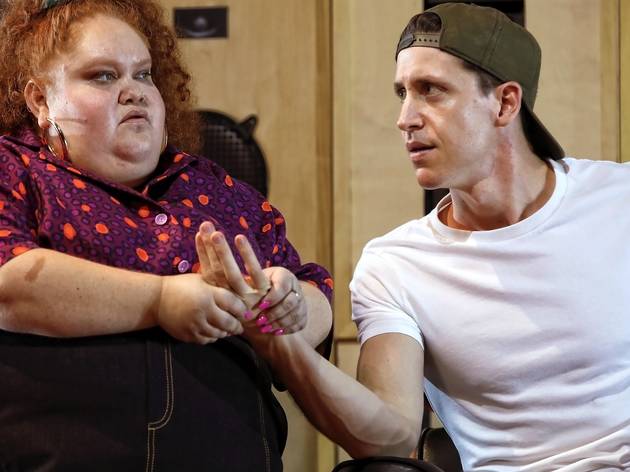 It’s a screwy, platonic meet cute of sorts: a professional pick-up artist who thinks women can be “landed” and a feminist academic who’s been sunk to her lowest by destructive misogynistic internet culture. But in Banging Denmark, Van Badham’s snappy, perceptive play, it’s a winning match. With blazing shouting matches and astonishingly good retorts, this is smart comedy at its best – one that doesn’t shy away from intellect nor a gleeful kick to the shins of a self-righteous patriarchy that sees the conquest of women as a game.

The play opens on the mastermind behind it all – Guy DeWitt (TJ Power), a salacious podcast host by night for what he smugly calls a “holistic sexual service”. Spewing boorish advice like “she will break and you will win”, Guy cultivates a toxic male tribe that relishes in the objectification of women for no-strings sex. Of course, along the way he’s broken a few hearts and ruined a few lives: one notably being Ish Madigan (Amber McMahon), a baby cucumber-loving PhD candidate who speaks out against him, sparking a sexist online campaign against her (Reddit threads and all) that has her living out of a scrappy office copy room. Surrounded by empty cardboard boxes and in utter financial ruin, Ish’s life now in tatters. So much so that when Jake Newhouse comes knocking on her door, seeking her help to win over a girl for money, she can’t help but say yes. The twist? By day, Guy goes by Jake, and his carefully curated gambits on his latest catch aren’t working.

The contradictions of these polar-opposite characters caught in this unlikely mentor-mentee relationship, both driven to desperate ends, lends the play its most fascinating and playful moments, and keeps the story steamrolling ahead with quickfire ease. How does Ish reconcile her feminist ideals with the blurry line of playing with a woman’s consent? What happens when the cracks of Jake’s ultra-confident alter-ego begin to show? And at what point does he have to lay out his vulnerabilities? These conflicts result in them often bumping heads, inciting some skewering dialogue that’s rarely not entertaining – and the titles projected over Reneé Mulder’s impressive set of box-stacked speakers provide an amusing addition to what’s happening inside the play’s scenes.

It certainly helps that Badham’s script is bracingly fun and real, with the words flung between the central pair often crackling like fire – and even more satisfying when the constant zinger comebacks land like little bombs. There’s also a mature, thought-out complexity here in the conversations (and many times, arguments), and the writing isn’t afraid either to carve out a believable authenticity for its characters underneath that acerbic wit. It would be easy to expect either complete light-heartedness or solid didacticism here, but the play doesn’t fall into either trap – instead grounding this implausible plot with learning and organic character development, without sacrificing any of its sparkling humour.

Jessica Arthur directs this production and cast with a refreshing precision – finding that perfect balance between the play’s high-energy intensity and vibrant comedy. There’s times where Badham’s words do the talking alone, but also others where the actors locate that golden moment and bring it home with excellent comedic timing. McMahon is the star player here, and she embeds Ish with a sometimes misguided, but always likeable shrewdness – while Power gives Jake a beguiling quality, even when he’s trying to defend his often deplorable behaviour. The subplot of Denyse and Toby as Ish’s friends, trapped in a friend-zone cycle, doesn’t come through as convincingly, though Megan Wilding and Patrick Jhanur throw in some charming, sweet comic relief (particularly Wilding who steals scenes with her boisterous facial expressions). And Michelle Lim Davidson is exactingly funny as the hard-as-nails Anne, the Danish librarian who becomes the frustrating antithesis to Jake’s set of tactics.

There’s loads to love about Banging Denmark, but the original writing and performances that fit astutely in the millennial era really make this one shine. Go in for the eyebrow-raising, fantastical premise – and stay for the enjoyably delightful outcomes.