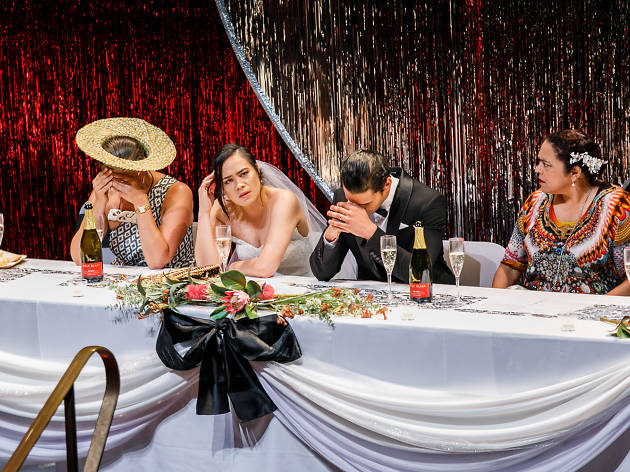 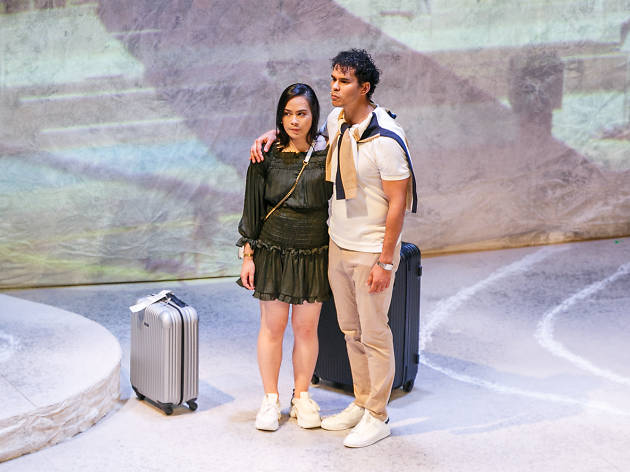 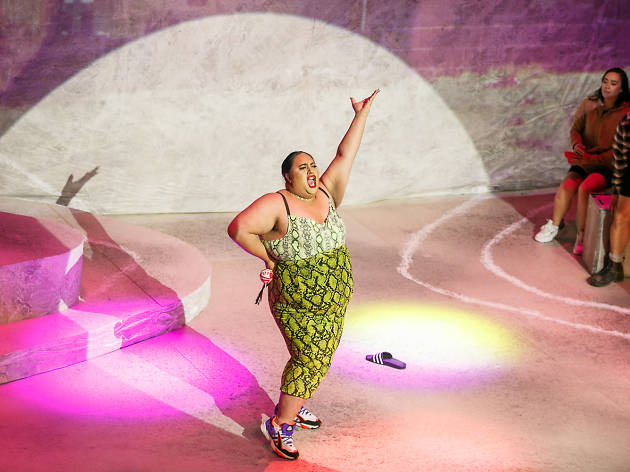 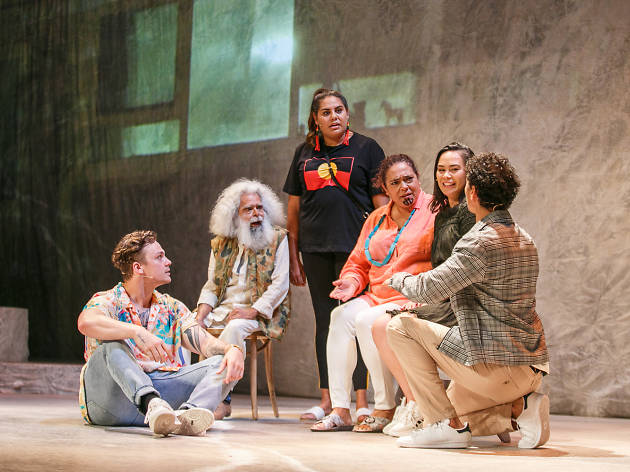 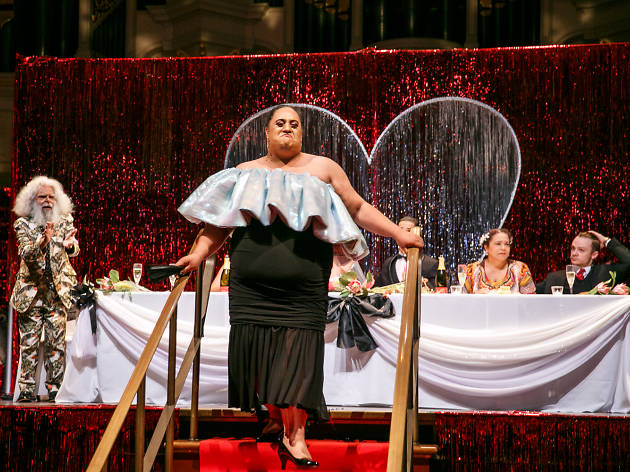 Young love is one of the most beautiful things in the world, but since well before Romeo and Juliet, the theatre has shown us just how much families can screw things up. When the tension between two families stems from decades of dispossession and a desperate need to protect one’s culture and legacy, things can become even trickier.

That’s the central dilemma at the centre of Black Ties, a new romantic comedy by Aboriginal and Torres Strait Islander Ilbijerri Theatre Company and Māori Te Rēhia Theatre, having its world premiere season at Sydney Town Hall as part of Sydney Festival. Written by John Harvey and Tainui Tukiwaho, the play follows Hera (Tuakoi Ohia), a Māori woman, and Kane (Mark Coles Smith), an Aboriginal man, who try their best to hold on to the love that brought them together as their families do their best to drive them apart.

There’s a brilliant ensemble cast of scene-stealers as the brothers and sisters and friends who make things such an ordeal for the young couple, most notably Dalara Williams as Kane’s sister Aletha and Brady Peeti as Hera’s best friend, whose feuds win laugh after laugh. Kane’s social media-savvy Uncle Mick (played with appropriate gravitas and an enormous amount of fun by Uncle Jack Charles), is just about the only family member fully supportive of the relationship, while Hera’s father Robert (played endearingly by Tukiwaho) proves himself to be a lot sweeter than Kane initially anticipates.

Really it’s their mothers (Lisa Maza and Lana Garland) – who’ve raised their children with an enormous amount of love and love for their cultures – who are terrified that they’ll lose their children, and those children will lose touch with their culture. The cultural legacy that they’ve passed down might not move forward. It’s a pretty legitimate fear when the world has done its best to disconnect your family from their culture by stealing away children.

Co-directors Rachael Maza and Tukiwaho draw fine performances from the cast and bring a strong sense of both New Zealand and Australia to the stage (thanks to Jacob Nash’s set design). Coles Smith and Ohia are perfect as the young lovers; their connection feels genuine and you really want them to succeed. But the first act is very messy; performances haven’t calibrated to each other properly, passages of the script feel a little forced, and there were too many sound problems and missed microphone cues on opening night.

But the second act begins with one of the most impressive surprises we’ve ever experienced in the theatre, which totally changes how you view the show and relate to the characters within it. It’s quite ambitious and you can suddenly understand why things might’ve been a bit rushed in rehearsals for the first part of this story. We’re not going to spoil it, but it’s in the second act that this show hits its stride; the comedic beats hit harder and the chaos that feels unruly in the first act becomes essential in the second. Suddenly, the show becomes irresistible.

Some of the stickier issues that come up in the first act are resolved a little too easily in the end, but maybe that’s the sort of optimistic tonic we need right now. Maybe we need to see how a little more love and goodwill can help heal wounds in an increasingly divisive and fractured world.

The general allocation of tickets for Black Ties is now sold out, but you can still purchase day-of tickets via Tix for Next to Nix on the TodayTix app for just $31.