After taking Sydney and Melbourne by storm, this bonafide '90s musical is returning to Sydney for a saucy encore season as it saunters along a 2023 east coast tour.

It shouldn't work, and yet, this so-wrong-it's-right show rips the script from a problematic favourite '90s flick, injects it with a jukebox full of era-appropriate pop hits, and turns out a hell of a good night at the theatre. Cruel Intentions: The ’90s Musical is bringing its best boy band dance moves to the stage at Riverside Theatres in Parramatta from February 2 to 12. Tickets are on sale now. Read on for our four-star review of this sexy, pop-powered production:

The wigs look inescapably like cheap, shiny party store fodder. For the most part, the actors all look conspicuously older than the teenagers they’re portraying. The lines between irony and sincerity are so blurred that it's impossible to know if this a magnificent work of satire or a so-bad-it's-good guilty pleasure. But either way, we were here for campy, schlocky, corny, daggy brilliance of Cruel Intentions: The ’90s Musical. If you’re ready for some laugh-out-loud ridiculousness and theatrical takes on throwback hits, this could be just what you’re after.

As a film, Cruel Intentions treads a complicated path. This raunchy thriller about teens either having sex with each other, or trying to convince other people to have sex with them, got hearts racing on its release in 1999. It was an era where the studios were really into mining old, old stories for inspiration for teen flicks. It was the same year that gifted us the timeless Heath Ledger vehicle 10 Things I Hate About You, based on Shakespeare’s The Taming of the Shrew. Meanwhile, Cruel Intentions took inspiration from the 1782 French novel Les Liaisons Dangereuses (which was also the basis for 1988's Dangerous Liaisons) and boasts an all-star, all-'90s cast in Ryan Phillippe, Reese Witherspoon, Selma Blair and Sarah Michelle Gellar, America’s sweetheart who was at the height of her Buffy powers at the time and really shook things up by playing a rich bitch with a cocaine habit.

The plot is somewhat convoluted, but involves the aforementioned coke-snortin’ meanie Kathryn making a bet with her stepbrother Sebastian to sleep with the new headmaster's daughter Annette, who is outspokenly “saving herself”.

While the movie holds a special place in the rose-tinted reminiscences of many millenials’ sexual awakenings, there is no denying that it doesn’t hold up under a more socially aware contemporary lens. Nevermind the taboo implications of the sexual tension between two step-siblings – this movie kicks off with the primary character revenge-porning an innocent young woman out of spite, before a string of sexual assaults are glossed over. And a lot of the so-called raunchy scenes look ridiculously cringe in retrospect. But if there is one thing we can all agree on, the grungy pop soundtrack bloody slaps – featuring '90s floor fillers by the likes of Placebo, Counting Crows, Fatboy Slim, the Verve and Blur.

So how do these moody bangers translate into a musical theatre context? Surprisingly well, for the most part, not that you’ll see half of the songs from the film in this production. It dials up the camp, with songs that are even more emblematic of the decade than the film's soundtrack was. The setlist includes hits that belong on a So Fresh mix, from NSYNC, Britney Spears, No Doubt, Mandy Moore, Christina Aguilera, Boyz II Men, and even that 'Breakfast at Tiffany’s' earworm by Deep Blue Something. Each song choice doesn’t make a whole lot of sense when you listen too closely to the lyrics, but sometimes, stupid and cute is enough.

Produced in Australia by David Venn Enterprises and directed by Alister Smith, Cruel Intentions was first adapted into a musical in 2015 by the film's director, Roger Kumble, along with Lindsey Rosin and Jordan Ross. While the setlist is contemporary through and through, the structure actually follows a rather traditional musical format. The Act One finale is a megamix that blends together songs and motifs that define each character and their motivations, not unlike a technique used in Les Misérables (just with ’90s pop songs). It even has an 11 o’clock number – the show-stopping song that occurs late in the second act, in which a major character comes to an important realisation. In it, Kathryn (Kirby Burgess) goes through a crisis of identity, culminating in an entertaining villainous arc via Burgess’ impressive vocal performance on a medley featuring ‘Genie in a Bottle’.

While the camp is dialled up to 11, it is still not entirely clear if this show is ironic or sincere, or perhaps it’s a mix of both? Many of the performers, most prominently Drew Weston as Sebastian, could more convincingly pass as a 40 year old than a teenager. Perhaps this is a commentary on how the movies of the ’90s were notorious for casting actors who were definitely not teenagers as teenagers? There is no self-aware nod to let us know whether this is the case. The ’90s Musical keeps its secrets – regardless, it would be rather uncomfortable to watch actual adolescents act out some of the raunchier scenes; and Weston sells the hell out of his role.

Another standout performance is Euan Fistrovic Doidge as Blaine, the bleach-blonde, overtly gay character played by Joshua Jackson in the movie. With the amped-up theatrics of this format, the subplot of Blaine’s troubled romance with closeted football captain Greg “The Gregster” McConnell (Joseph Spanti) pulls an even bigger spotlight – gifting the audience with a homoerotic lovers quarrel told through NSYNC’s ‘Bye, Bye, Bye’, complete with on-point boy band dance moves. It’s a stand out moment for Freya List’s choreography.

The dynamic staging, designed by James Browne, is the kind of flashy affair you’d expect of a mainstage show, punctuated by Declan O’Neill’s flamboyant lighting design. Handwritten words from Sebastian’s telltale journal appear across the stage, along with lyrics from the songs, like a mashup of a tribute to Mean Girls' Burn Book and karaoke prompts. Craig Wilkinson’s video design pushes the kitsch aesthetic even further – another style choice that is never defined as purely ironic or sincere, but is nevertheless impactful.

But what is evident is that this nostalgia-fuelled romp is a whole lot of fun, best enjoyed in the company of others who are down for some over-the-top musical action in the name of ’90s pop-culture memories (and maybe a couple of vinos to wash it down).

Want more? Here are the best and biggest musicals opening in Sydney this year. 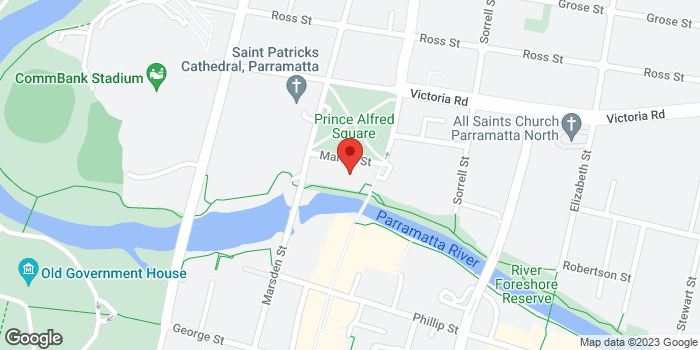