First Love is the Revolution review 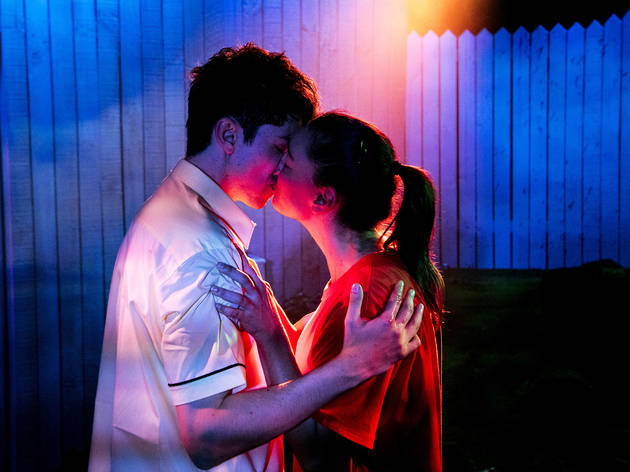 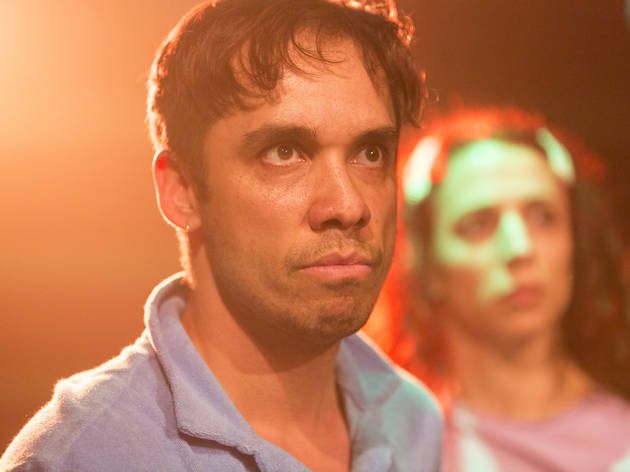 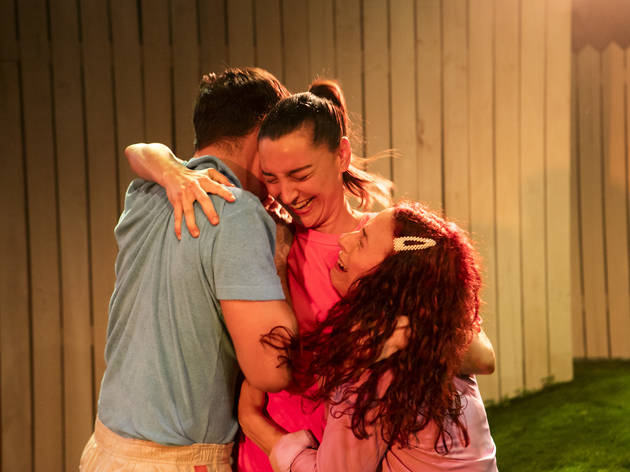 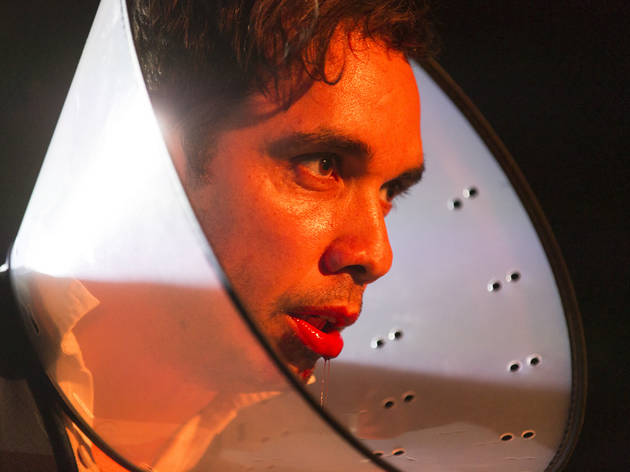 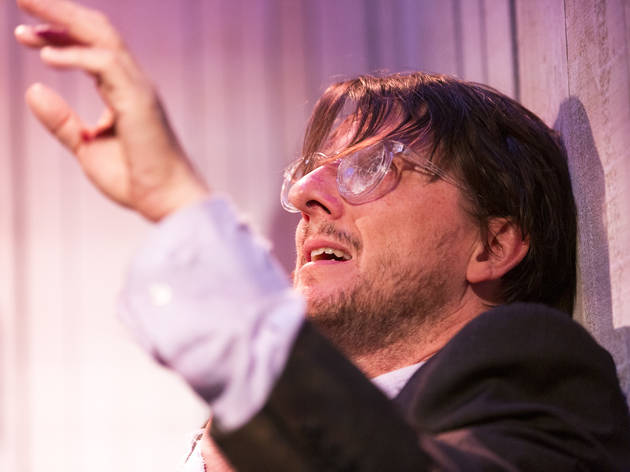 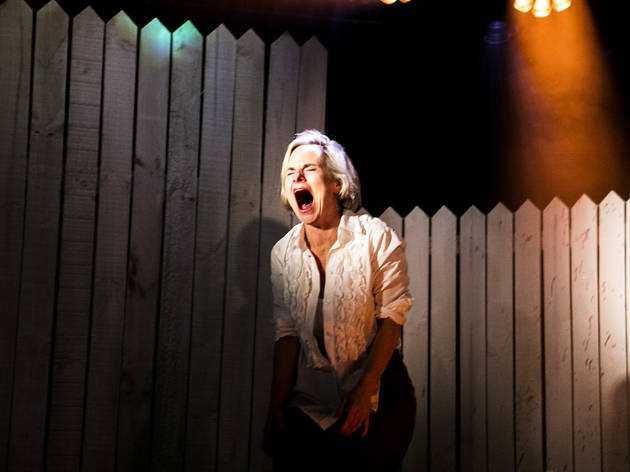 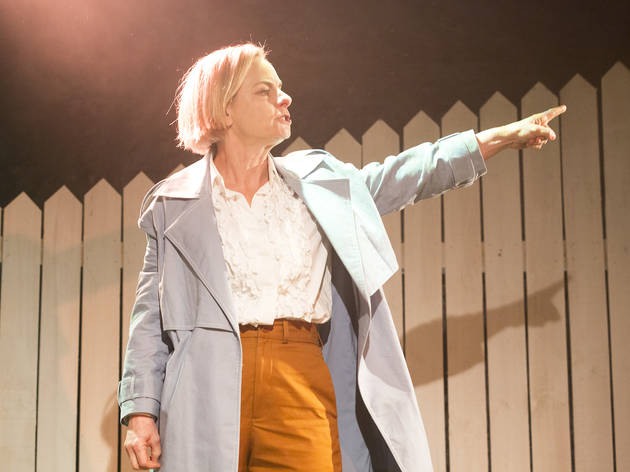 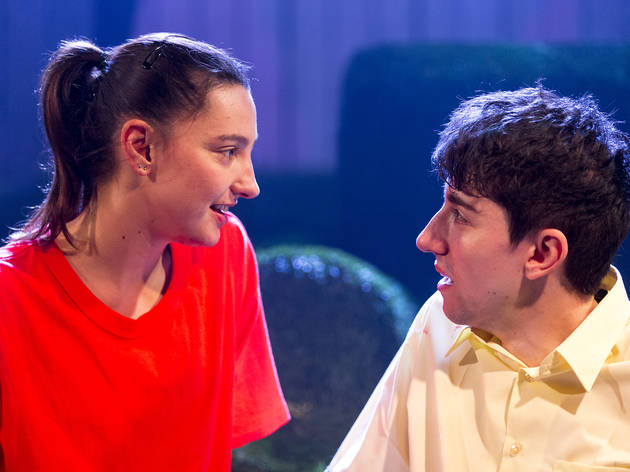 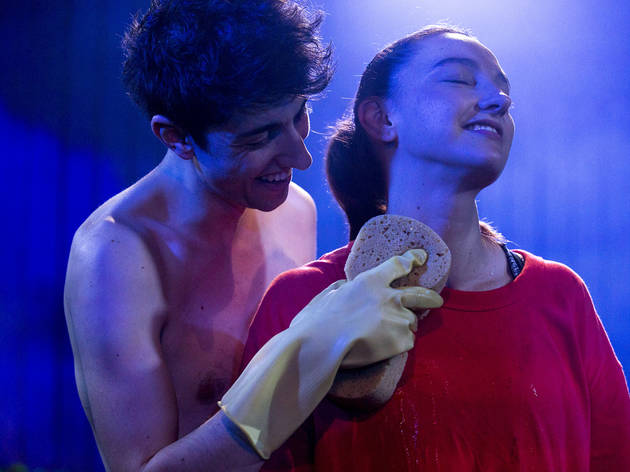 A forbidden teen romance is given a playful and furry rom-com spin in Griffin Theatre Company's First Love is a Revolution, a sparky take on what is typically a one-species genre. Both loopy and brilliant in equal measure, this is a inter-creature love story between a fox and a human (yes, you read that correctly). Somehow, in Rita Kalnejais’ propulsively original script, it doesn’t come off nearly as absurd as it sounds. In fact, its anthropomorphic characters give the play a breath of fresh air – zippy with kinetic energy, endlessly amusing and very endearing.

The show opens on young fox Rdeca’s (Sarah Meacham) first attempt at a kill (of a softly protesting mole), and her moral conflict is instant and clear. “Trust the destiny in the kill,” her mother advises her when she hesitates – a phrase that’s repeated over the course of the play like a mantra. It seems that Rdeca’s destiny is to also meet Basti (Bardiya McKinnon), a 14-year-old human boy who puts out a fox trap in the hope of making a fur stole for his sick mum. But as soon as Rdeca’s mouth opens, and Basti miraculously understands her words, his butter knife is thrown to the side. And they’re soon infatuated with one another: he leaves her chicken (her favourite food), she teaches him how to hone his hunting instincts. It’s an unlikely pairing, but also one that makes strange, perfect sense. Both feel misunderstood by their families, and in each other’s company, they begin to discover stirring new emotions, surroundings and experiences. It’s whirring and all-consuming. It’s most recognisably, first love.

It’s sweet watching this unconventional relationship blossom, all set against the background of their respective family dynamics, which become progressively complex as the real-world consequences of their romance come to light. But it’s never done without a glimmer of optimism or galloping fun. Every moment is a whim, an adventure – and under Lee Lewis’ light, lively direction, it sweeps us from right under the couple’s feet (and paws), right into the heart of their adolescent desires. And it’s a hell of a lot of fun too, seeing them aggravating the aggressive guard dog of a chicken coop; or revelling in their love under the night sky.

Kalnejais’ imaginative writing is full of surprises and charged with dynamic vim. To its core, the play is a coming-of-age tale: of Rdeca and Basti seeing eye to eye, despite their very obvious physical differences — there is a commonality in language and compassion, and an erasure of prejudices that comes with that connection. It’s here that the enjoyably offbeat tone of Kalnejais’ script also takes a more serious turn for her star-crossed lovers, imposing an obstacle that could tear them apart: the cruelty and callousness of human beings. The play’s parallels to Romeo and Juliet’s bloodier family feuds manifest in a subplot between Rdeca’s fiercely protective mother (Rebecca Massey) and Basti’s bumbling Dad (Matthew Whittet) – but the darker undertones of this story don’t quite come through as successfully as its more upbeat central flirtation.

Nor does it feel as invigorating as its playground of distinctively entertaining characters. The actors switch in between creatures with a metamorphic ease, bringing alive the idiosyncrasies of each of the animals, who talk, walk and dress like humans – with their own quirky mannerisms and tics (and it’s frighteningly accurate). Amy Hack, Guy Simon, Massey and Whittet are splendid, all playing an array of characters, from chickens (in hilarious costuming of party hats and puffer jackets) obsessed with grass seeds, to Rdeca’s bouncy siblings and a sultry, attention-seeking cat. Meacham and McKinnon are also a lovely, captivating pair, and centre the play with a goofy curiosity that allows the play to rub off with a beguiling fizz.

Trent Suidgeest’s lighting is divine, capturing the skies’ gloaming colours and soaking Ella Butler’s clever design of rolling, grassy mounds (fashioned with a chair) with all the eye-popping colours of teenage euphoria. And David Bergman’s cinematic score pulses with a thrumming vitality that keeps the story as aurally enthralling, as its visuals.

Ultimately, the production flourishes when it leans into its rom-com flavour, which brims with exciting exuberance – oddities and all. And it’s got enough of it to sustain the highly bonkers, highly spry premise. So much so, that while the play may preach first love as its source of rebellion, perhaps it’s the show’s charming inventiveness that signifies the real mini-revolution after all.