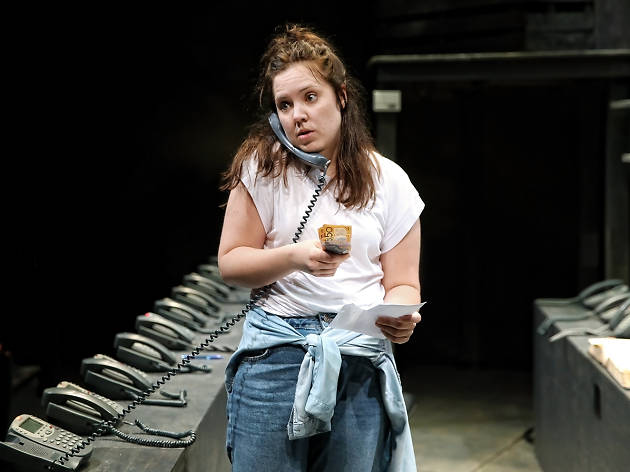 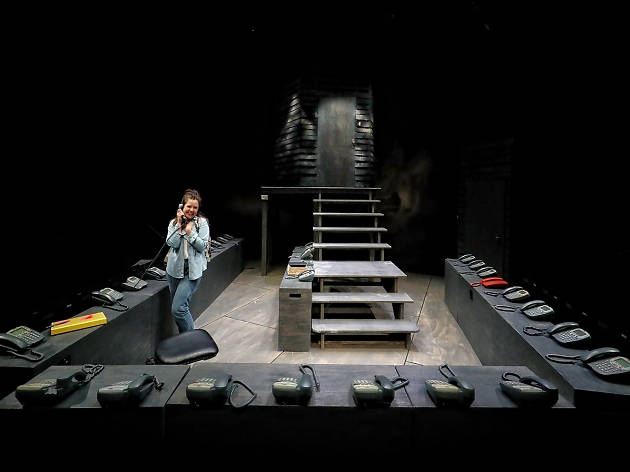 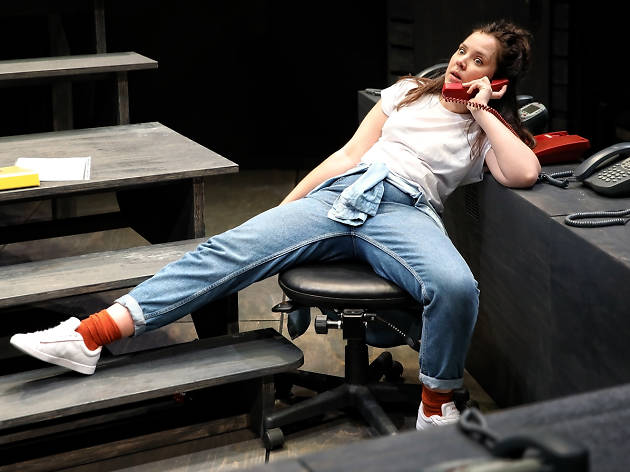 This hit Broadway comedy is returning to Ensemble Theatre

If an exclusive fine dining restaurant is booked out for the night, they might use the term “fully committed” to describe the situation to deep-pocketed callers clamouring for a reservation.

Now imagine you answer those calls. It’s not your dream, obviously (that’s acting), but this pays the bills. It’s a terrible job – rich idiots and creepy men yelling at you constantly – but you’re handling it. Until one day that’s already a bad day: your girlfriend just left you, you’re anxious to hear about an acting gig, you’re missing your dad. And then your co-workers haven’t shown up, and you have to manage the switchboard alone. And when the restaurant’s tables fill up three months in advance, those callers are probably not going to be happy with you.

That scenario is the premise for Becky Mode’s Fully Committed, a whirlwind of a one-hander full of chirping phones and entitled customers. Everyone is terrible: the “bad boy of the kitchen” chef, the sexist maître d', the receptionist gatekeeper at her agent’s office, the movers and shakers who simply have to have a table for that evening. And Sam has to handle it all on her own. She misses the staff meal, she can’t go to the bathroom and upstairs keep asking her to clean up a terrible mess, even though that’s clearly out of her remit, because Heston Blumenthal is in the building and they’re all in a tizz.

The actor who plays Sam and the 31 other characters in the show (every voice at the end of a line) is usually a man. Here, though, we’re blessed with rising star Contessa Treffone, fresh off her leading role in Sydney Theatre Company’s gender-blind Lord of the Flies and clearly game to tackle the massive part. This production, directed by Kate Champion, has also picked up the play and brought it from the US to Sydney: the molecular gastronomy dining establishment that is Sam’s personal hell is now located in Woolloomooloo. This lets Treffone affect a range of Australian accents and dialects, most of which are well-defined and all of which are consistent.

Rather than keep Treffone at a switchboard or giving her a headset for aimless roaming, Champion and set designer Anna Tregloan have ringed the stage with banks of telephones. Champion, with long roots in dance and physical theatre, has choreographed a frenetic pattern of ringing handsets for Treffone to answer. This creates room for slapstick – she dashes from handset to handset and leaves receivers dangling – but Champion’s pace is slower and safer than madcap, which dulls the edges of the concept.

Treffone is easily likeable and pleasantly malleable, slipping from Sam to socialite to upstairs staff with ease. The horror of the job is lightly handled, so the play doesn’t bite, but the scenes where Treffone has to carry deeper and more personal emotion – like her phone calls with her dad – carry genuine warmth.

This isn’t a play made thoughtlessly – Champion’s direction is expansive, built for chuckles, and Treffone’s affability is carefully and smartly constructed – but it’s a light comedy that you can watch thoughtlessly. You can ride the wave in safe, comfortable hands. And next time you have to call a customer service line, you might be a little more polite.