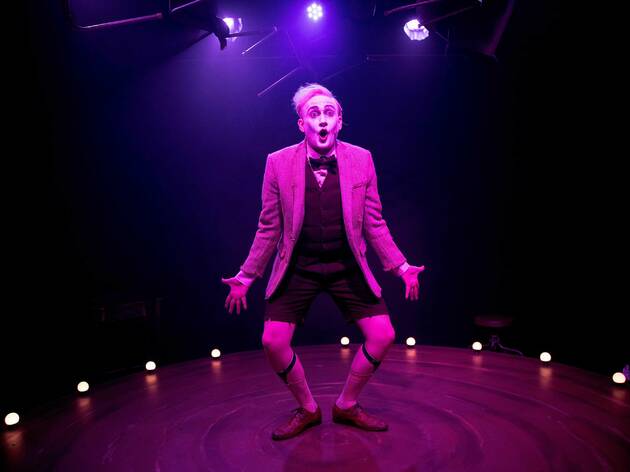 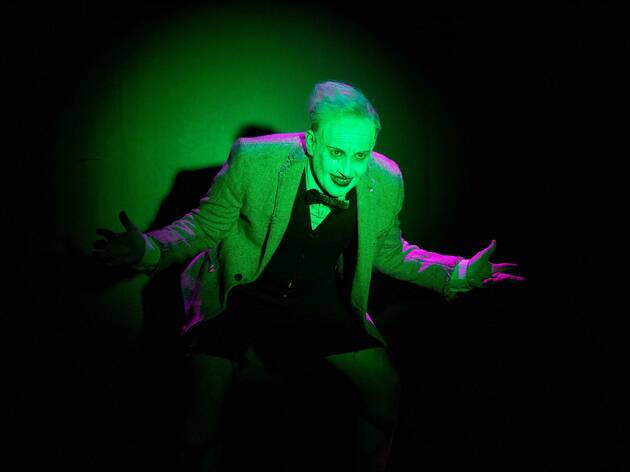 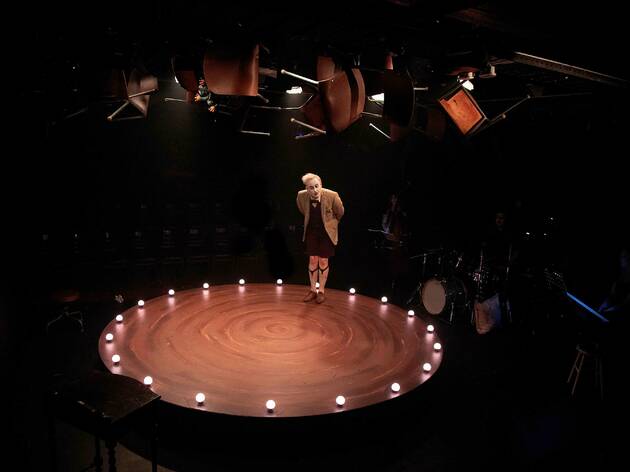 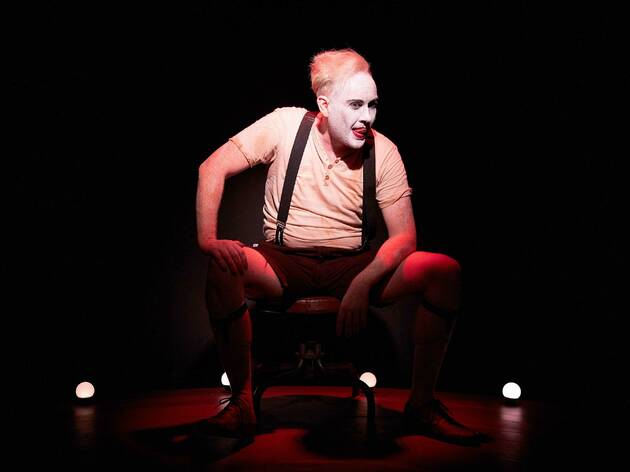 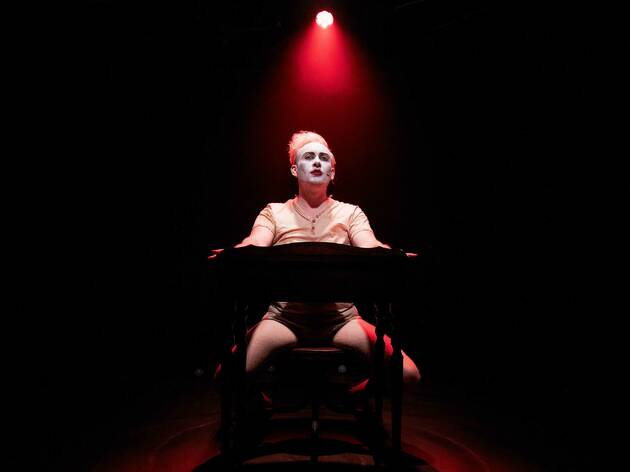 Musicals have been made about plenty of unlikely topics: ghostly singing teachers, scam artists, sympathetic scam artists, and let’s not forget trains who have feelings. But Herringbone may just rise above the rest in the weird category: it’s about an eight-year-old boy in the Depression era whose family sees him as a meal ticket out of poverty. All they have to do is make him a vaudeville star.

And then he’s possessed by the ghost of a dead vaudevillian – the other half of his mentor’s old double-act – and that ghost is hell-bent on revenge.

To give Herringbone a real shot at working on stage, you need a loving director – you can’t work with Herringbone unless you are going to care for its absurd needs – and a superlative performer. And this production has got it in one with director/performer Jay James-Moody. One of our best clowns of musical comedy (he spent the past couple of years as the standby Elder Cunningham in the Australian production of The Book of Mormon), James-Moody is also a longtime indie musical theatre director. This production marks the return of his company, Squabbalogic – pioneers of Sydney’s now nationally influential boutique musical theatre scene. It’s good to have them back.

James-Moody takes full command of the piece, slipping from grizzled ghost to Southern Mama to gentle boy with supple, subtle skill, tossing comic asides to the audience that are well-judged and always funny. He elevates the material, even when it gets dark – and it does get very dark, particularly with issues around sexual consent and the body of a small boy. When it gets uncomfortable, it still works, and that’s because this is a controlled chaos, well contained and not quite threatening.

Herringbone was written in 1975 and in many ways was ahead of its time: its score is a pastiche of music hall, patter and Broadway standard, and flows easily from its place within the witty, bonkers book. It works well in the tiny Kings Cross Theatre space, on a tree-stump stage with minimal though clever props. James-Moody keeps the story intimate and unavoidable, delighting in each strange turn – but he also honours the emotional realities of that weirdness (a hallmark of every successful magically-inclined genre piece).

While the last 20 minutes or so of the piece – that part where it gets dark – might be too off-the-rails for some audience members, and certainly the taste level of the source in these moments is a bit questionable, it’s such a spectacular crash off the rails that you can’t help but strap in for the detour – and because we feel safe with James-Moody, you get the sense that somehow things will be alright again.