Moulin Rouge! The Musical has finally made its dazzling debut in Sydney, and everyone's invited. The costumes are glittering masterpieces, the staging is the most sumptuous and marvellous you’re ever likely to see, the dance numbers are dynamic and technically flawless, and each and every performer is worth their weight in diamonds.

From the moment you enter the theatre, the scene is set. The neoclassical interior of the Capitol Theatre has been transformed into Paris’ most exciting burlesque club, the Moulin Rouge, with red velvet drapes and chandeliers leaping out from the stage, which is flanked by a customary red windmill and a humongous blue elephant. It is well worth taking your seat early for this show, as the ensemble seductively linger around the theatre and wind around go-go dancer cages to set the sultry mood. The show opens with a bang, as a troupe of “Lady M’s” – aka Nini, Chocolat, Babydoll and Arabia (Samantha Dodemaide, Ruva Ngwenya, Christopher Scalzo and Olivia Vásquez) – performs ‘Welcome to the Moulin Rouge’, the famous medley featuring the movie’s biggest hit song, ‘Lady Marmalade’.

It’s not hard to see why this production took out no less than ten Tony Awards in 2021. The first Australian-produced musical to open on Broadway, Moulin Rouge! also became the first Australian-produced show to win a Tony for best musical, beating Jagged Little Pill and Tina: The Tina Turner Musical. The show’s arrival in Sydney is also a homecoming of sorts; it is of course based on the 2001 Baz Lurhmann film, which was filmed here.

Fans of that movie (or the Puccini opera La Bohème, which inspired it) will be familiar with this show’s story. Naive young songwriter Christian (Des Flanagan) from Ohio arrives in Paris, is swept up in the Bohemian movement, and falls in love with the star of the Moulin Rouge, Satine (Alinta Chidzey). The love is (reluctantly, at first) reciprocated, but made more difficult by the fact Satine must court the rich, villainous Duke of Monroth (Andrew Cook) so that he’ll save the Moulin Rouge from financial ruin. Who would have ever thought that this tale set in the Bohemian slums of turn of the century Montmartre would become one of our Emerald City’s most shiny and highest-grossing hits?

Chidzey (who played Velma Kelly in the recent production of Chicago, opposite Natalie Bassingthwaighte and Casey Donovan) gives an entirely different leading lady to the pale, delicate Satine portrayed by Nicole Kidman on the screen. A relative newcomer, Flanagan shines with tortured grace, supported by a voice that is as pristine as the crystal-studded gown she wears as she makes her first entry descending from the rafters. As the Duke, Andrew Cook emanates the persona of exactly the kind of strangely alluring, soft-goth creep you would want your recently single friend to steer well clear of.

The lush, potent visuals of Lurhmann’s film make for a luxurious source material and director Alex Timbers, handpicked by Lurhmann himself, alongside associate director Jacinta John, interprets them well. Complete with pyrotechnics, this show is worth seeing for the sets (by scenic designer Derek McLane with set design associate Isabelle Hudson) and costuming (Catherine Zuber with Janet Hine) alone.

Some 70 odd songs – most of them chart-topping bangers – are packed into this two-hour extravaganza. Some of the reinterpreted pop songs from the film are present and accounted for, but some of the numbers suffer from what feels like an attempt to shoehorn in every single top ten hit from the past decade. Some of the songs work better than others – a mashup of Lady Gaga’s ‘Bad Romance’ really picks things up at the start of Act Two, and Outkast’s ‘So Fresh, So Clean’ is a surprisingly good fit for the Duke and his fellow high society types as they promenade down the Champs-Élysées. Others, like Katy Perry’s self-esteem anthem ‘Firework’, are more debatable choices.

While we would never criticise a stage musical for not being a direct transposition of its movie counterpart, there are some songs that are disappointing absent from this production, like the dramatically foreboding take on Queen’s ‘The Show Must Go On’ and the comically ridiculous version of Madonna’s ‘Like a Virgin’. The clever way songs were reworked for the film iteration is also less apparent in the stage version. While the new mashups are fun and performed with bucket-loads of talent, they are so instantly recognisable – more up-market karaoke than creative adaptation – that they sometimes distract from the story and the action, rather than furthering it.

However, one area where this new version does do better than the film is the diverse representation, which scores points with us. It’s not major, but it’s not inconspicuous. The sexuality of the club’s proprietor, Harold Zidler (Simon Burke), is confirmed by a kiss with a male concubine. And one of the gregarious Lady M’s who opens the show, Babydoll, is not all that she seems at first, performed by Christopher J Scalzo in drag. The range of body types amongst the Lady M troupe is also refreshingly diverse. While no one should get a pat on the back for putting ladies with thick thighs on a dance lineup nowadays, the sad truth is that many mainstream burlesque-lite acts usually stick to showcasing one particular body type (thin, white, large-breasted) rather than the wonderful variety of forms, nationalities and gender expressions celebrated on underground burlesque stages.

While a few of the musical choices may sometimes distract from it, there is plenty about this show that holds true to the bohemian ideals at its heart. After all, if nothing else, should we not uphold the values of truth, beauty, freedom and, above all else, love? For the stunning visuals and the opening act alone, you’ll be can-can-kicking yourself if you sleep on Moulin Rouge! The Musical.

Want more? Check out the best shows to see on Sydney’s stages this month. 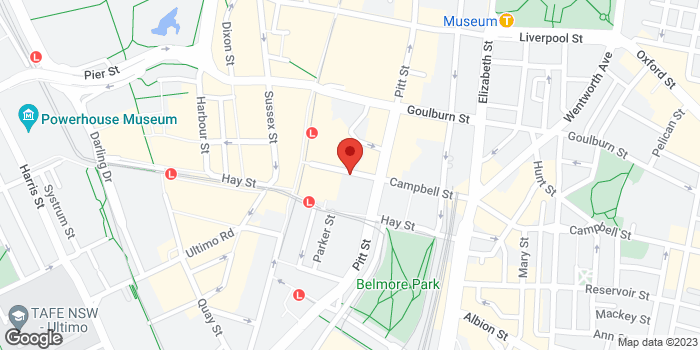