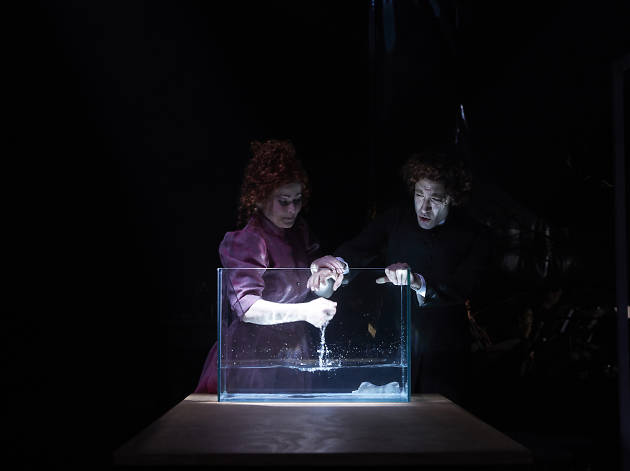 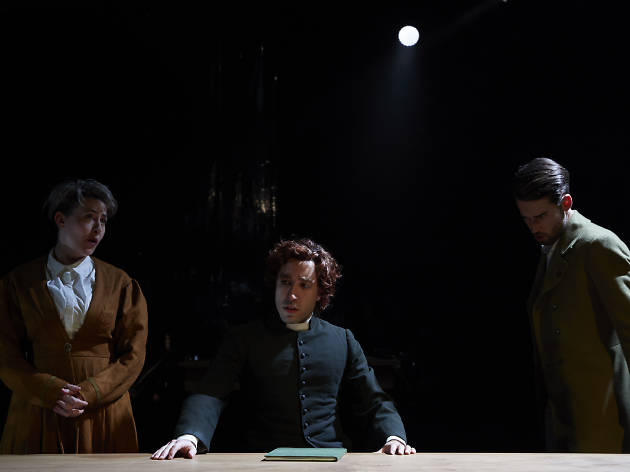 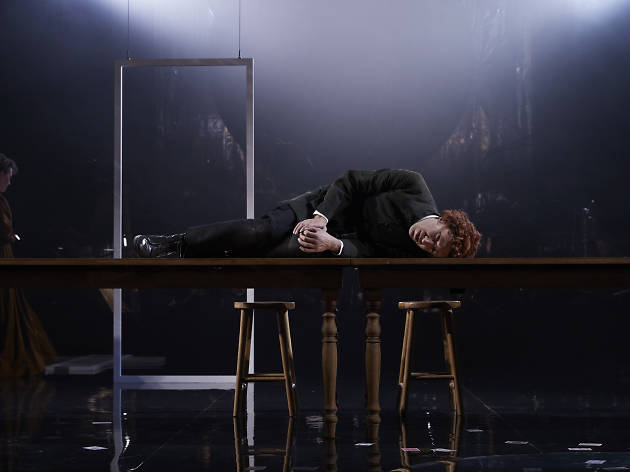 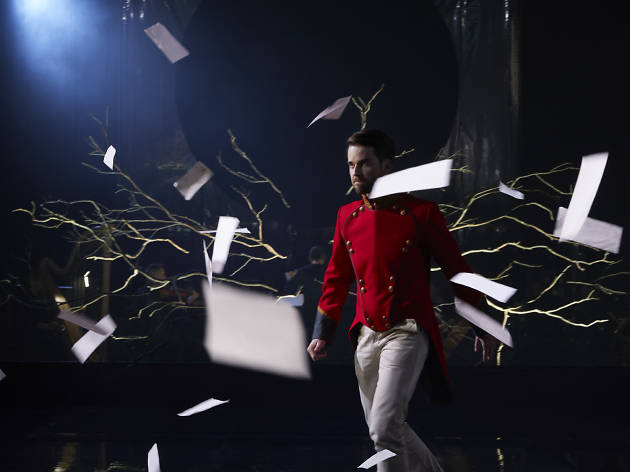 It’s not every day a major new Australian opera premieres in Sydney. Operas are fiendishly difficult to get up; it can take a lot of development to make them really soar, and most are super expensive. But this July, two new operas have premiered within just a few weeks of each other: Opera Australia’s Whiteley and Sydney Chamber Opera’s adaptation of Peter Carey’s 1988 novel Oscar and Lucinda.

Despite the fact that they’re two operas that take wildly different musical approaches to their subjects – Elena Kats-Chernin’s score for Whiteley is largely lyrical and lush, while Elliott Gyger’s Oscar and Lucinda is angular, jagged and full of nervous intensity – they’ll be inevitably compared. And on most counts, Oscar and Lucinda is the more exciting and assured work.

Librettist Pierce Wilcox has made light work of adapting a weighty narrative into two hours of opera. His first act weaves together the lives of Oscar (Brenton Spiteri), who is training to become a priest in England, and Lucinda (Jessica Aszodi), a Sydney heiress who purchases a glass factory with her inheritance. It’s not until the end of the first act that the pair finally meet on a ship bound for Sydney, where they discover they’re both addicted to gambling and find an unlikely source of support in one another. The story culminates in an enormous wager involving a glass cathedral, which has the potential to change their lives forever.

Wilcox finds plenty of poeticism in Carey’s story while the narrative unfolds. There are occasional moments where those unfamiliar with the source material might be a touch confused, but it’s refreshing to have a libretto that trusts its audience to draw their own conclusions.

Despite their beauty, Wilcox’s words don’t always capture the intensity of feeling that Oscar and Lucinda feel for one another, which should be at the core of this story and the difficult ending the pair meet. But Gyger’s score is always there to raise the emotional stakes, and it does this gorgeously. He uses challenging harmonies and astringent vocal lines, but ties the music so perfectly to the narrative that you never really feel like you’re being pushed in an unexpected direction. The orchestra, under Jack Symonds, scales the emotional heights of the score and there are some wonderful moments for soloists, including a tormented double bass line late in the second act.

Everything unfolds on Anna Tregloan’s expansive set, which is part black box theatre, part glass blowing factory, and part Brechtian deconstruction. Director Patrick Nolan keeps a tight handle on the work’s emotional terrain, using just four large tables, a few props, and a fishtank of water that proves pivotal. He has an excellent cast of singers with real dramatic chops at his disposal. Spiteri and Aszodi are well-matched as the titular pair, and both tackle the challenges of the score with plenty of spirit. But it’s near impossible to take your eyes of Aszodi, who dives headfirst into the character and sings with rich intensity across all of her range. They’re well supported by Mitchell Riley, Simon Lobelson, Jeremy Kleeman and Jane Sheldon in a variety of smaller roles. Sheldon occasionally sounds underpowered in her lower register, but is brilliantly unsettling as Miriam Chadwick, the woman who poses a significant threat to Oscar and Lucinda.

Sydney Chamber Opera has proven itself to be an essential company in Sydney’s arts landscape in its decade of operation, and Oscar and Lucinda is another feather in its cap. That it manages to exceed Opera Australia’s big new Australian work with just a fraction of that company’s resources is hugely impressive and a great win for the little guys.