Parton the curtain on '9 to 5 the Musical'

Dolly Parton would agree she has "little feet", but it's hard to dispute that she has very big shoes to fill. This is the task faced by musical theatre star Erin Clare. She’s playing the role of Doralee Rhodes in the Australian stage musical version of 9 to 5, the role played by Parton in the hugely successful 1980 film of the same name. After a long postponement, 9 to 5 the Musical will have its Sydney premiere at the Capitol Theatre this February before heading to Melbourne in July. Clare spoke to us about the themes, the songs and slipping into Dolly Parton’s “teeny, tiny little shoes”.

Apart from playing a lead role in the film, Parton wrote the iconic theme song for the movie and has written all the songs for the musical, so she casts a long shadow over the 9 to 5 brand. It is something that’s very present for Clare.

“Doralee Rhodes, she’s a bright and beautiful country girl, obviously made famous and iconic by Dolly Parton herself. And she really is the essence of Dolly without actually being an autobiographical character of Dolly Parton,” says Clare.

The performer, who recently starred in the hit production of American Psycho the Musical, watched a lot of interviews with Parton, trying to glean her essence in portraying Doralee without creating a caricature.

“[Doralee] is often undermined and underestimated because of the way she looks, but she is smart as a whip and she stands up for what is right. So she really brings a fun, comedic, country element that is so reflective of the score and this whole piece in general, and of Dolly,” she explains.

Clare is one of the original cast members who was poised to grace the stage in mid-2020 before 9 to 5 joined the ranks of shows sidelined by the pandemic. Of that stacked cast, most have returned: Caroline O’Connor (Roz), Marina Prior (Violet), Eddie Perfect (Mr Hart) and Clare in the principal roles. Joining them afresh is Casey Donovan in the role of Judy Bernly (played by Jane Fonda in the movie). 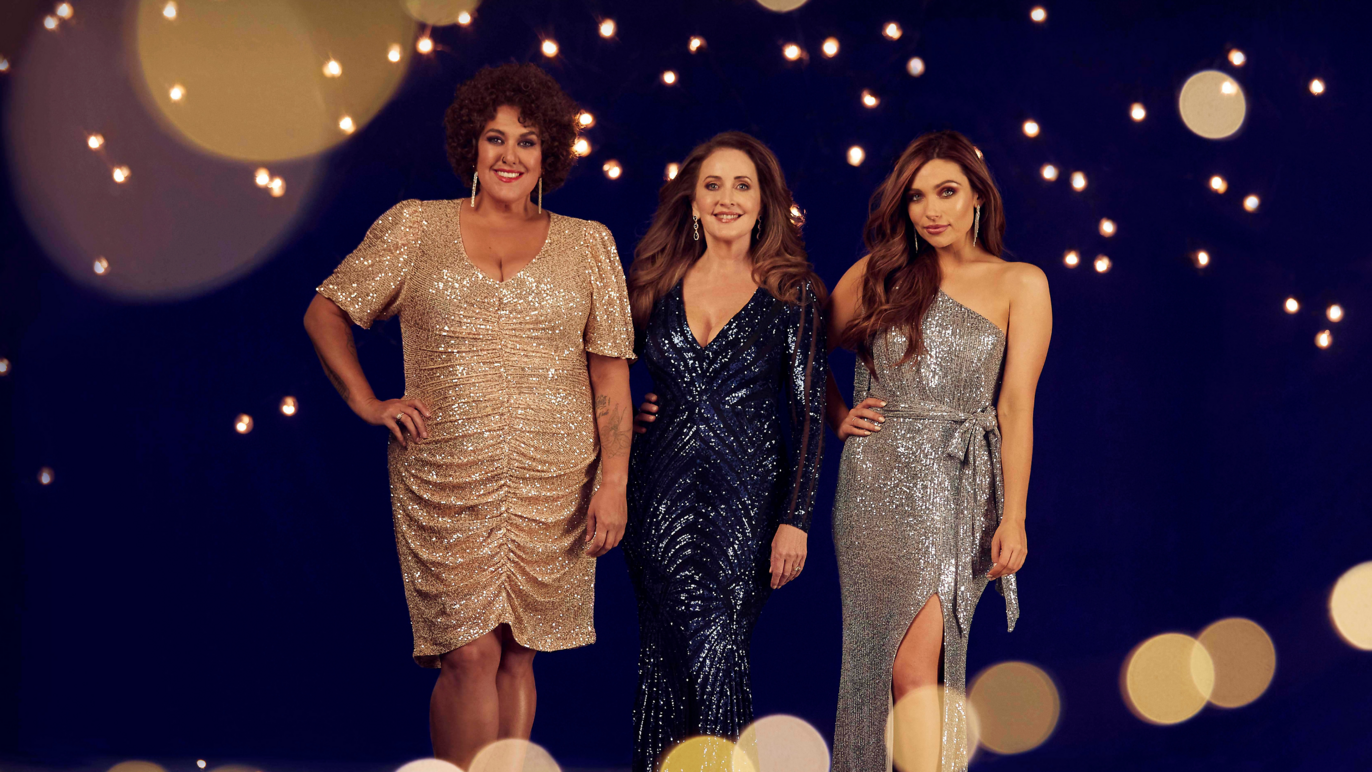 “I’ve worked with Casey before,” says Clare. “I love Casey. I respect her so much as an artist. I’m so happy that she’s going to bring such a different flavour to this role.”

If you’re at all familiar with the film – or even Jane Fonda –  you might find it hard to imagine Donovan playing Judy. Donovan is normally cast as a strong, confident character who belts out tunes – think Matron Mama Morton in Chicago or the Killer Queen in We Will Rock You.

“I think it’s such creative casting and a really amazing other side that we’re going to see to Casey when she plays the meek and mild Judy Bernly,” says Clare. “And she’s going to absolutely rip the roof off with ‘Get Out and Stay Out’, which is her 11 o’clock number. I am thrilled to hear it.”

Clare explains that each of the lead characters gets their moment in the spotlight and a chance to sing a song written especially for them (by proxy, at least) by Dolly Parton. The sets are lush, vivid and fun, incorporating mechanical switches and multimedia elements. Parton herself makes an appearance at each performance thanks to the magic of a digital screen. “It’s glitzy, it’s very Broadway, West End. It’s high production values, let’s say, with a beautiful score and very classic, jazzy Broadway choreography,” Clare adds.

Patricia Resnick wrote the screenplay for the 1980 movie and also wrote the book for the musical adaptation. The germ of the story goes back even further, to 1973, when a woman named Karen Nussbaum set up a labour union called 9to5: National Association of Working Women to advocate for the rights of women in the workforce once servicemen started returning from the Vietnam War.

Nussbaum had been a vehement anti-war protestor and met the equally strident Jane Fonda through their mutual activism. When Fonda heard about Nussbaum’s 9to5 organisation and its championing of women’s rights, she offered to help out in the best way she knew how – by making a feature film to spread the word.

Resnick, then only 26 years old but having already worked with the likes of Robert Altman, caught wind of the project and wanted to be involved. She was hired as the writer but then realised she’d never actually worked in a large office environment and had no experience to draw from.

The movie studio suggested Resnick spend some time at its insurance company’s offices in Los Angeles. She did, and it was here that she gathered stories and met workers who would later inform the characters and plot of 9 to 5. The resulting film was a comedy with some pretty outlandish capers, but some of the real-life tales Resnick heard were equally unbelievable.

One boss asked his secretary to sew up a split in his pants – while he was still wearing them. Another gave his secretary a beeper, asked her to go to a local bar, scour the scene and beep him if she spotted a woman that suited his taste.

The character of Doralee Rhodes was directly based on a woman who, because of the way she looked, was rumoured to be sleeping with her boss. This woman broke down and cried when she shared her story with Resnick.

The film exceeded all expectations, becoming the second biggest box office hit after Star Wars: Empire Strikes Back that year and making unlikely superheroes of Jane Fonda, Lily Tomlin and Dolly Parton. The trio reunited at the 69th Emmy Awards in 2017 and delivered the iconic line from the film about a "sexist, egotistical, lying, hypocritical bigot”, this time in reference to then president Donald Trump.

Forty years after the film was released, the themes, alas, remain relevant. For Clare, the musical feels empowering, optimistic, and, above all, loads of fun: “I think what the world needs at the moment is just joy and entertainment and that visceral experience of sitting in an audience and feeding off the performers.”

9 to 5 the Musical plays the Capitol Theatre from February 16 and at Arts Centre Melbourne from July 10. For tickets and further information, visit 9to5themusical.com.au.