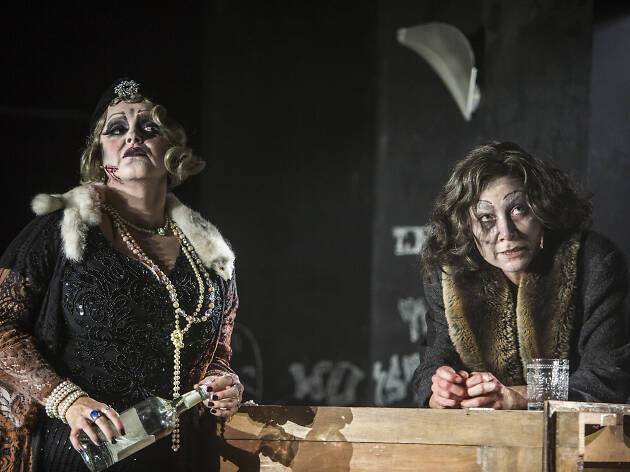 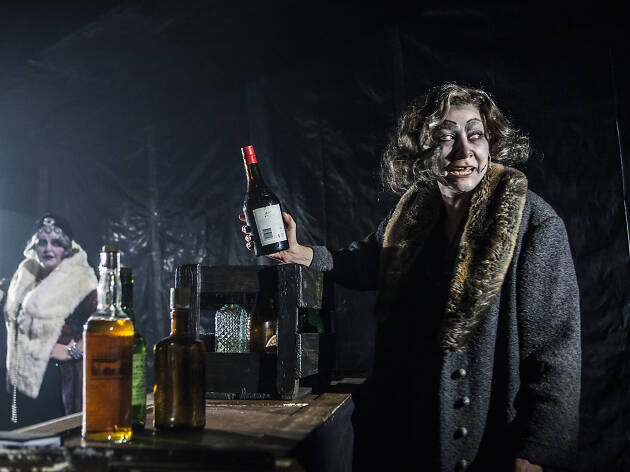 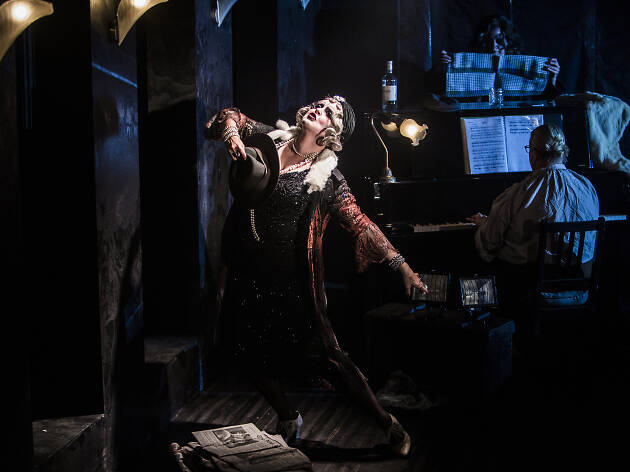 If you leave the Hayes Theatre, turn left, and wander for around 15 minutes – as Potts Point turns into Kings Cross and gives way to Darlinghurst – you’ll find yourself in a small bar called Love, Tilly Devine. It’s chic (GOOP calls it seductive) with expensive wines and exposed brick, and it’s named for one of the most powerful women in East Sydney’s turbulent heyday. A Madam mogul with 30 brothels in her portfolio and one of Sydney’s deadliest gangs at her beck and call, Tilly Devine was a force to be reckoned with. And now she’s sharing the stage at the Hayes with Kate Leigh, her legendary rival, in a new musical called Razorhurst.

Kate Leigh’s former home, for the record, is now the site of a Surry Hills coffee shop. But bars were always a Kate Leigh thing – she ran ‘sly grog’ shops, a regular beer baron for the 1920s, back when Australian pubs closed at 6pm. Her gang, armed with razors, would meet Tilly’s in the streets and stab out the women’s differences.

In Razorhurst, Devine and Leigh are ghosts who meet up at that coffee shop here in the present (it’s a gently evocative old-world design by Isabel Hudson). The building has just been purchased by Devine’s descendants, and Tilly (Amelia Cormack) is there to evict Kate (Debora Krizak) once and for all. But Kate isn’t going anywhere without a fight.

These two women are stuff of Aussie legend, immortalised in Channel Nine’s Underbelly: Razor, books, documentaries, and comic strips. That particular strip was the impetus for Razorhurst. Director Benita de Wit sent it on to writer and lyricist Kate Mulley and composer Andy Peterson, and now here we all are. Razorhurst has retained the broad, playful tone of the cartoon, though not always to its credit.

Over the course of 90 minutes and several songs, accompanied onstage by musical director Lucy Bermingham on the piano, the women trace the well-worn paths of their pasts: their first meeting, Sydney’s razor gang wars, respective stints in lock-up, and, eventually, their vulnerabilities. It’s bawdy, direct, colloquial and hammy. It’s also a mess.

Sometimes, it really works – in large part due to Cormack’s fearless and funny take on Devine – but it’s a musical swimming outside the flags, a puzzle missing critical pieces. While the “In 2019, two ghosts reminisce” framing device is a solid one that allows space and a critical reason for the action to unfold, there are some serious structural deficits in the story (and the less said about the ghosts commenting on how people these days are spending too much time staring at screens, the better).

De Wit directs Razorhurst like watching a hailstorm on a patio – half-presentation, half-scattered excitement – and the story pelts down on us in strong, erratic bursts. The establishing and oft-reprised ‘The Worst Woman in Sydney’ is more of a concept than an introduction to or revelation about these two women, who audiences may know nothing about – and yet it’s the musical guide, an emotional life-raft, we’re given for the Razorhurst universe. And while there are two near-affecting emotional numbers late in the piece, one for each woman and beautifully sung by Cormack and Krizak, they just don’t land. Emotional stakes need to be set up before you can expect them to pay off.

This is a recurring theme in Razorhurst – the audience is frequently locked out of the touchstones that shape the story and invite them into it. Devine and Leigh’s most notorious moment in history, the razor gang wars, is poorly set up in the show’s book and disposed of in one neat, facile number. There’s a surfeit of ‘easter eggs’ for each character that make the story richer, but the musical points its compass in several different directions and doesn’t follow through on any of them. The end result is unfocused and unsatisfying.

And precious time is wasted on repetition: Mulley frequently summarises musical numbers in the scenes immediately following them, as though they exist outside the book, and her lyrics are frequently superficial. Peterson’s compositions borrow appealingly from music hall and jazz, but when coupled with Madison Lee’s showy, often over-choreographed period dance steps, it feels a bit like overkill and a deflection from genuine emotion: there’s power in letting two great actors like Cormack and Krizak do a little less, especially in a small theatre like the Hayes.

Razorhurst is an admirable but ultimately disjointed attempt to explore two women crushing it in an underworld that should have crushed them. Still, it isn’t without its charms. It can be funny, and Cormack lights up the stage as the uninhibited Devine. Location matters, too: these women onstage walked the same streets you may have used to get to the Hayes, or go to a bar, or catch your train home, and the heartbeat of local history has its own power.